Pranav Anand added another accolade to his name after becoming India's 76th Grandmaster. He drew his final round game to clinch the Gold in World Youth Under-16 Open. That is not the only Gold medal India won at this event. Ilamparthi A R also won a Gold medal in the Under-14 Open category. He defeated Filip Magold (ROU) in the final round to finish with 9.5/11. He also won the Anish Giri Deathmatch scholarship worth ₹200000 which was announced yesterday after the boy claimed the Gold. The 12-year-old is also gaining 114.4 Elo rating points. 16/18 Indian participants are gaining rating. The highest gainer is Kanishka S. She is gaining a mammoth 282.4 Elo rating points. Photo: David Llada

15-year-old Pranav Anand both literally and figuratively had a Golden week. First he became India's 76th Grandmaster on 15th September and then he clinched the Gold on the following day. One could not have asked for a better finish after becoming a GM. With the exception of Under-16 Girls, in the remaining five categories, all Gold medalists won decisively, having a minimum of a half point gap with the Silver medalists. However, in the Under-18 Girls section, WIM Mariam Mkrtchyan (ARM) scored 11/11 which means she has won all her games. She finished 2.5 points ahead of the runner-up. 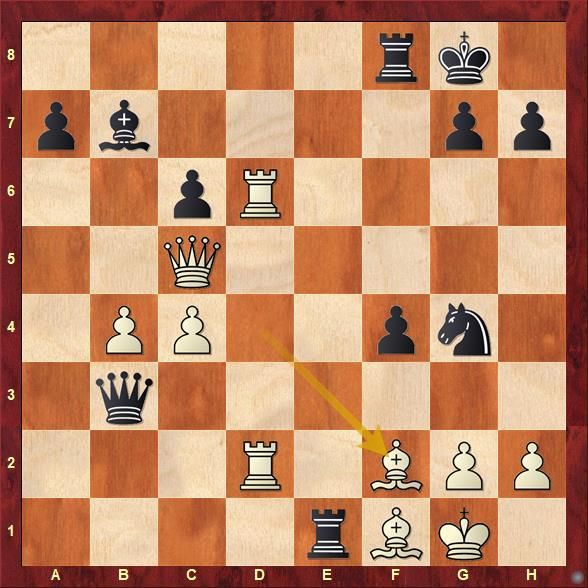 It is not just about how you attack in a given position, it is also about how you provide resistance to your opponent's attacking advances. Something Filip Magold (ROU, 2267) learnt it the hard way against Ilamparthi A R (2269). The game continued 28...Nxf2 29.Rxf2 instead Qxf2 was a better choice 29...Qe3 the game has already started going out of White's hands. 30.Rd7?? Bc8 the better continuation was 30...Ba6 31.Rxa7?? was the final mistake. 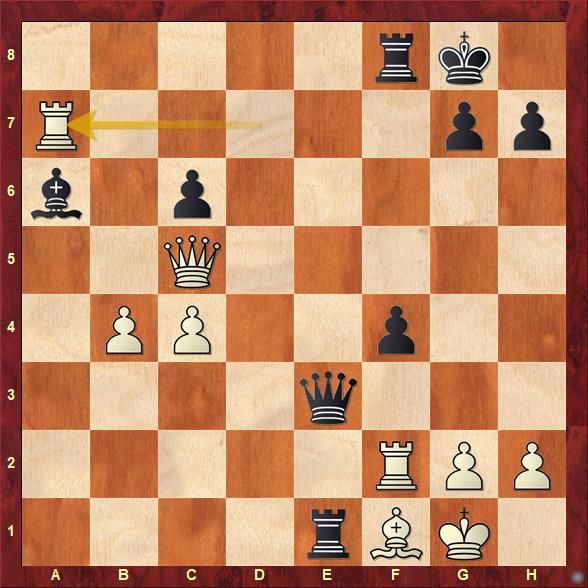 Can you find out the winning combination which Ilamparthi executed in the above position to become World Under-14 Open champion?

As announced yesterday on our fb page, World Class player and Netherlands no.1 Anish Giri has donated ₹200000 from his Deathmatch prize winnings to Ilamparthi A R. This is surely going to inspire Ilamparthi to do more well in his future endeavors.

Replay Round 11 Under-14 Open games

Replay Round 11 Under-16 Open games

Round 11 results in all categories

Details: Under-14 Open and Under-16 Open

Final standings in Under-14 Open

Final standings in Under-16 Open

Individual performances of all Indian players