Visakh NR joint winner at the Alekhine Memorial 2019 in Voronezh

Fighting against some of the strongest Russian players on their home soil, India's 60th GM Visakh NR finished as the joint winner along with GM Boris Savchenko at the 23rd edition of the Alekhine Memorial in Voronezh. Visakh played some enterprising chess and took great risks to play for wins with both white and black pieces. In this report you will find not just pictures from the event, but also detailed game analysis and also four instructive video interviews. In those videos you can see how four GMs analyze their best games over a chess board with plenty of variations, concepts and ideas. A power packed report from Voronezh in Russia by Rupalli Mullick.

For all those who have missed, here's round 1-5 report from Voronezh 2019

As expected, the Alekhine Memorial finished with a heavily fought battlefield since the top board players had to fight tooth and nail to stay ahead of the rest of the field. IM Sergey Pavlov (UKR),  Arseniy Nesterov (RUS) and Azamaty Utegaliyev (KAZ) were clear leaders after five rounds with a 4.5/5, but 16-year old, untitled Arseniy Nesterov (RUS) won everyone’s hearts with his fabulous, solid performance on the top table and managed to maintain a half point lead after round 6 over the rest of the players. At the end of the eighth round, Arseniy was at leading with 6.5/8, while there were 8 players trailing the 16-year-old by only half a point at 6.0/8. The ninth round presented many twists and turns and ended up with both Visakh and Savchenko tying for first place with 7/9. But due to a better tiebreak Savchenko clinched the title. 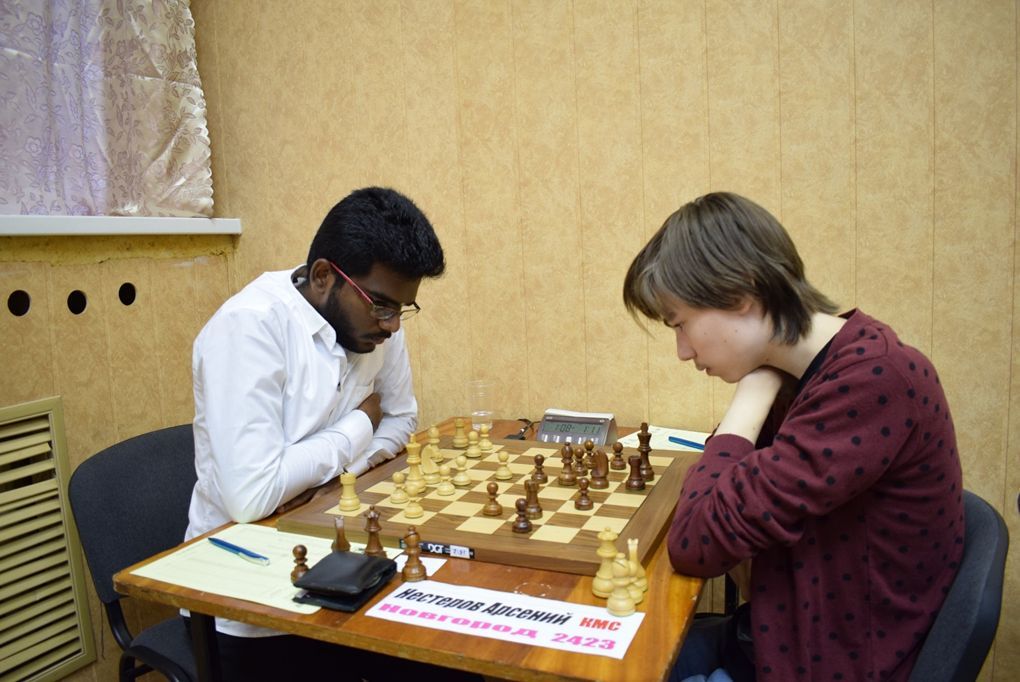 Ultimately it came down to the last round, as GM Visakh NR showed his edge against youngster Arseniy Nesterov when he scored a crucial win on board one, moving closer to a top 3 finish. | Photo: Rupali Mullick 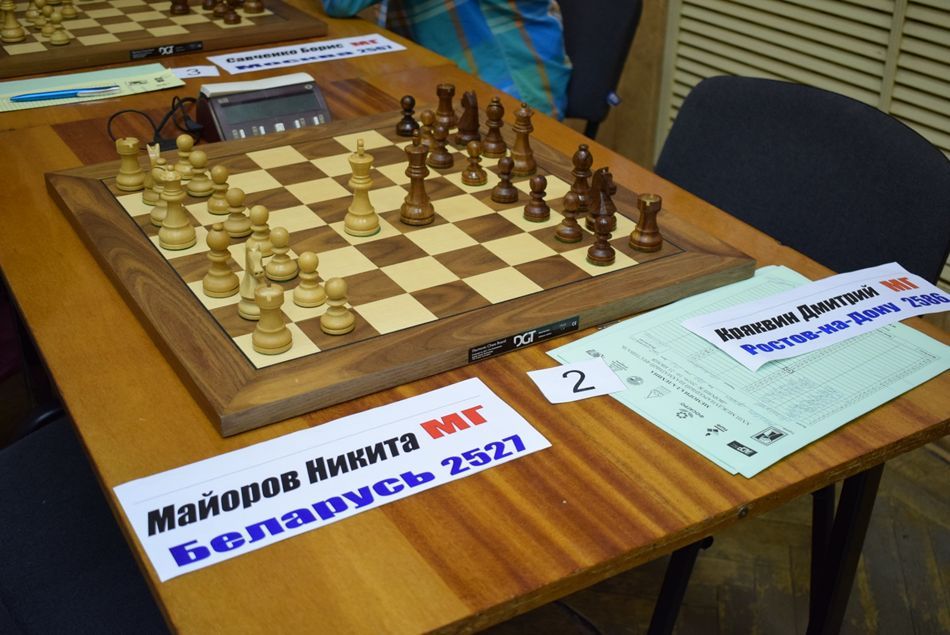 GM Maiorov Nikita took an early draw against GM Kryakvin Dmitry on board number 2, and ended up with 6.5/7  | Photo: Rupali Mullick Whereas GM Boris Savchenko, who was in a must win situation for a top 3 finish, scored a brilliant win on board three against IM Pavel Sergey, who had been in the top 3 finishers all through the tournament! | Photo: Rupali Mullick Untitled and very talented Utegaliyev Azamat from Kazakhstan conceded to a draw against GM Nikita Meshkovs on Table 4 and missed out on a top 5 finish, but took home a GM norm with a performance rating of 2612!  | Photo: Rupali Mullick 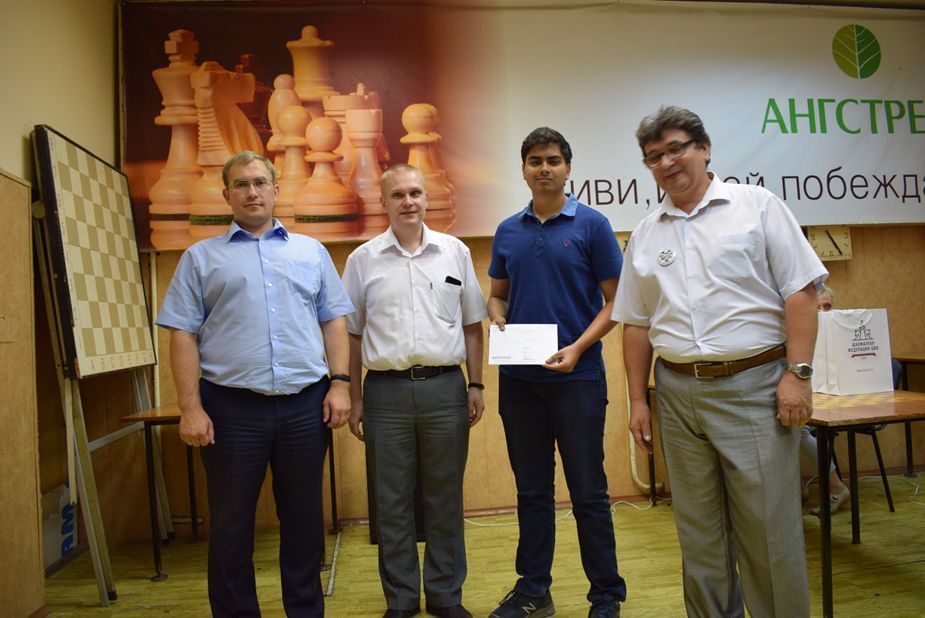 GM Abhimanyu Puranik of India had to settle for an early draw by repetition against Belarusian GM Alexei Fedorov, thus finishing with 6/9. He was given a special prize of 3rd Best Foreigner.  | Photo: Rupali Mullick
Check out the amazing world of complicated calculations by Abhimanyu Puranik 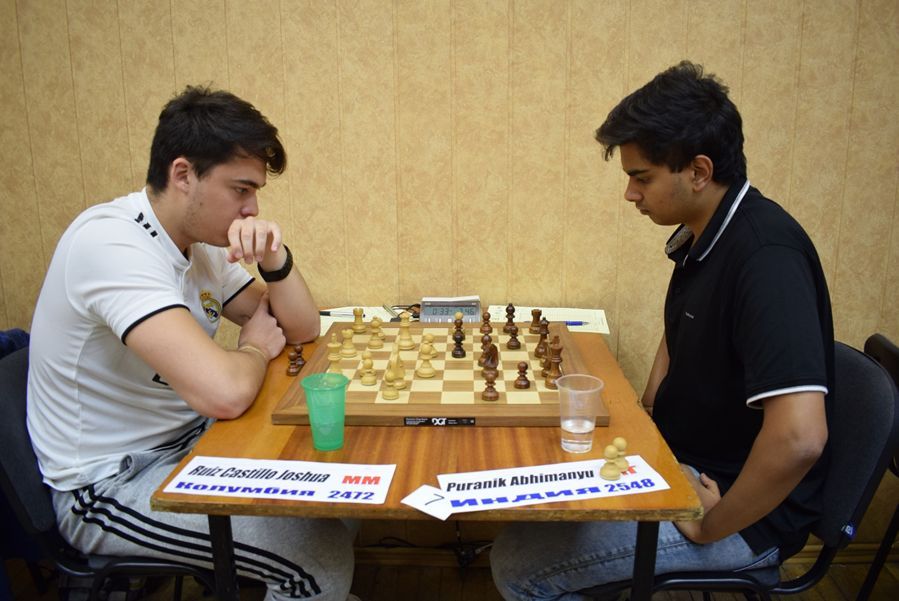 IM Ruiz Castillo Joshua Daniel from Columbia crossed 2500 ELO Rating and got his GM Title after defeating GM Abhimanyu Puranik in Rd 7, he also won the special prize of 2nd Best Foreigner.  | Photo: Rupali Mullick
Interview with Joshua Ruiz at the end of the tournament. He also shows his win over Abhimanyu Puranik 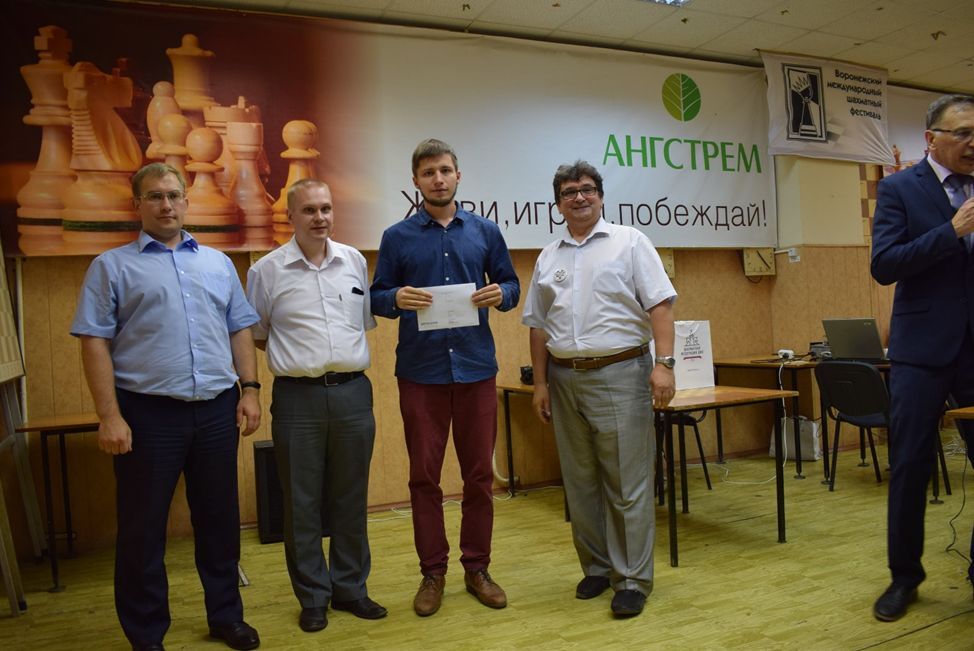 IM Pavel Sergey, who was consistently amongst the top 3 finishers up until round 9 not only missed the tournament title with his last round loss against GM Boris Savchenko, but also missed his final GM norm. He took home the special prize of ‘Best Foreigner’  | Photo: Rupali Mullick Alexander Krivtsov (2234), a cadet of the Air Force Academy won the best Voronezh player award with his noteworthy score of 5.5/9, gaining 44 ELO points 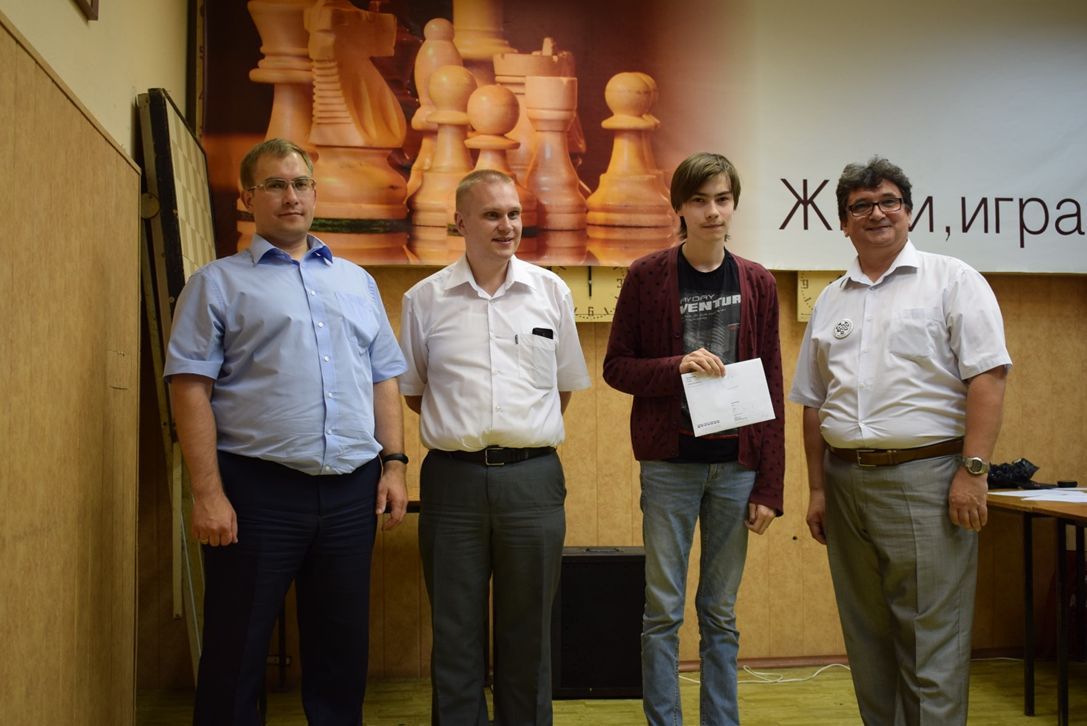 16-year-old unititled Arseniy Nesterov of Russia played a fabulous tournament and was the sole leader after round 8, but narrowly missed finishing first by his last round loss against Indian GM Visakh N R. He settled for 5th place with 6.5/9, but more importantly took home his GM norm with a performance of 2651, gaining 28 ELO!  | Photo: Rupali Mullick 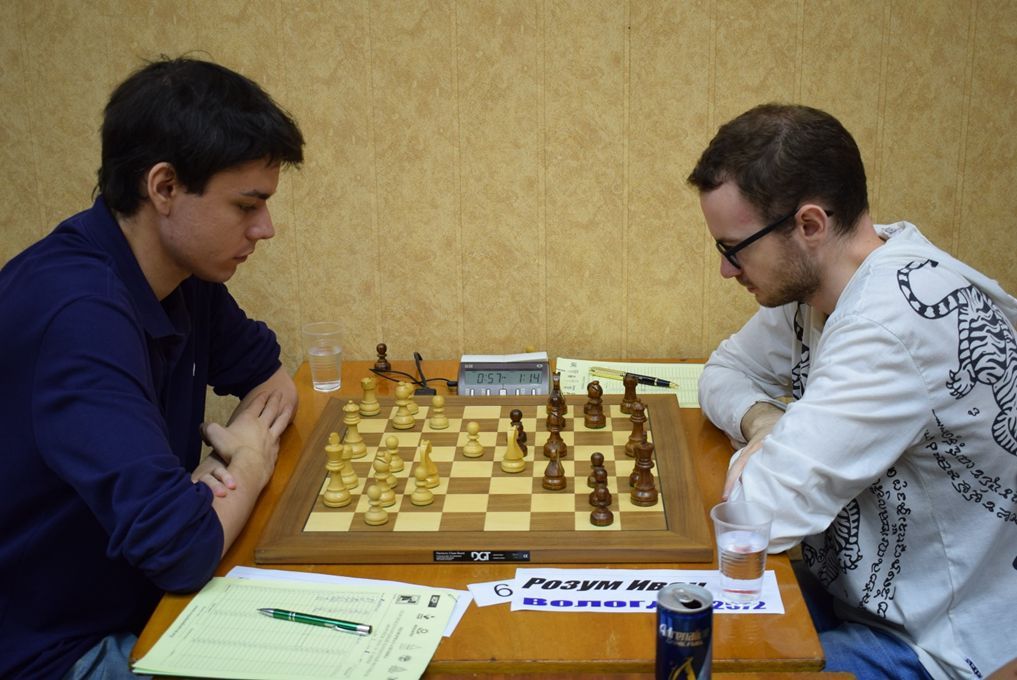 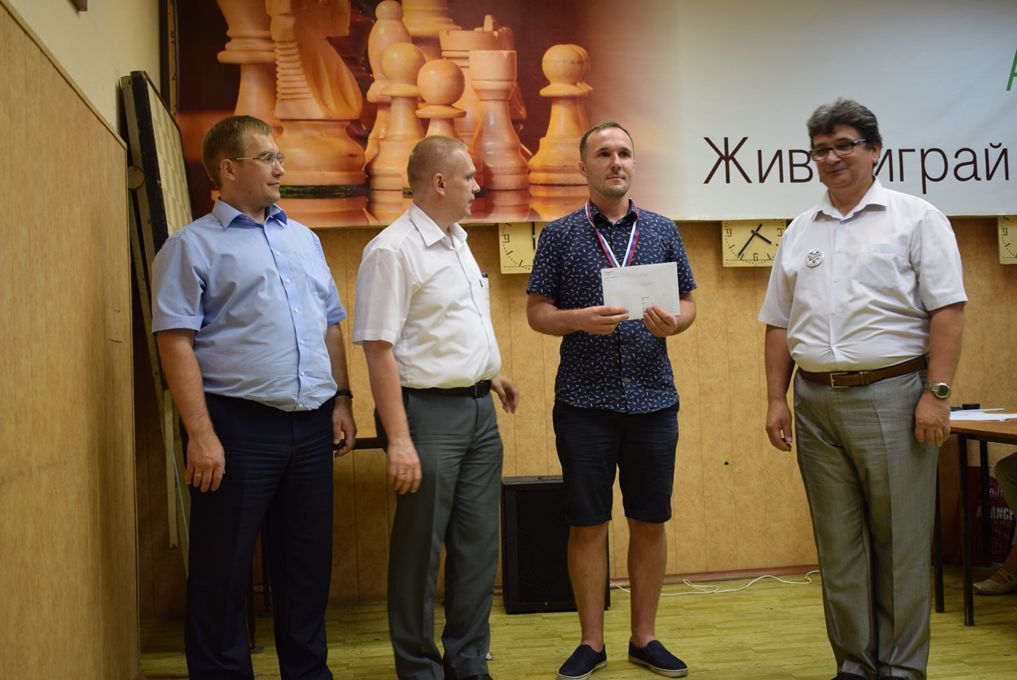 GM Nikita Maiorov of Belarus came in third with the best tiebreak at 6.5/9  | Photo: Rupali Mullick 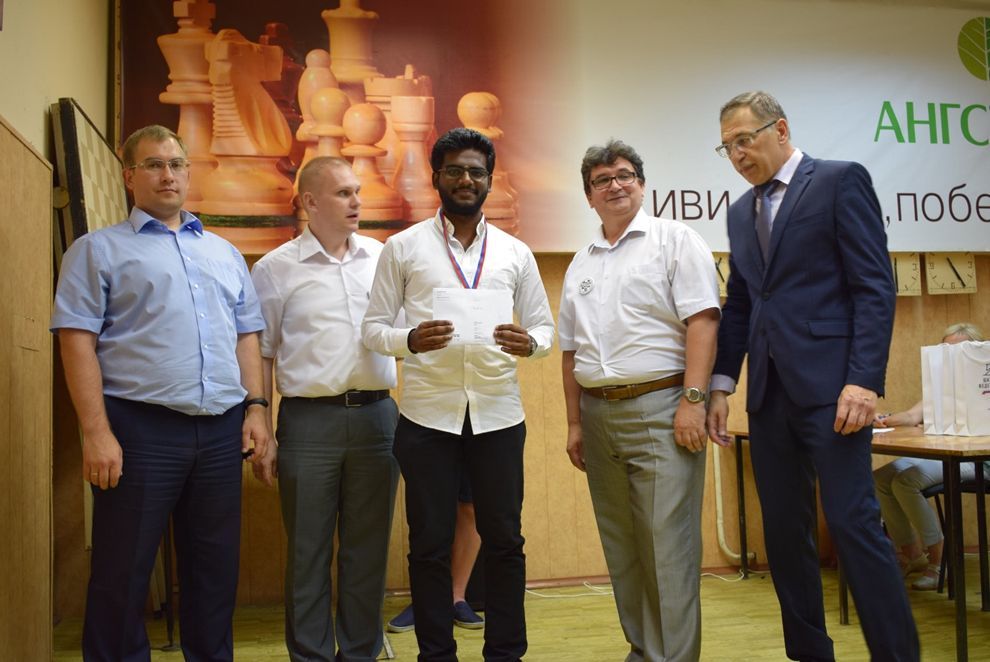 GM Visakh N R finished joint first, but had to settle for second place due to a worse tiebreak at 7.0/9  | Photo: Rupali Mullick
It speaks volumes about India's 60th grandmaster Visakh NR's strength that he played two tournaments in Russia - Kazan and Voronezh and finished joint first in both of them. In Voronezh, Visakh started off with 3.5/5, but ended strongly with 3.5/4 to finish as the joint winner with Boris Savchenko. In this interview with Rupali Mullick, Visakh speaks about his uncompromising attitude towards chess and shows his 8th round win against GM Aleksey Goganov. 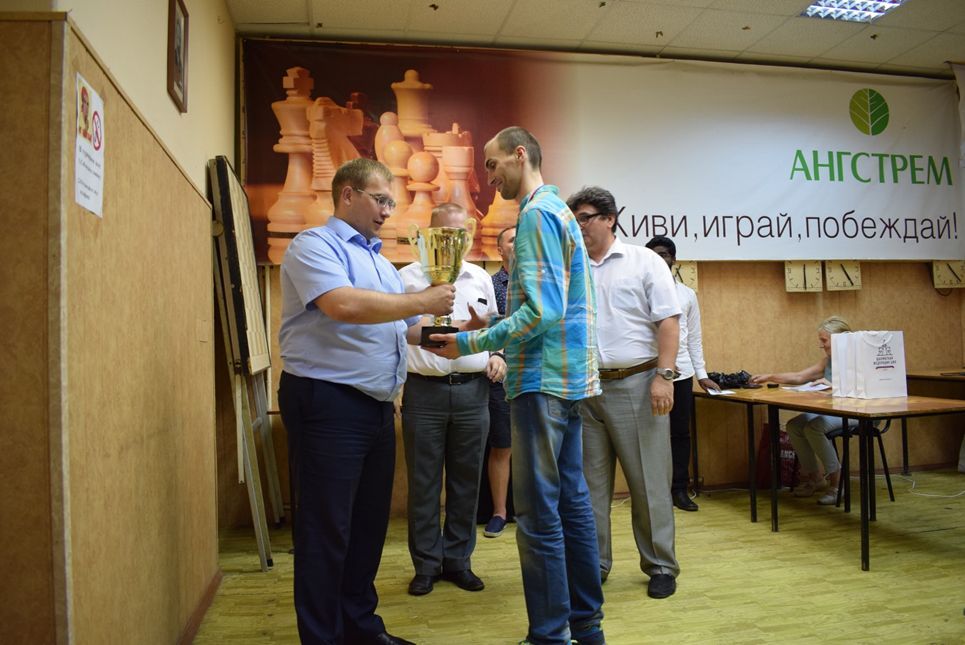 The winner of the tournament Russian GM Boris Savchenko with 7.0/9  | Photo: Rupali Mullick
In this video Savchenko shows his game against Rudik Makarian (2383). The way Savcheno attacks his opponent is just so instructive. And he also asks questions to the viewers to pause and think for the best move for white at regular intervals. We recommend you to pause the video and think about the move. Lastly Boris also have important words of advice for youngsters on how to improve as chess players. 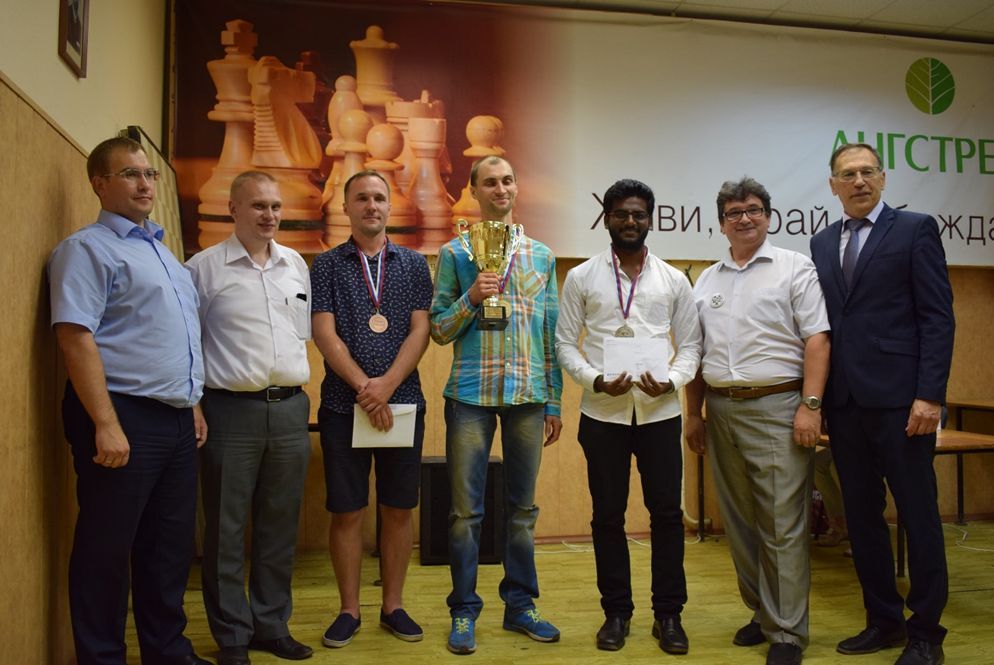 The top 3 finishers with the organizers  | Photo: Rupali Mullick 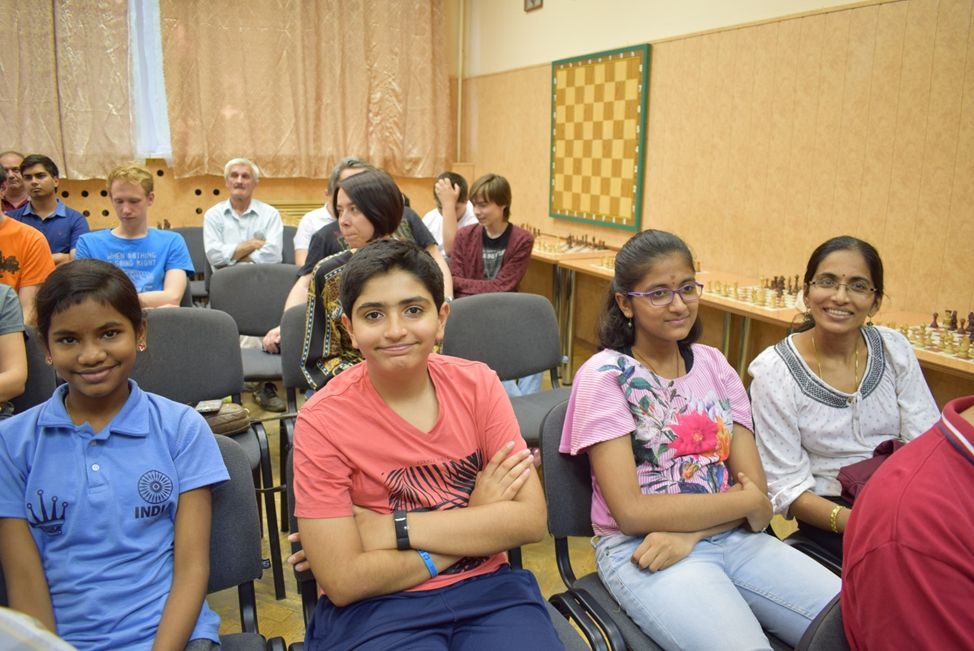 The Indian youngsters fought hard against the strong Russians and learnt tremendously from them! You may not have the best tournament but when you still go home smiling, it shows the grit and determination of these youngsters!  | Photo: Rupali Mullick 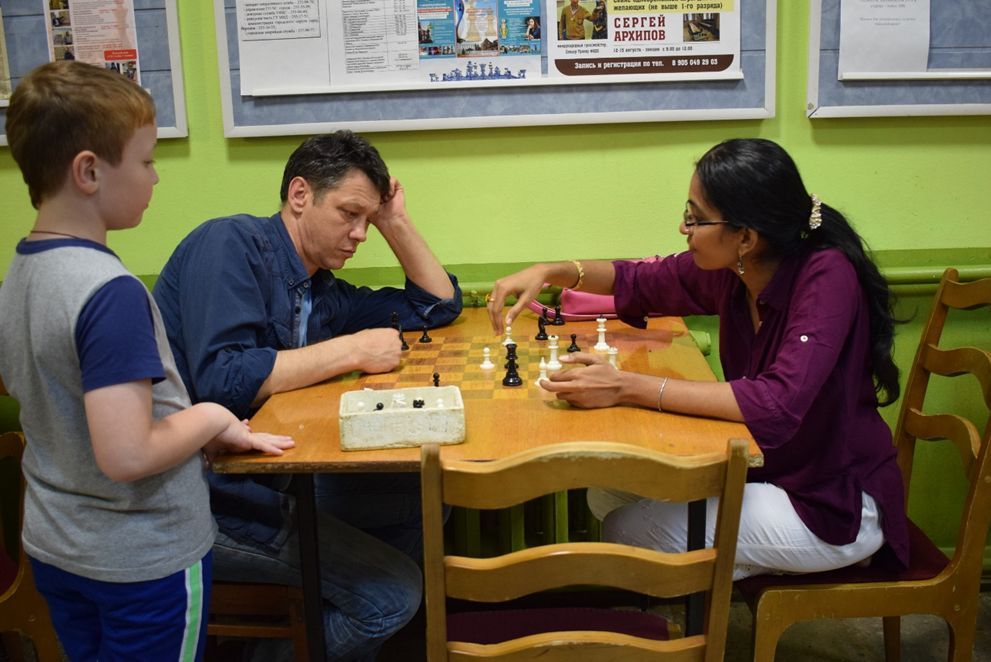 While the players fight it out inside the playing hall, Chess mom and WIM Sai Meera uses her time outside to ‘talk Chess’ with a local Voronezh player (almost every day!), even though they don’t speak the same language!   | Photo: Rupali Mullick 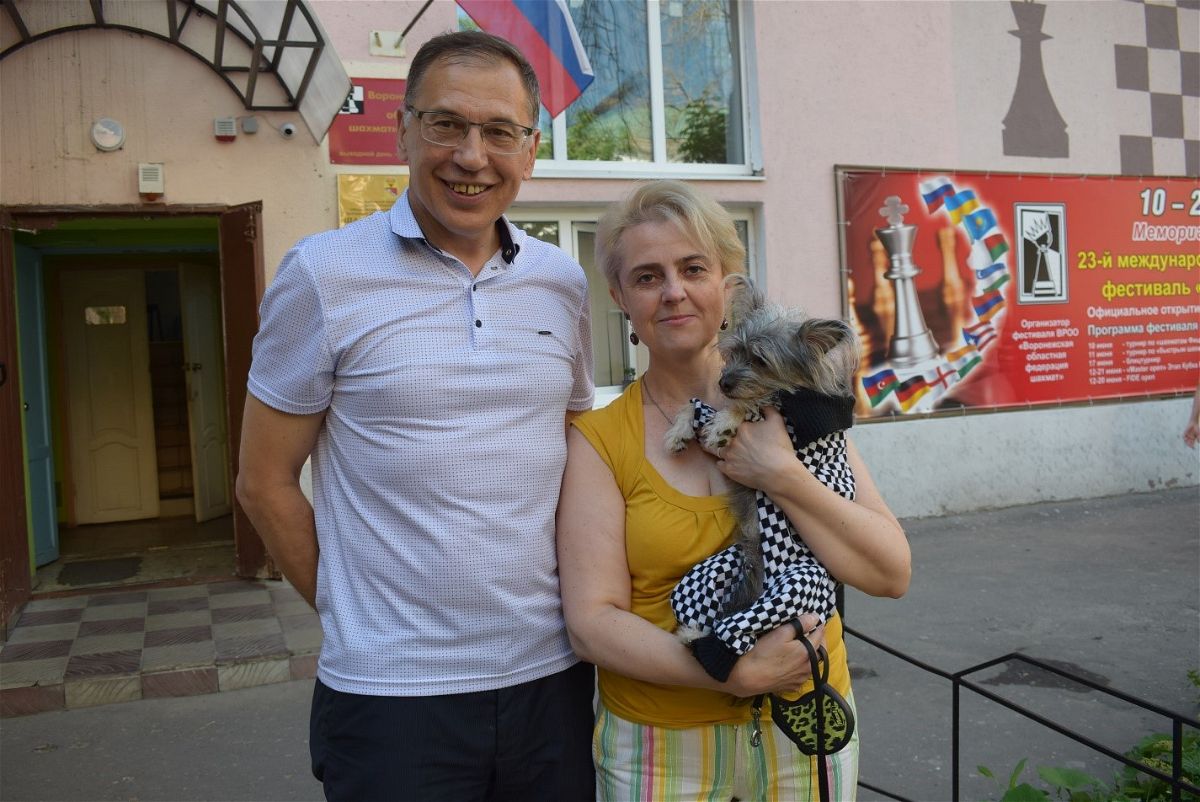