Vishy Anand played fantastic chess at Superbet Rapid and Blitz 2022. Despite starting the final day with two losses and a draw, he persevered and scored 4 points in the next six games to finish with 23.5/36. Levon Aronian also scored the same. However, Jan-Krzysztof Duda once again scored an important last round victory to win the tournament 24/36. Duda has all the momentum on his side heading into the Candidates 2022 with two important tournament victories. He has shown strong nerves since his FIDE World Cup 2021 triumph. Anand has played exemplary chess in this event after a five-months long break. He has shown the world repeatedly why he is one of the greatest of all time. Photo: Lennart Ootes/Grand Chess Tour

Vishy Anand has consistently played well at Superbet Rapid and Blitz 2022. Despite suffering three losses on the final day, he just finished a half point behind the champion. The seven-time world champion (five in Classical, two in Rapid), has reminded the world why he got the moniker of 'The Lightning Kid'. 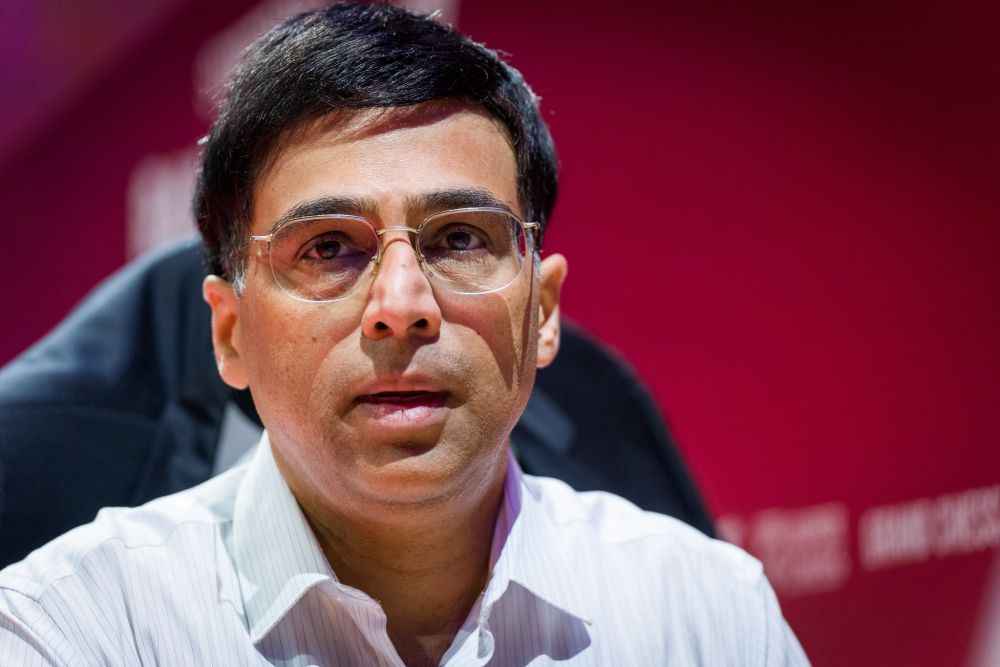 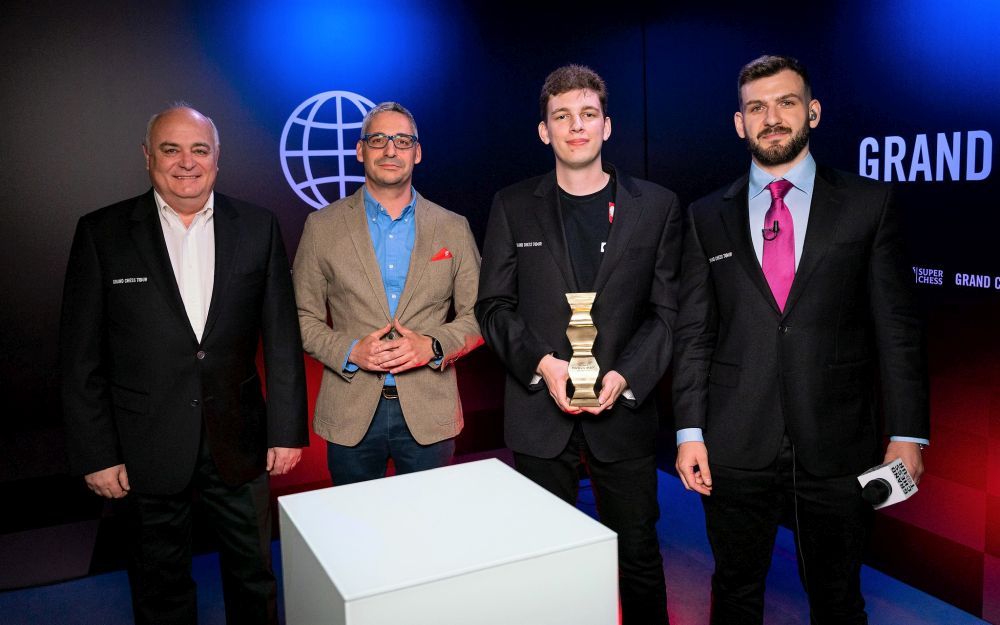 For the first time in this event, Vishy Anand started the day with a loss. 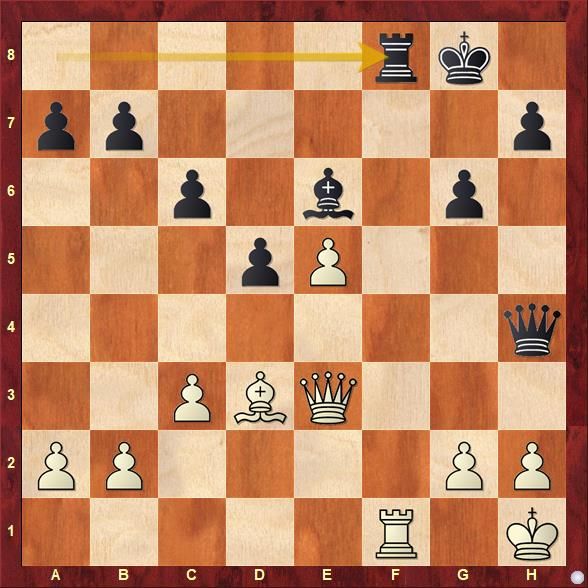 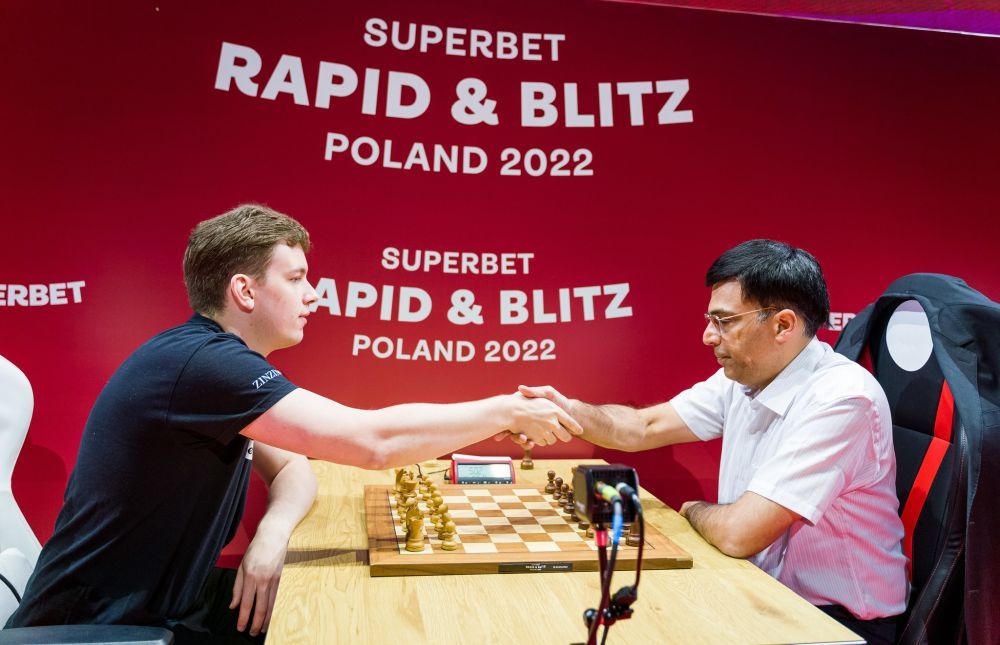 Duda-Anand had all three results in this event | Photo: Lennart Ootes/Grand Chess Tour 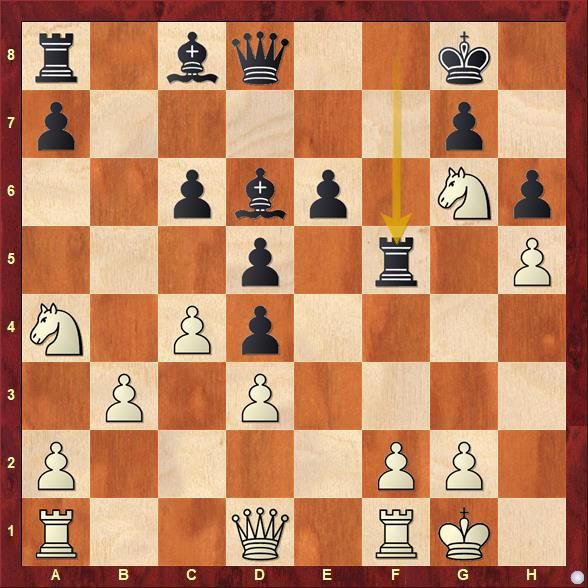 Find out the key difference between playing 18.f4 now and after playing 17.c5. 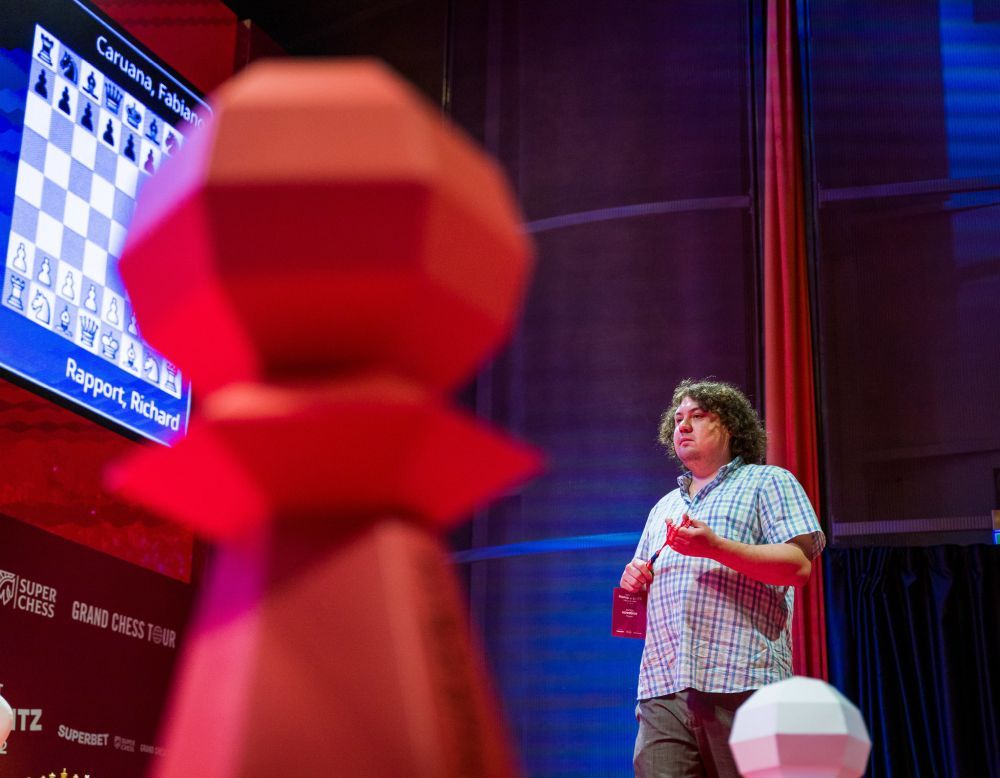 After a draw with IM David Gavrilescu (ROU), Anand scored his first win of the day against the strong Ukrainian teenager, Kirill Shevchenko. 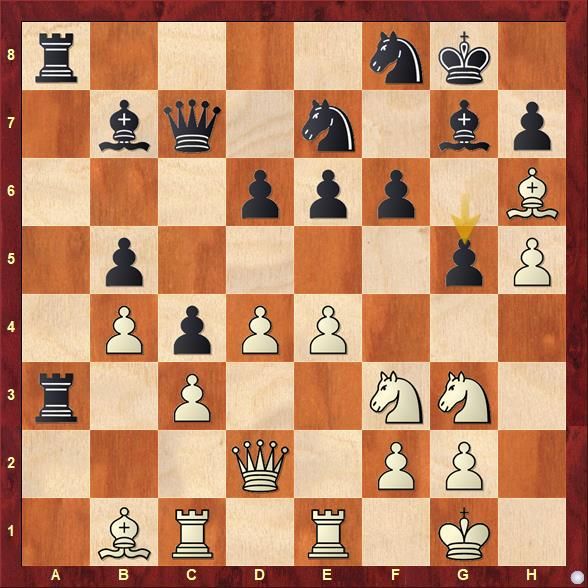 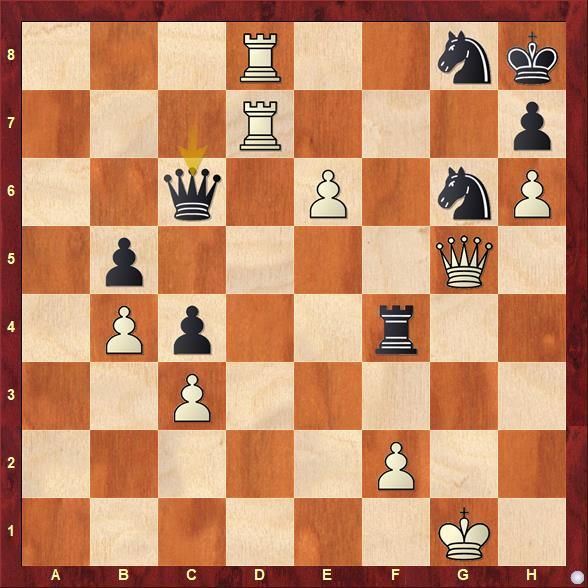 Find out the beautiful finish for White after 45...Qc6. It is something that will certainly make it to many books. 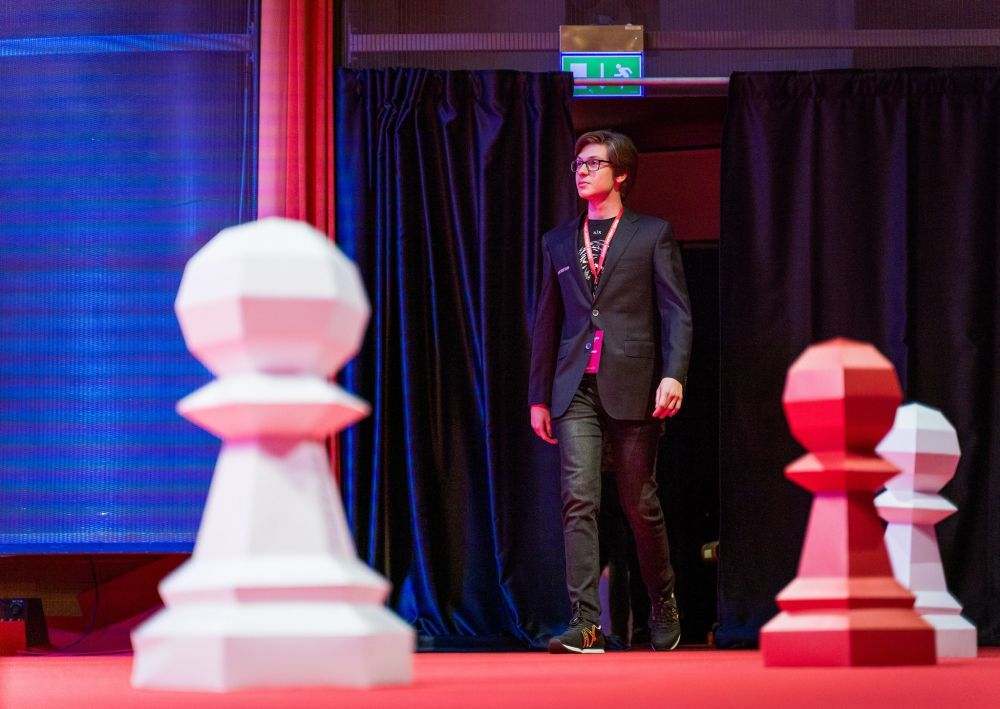 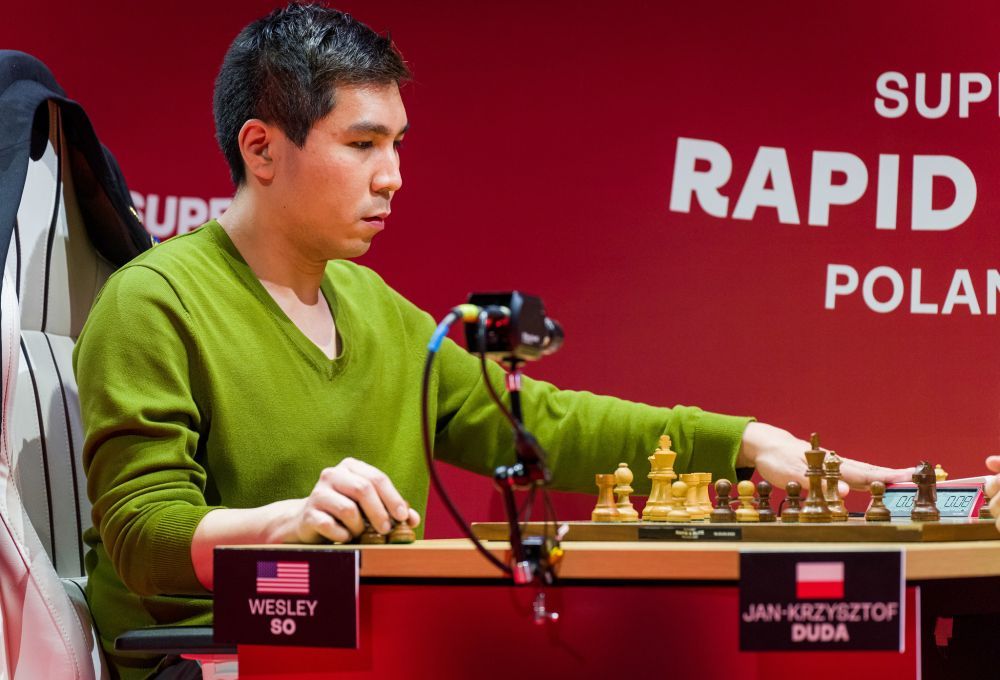 Anand remained undefeated against So in this event | Photo: Lennart Ootes/Grand Chess Tour

Anand had a very interesting Rook endgame against Caruana. The American's mistake allowed him to get a couple of good opportunities to win the game. 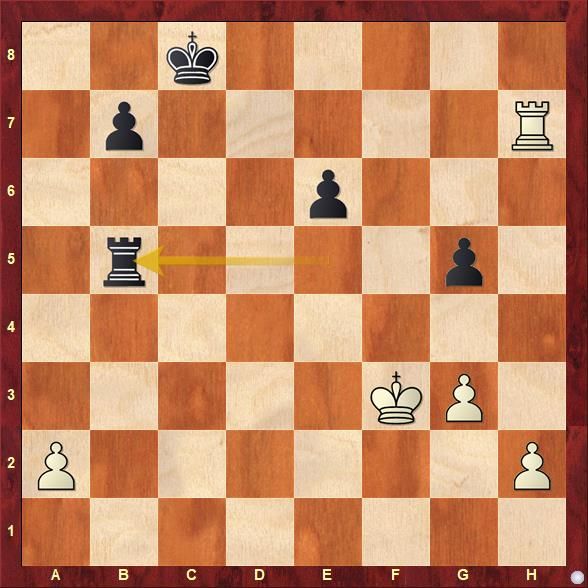 White is completely winning here because black's king is misplaced. White king can use it to his advantage. Find out how. 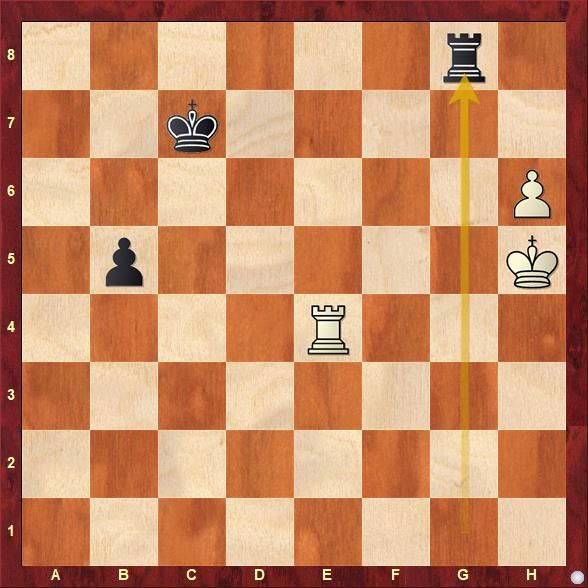 Time trouble induced error caused Black to arrive at a completely lost position. White needs to be careful to win the game after 46...Rg8. Right now 47.h7 allows Black to escape with a draw. Find out why. 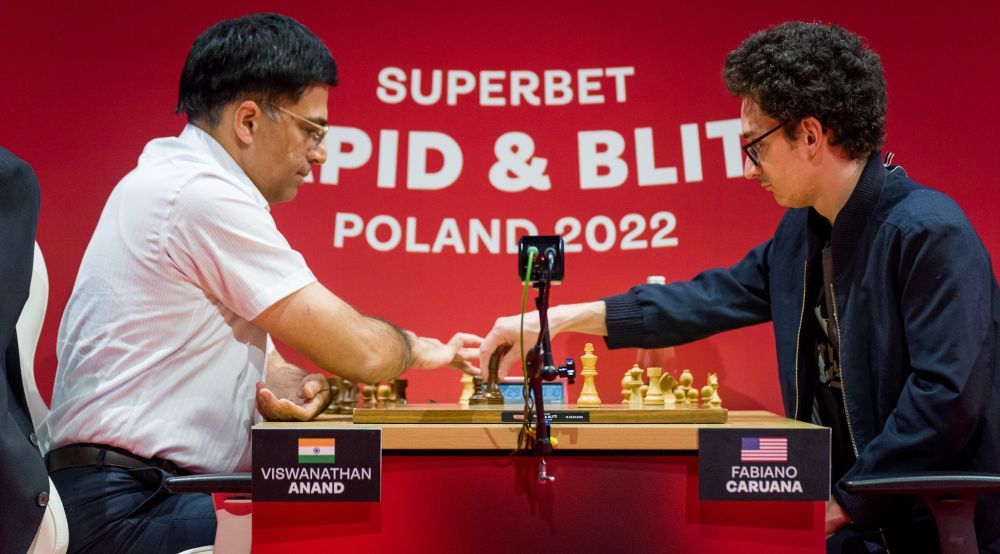 Anand finished the event with consecutive victories over Richard Rapport and Radoslaw Wojtaszek.

Kirill Shevchenko was completely winning against Jan-Krzysztof Duda. However, he missed a winning combination.

Find out the winning continuation for White after 28...Kh7. 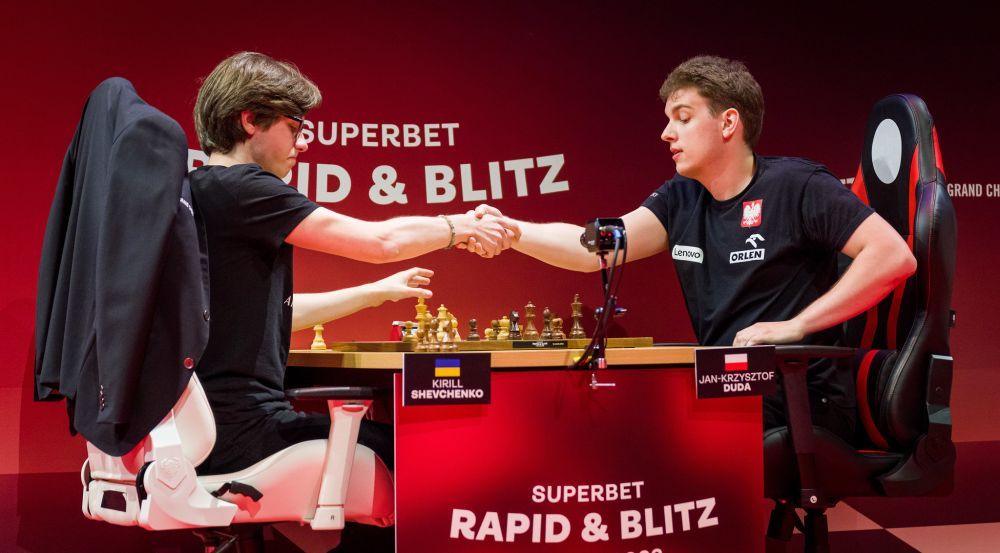 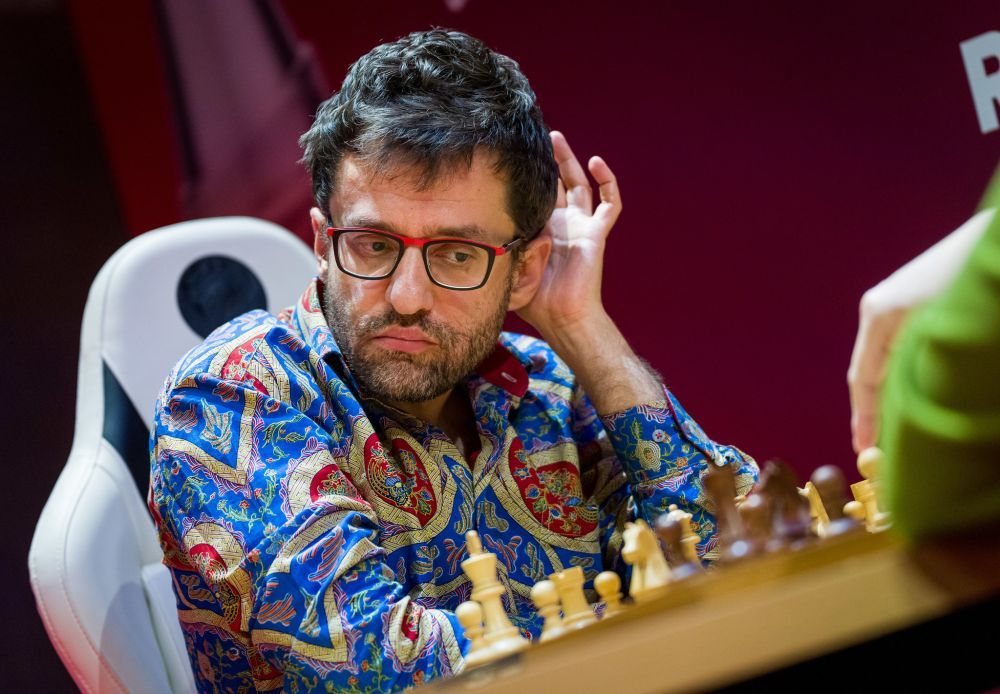 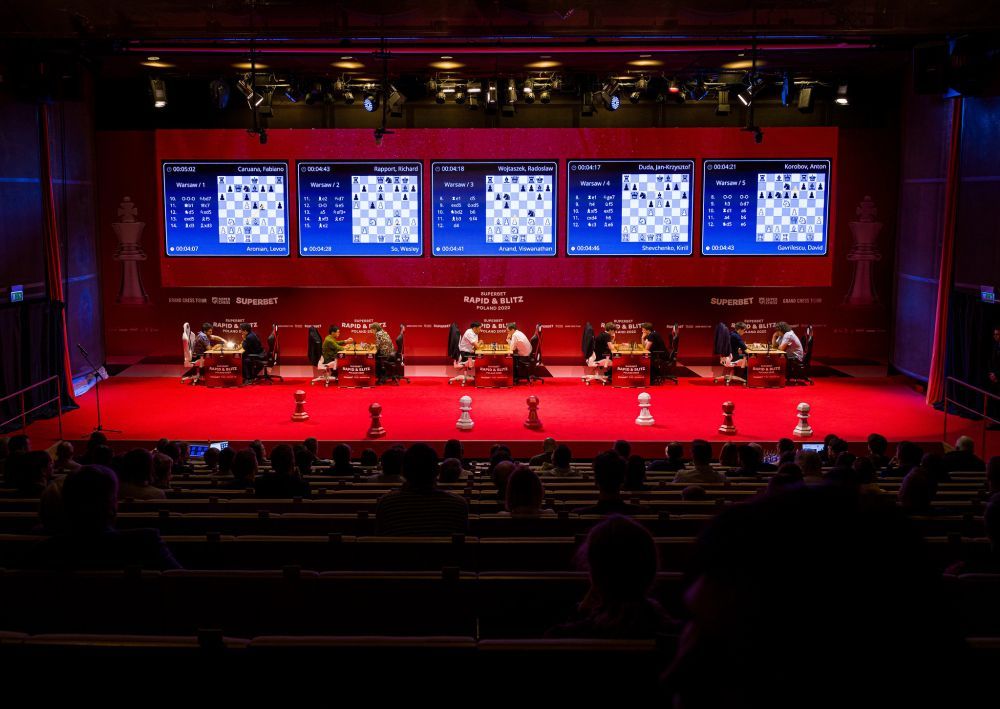 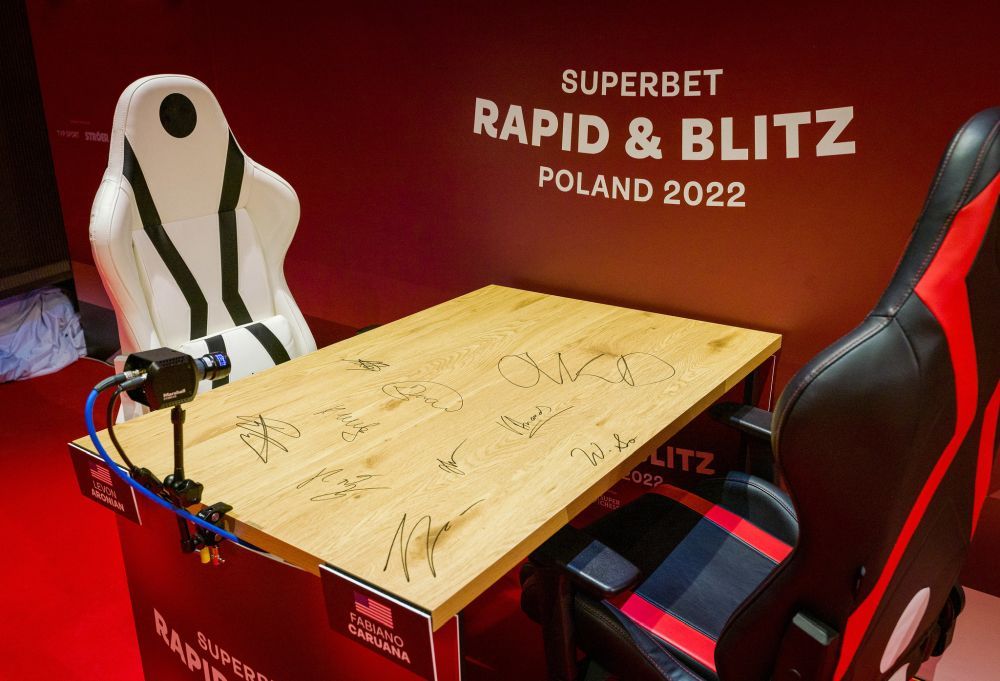 Final standings after Blitz Round 18 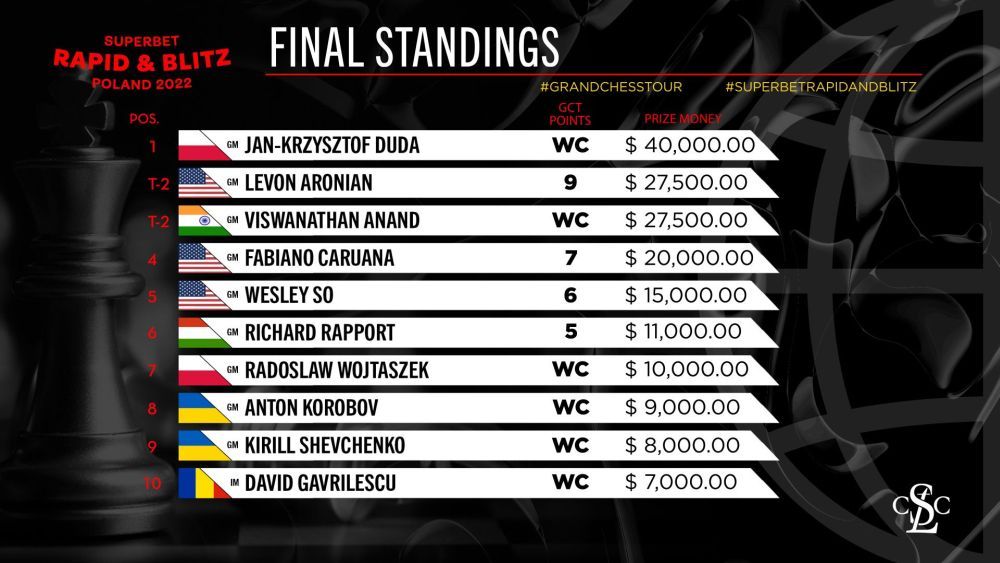 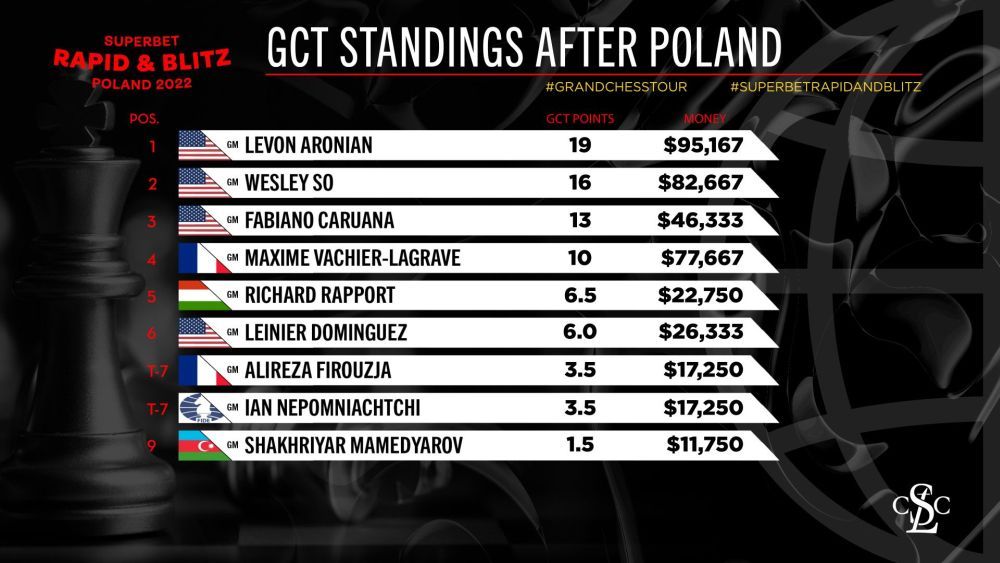