Vishy Anand made a return to a tournament for the first time since December 2021. He scored three wins effortlessly. Of course, it goes without saying that the great ones make it look simple and easy when in reality it is not. He scored a hat-trick of wins against Radoslaw Wojtaszek (POL), Wesley So (USA) and Anton Korobov (UKR). USA's Fabiano Caruana and Levon Aronian along with Jan-Krzysztof Duda (POL) are in the chase at 4.0/6 each. Wojtaszek, Shevchenko (UKR) and Gavrilescu (ROU) are in search of their first win of the event. Round 4 starts today at 2 p.m. local time (5:30 p.m. IST). Photo: Lennart Ootes/Grand Chess Tour

Kasparov makes the first move on Shevchenko's board

The first three rounds witnessed eleven decisive games out of 15. Wojtaszek was on the verge of scoring his first win of the day. Aronian somehow managed to wriggle out of a completely lost position and save the game. Garry Kasparov making the first move on Kirill Shevchenko's board does not come as a surprise. Anyone who follows Kasparov's vices knows his support for the young man, Ukraine and standing up for what's right against the wrongdoers. 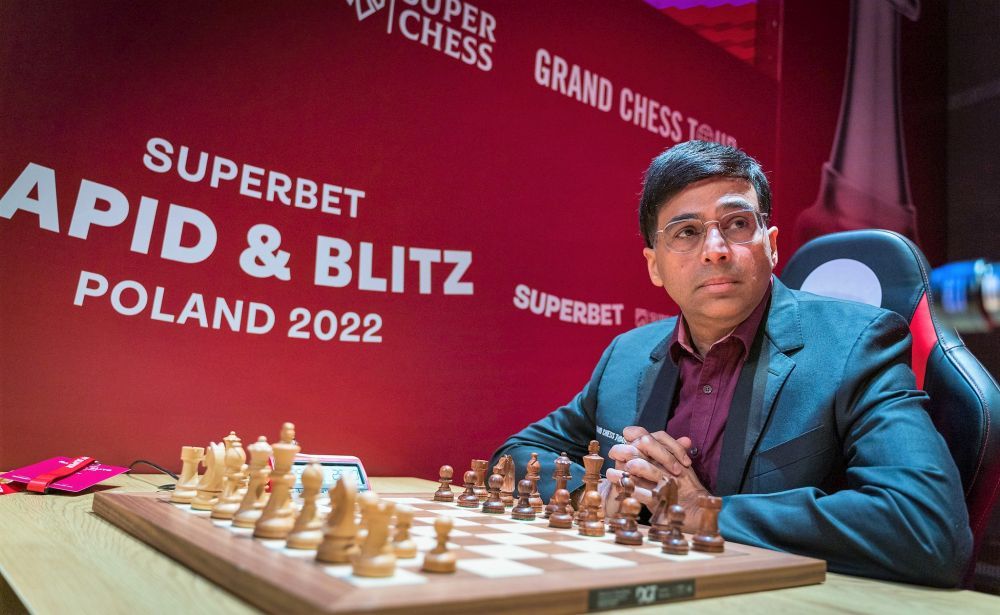 It is always great to see Vishy Anand back on the board | Photo: Lennart Ootes/Grand Chess Tour

Vishy Anand kept things simple in the first round against Radoslaw Wojtaszek. The Poland no.2 recently won his fifth Poland championship title. 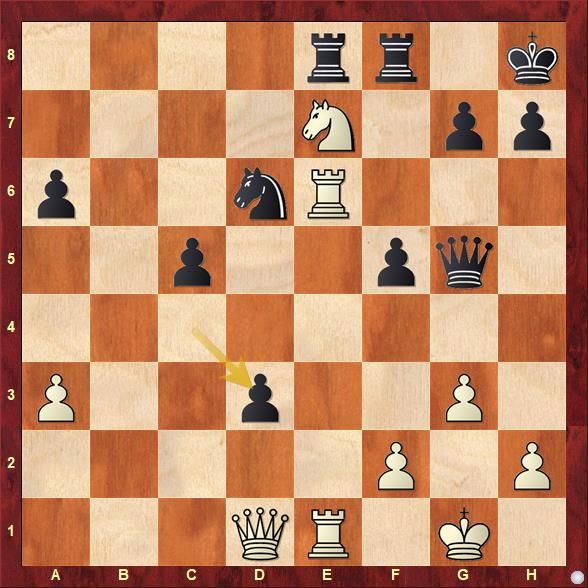 Black has kept the d6-knight hanging for a couple of moves because it is tactically defended. Rxd6 is met with Rxe7 and there is no trouble. However, Anand decided to test it. 27.f4 Qg4 28.Qxg4 fxg4 29.Rxd6. Now Rxe7 is no longer possible because the queens got exchanged. 29...c4 was played and the passed pawns are not as menacing as Black wants them to be. 30.Rd4 g6 31.Kf2 and now White is completely winning. So where did Black go wrong? It turns out that 29...c4 was not the best continuation. 29...Rd8 needed to be played to stay in the fight. Yes that is a counter-intuitive move, but it is the only way. 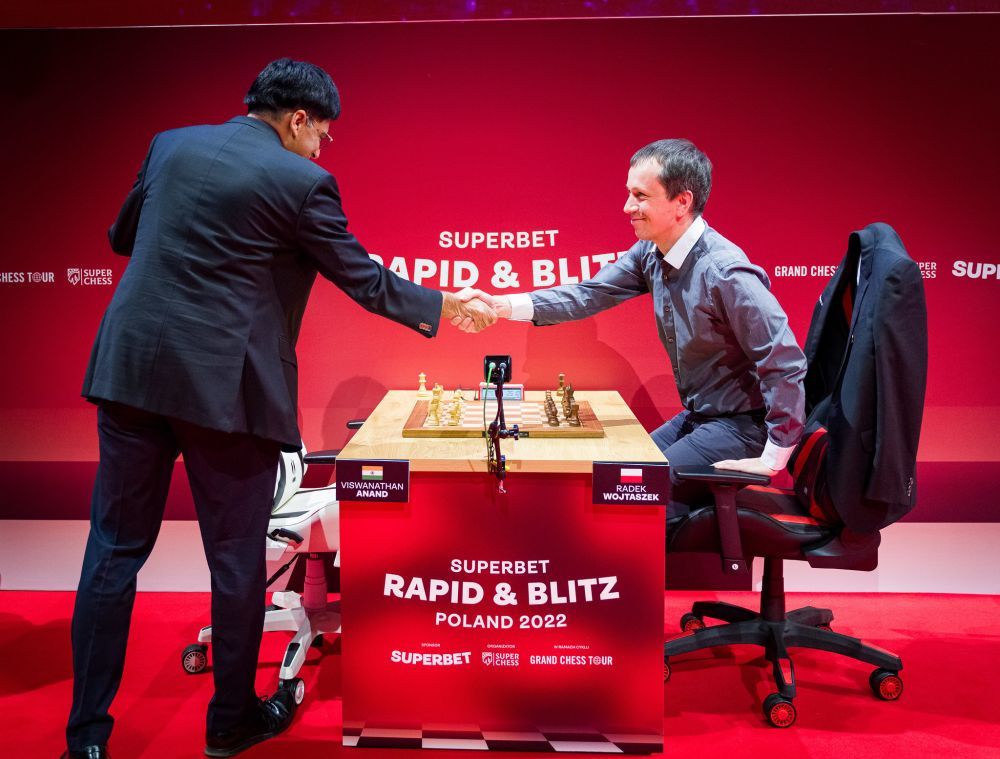 Wesley So's (USA) aggressive play against Anand did not work out. 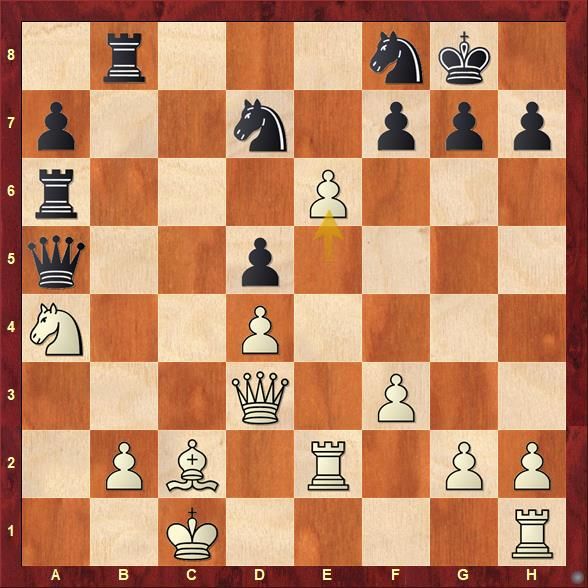 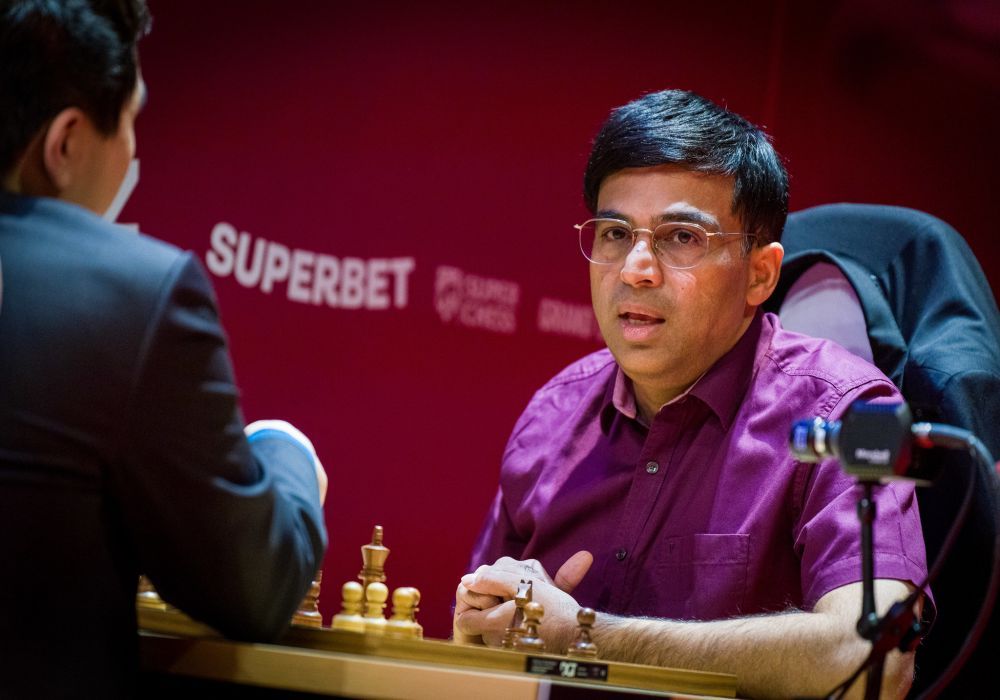 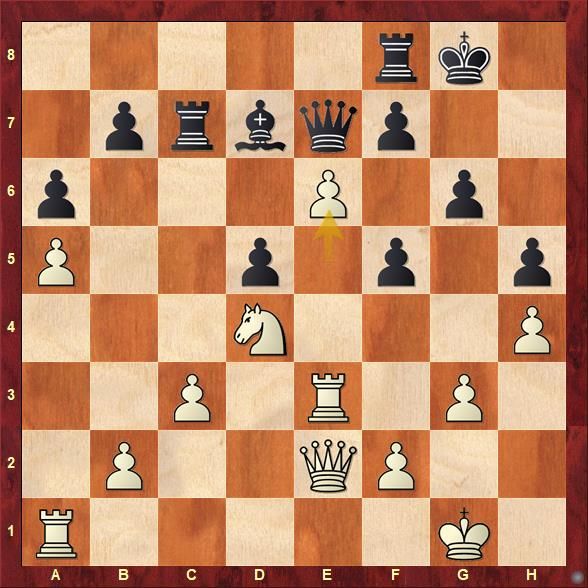 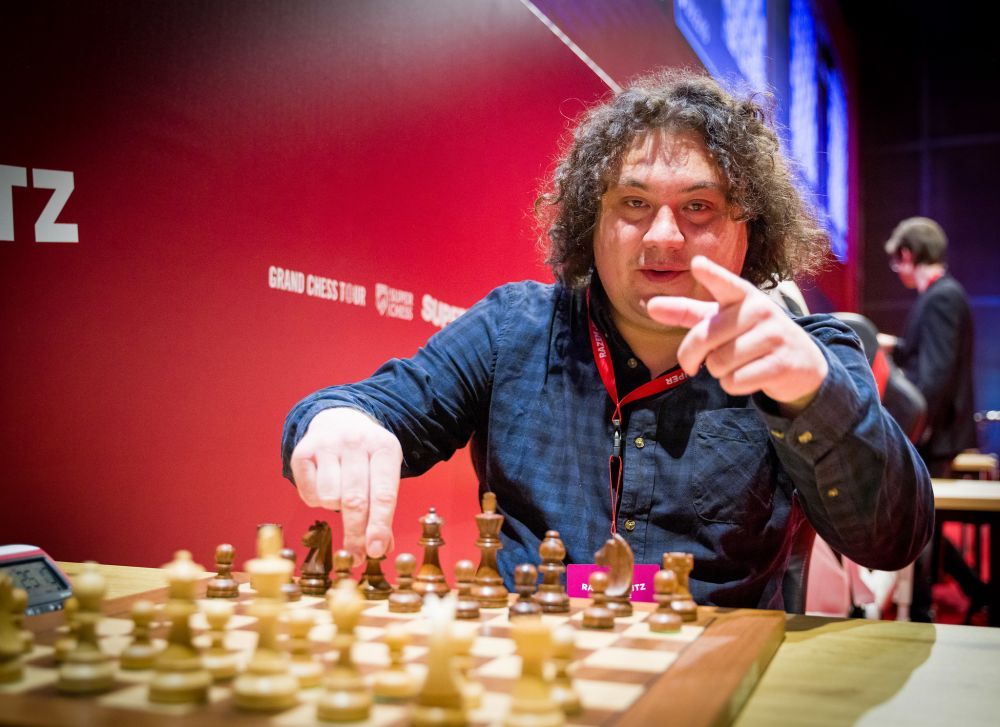 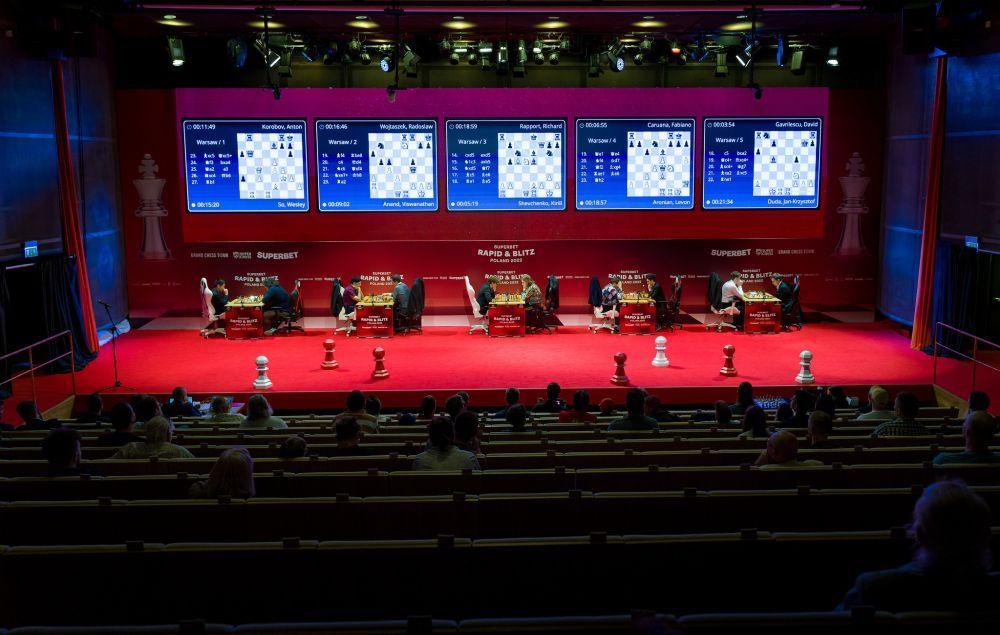 Garry Kasparov made the inaugural first move to start the tournament 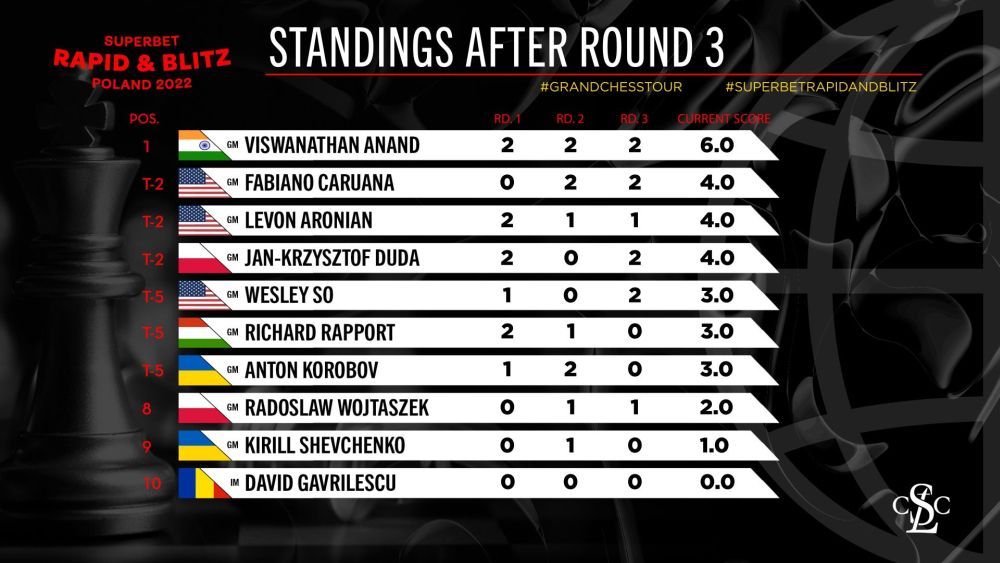