Sarthak Deshpande is the new youngest rated player of India

On 1st June 2018, 5-year old, Sarthak Deshpande of Pune broke Nivaan Khandhadia's record of youngest rated player in India, exactly after one month. Sarthak broke the record at just 5 years and 11 months, few days shy from him turning 6. He hails from Pune just like Nivaan. Sarthak is trained by Mrunalini Kunte at Kunte's Chess Academy. Currently his world ranking among under 6 players is 11. He got his rating from Late Bharatbai Halkude Memorial 2nd All India Below 1600 Tournament in May 2018 held in Pune, by drawing with a two kids of ten and eleven years old, rated 1188 and 1178 respectively. In this report, we will get to know about little Sarthak and how he got his name into the record books of Indian chess. Photo: Deepa Deshpande 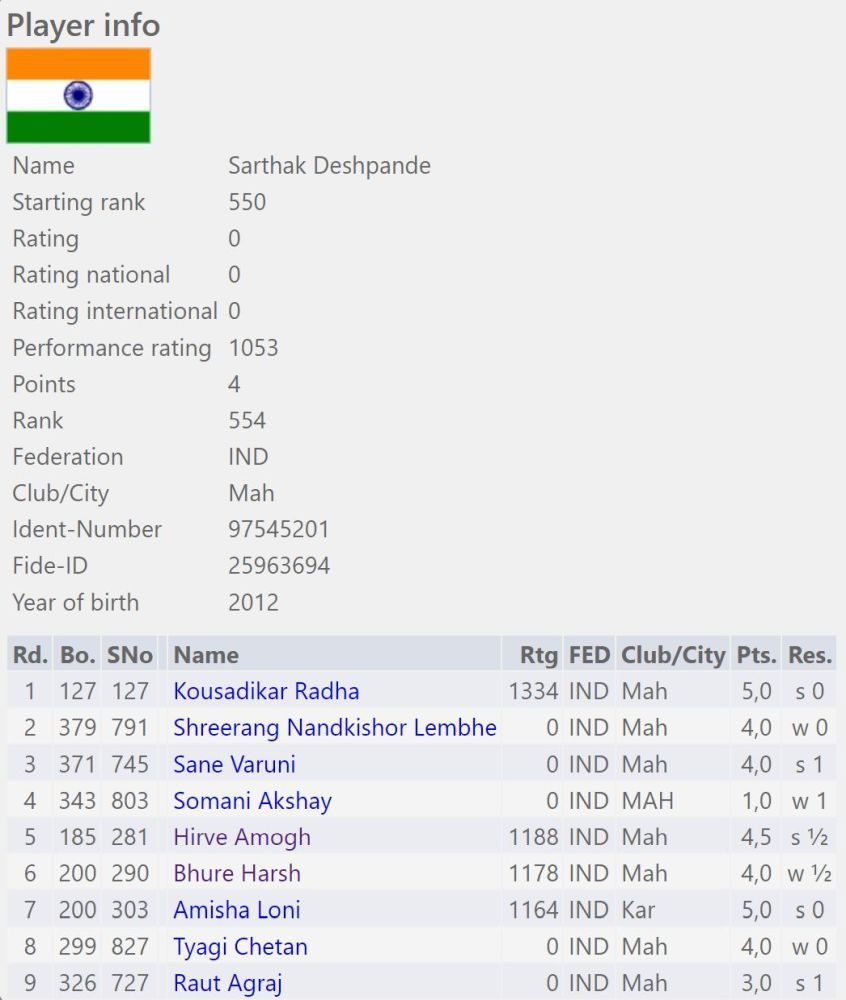 Five-year old, Sarthak Deshpande faced four rated players in Late Bharatbai Halkude Memorial Below 1600 FIDE Rated tournament in Pune and out of them he drew with two. He drew with 10-year old Amogh Hirve rated 1188 in the fifth round and he also drew with 11-year old Harsh Bhure rated 1178 in the sixth round of the tournament. Thus he got his first rating and the youngest of the country to do so at the age of 5 years and 11 months, when FIDE Ratings List for the month of June 2018 published his rating as 1064.

Sarthak is being trained at Kunte's Chess Academy in Pune under the guidance of Mrunalini Kunte and team. He showed promises at an early age of 2 when he could identify 110 countries on the world map and associate flags of those countries. He was introduced to the game at the age of four years and he learnt the game quite fast. 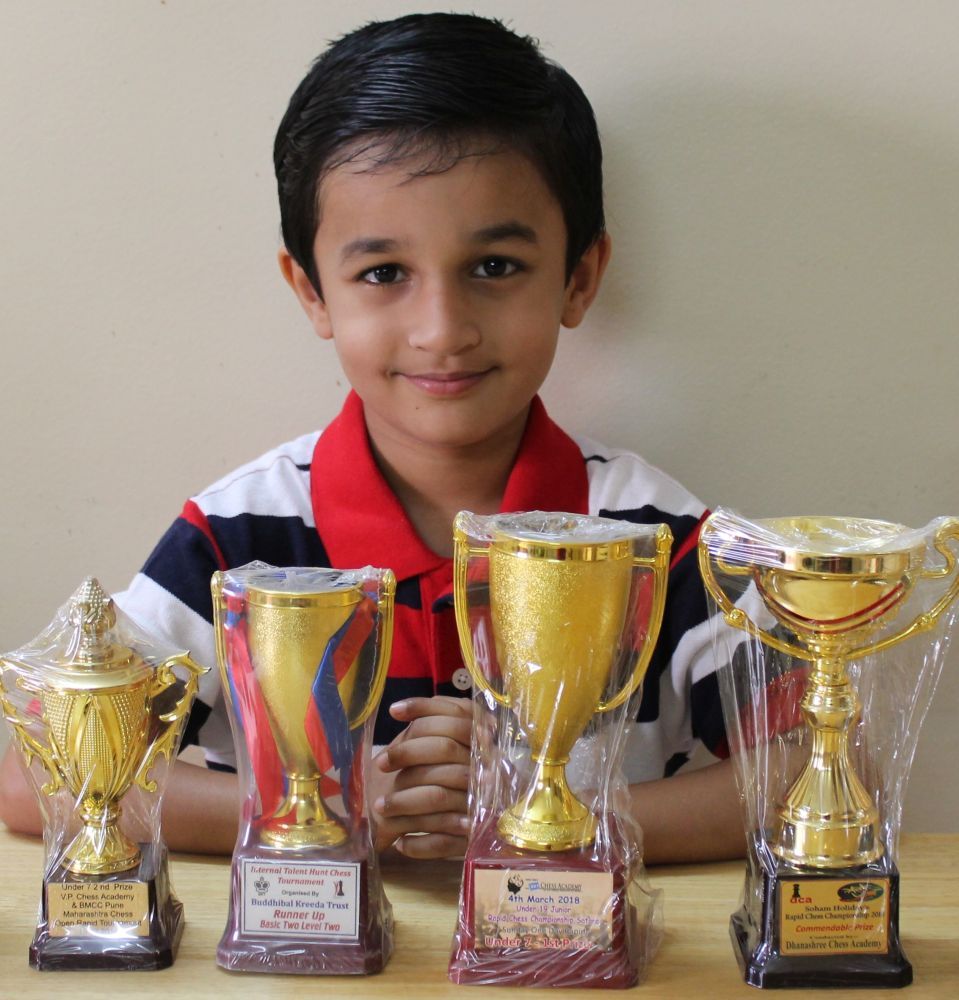 After returning back to his native place India, Sarthak participated in several tournaments where he won several trophies in the span of six months.

Despite Sarthak breaking Nivaan's record of youngest rated player in India, Nivaan still holds the record of highest rated under 6 player of the country. Sarthak is currently ranked no. 11 in the world among under 6 players whereas Nivaan is ranked 9th.

There are 17 rated players in the world in under 6 category | Source: FIDE Rating List June 2018 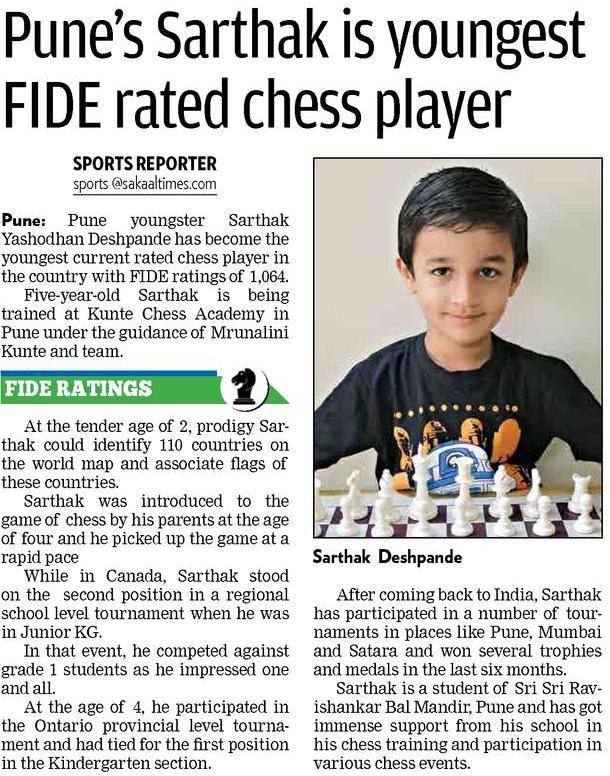 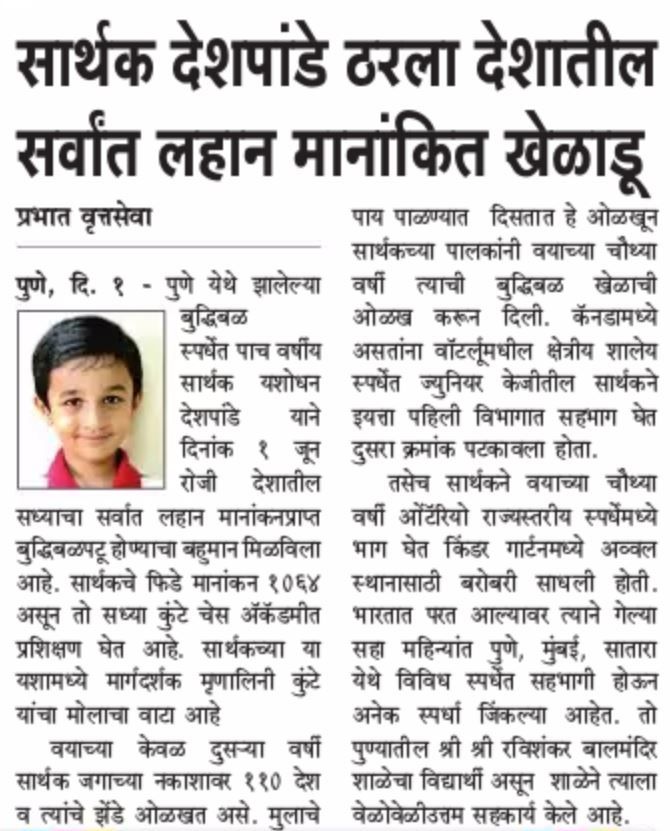 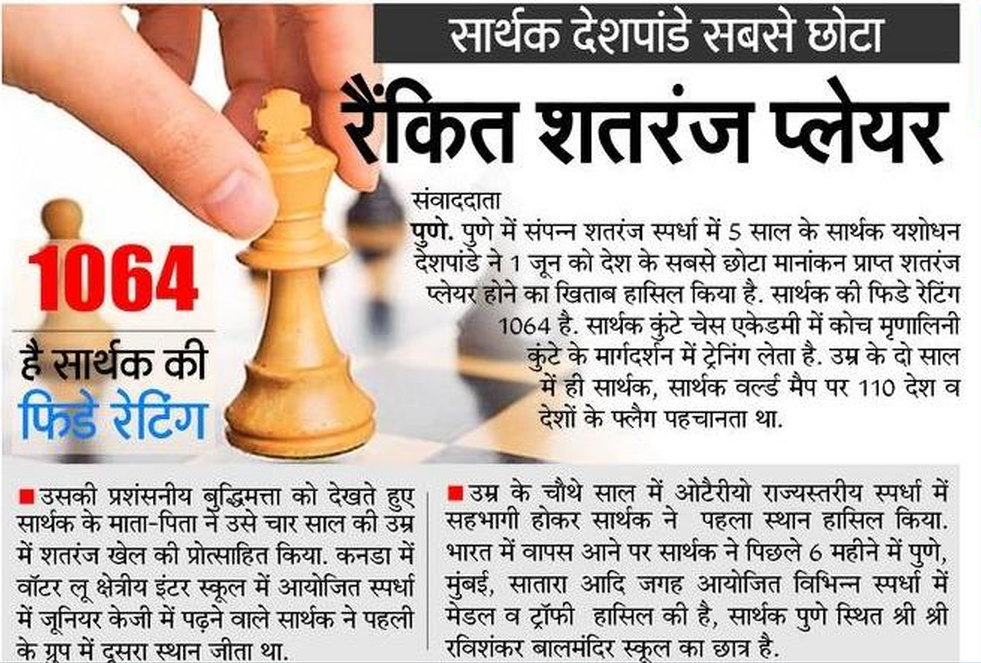 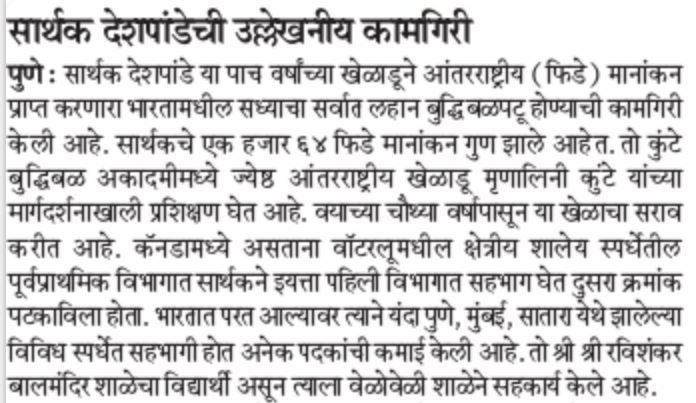 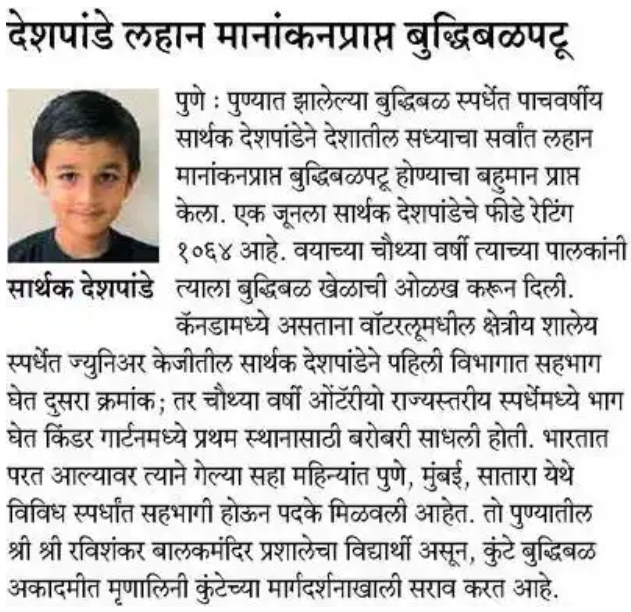