On 1st May 2018, 6-year old Nivaan Khandhadia created history by becoming the youngest rated player in India. The little kid from Pune has an Elo rating of 1137 and currently his world ranking is 10 in under 7 according to FIDE Rating List for the month of May 2018. He participated in the World School Chess Championship 2018 in Durrës, Albania. He scored 4.0/9 and was the youngest participant from Indian contingent. He scored his rating from 2nd Holi Cup Lakecity Open FIDE Rating Chess Tournament 2018 where he defeated two players who were rated 1124 and 1120. Photo: Nivaan Khandhadia's Facebook page

Nivaan creates a sensation with a magic number of 1137 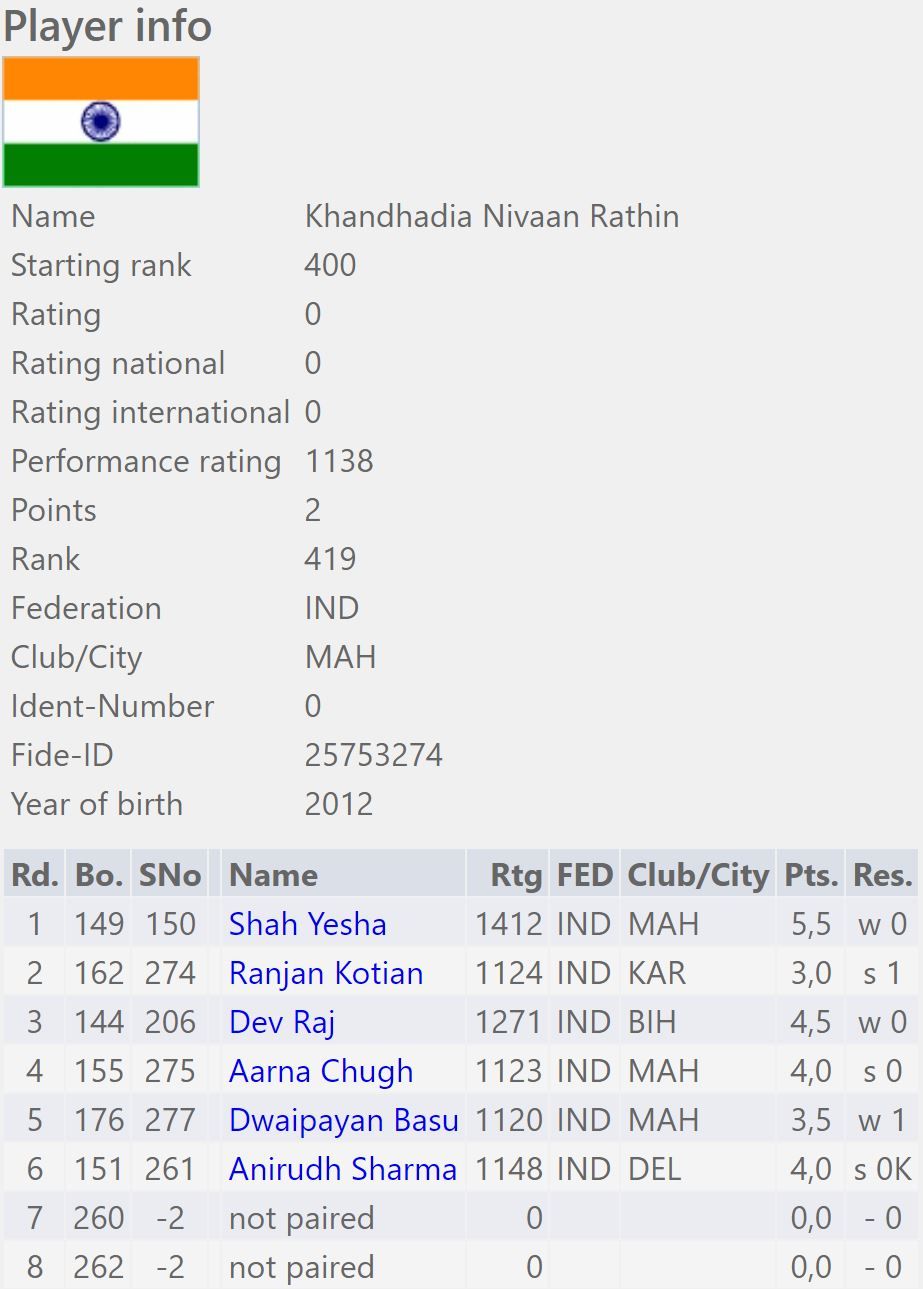 He defeated players, Ranjan Kotian aged 30 years and Dwaipayan Basu aged 19 years, who were much elder to him and thus proved that age does not matter in chess. Nivaan started playing chess at the age of four and a half years. He was introduced to the sport by his father Rathin. He is a senior KG student of the Vibgyor High School in Magarpatta, Pune. He learnt the game in two days and shocked his father with a win over him, on just the third day.

“Words can’t describe my excitement at the moment. I would like to thank Vibgyor High school for all their support without which, my son wouldn’t have been able to achieve what he has done today,” said an excited Rathin, praising Nivaan’s school. His mother Priti said, “I want to thank SMCA for leading my son in the right direction. They have been really supportive all this while. Also I would like to thank his coaches Balaji sir and Sandilya sir for providing him with the right kind of guidance - just what he needed to excel in the sport.” Nivaan trains with coach Vishwanath Sandilya of South Mumbai Chess Academy (SMCA) in Koregaon Park Annex branch.

Nivaan practices four-five hours a day and on how to improve his game. He has already won a total of 17 trophies and nine medals at the district and state level tournaments.  He stood third at the state level, bagged the seventh position in the state school and the 13th position at the national school in the Under 7 age category competitions. He achieved all this and he is only six! 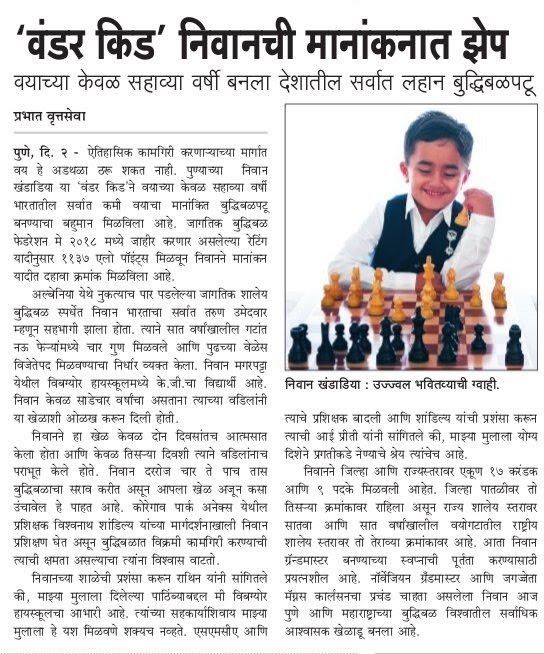 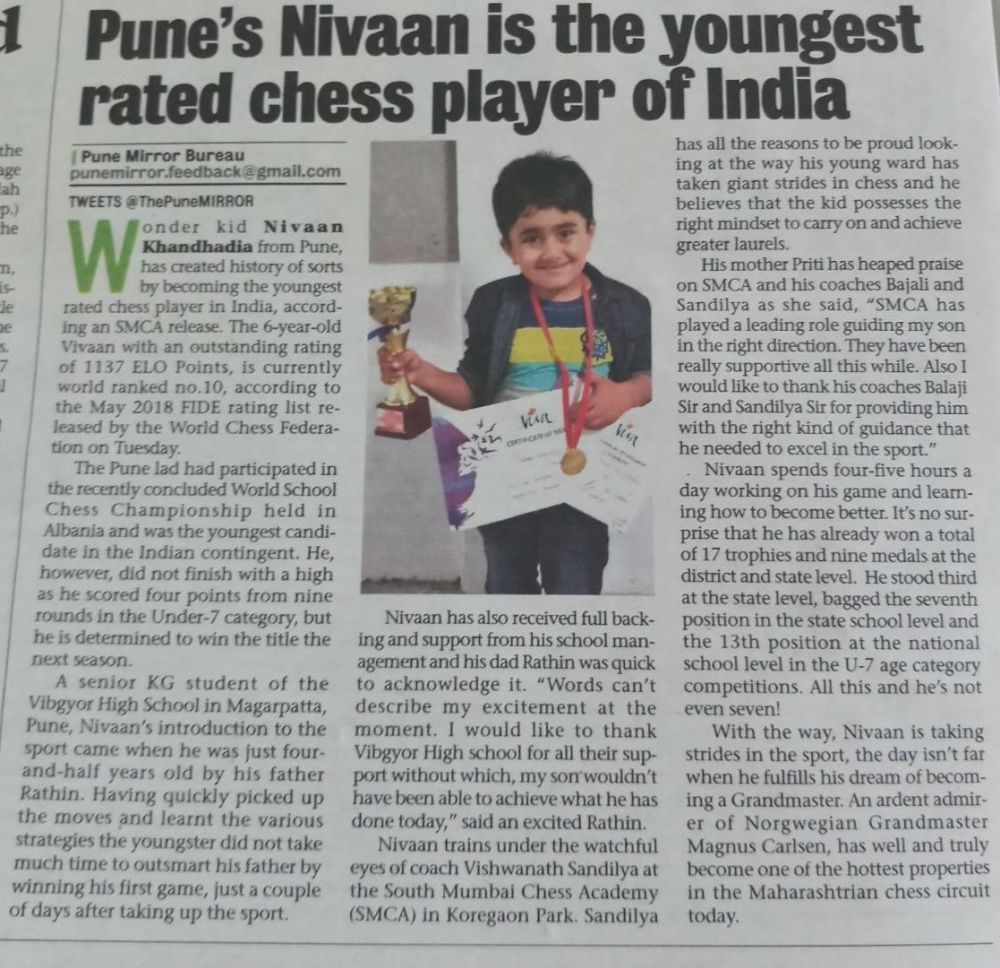