A massive contribution of Rs.2,00,000 by Samay Raina and his Ambani OP members and Rs.20,000 by Tania Sachdev has made the Super Juniors Cup 2020 even more exciting. From Rs.3,02,000, we now have a prize fund of Rs.5,20,000. It's been around 8 months since Samay started streaming chess on his YouTube channel. Since then he has built up a chess loving community who have put their foot forward for some amazing initiatives. Recently turned YouTube streamer Tania Sachdev decided support girl players as she donated all the superchats of her 2nd stream. With these massive contributions, the tournament is one that is eagerly awaited by one and all! The next Indian World Champion(s) is among these 32 talents!

The Stakes are higher!

Speaking to ChessBase India Samay said, "Chess has given me a lot in this lockdown and I am always glad to give back to the game. When ChessBase India Foundation announced the Super Juniors Cup 2020, I spoke with my Ambani OP members whether we should support the event. All of them were firmly in favour of supporting the future of our country in the sport. That's how we made this decision. I would like to wish the best to all the juniors! May the best player win! I will be following all the games with great excitement, learning from the moves of these little geniuses!" 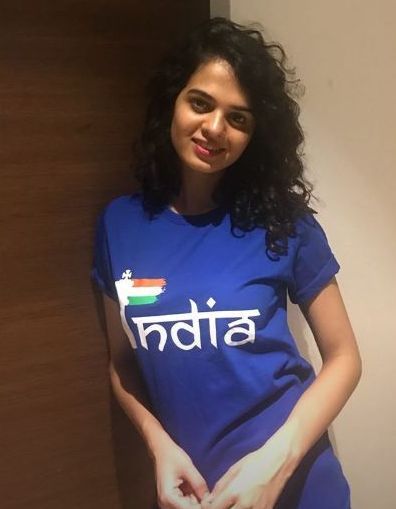 Tania Sachdev's YouTube career has just begun, but she is already making a big difference!

Enhancement in the prize money

There are 4 special prizes. Best female player, best game of the event, Fighter of the event and the most entertainin match of the event (to be shared equally by both players). The Best Female prize of Rs.20,000 has been sponsored by IM Tania Sachdev.

Samay Raina started the YouTube memberships on his channel a few months ago. The memberships have different tiers as well as perks. The final tier of his memberships is called the Ambani OP. The Ambani OP membership costs Rs.7999/- and all the money that Samay collects goes towards charity. The Ambani OP family is growing and every month they contribute over Rs.2 lakh to bring about a positive change in the world. It is wonderful for the chess community that this time Samay and his friends have decided to support the best juniors of the country! Thank you Samay, and thank you Ambani OP members.

Tania Sachdev decided to stream on the 4th of December 2020 - an all girls stream with GM Harika Dronavalli, IM Soumya Swaminathan and WIM elect Amruta Mokal. While they played some interesting variants, they also decided to do their bit for the young girls in Indian chess. Tania announced that all the super chats collected during the show will be used to promote girl players in the country. A total of Rs.60,000 was collected and after deducting the YouTube charges the amount comes to Rs.42,000. Out of this Rs.20,000 will be used as the 1st prize for the best girl player in the tournament. Rs.22,000 will be split up into two scholarship amounts of Rs.11,000 which will be disbursed in due course by ChessBase India Foundation to budding girl players.

On 6th of December 2020, we have the following matches: