When everyone takes the safer route of a well-trodden path, it is not an easy task to walk on a different one and make your own mark. There are hundreds of players who took to youtube to start streaming chess since last year's lockdown owing to Covid-19 pandemic, very few Indians started the same on twitch. WIM Rucha Pujari from Kolhapur, Maharashtra took up a daunting task to start streaming in the later part of last year. She learnt everything on her own, tapped on her creative side and explored a new horizon. Last month she won a Hand and Brain tournament with FM Kozok, finishing ahead of Nakamura's team. In this article, we get to know Rucha's streaming journey so far.

Rucha carves her own path

We caught up with Rucha to learn more about her streaming journey so far on twitch.

Shahid Ahmed (SA): When most of the Indian chess players are streaming on youtube, what made you choose an alternative and stream on twitch?

Rucha Pujari (RP): Hello Shahid! Thank you very much. Yes, you are right, most Indian chess players are streaming on YouTube. I started with YouTube and was also exploring Twitch at the same time. I liked the global and interactive chess community on Twitch and wanted to choose a different path to do my bit to grow Indian chess here. I have been streaming exclusively on Twitch since October 2020. It's been more than six months and it's been an amazing journey so far and much more to come!

SA: Congratulations for becoming the first Indian woman titled player to become a twitch partner. What does it mean to you?

RP: It means a lot to me. Becoming a Twitch Partner is a milestone and feels great to be acknowledged for all the efforts and countless hours of work day and night. Just like achieving titles in chess, this is similar to accomplishing a title in streaming! Yes, I am the first Indian woman titled player to become Partner, and I think second overall in Indian Chess streamers on Twitch, just after Vidit.

To become a Twitch Partner, one needs to stream for 25 hours in total on 12 different days and have an average of 75 viewers - all this within 30 days which is what Rucha fulfilled

SA: Tell us a bit about your initial days of streaming - the difficulty, learning curve, understanding the target audience etc.

RP: I started streaming in October 2020. To be honest, it was extremely difficult to start. I faced a lot of challenges - starting with lack of equipment, poor internet, and no guidance or knowledge about streaming. Initially it took me over a month just to find and switch to an internet network seamless enough to handle high definition streams. I must have spent hundreds of hours learning about streaming, reading articles, watching videos and experimenting. As a chess streamer it is not just about playing chess, but also learning about streaming, educating myself about its technical aspects and being creative. Since beginning, my primary focus has been on educational streams and playing high level chess, in a way that learners and enthusiasts all over the world find comprehensible for all levels. I shared a video of my initial highlights of my streaming journey and challenges prior to being a Partner on YouTube:

SA: How long did it take you to become a Twitch Partner? Do you feel the effort and time it took is worth it?

RP: It took me around six months to become a Twitch Partner and get that verified mark. I have been streaming actively ever since I started and strive to make every stream better than the previous one. It took tremendous work, preparing educational material, playing in online tournaments, putting up great performances and collaborating with streamers. It was all worth it! Streaming frequently helps me to become a much stronger player, and in the process I am getting to know fellow streamers and amazing people in the chat. Growth and progress are important, and it makes me very happy to see that I am growing as a player, trainer and a streamer.

SA: What do you enjoy the most about streaming?

RP: I have been actively passionate about chess for over 20 years at this point, and being able to share my passion, knowledge and love for the game with people all over the world has been the best thing about streaming. I love to learn everyday, I love to interact with the learners and strong players in the chat and get to know them. I am a creative person, and like to design everything in my streams - the content as well as the tech aesthetics. 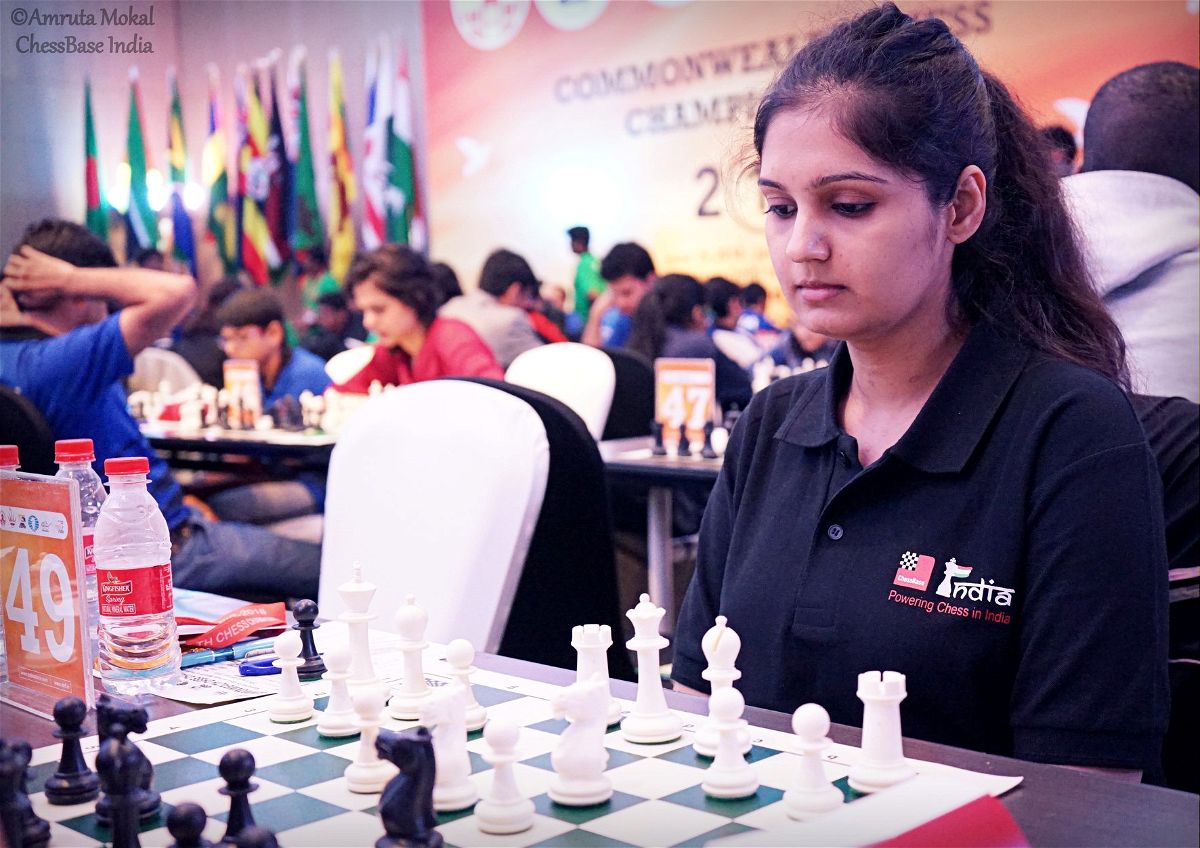 SA: Which is the favorite stream you have had on your channel?

RP: There have been many amazing streams! If I have to pick one I would say my favorite one has been winning my biggest online Chess Tournament, in April. It was a Hand and Brain tournament featuring Nakamura, Xntentacion, Botez, Nemo, Patecki, Byniolus, Cramling, Chessweeb, Kozok, Szparu, Lewtak, Szacharz, DawidCzerw.

Event trailer | Video: Gambit Florydy
Winning a tournament ahead of Nakamura is definitely the biggest moment in Rucha's streaming career

RP: Let's see, there have been many milestones I reached on my stream. Together with the chat we crossed Puzzle rating 3000+, made scores of 100+ in Puzzle Survival on several occasions, crossed my online rating above 2500 live, played many simuls and won many online tournaments. I like to mix-up my content and have had educational streams like Middlegame Series and Endgame series for which I received hundreds of positive reviews, which is great. I would also like to thank biggest supporters of my channel Robbiivvee, Player55328 and Pablocarnota. Additionally, I like to collaborate with other streamers, invite guests and that is always fun.

RP: My channel has been fortunate to host quite a few renowned and strong players, GM Baadur Jobava, FM Lefong Hua, WIM Monica Sihite, FM Amir Jamshidi, FM Kamil Koziol, WFM Dorina Demeter, WCM Niusha Afshar, Koosha Jaferian and also highly popular Polish streamer Bartosz Rudecki aka Xntentacion. I have been following Indian Chess streamers and it would be great to collaborate with them at some point. An opportunity to work with ChessBase India, Sagar, Amruta, Samay, Vidit, Tania, Soumya, as well as cross collaborations between Twitch and YouTube would be amazing! Additionally, my channel has always been open to feature upcoming and new dedicated streamers, and will continue to do so. 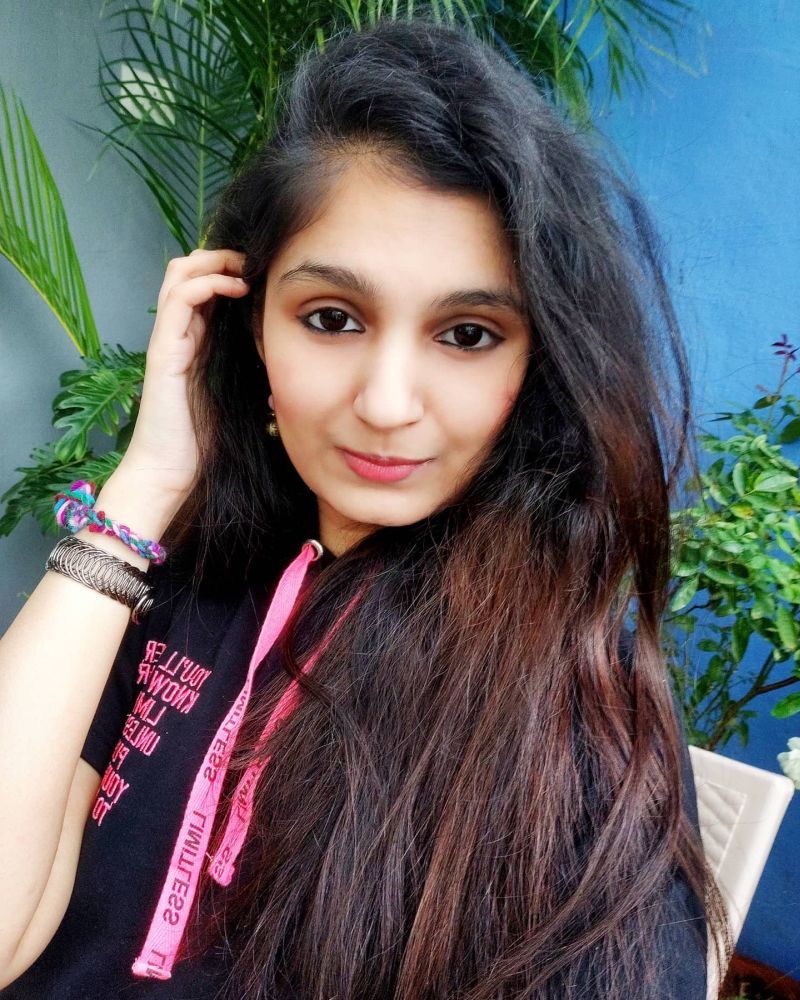 SA: Do you have any favorite/specific guest who has appeared multiple times in your stream?

RP: I have had the privilege to have some amazing personalities on my channel, Grandmasters and titled players and talented people as guests on my stream. My favorite guest is my brother, Akshay Pujari, who supports me in everything. He is currently in San Francisco, and works as a Computational Biomedical Researcher and is a strong chess player. It is great to connect with him through streams.

SA: Which one do you like the most - Sub-battle, simul, solving puzzles, hand and brain etc. or something else?

RP: As a professional player, my focus has always been on creating educational content and playing high level chess on my streams. My streams are a great mix of Puzzles, Training, Playing with viewers, Simuls, Collabs, Hand and Brain, Tournaments, Battles and many more. If I had to pick one, I'd select the training streams, which are useful to anyone who wants to learn chess and is looking to improve regardless of age and chess level.

SA: Correct me if I am wrong, you only stream chess exclusively whereas some chess streamers sometimes stream something else also. Do you ever feel the need to try something else or chess is your favorite way to interact with your audience?

RP: You are right, my current focus is completely on chess-based streams. So far I haven't explored non-chess streams, but I am up for exploring interesting opportunities as they come.

SA: Does streaming take a lot of your time from your regular schedule? How has it impacted you?

RP: Streaming definitely needs planning, time, long hours of work and commitment. Currently I am a professional player, chess trainer and streamer. My day revolves around Chess and streaming fits in perfectly in my life. I am happy that it makes me work on Chess harder. My family has been very supportive, and that is very important. I love streaming and I am always looking forward to my next streams as well as interacting and learning with the chat.

SA: What would you like to say to someone who has yet to start streaming or just started?

RP: I would like to say that it is challenging, but it gets better with work and time. Focus on the growth of your channel and yourself, and try not to think about the numbers as in viewers, followers and subscribers as you start. Even if you are a chess player, streaming is like a different field, and you have to start at the bottom and put in the work. There are good days and bad days. Think about the bigger picture and what you want, and that will help you to get over the challenges and motivate you.

SA: Did streaming help you cope with the lockdown due to the ongoing pandemic?

RP: Of course, my last on the board tournament was the Aeroflot Championship in Moscow in February 2020. I achieved my second WGM norm and was at the peak of my chess career, and was working to complete my WGM title in 2020. But since the lockdown started in March, it has been a tough situation all over due to the pandemic. However, I feel that chess found its silver lining in this period, and there has been a big boom in online chess. Seeing the popularity of the Netflix series Queen's Gambit, celebrities getting into Chess and millions of new people learning and enjoying this royal game, I have been amazed to see this during this pandemic. Streaming and online chess is giving me lots of energy to cope.

SA: Thank you Rucha for taking the time to answer these questions. I hope your channel grows more and you continue to enjoy streaming.

RP: Thank you for this interview. I will keep working on Chess and making my channel grow. I would also like to take this opportunity to express my gratitude to the entire team of ChessBase India for all the work and tremendous efforts they put in to make the game grow. Thank you for everything CB India, big respect.