The reigning World Amateur Champion, Arvinder Preet Singh won the 7th National Amateur Championship held in Jalandhar, Punjab. The tournament, organised by the regional daily, Punjab Kesari, saw local players shine as two of the top three players hailed from the host state. The finale of the event was especially nailbiting when the eventual winner, Arvinder Preet, finished with his sixth straight win after a bad start to clinch the tournament. Meanwhile, the overnight leader, Shubham Shukla, who also comes from Punjab, lost an equal game against Jammu and Kashmir's Soham Komatra to slip down to the third spot. Overall, amid some exciting chess, the tournament also went on to show the growing popularity of the game of chess in Punjab, which would not have been possible without the generous support of Punjab Kesari.

We all fall sometimes, but only those who keep trying despite the fall are the ones who succeed. The reigning World Amateur Champion, Arvinder Preet Singh proved this by winning the 7th National Amateur Championship this year despite having a very bad start to the tournament. Winning all of his final six games, the Punjab lad etched his name on the title prize of the event organised by Punjab Kesari. 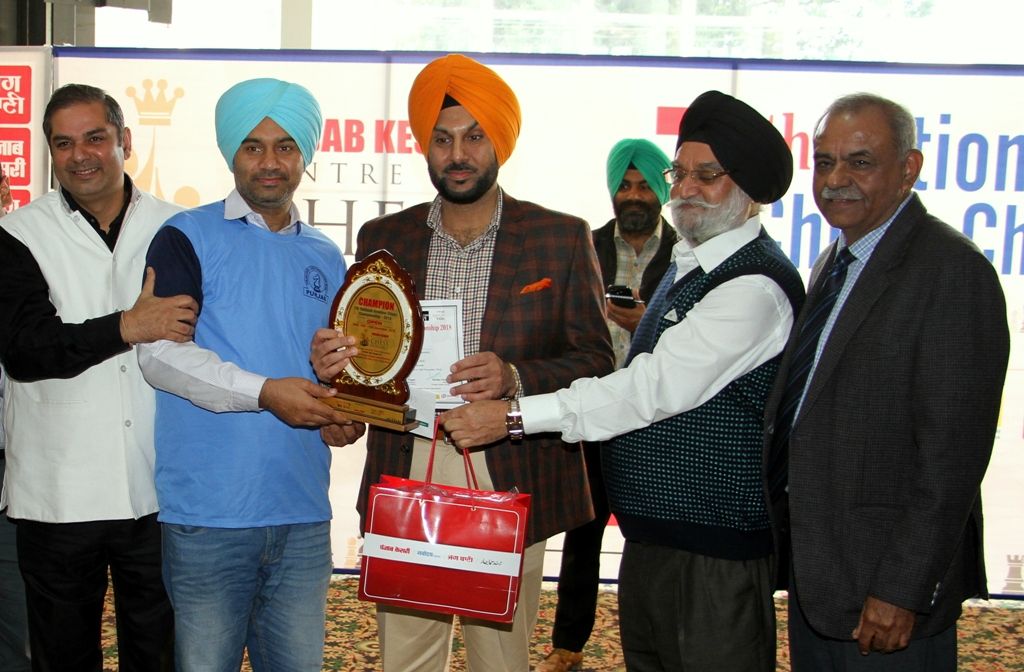 Arvinder defeated Rishabh Jain of Delhi in round 11 to bring his final tally to 9 points. 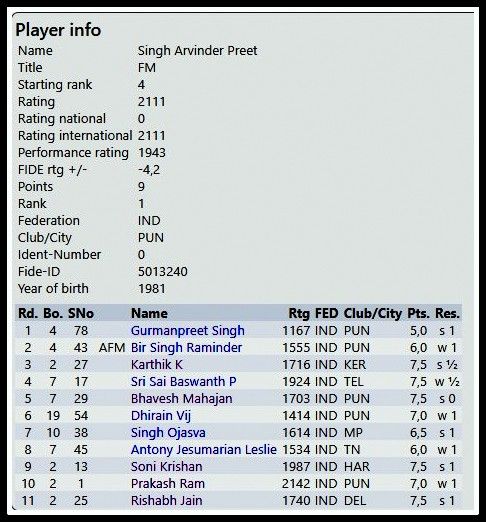 After a dismal start, having scored only three points in the first five rounds against lower rated opposition, Aravinder Preet won all of his final six games. 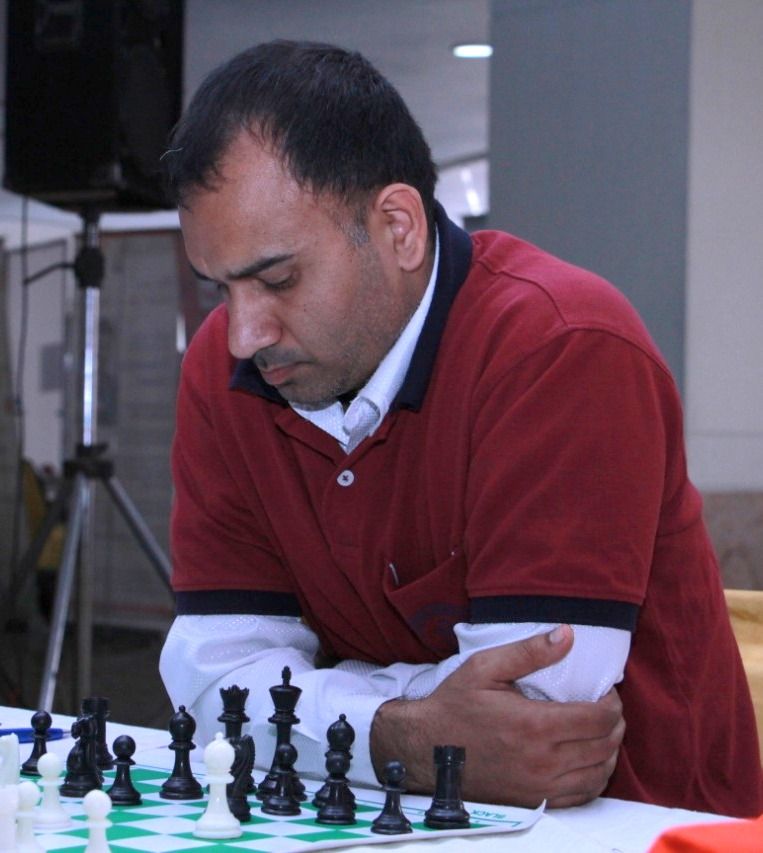 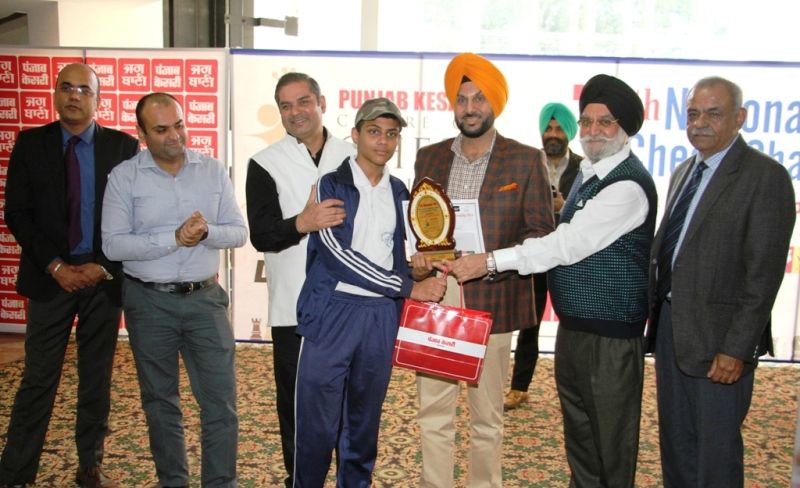 Shubham Shukla's loss to Soham Komatra of Jammu and Kashmir in the final round also played a role in Arvinder's phenomenal win. Shubham had been leading the tournament going into the final round when a loss on the top board slipped him down to the third place with a score of 8.5/11. Komatra, who had won this battle was tied for first with Arvinder but due to his better tiebreak score, the latter was conferred the title prize. 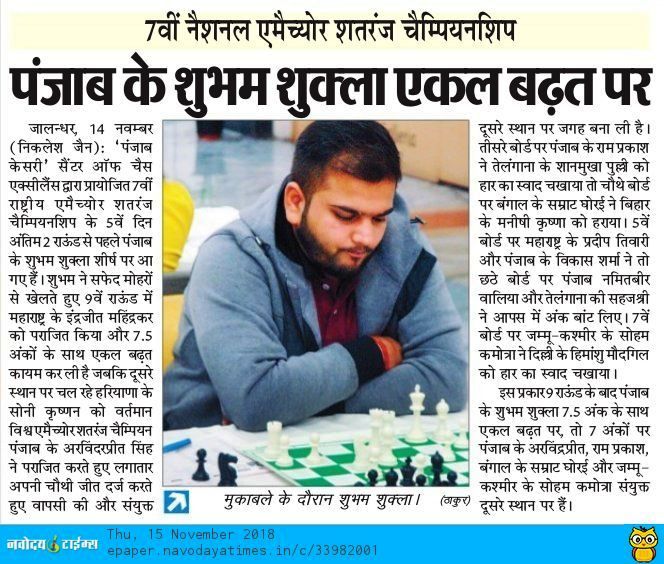 Having led the event until the penultimate round, Shubham Shukla had to content himself with the third place after his final round loss

Y Grahesh, the National Under-25 Champion from Telangana, had also scored 8.5 points but a worse tiebreak score put him in the fourth place. Four players were tied at the 5th to 8th spots with a score of 8.0/11, half a point behind Shubham and Grahesh. After the application of tiebreaks, Indrajeet Mahindrakar of Maharashtra took the fifth place, Bihar's Manishi Krishna remained sixth, Chaitanya Sairam from Andhra Pradesh bagged the seventh spot while J&K's Sumit Grover finished eighth. The ninth and the 10th spots were taken by Krishna Soni (Haryana) and Sahajshri Cholleti (Telangana), respectively. Both players scored 7.5/11.

Although the event was played as one open tournament, women's prizes were given out to the top women performers from the mix. After the 11 gruelling rounds, Sahajshri Cholleti (Telangana), G Sandhya (Andhra Pradesh) and Mehak Jain (Delhi) took the top three spots respectively. 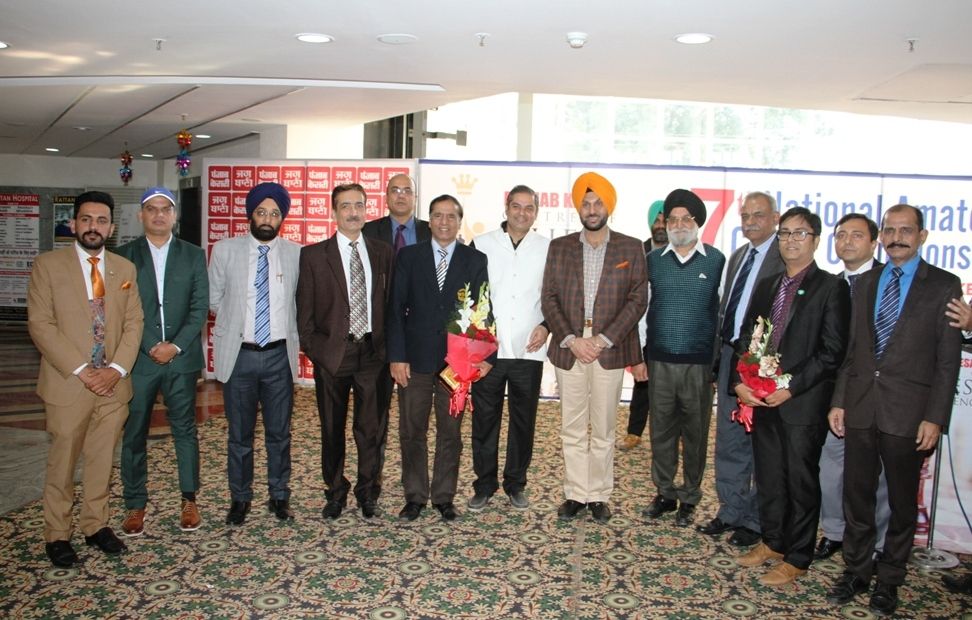 Punjab Kesari is taking chess to new heights in the state of Punjab!

Punjab Kesari Group is one of the oldest and renowned regional dailies in India. It is also a staunch supporter of the game of chess in the state of Punjab. Not only does it sponsor chess events, but it also ensures that the event gets world-class coverage. Furthermore, it is the only Indian newspaper to publish chess news from India and the world on a daily basis. 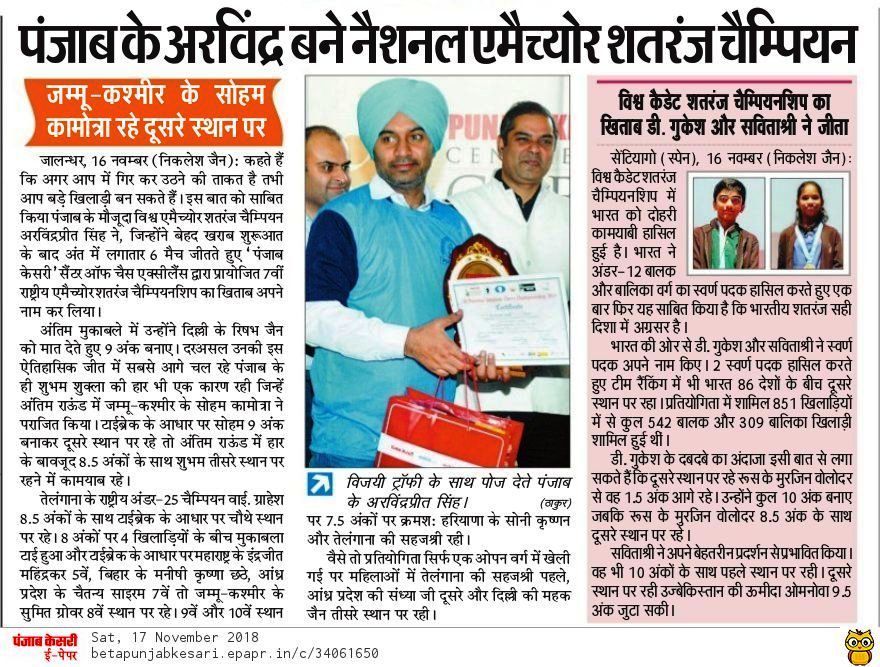 The sports column of Punjab Kesari from the 17th of November 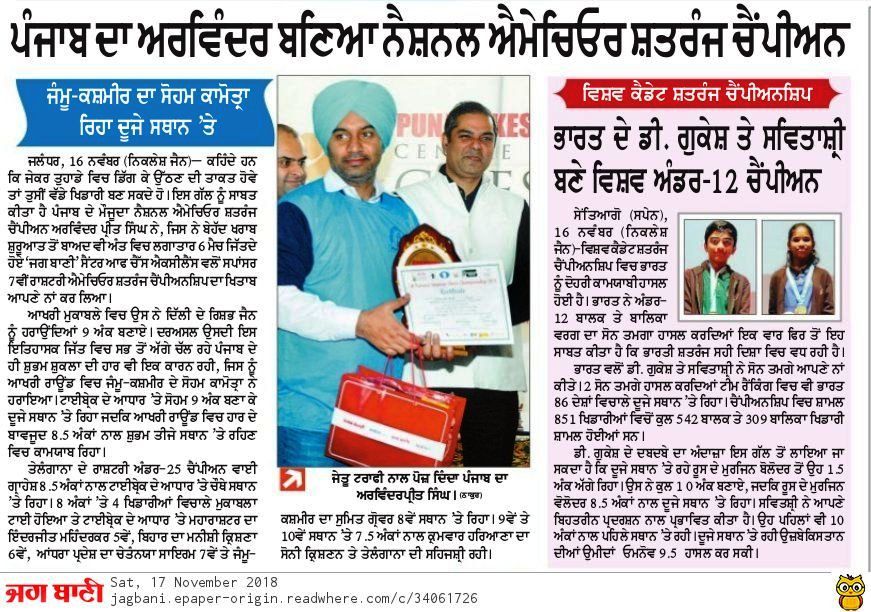 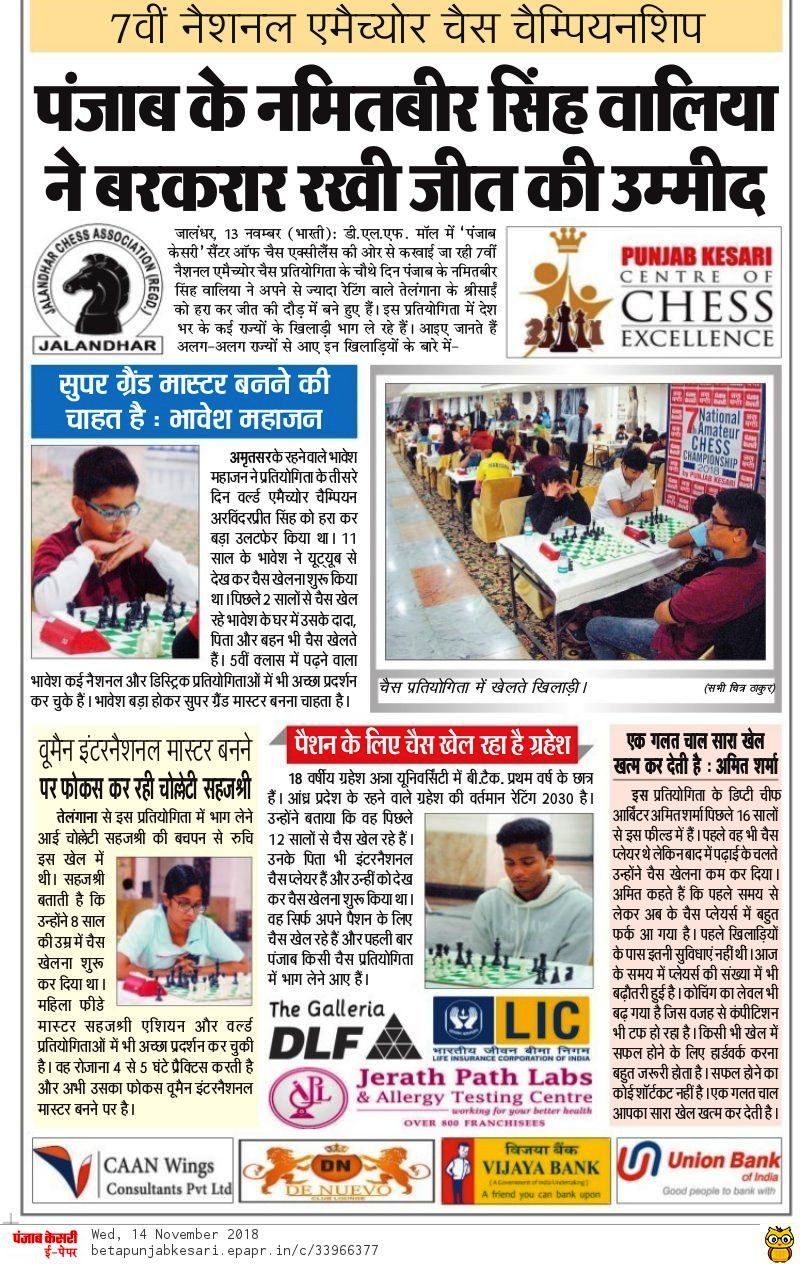 Translated from Hindi by Aditya Pai