After his win in the first round at the Lidums Australian Young Masters 12-year-old Praggnanandhaa slowed down a bit. First he made a draw with the white pieces against the top seed Adrien Demuth, this was followed by a quick draw against GM Vasily Papin. Then came the heartbreaking encounter where in a winning position Pragg blundered and lost the game. But he quickly regained his composure and scored his second win in the fifth round. As things stand, he is now on 3.0/5 and needs 4.0/4 to make his second GM norm. Can the boy do it?

We covered Praggnanandhaa's first win at the Lidums Australian Young Masters GM norm Round Robin event in great depth. He needed 7.0/9 to score his second GM norm. With a win against GM Moulthun Ly his task was simplified a bit and he now needed 6.0/8. In round two he was facing the top seeded opponent Adrien Demuth. Pragg played the King's Indian Attack and was in a bad position right out of the opening. He was even completely lost after a point. But he miraculously managed to save the game. The final position is quite interesting. Black is two pawns up, but cannot breakthrough in any way. 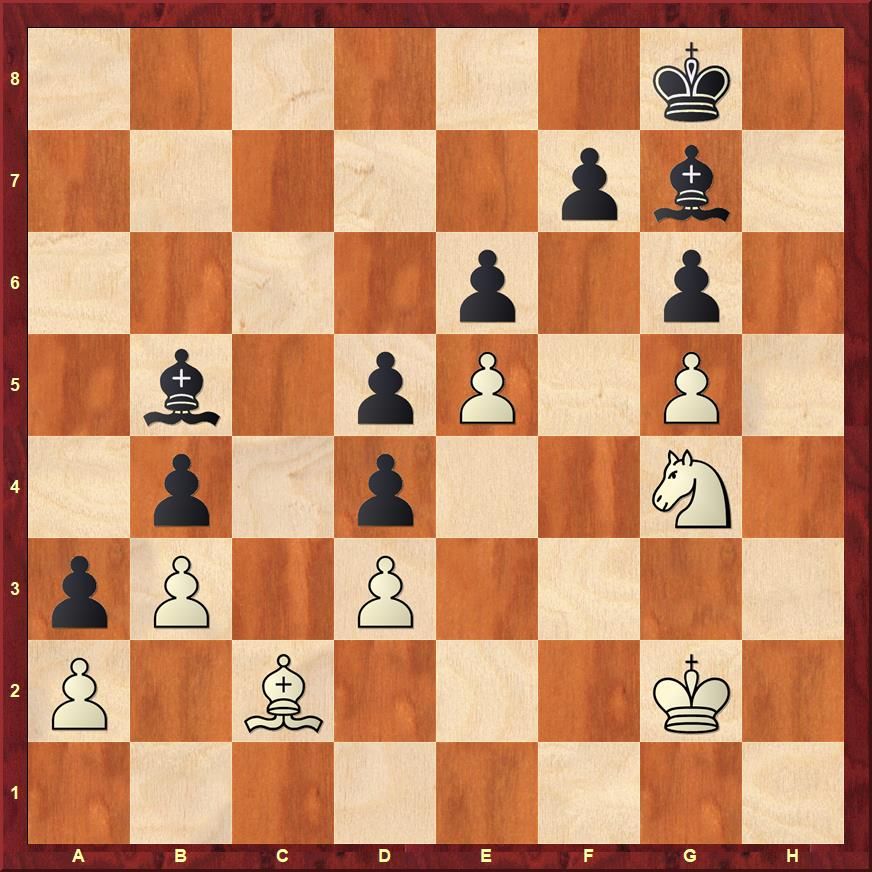 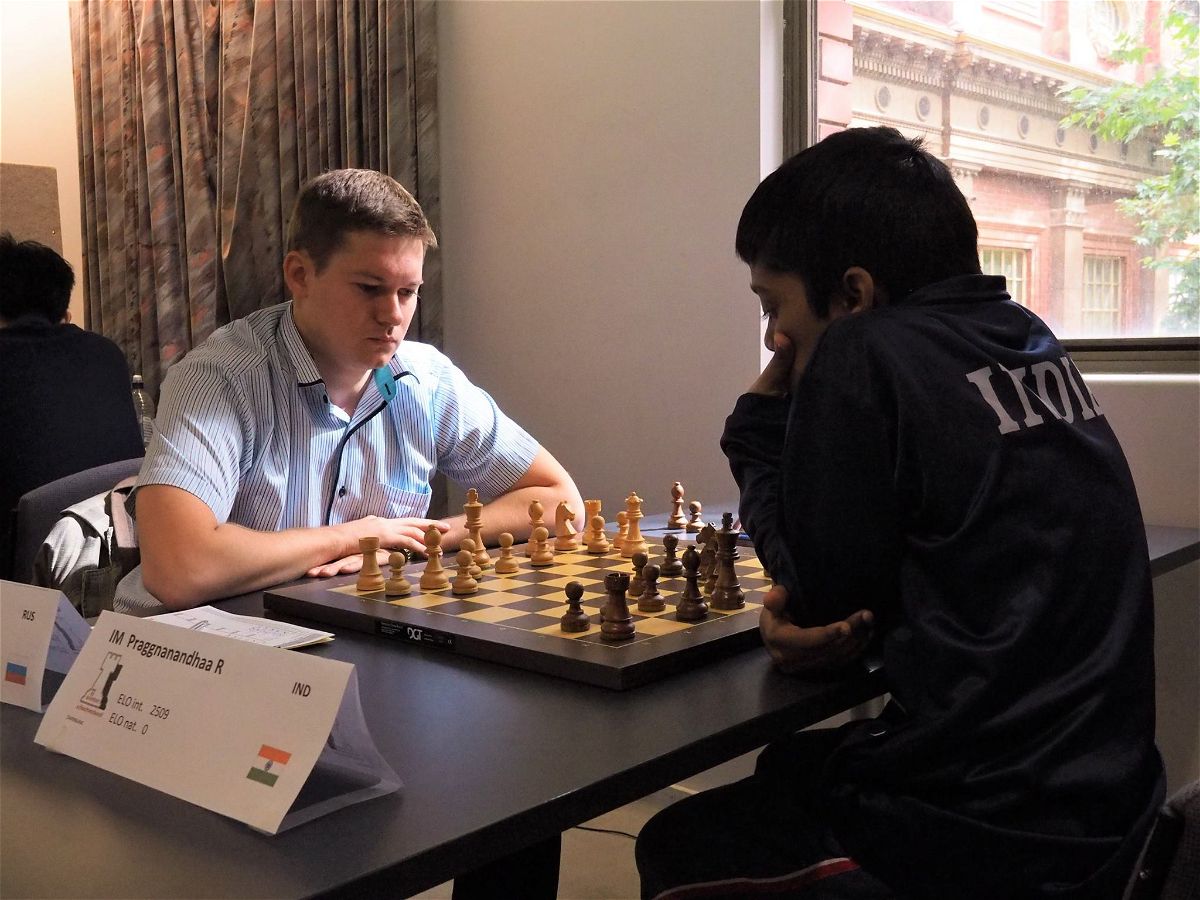 Round three was pretty successful as he drew with GM Vasily Papin quite easily with the black pieces | Photo: Sabrina Koetsier/ Chesslife

With three GMs played in three rounds and a score of 2.0/3 things were looking pretty bright for young Pragg. They got even better when in the fourth round he was in a completely winning position against IM Izzat Kannan of Azerbaijan. 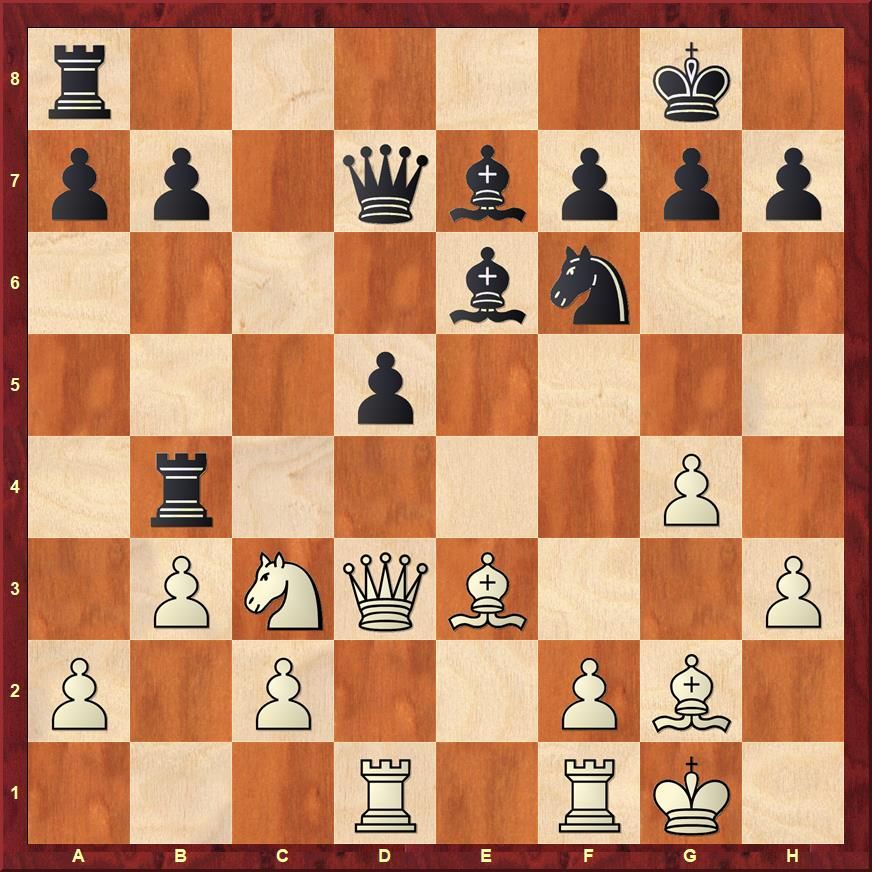 Pragg, who is white, has great pressure on the d5 pawn. The rook on b4 is misplaced and all in all it is a completely winning position for White. Izzat in a desperation mode sacrificed his bishop on g4. Now White could have simply taken on d5 with Nxd5 and after Nxd5 play hxg4 with a totally winning position. However, Pragg took back on g4 and after a few moves the following position was reached: 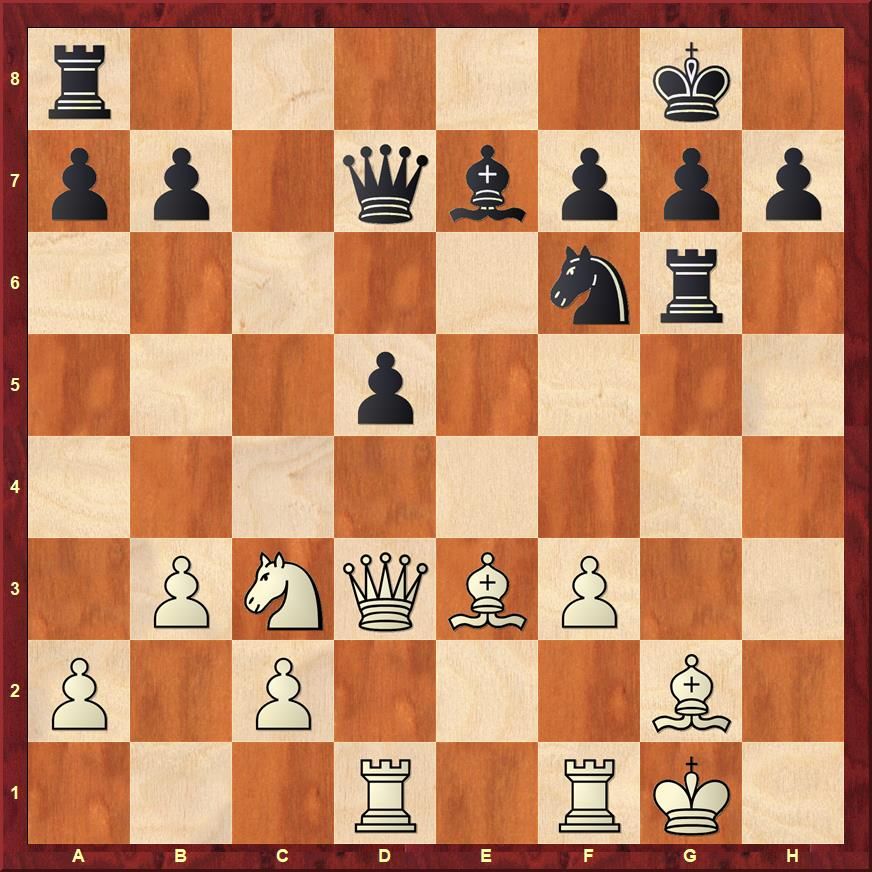 White can simply play Rf2 followed by Kf1 and gain an excellent position. However in the game Pragg went for Nxd5, which was not yet a mistake, but he made one error after another and soon landed in a completely lost position. This was a very uncharacteristic loss for the little boy. 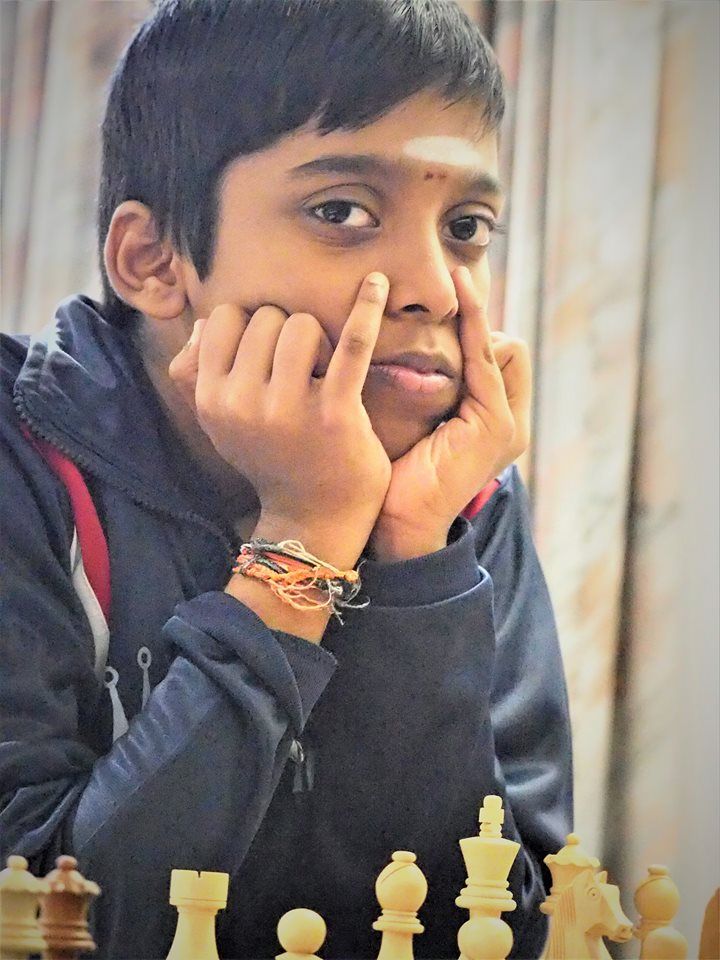 Pragg lost the game and was now on 2.0/4 | Photo: Sabrina Koetsier/ chesslife

Pragg now needed 5.0/5 to make his GM norm. Quite an impossible task if you ask me. But as long as there is a theoretical chance, the boy is not going to give up! He has taken the first step in the right direction with a blistering win against IM Dale Ari. Mind you, Dale is a competent player with a rating of 2390. To win against him on demand shows the tremendous depth of Pragg's play. He chose the Chigorin, sacrificed a piece for central armada of pawns and made sure that his little guys force his opponent to resign. 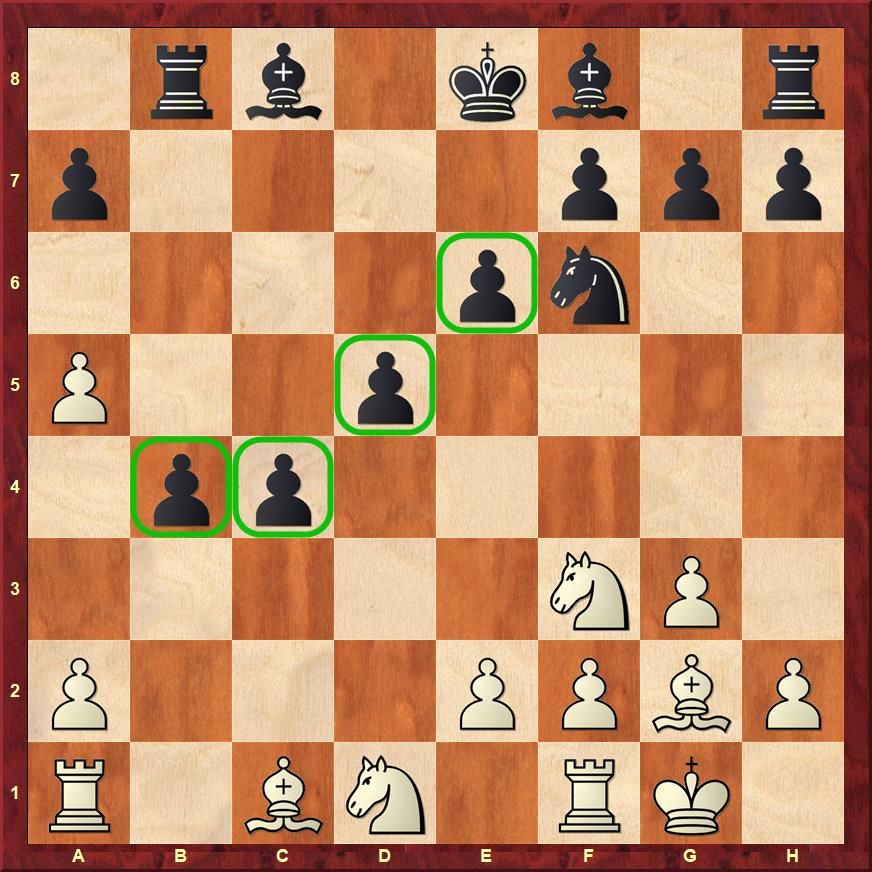 Such pawns are not so easy to control

Pragg made masterful use of these pawns and won the game.

Now Pragg needs 4.0/4 in order to make his second GM norm. These are his opponents: 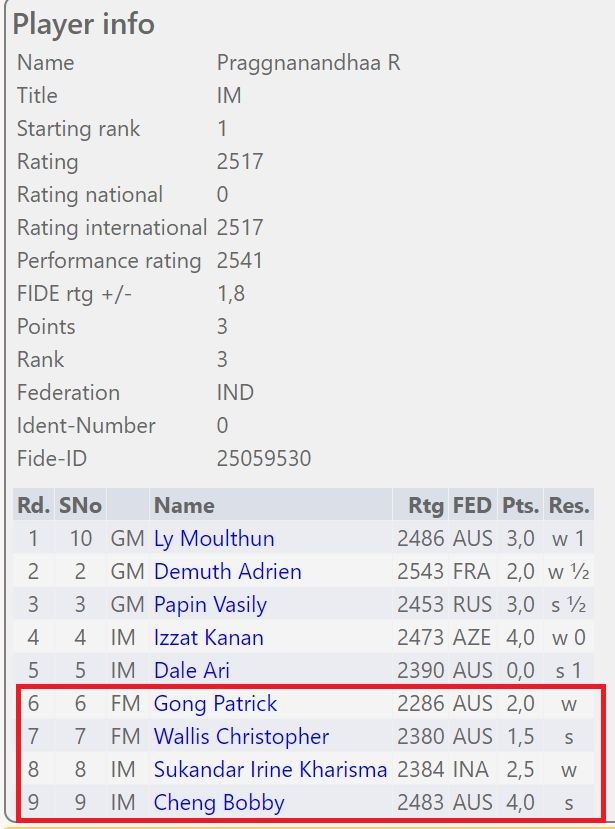 The task is difficult, (especially the last round opponent Bobby Cheng who is in great form) but I think this is great training for the young boy. He is being forced to play for a win with both colours and he has to do so against quite strong opposition. Will he score 4.0/4? Let us know your thoughts in the comments section below. 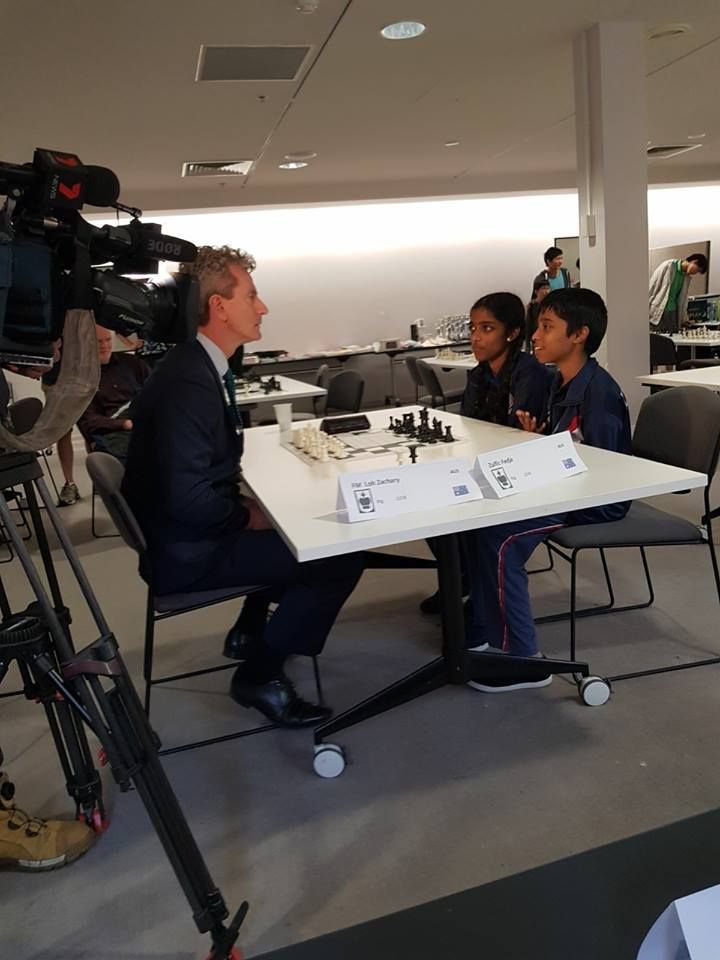 Pragg and Vaishali were interviewed for Channel 7 in Australia 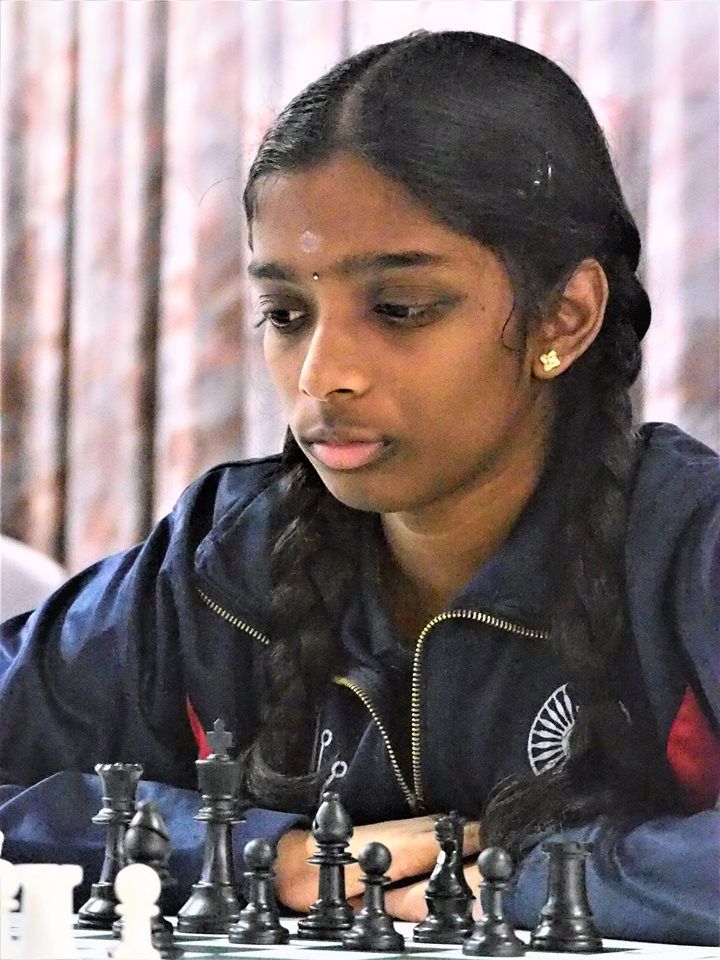 Vaishali is on 3.5/5 and has good chances to score an IM norm | Photo: Sabrina Koetsier/chesslife 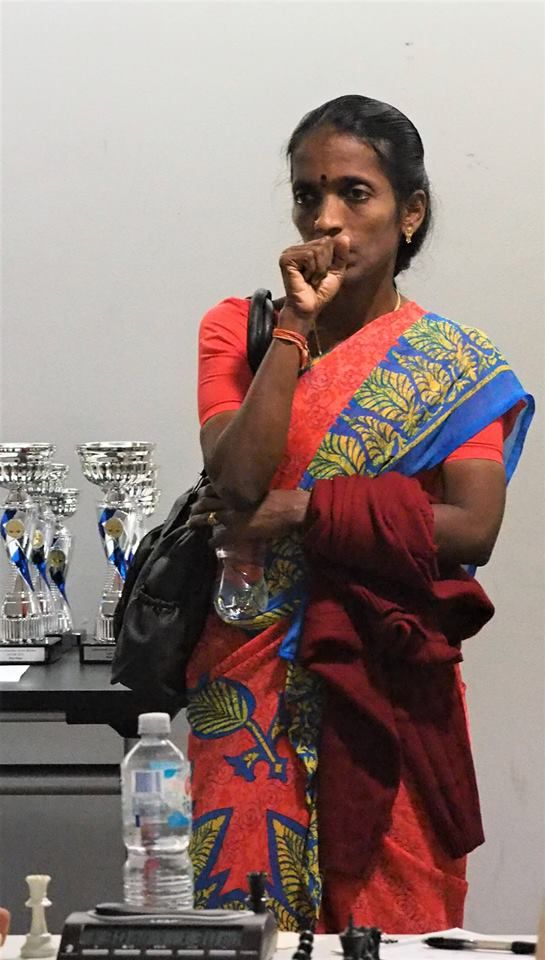 The powerful lady who ensures that the dreams of both her children are fulfilled | Photo: chesslife