Magnus Carlsen is known to be a slow starter in tournaments. But on his home turf in Norway, the world champion has begun with a bang. Not only has he won his inaugural round game, he has won it against his newly appointed world title challenger, Fabiano Caruana! In the other games of the day, it all ended peacefully: Anand was held by Aronian, Mamedyarov drew MVL while So and Karjakin fought until bare kings remained. Nakamura came close to beating Ding Liren but that game also fizzled out into a draw after Naka missed some chances. A report with pictures and games.

Carlsen beats Caruana to race past the field

After an exciting blitz, the classical leg of the Altibox Norway Chess 2018 kicked off with four draws and a decisive result in the inaugural round. The big spectacle of the first round was the little prelude of sorts the chess buffs were promised to the world championship match – the game between Magnus Carlsen and Fabiano Caruana.

Since Caruana’s win at the Candidates’ tournament that qualified him as the challenger to the world title, this was to be his second encounter against the world champ. The first was at the Grenke Chess Classic in Germany, where Caruana was playing just days after the Candidates. At Grenke, the game was drawn and later Caruana went on to win that event ahead of Carlsen. Whether he would win in Norway like he did at Grenke is a different debate altogether but the way his game kicked off against Carlsen did not promise too many sparkles, alluding, perhaps, to a similar result as in their previous head to head encounter. 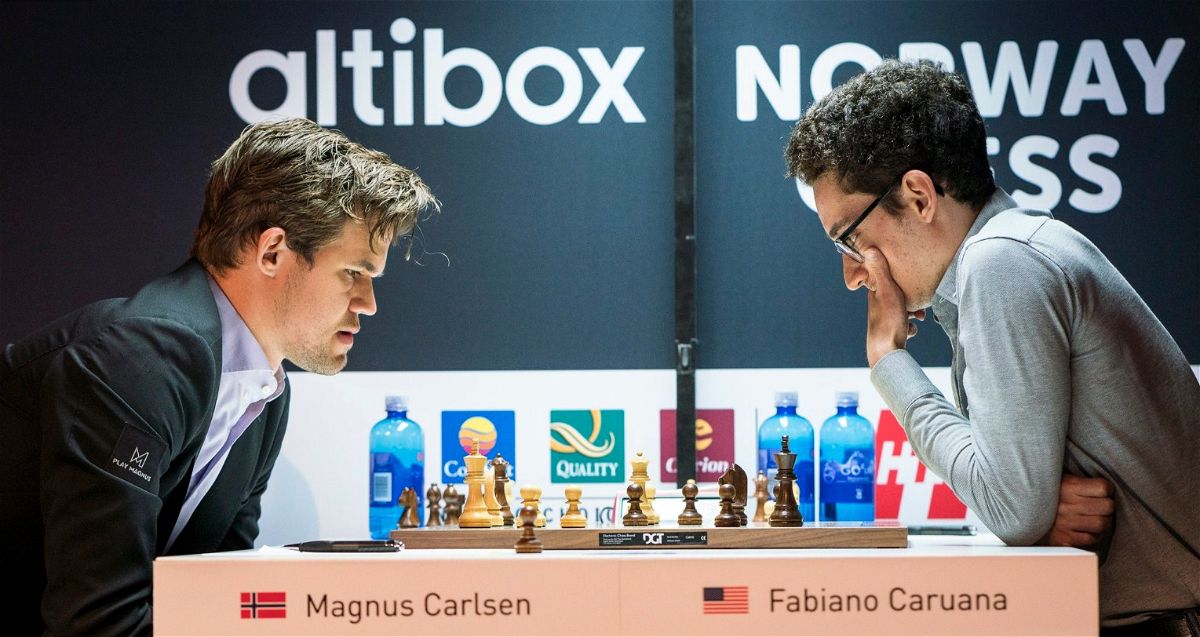 The biggest game of the round: Carlsen against Caruana | Photo: Altibox Norway Chess Twitter

In Grenke, Caruana had the whites; in Norway, Magnus was to make the first move. Lately, Caruana has been seen – quite successfully – experimenting with the Petroff Defence as his response to the king’s pawn opening. Maybe, he might even be considering deploying the opening against Magnus in the big match. In this game, the world champ gave his newly elected challenger a little food for thought if he were really considering the Petroff by side-stepping the line altogether.

Carlsen did open with the king’s pawn in this game but chose the bishop’s opening on his second move. It’s not anything earth-shattering, of course. The line is considered innocuous, and more importantly, Carlsen has played it before. Caruana quickly went for the variation that equalizes almost by force, by breaking open in the centre. 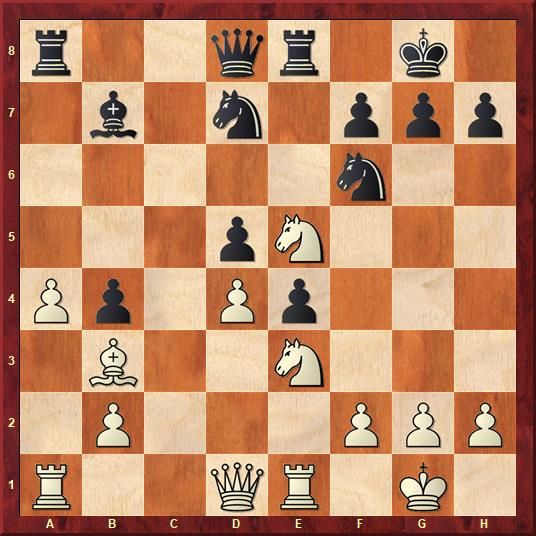 Position after 17.Ne5. Here black grabbed the offered pawn with 17...Nxe5 18.dxe5 Rxe5. However, Carlsen thought it was interesting to sac the exchange with 17...Rxe5 and get the central pawns rolling.

The first critical point came on the seventeenth move when Carlsen offered a pawn in return for a firm piece blockade in the center that gave his pieces more freedom. After the game, Carlsen said he was expecting Caruana to reject the offered pawn and make an exchange sacrifice of his own that would give him strong central passed pawns. But Caruana took the offered pawn and Carlsen established his desired blockade. On his 25th turn, Caruana, in contesting for the queen bishop file with his rook, gave up his extra pawn and this, Carlsen thought, was “insane”. In giving up the extra pawn, Caruana had allowed Carlsen two strong passed pawns on the queen’s wing while his own pawns were stymied in the centre.

Winning, from this point, was still a distant dream but Carlsen did have palpable pressure on the position. And that’s all he needed to keep milking for a decisive advantage. It took Carlsen 77 moves in a long and difficult queen and pawn endgame, but he did pull out a victory. After the game, Carlsen said he felt he might have missed some opportunities but he wanted to keep it safe.

While Carlsen tried laboriously to pull out a win, two games were drawn surprisingly fast – Viswanathan Anand vs Levon Aronian and Shakhriyar Mamedyarov vs Maxime Vachier-Lagrave. 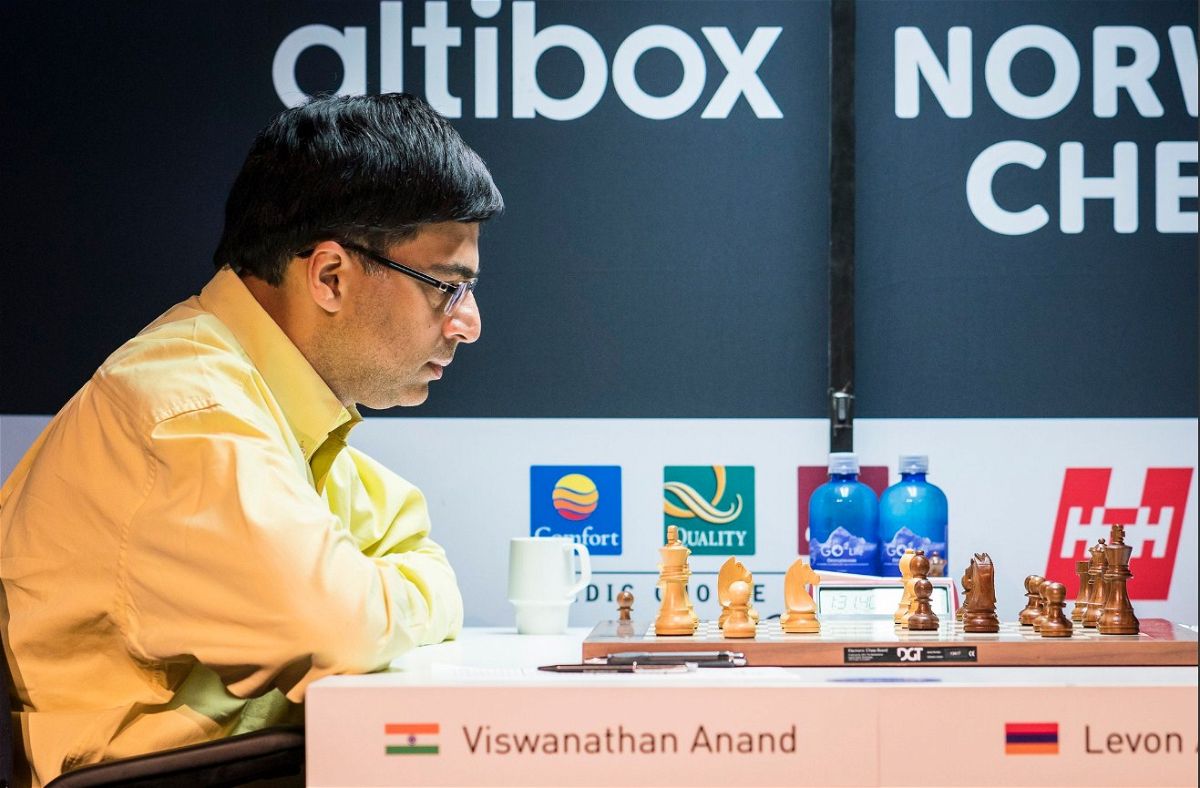 The game between Anand and Aronian was, perhaps, the most tepid. This game also began with a king’s pawn opening that Aronian steered into the waters of the Berlin Defence. Right out of the opening, Aronian broke open in the centre and a mass exchange of pieces followed. By the twelfth move, queens were off the board and by move 20, only rooks and pawns had remained. At no point did it seem that the game would end in any other way than a draw; and so it did on move 31. 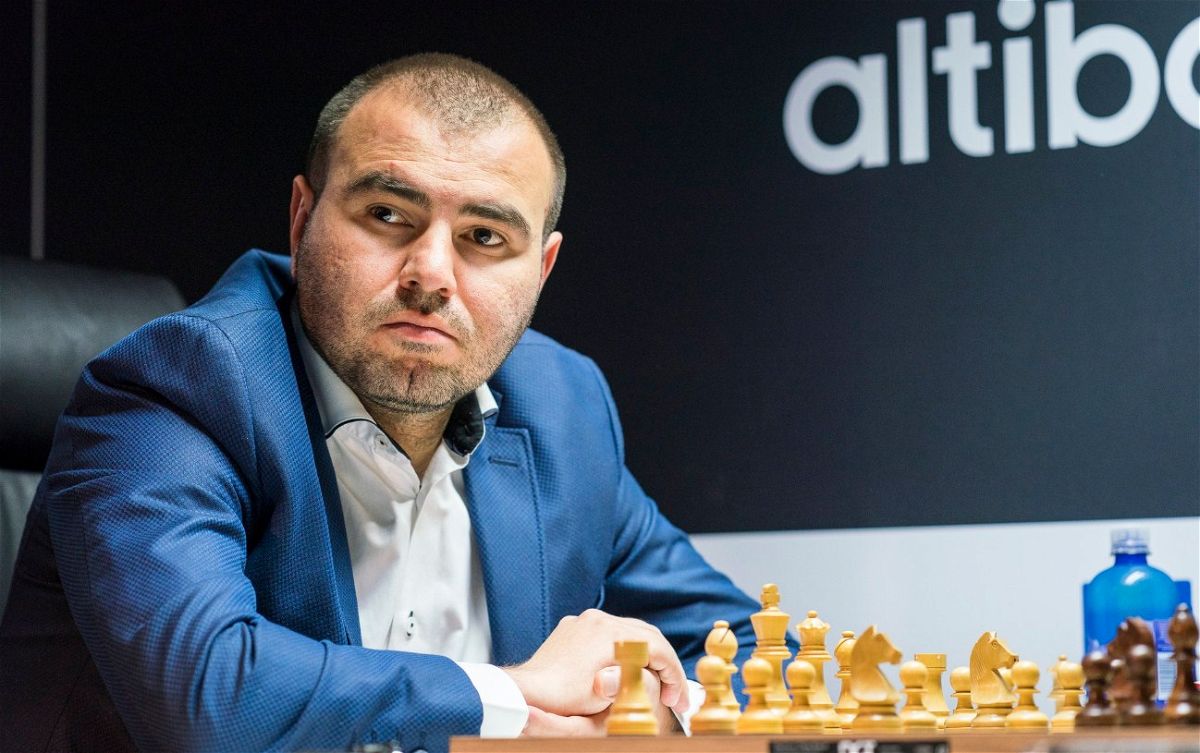 The game between Shakhriyar Mamedyarov and Maxime Vachier-Lagrave finished even quicker. It lasted only 25 moves. With the black pieces, Vachier-Lagrave went for his pet Gruenfeld Defence but wasn’t able to bring out anything spectacular. Mamedyarov also did not push for an advantage out of the opening and, starting on move 21, began to repeat the position and agreed to a draw. 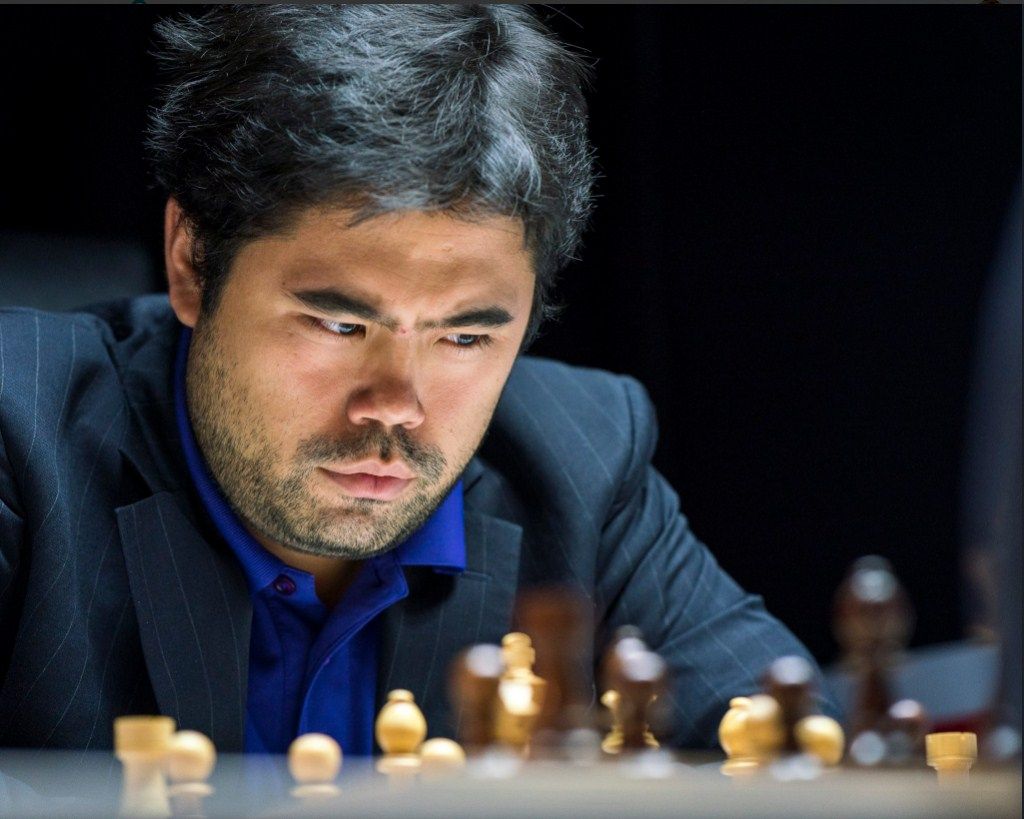 Unlike these two games, the third draw of the day between Hikaru Nakamura and Ding Liren was quite an interesting one. Play began with an English Opening wherein Nakamura, who was playing white, pushed on the kingside while Ding sought initiative on the queen’s wing. On the 30th move, a misplay by Ding put Nakamura in a winning position. But by this point, players were also in time trouble and trying to find his moves quickly, Nakamura missed the critical line. Instead, he went for a knight sacrifice that led to a repetition of moves to hold to a draw.

After the first round, Magnus Carlsen, with his win over Fabiano Caruana, has taken sole first place. Everyone else, except Caruana whose score is 0/1, shares the second place with a score of 0.5/1.