For the first time in many years, if not decades, the Madras Tiger, Viswanathan Anand will be playing as the bottom-most seed in a tournament -- The Altibox Norway Chess. But before the main event began, a blitz tournament was organised. And here, too, Anand was second from the bottom in terms of rating. But despite his rating deficit, the Indian ace slayed his competitors and scored a whopping 5.5/9 to finish joint second along with Hikaru Nakamura. With this Anand not only earned an extra white in the main event but also 16 Elo points, that brought his blitz rating back to 2800. Report.

Anand starts with a bang in Norway!

It will be for the first time in many years, if not decades, that the ‘Tiger from Madras’ will begin as a tailender.   In its sixth edition, the Altibox Norway Chess is poised for a grand kick off today featuring eight out of the world’s top ten players. And even the ones who aren’t among the world’s top 10 – Viswanathan Anand and Levon Aronian – are, without a doubt, legends in their own right. Surprisingly enough, Anand will be the bottom-most seed in the tournament this year! 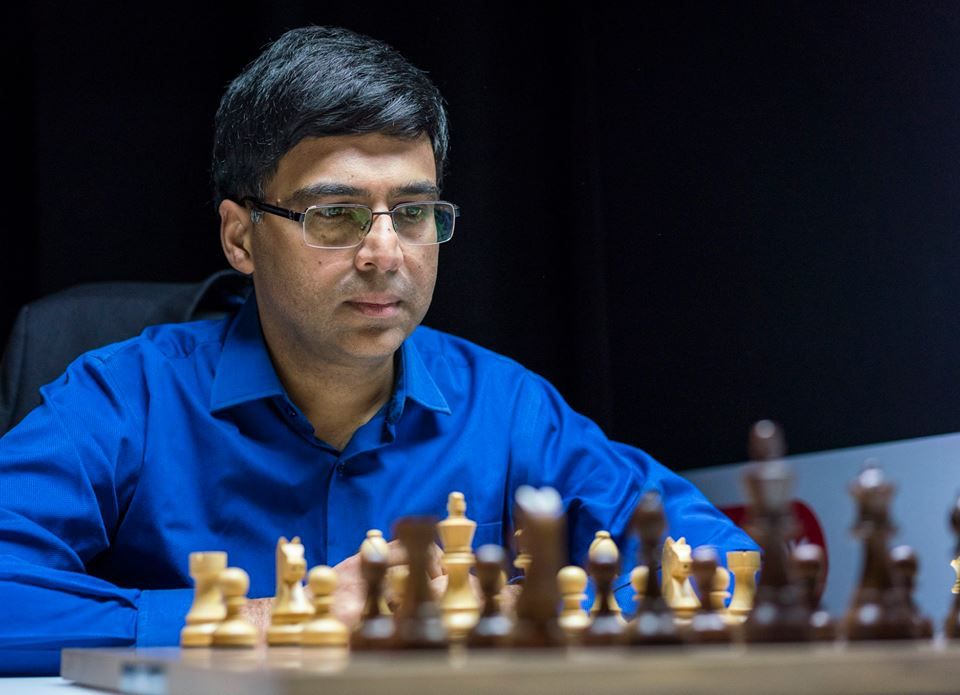 What has also made the Altibox Norway Chess distinctive is the fact that it will feature a clash between Fabiano Caruana and Magnus Carlsen, the two stalwarts braced to cross swords for the world championship title in November this year. 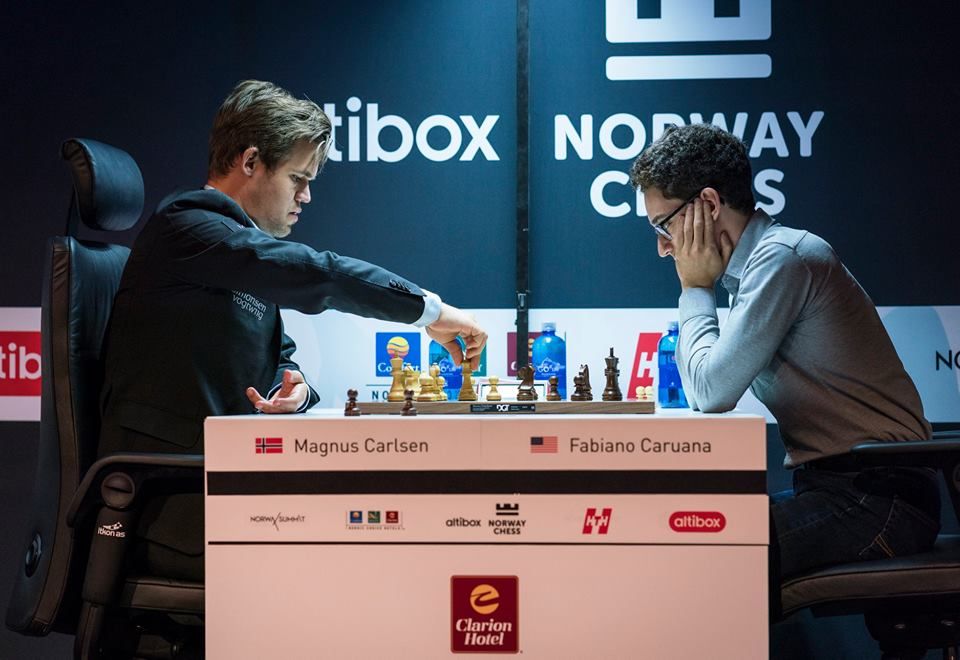 Carlsen's path crossed with Caruana's in the seventh round of the blitz | Photo: Altibox Norway Chess Facebook

But before all the action began, a blitz tournament was organized to help players get their motor running for the main event. And in the blitz, it was neither Carlsen nor Caruana who finished as Victors, but the Filipino-American GM Wesley So who clinched the title with 6.0/9.  Just half a point behind So were Hikaru Nakamura and the Indian chess legend, Vishy Anand, sharing the second place with a score of 5.5/9. Carlsen had to content himself while his world title challenger, Caruana, finished seventh in the final standings. 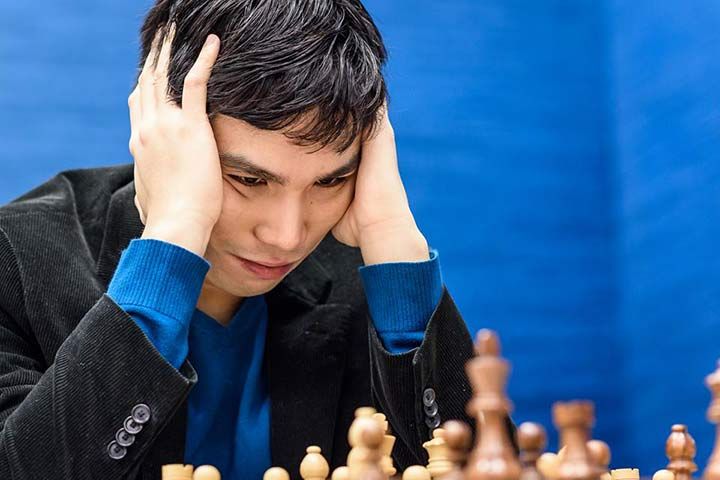 Wesley So emerged as the winner of the Norway Chess Blitz | Photo: Alina L'ami

In the blitz line up, too, Anand was ranked ninth in terms of rating out of the ten participating players. Kick off was rather slow for the Indian ace. While he was held to a draw in the inaugural round by the lowest ranked player in the pack, Shakhriyar Mamedyarov, his result against the eventual winner, Wesley So, wasn’t any different in round two. 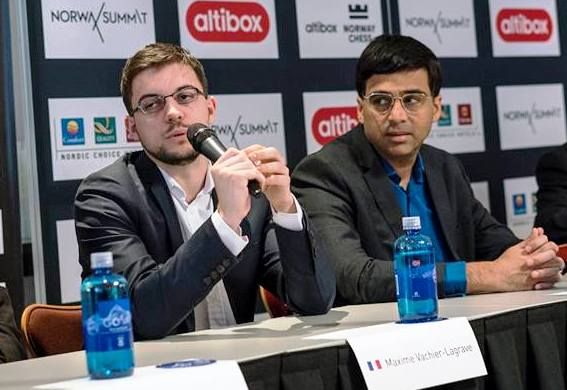 The first big win for Anand came in round three against the French number one, Maxime Vachier-Lagrave.

For the most part in the game that began with the Reti Opening, Anand, who had the white pieces, was unable to generate many chances. But even though the Frenchman clenched firmly to equality well into the middle game, the ticking clock made him cave in. While the game seemed to be transitioning into a balanced endgame, Vachier-Lagrave began making inaccuracies that gave Anand good attacking chances on the black king. A further blunder on the 35th turn spelt instant doom; in the next five moves, Anand forced resignation. 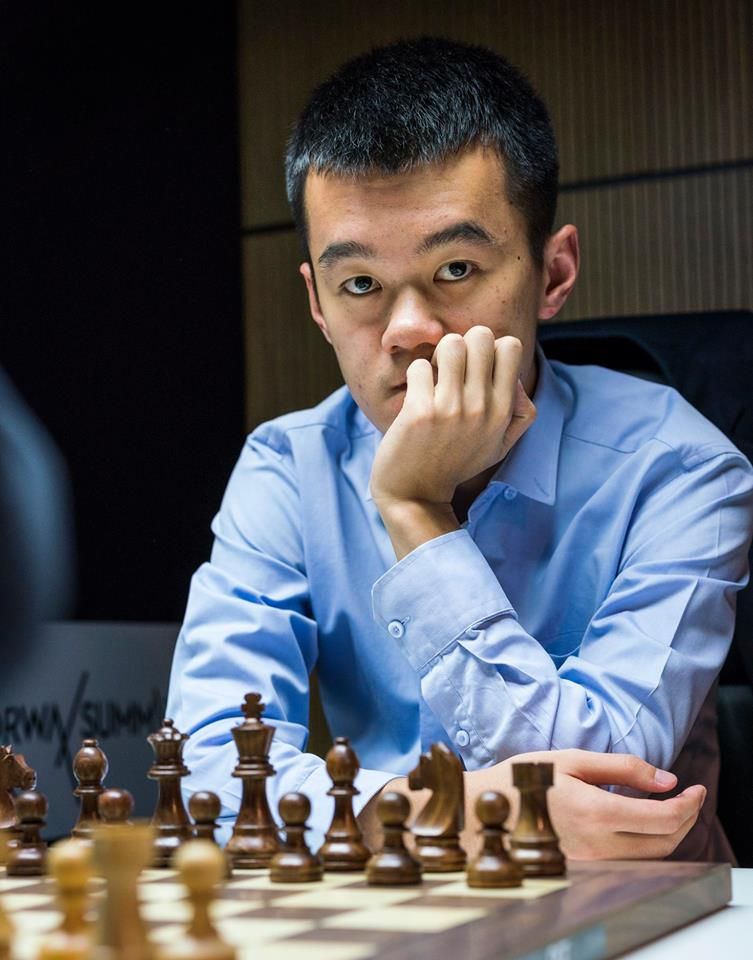 In the very next round, Anand won yet again, and this time with the black pieces. Yet again, a king side attack was seen on the board. But unlike the previous game, it was Anand who was defending here. Having opened the king knight file early in the game, Ding Liren, Anand’s opponent, began to attack in a text book manner, racking up heavy pieces on the open file. While blows were being exchanged, time pressure also began building up. The evaluation changed several times during the game. At some point, Anand had the clear edge, at another, it was Ding who was winning. But Ding’s error on the 37th turn had dire consequences. It led straight to a checkmate and when Anand played the right continuation, it was lights out. 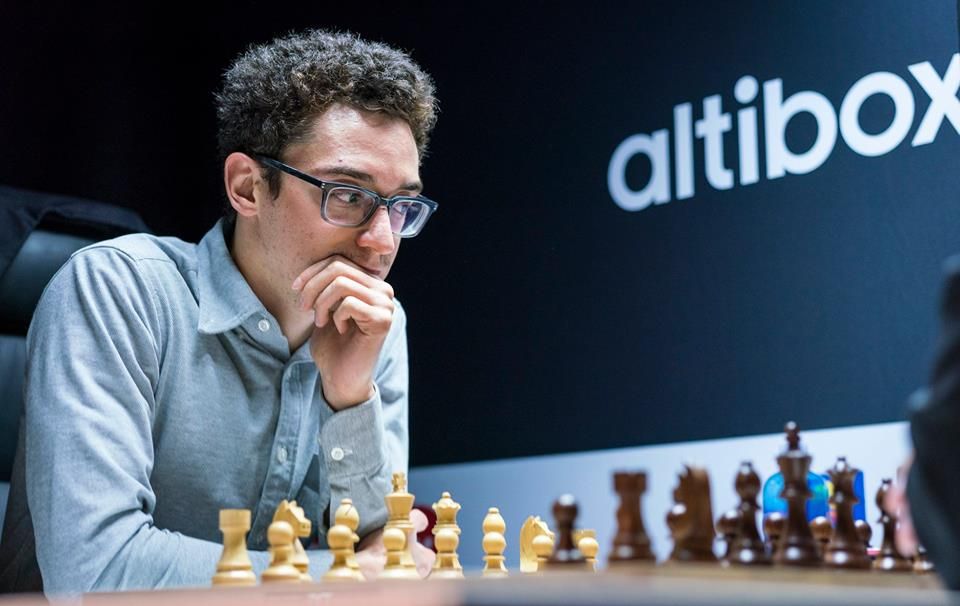 Anand’s winning spree, however, was brought to a crushing halt in the fifth round. While time turned the tide in Anand’s favour in the third and the fourth rounds, it turned out to be an ignoble foe, two rounds later. Playing against Fabiano Caruana with the white pieces, Anand had nothing to fear in terms of his on the board position. However, the clock situation told a different tale altogether. On his 29th turn in a completely equal position, Anand lost the game on time! It’s incredible how the ticking clock can take its toll even on the legendary Vishy Anand, who was once known as ‘the lightning kid’. 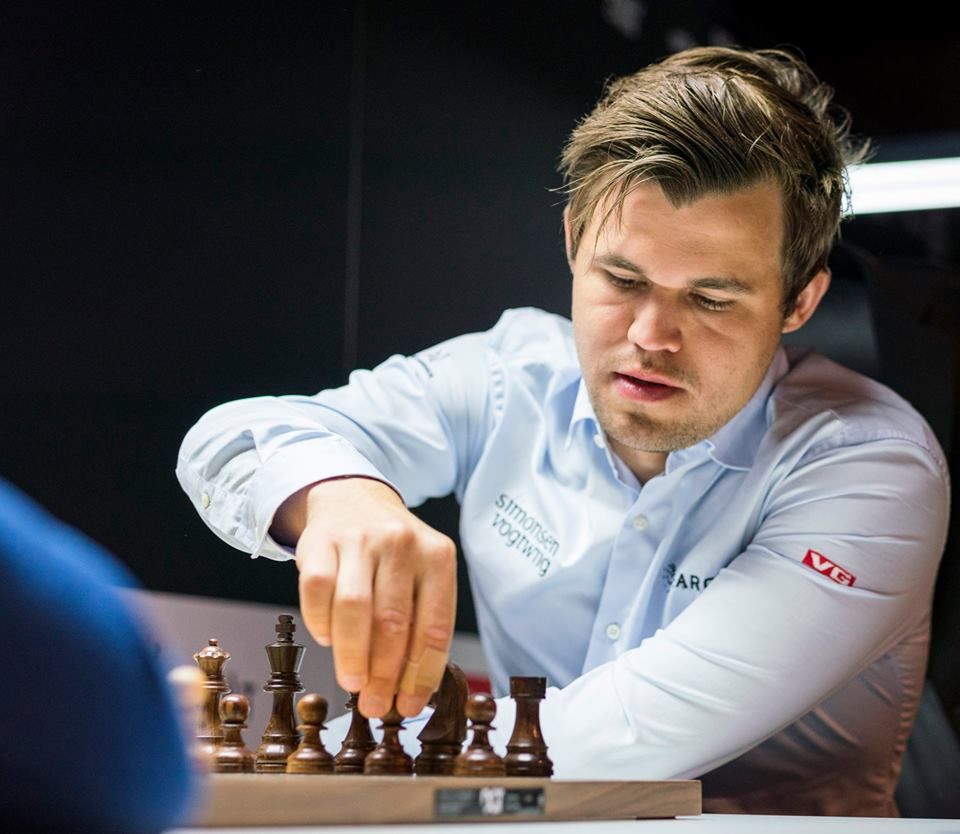 Immediately after his loss, Anand came back strongly with a draw against Magnus Carlsen | Photo: Altibox Norway Chess Facebook

But undeterred, he continued strongly holding world champion Magnus Carlsen (who is rated almost 200 points higher than Anand in blitz ratings!) to a draw with the black pieces in the succeeding round. 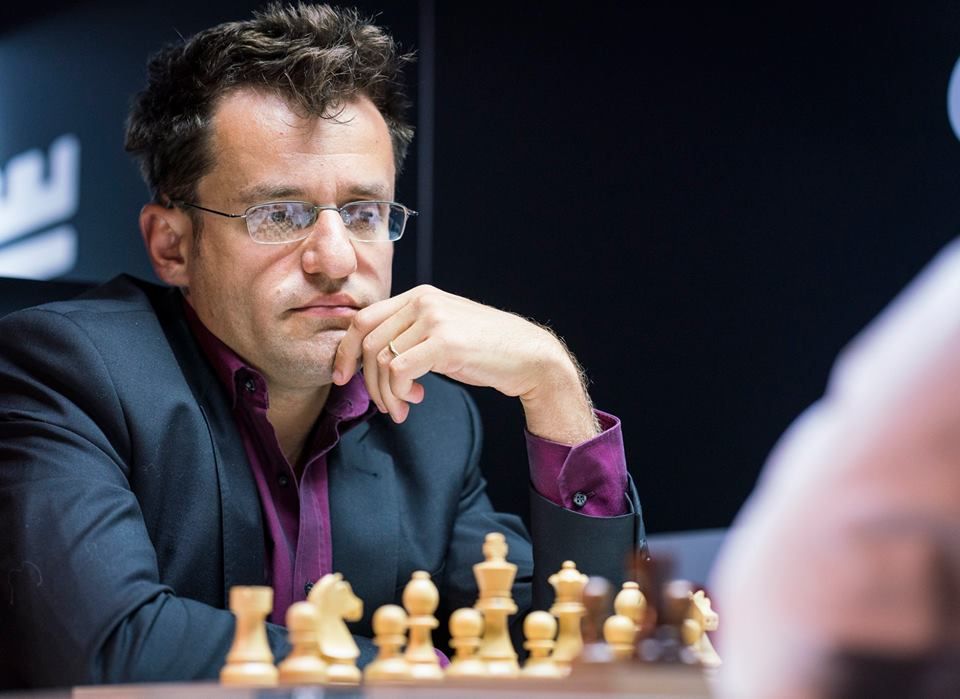 And in round 7, he scored another win against Armenian superstar, Levon Aronian. | Photo: Altibox Norway Chess Facebook

Anand was never in trouble in this game. With the black pieces in the innocuous Italian opening, Anand was able to equalize comfortably and began to push after the Armenian fumbled on his 36th turn. This allowed Anand a strong initiative on the kingside which he grabbed with both hands and caught the white king in a mating net by move 42.

By this point, Anand was leading the tournament along with Wesley So, Hikaru Nakamura and Magnus Carlsen. While Anand and Nakamura drew their last two games, Carlsen lost to Levon Aronian and slipped down a spot. Wesley So, on the other hand, was able to pull out a win in the penultimate round against Fabiano Caruana and take home the title after a draw in the finale.

Anand, along with his joint second place, also gained 16 Elo points at this event and brought his rating back to the coveted 2800 mark. Also, having finished among the top five in the blitz, Anand will have an extra game with the white pieces in the main event. More importantly, with this performance, he has made it clear that even if he will be the bottom-most seed in Norway, he is sure to be a force to be reckoned with. What remains to be seen is if Anand could continue this form into the classical leg of the event, too, finish atop the leaderboard once again.