Top seeds had a relatively smooth start in MPL 50th National Junior Open and 35th National Sub-Junior Girls Chess Championships. There were no big upsets on the first day. 103rd seed Yashasva Anil Kanholkar (CHT) got himself a winning position against third seed IM Raahul V S (TN). However, the reigning Asian Junior champion, somehow managed to salvage a draw. In the Girls event, Sachi Jain (DEL) was completely winning against third seed WFM Bhagyashree Patil (MAH) but she could not make the most out of it. Everyday there will be double rounds except the final day. Round 3 starts today at 9:00 a.m. IST today. Photo: IA Jitendra Choudhary

Sachi misses her chance against Bhagyashree

Sachi Jain (DEL) got herself a very good opportunity against WFM Bhagyashree Patil (MAH). She made an incorrect break which only worsened her position. 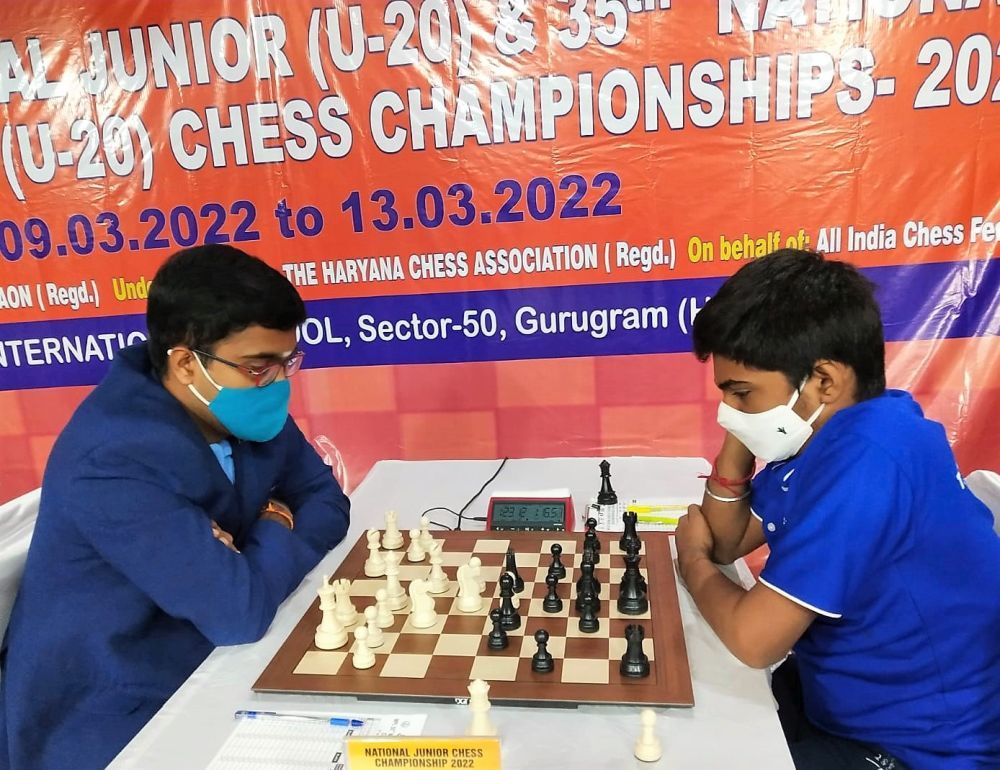 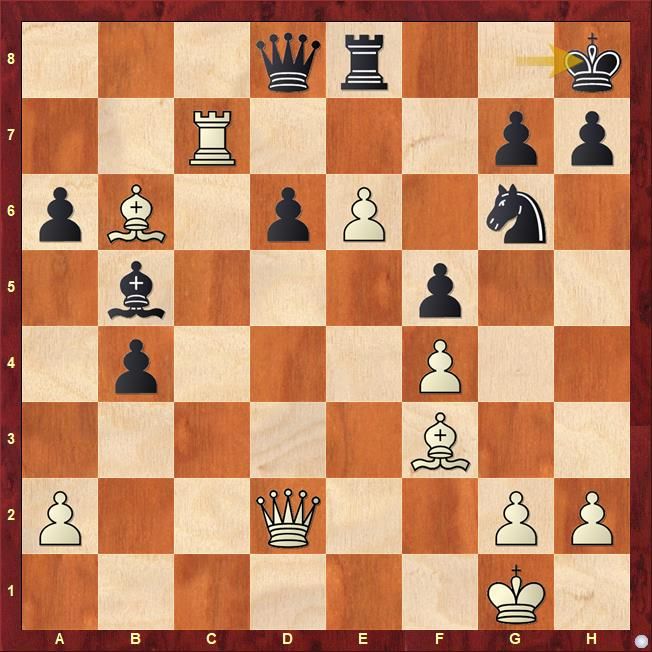 One of the best chances White had in the game was in the above position. 30.a4 bxa3 31.Qc3 Qf6 32.Bd4 is completely winning for White. The game continued 30.Bb7 d5 31.Kh1 White got a few more chances which he was unable to capitalize. Raahul managed to escape with a draw. 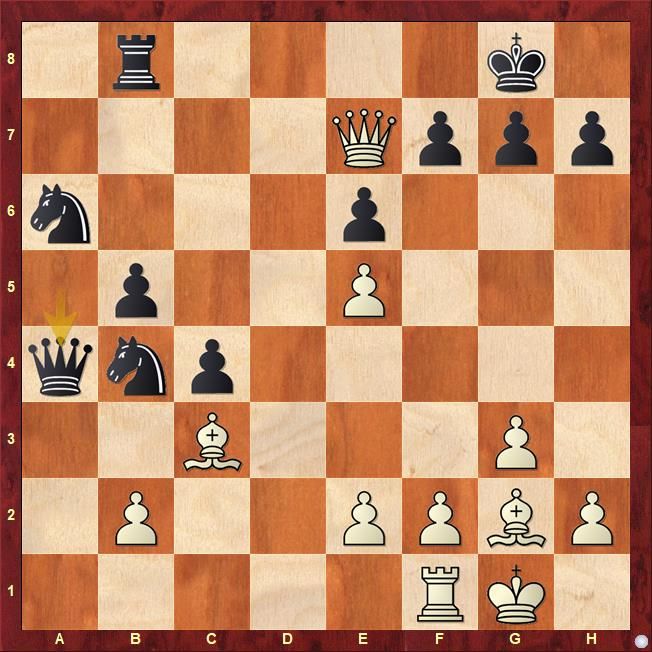 Black's pieces are so badly tied up that none of them can come to the aid of the king except the rook. 21.f4-f5 seems devastating for Black. Koustav managed to endure a completely lost position, waited for his opponent to make a big mistake and swindle his opponent with a full point. 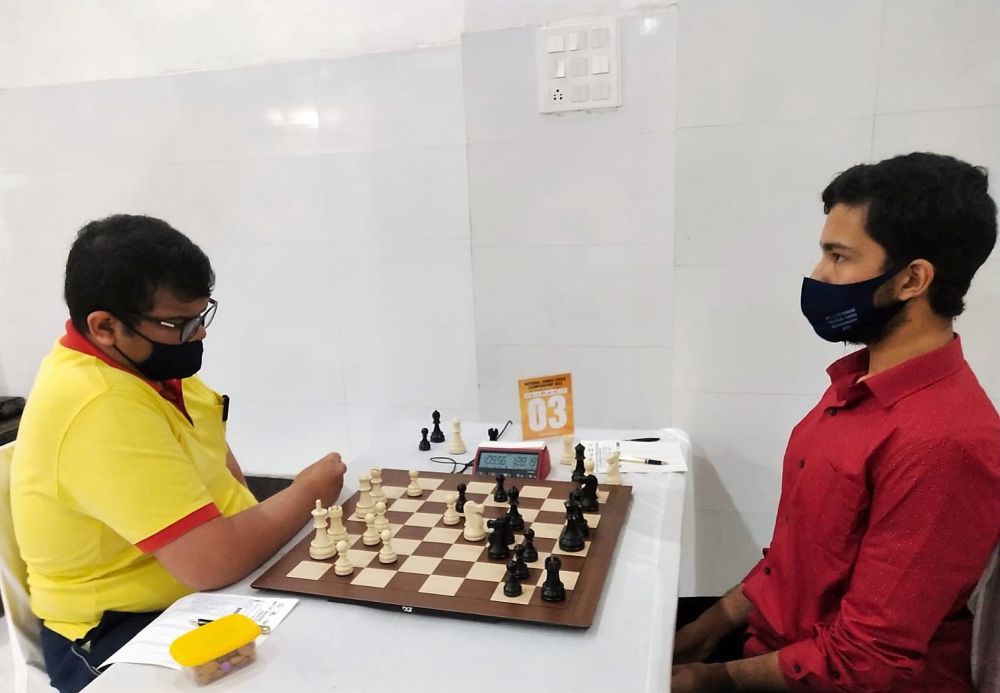 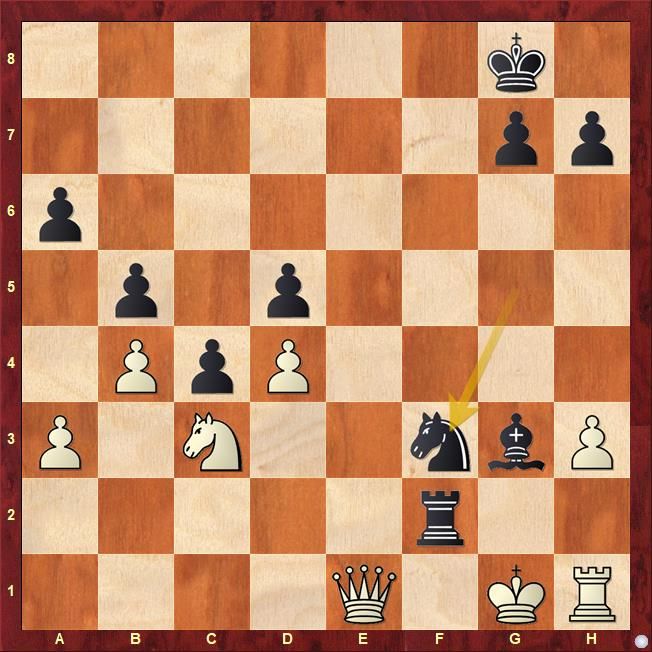 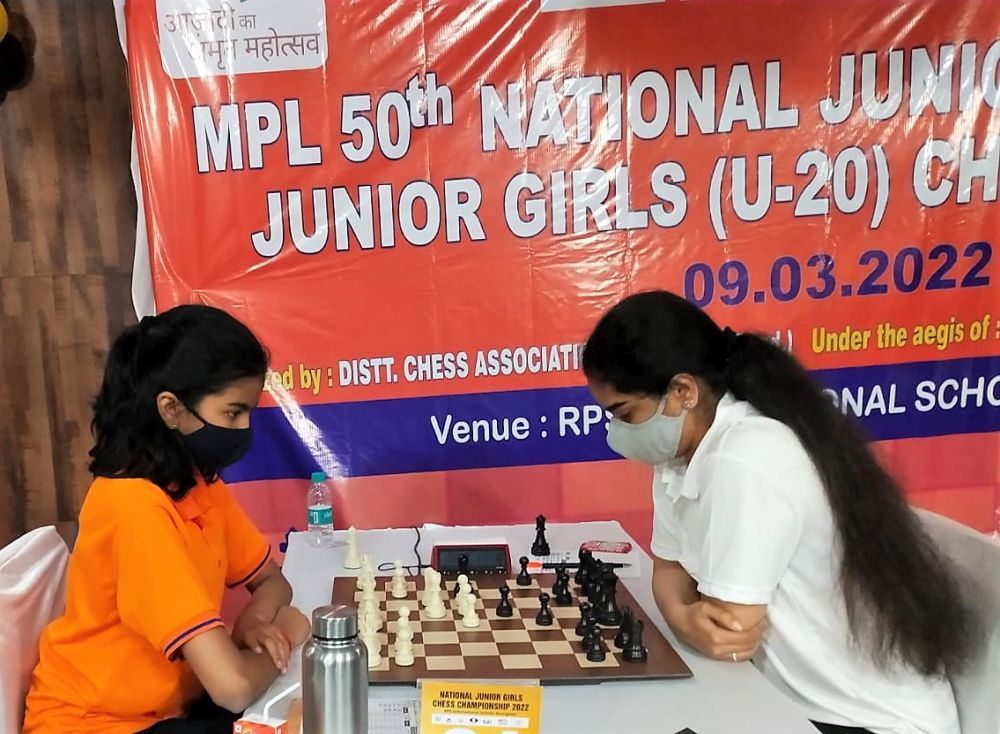 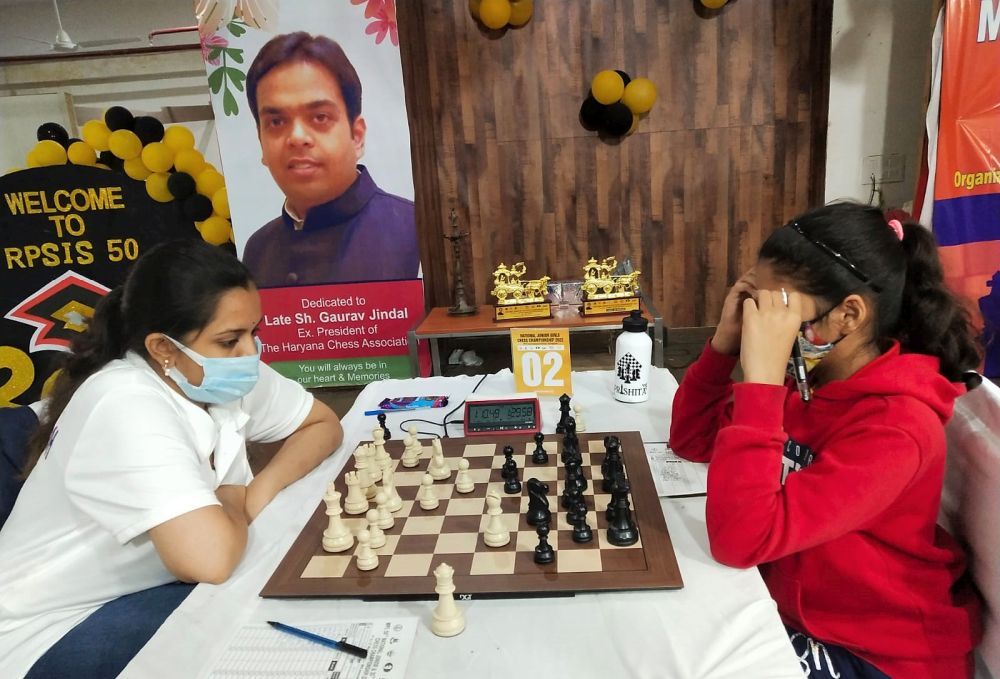 WFM Bhagyashree Patil (MAH) made an incorrect break which almost backfired her. 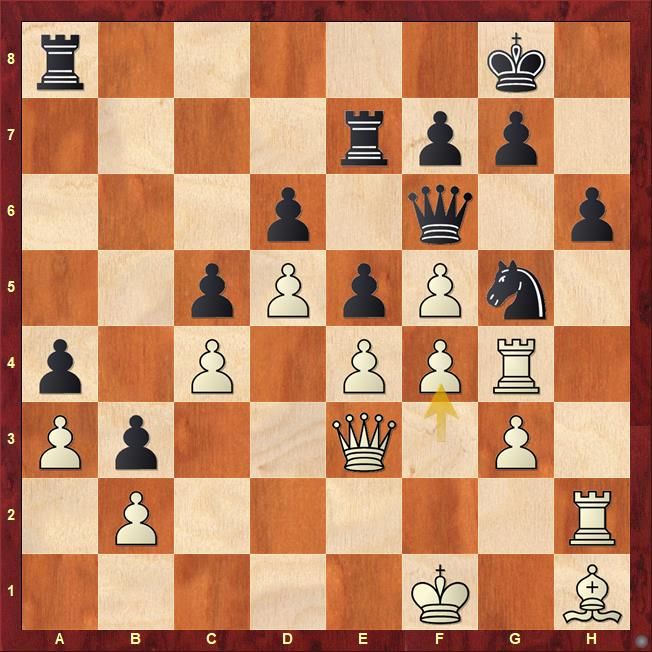 60.f4 was uncalled for. It only created winning chances for her opponent 60...exf4 61.gxf4 Nxe4 62.Bxe4 Rae8 63.Rxg7+ now Kh8 was the better continuation. 63...Qxg7+ made things practically difficult for Black. Sachi Jain (DEL) could not make the most out of her opportunity and settled for a draw by perpetual check. 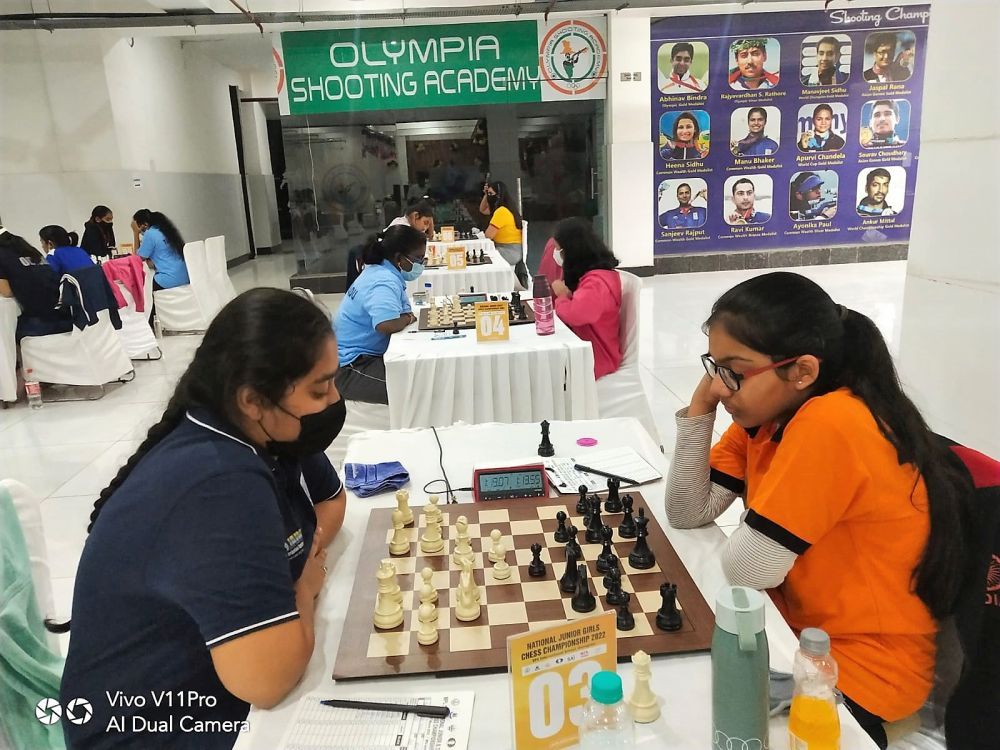 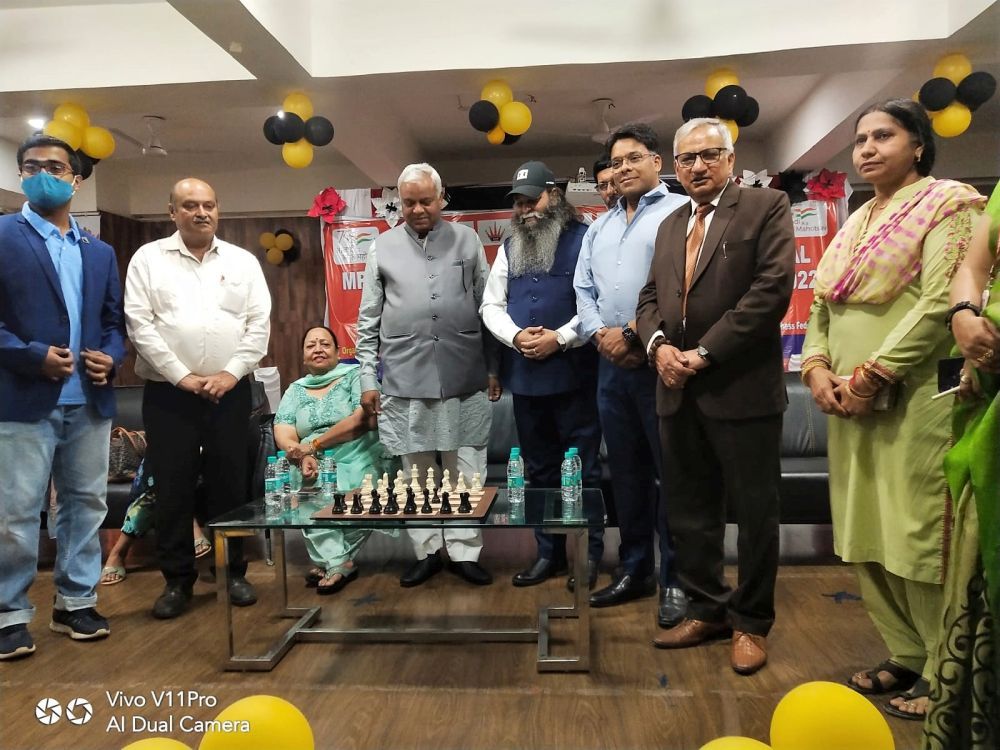 A total of 186 players including 2 GMs, 6 IMs in the Open and 105 players including a WGM and a WIM in the Girls tournament are taking part. It is organized by Haryana Chess Association. Both tournaments are taking place at RPS International School, Gurgaon, Haryana from 9th to 13th March 2022. The nine-round Swiss league tournament has a time control of 90 minutes + 30 seconds increment from move no.1