Prishita Gupta (DEL, 1326) scored 7.5/9 and finished a half point ahead of the competition to win MPL 9th National Amateur Chess Championship Below 1700 for Women. Despite starting the tournament with a loss, the 10-year-old, reigning Delhi State Under-12 Girls Champion, scored 7.5 points in the remaining eight games. Hanya Shah (GUJ, 1169) and Elakshi Srivastava (RAJ, 1256) secured second and third place scoring 7/9 and 6.5/9 each respectively. Top three prizes were ₹8000, ₹6000 and ₹5000 cash along with a trophy each. 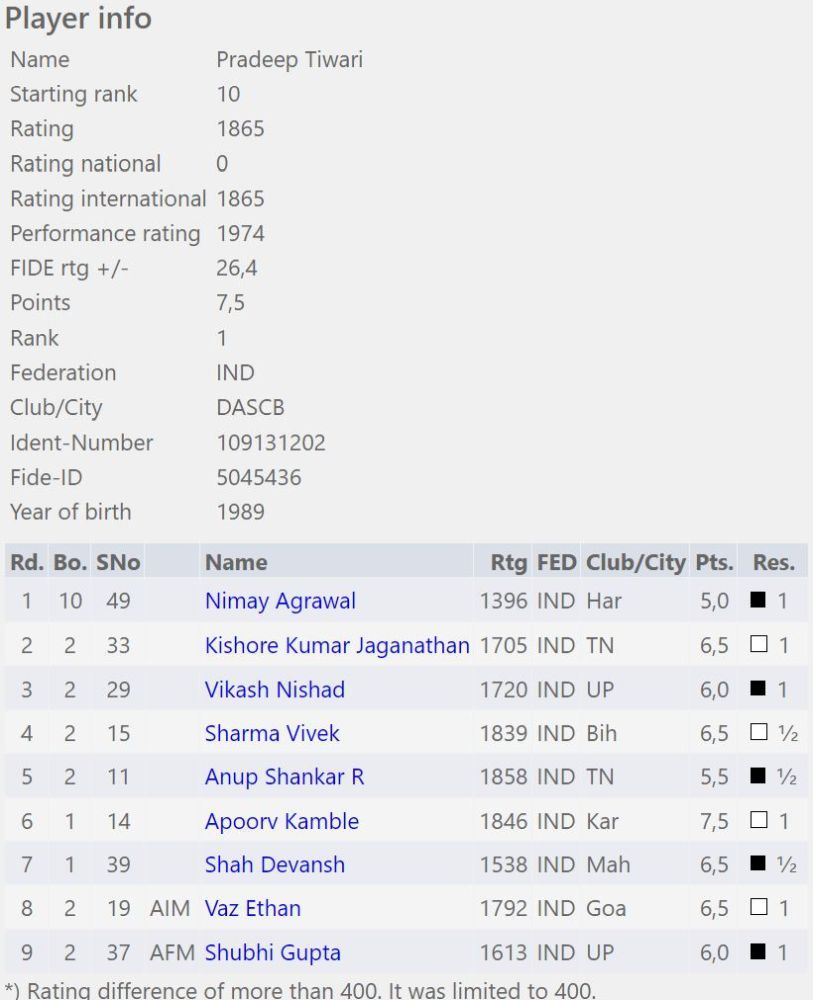 Pradeep Tiwari scored an unbeaten 7.5/9 and gained 26.4 Elo rating points in the process 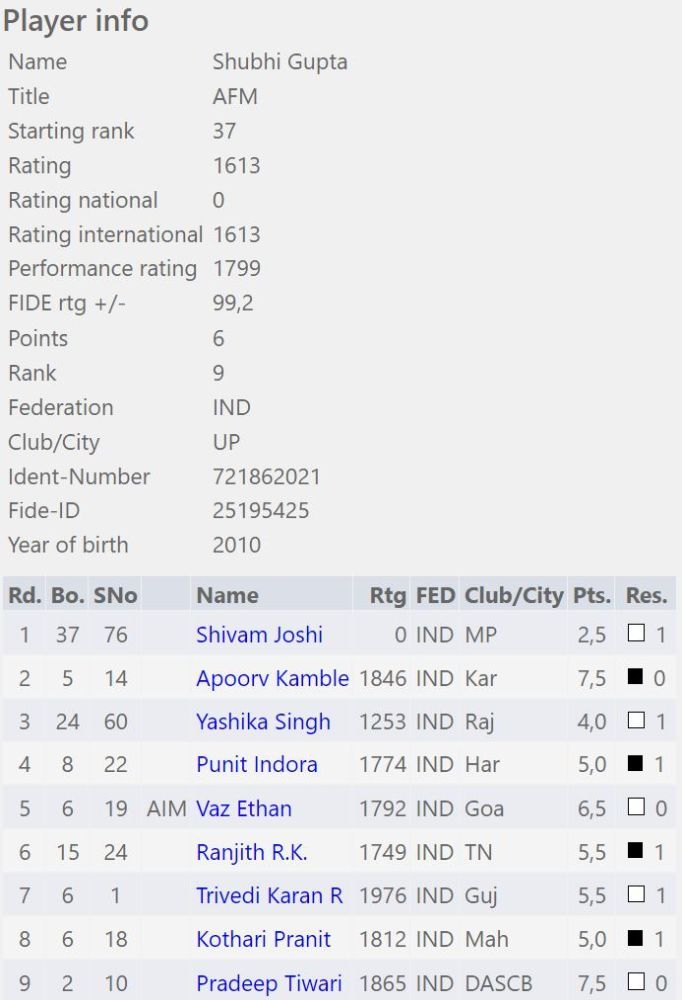 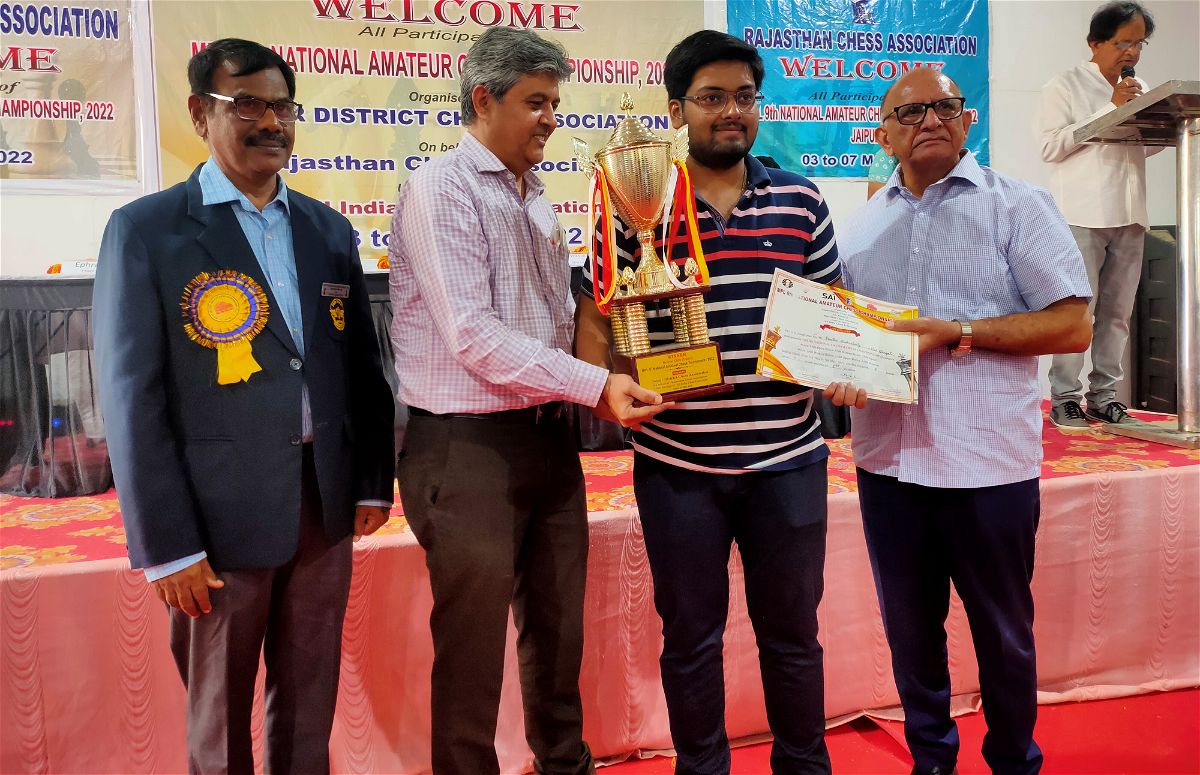 Check out the game Koustav showed in the interview 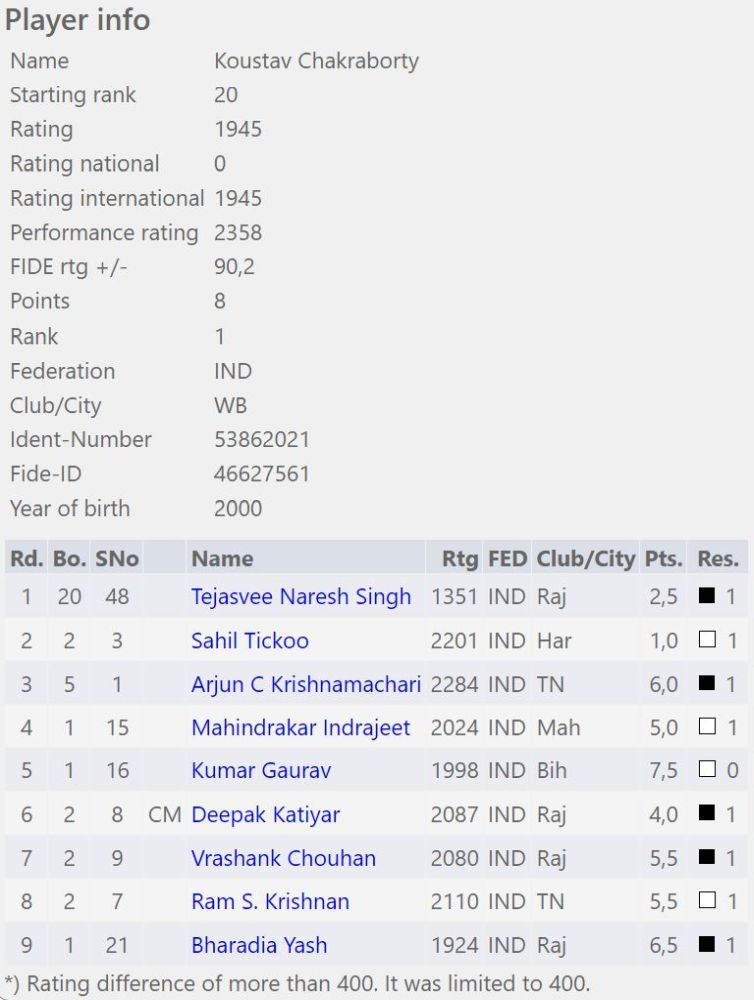 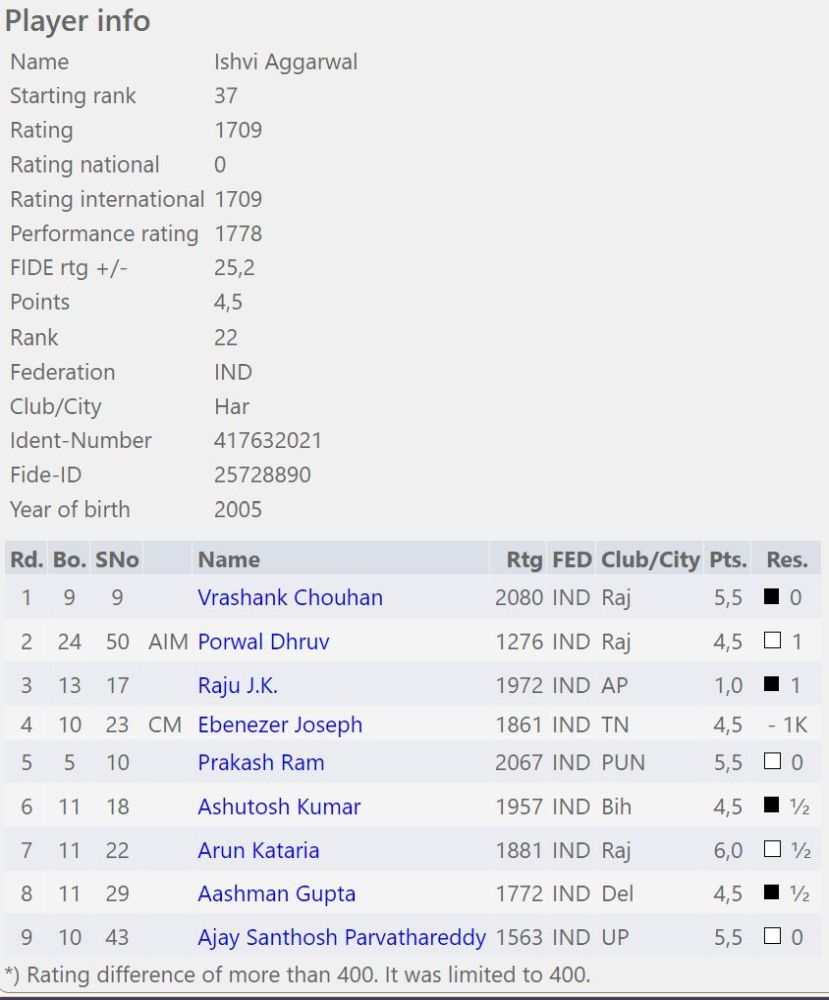