After four rounds of the Kolkata GM International 2018 we have two leaders on 100% score - GM Deep Sengupta and GM Ivan Rozum. The two will face off in the fifth round on the top board. The biggest news of round five was 12-year-old IM D. Gukesh winning his game against 2597 rated Aravindh Chithambaram. In a drawn position Aravindh, thoroughly dejected, resigned the game. In this report we have some game analysis and pictures for you. We also have a huge collection of videos where you will get a lot to learn from masters like Chanda, Prasad, Nihal Sarin and little boy from Assam Shahil Dey.

Deep Sengupta of Kolkata and Ivan Rozum of Russia lead with 4.0/4

Some of the parts of this report have been taken from the press release by IM V. Saravanan 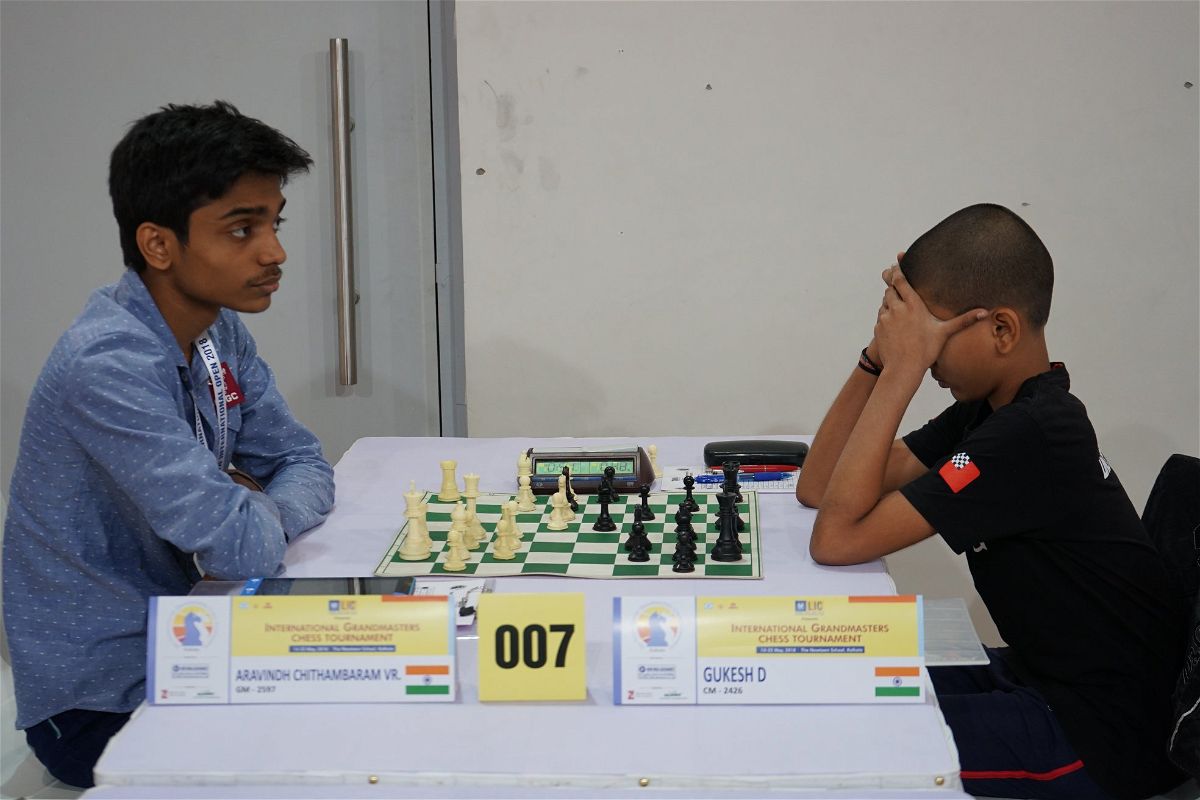 In a battle between two of the acclaimed prodigies of the country, Aravindh Chithambaram lost tragically to young D.Gukesh in a typical moment of blindness over the board, allowing Gukesh to join as many as 12 players on 3.5 points closely following the leaders.

The talking point of the day was the sudden meltdown of Aravindh in the last 5 minutes of the game, who was trying hard to provoke his younger opponent to crack under pressure while possessing an extra pawn in a drawish ending with minor pieces ending. Instead, he allowed Gukesh to capture a pawn on e3 with check, and resigned immediately in a moment of frustration assuming he was losing a piece on the next move. However, he overlooked a resource for himself which would have landed him in a position with equal pawns where he could defend with a rook against Gukesh’s two minor pieces. 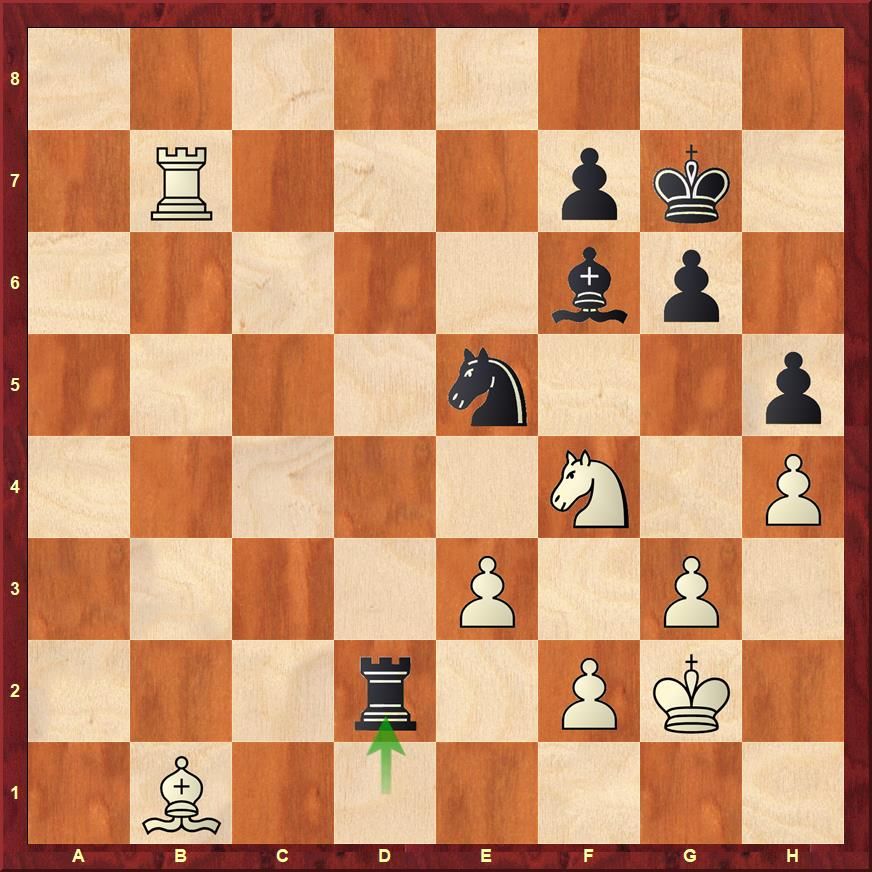 Gukesh played his rook to d2 which was a mistake. White now had a fine tactic with Bxg6! but Aravindh missed it. Instead he went for... 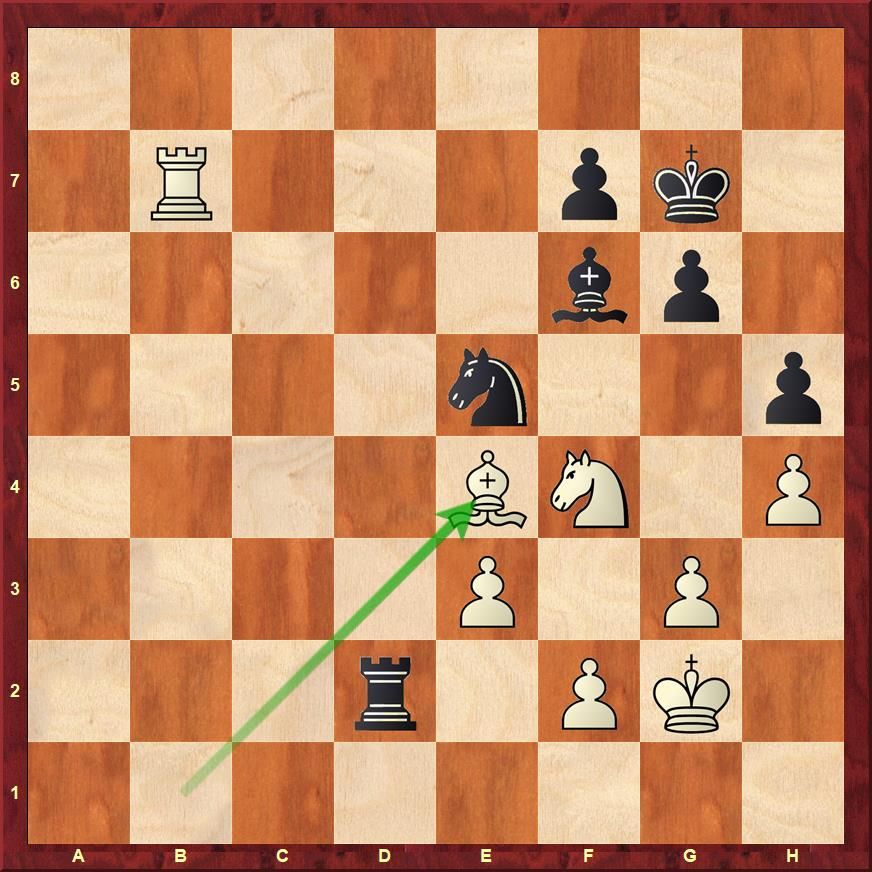 Be4. After this Gukesh played Ng4 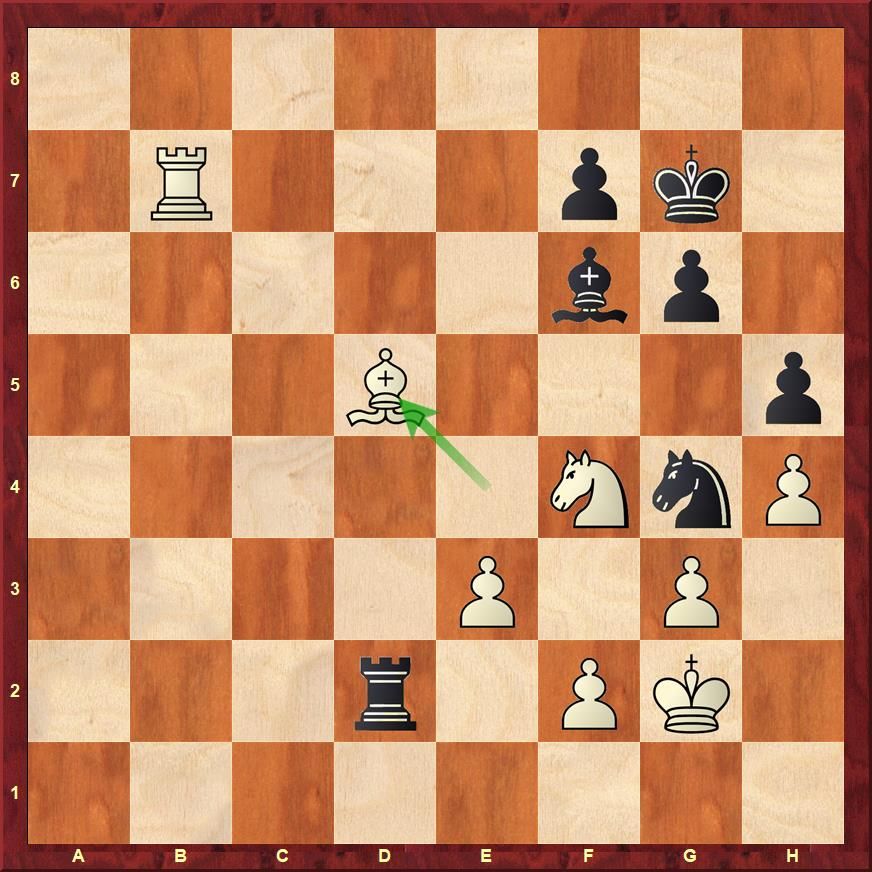 Aravindh though about the captures on f2 and played Bd5 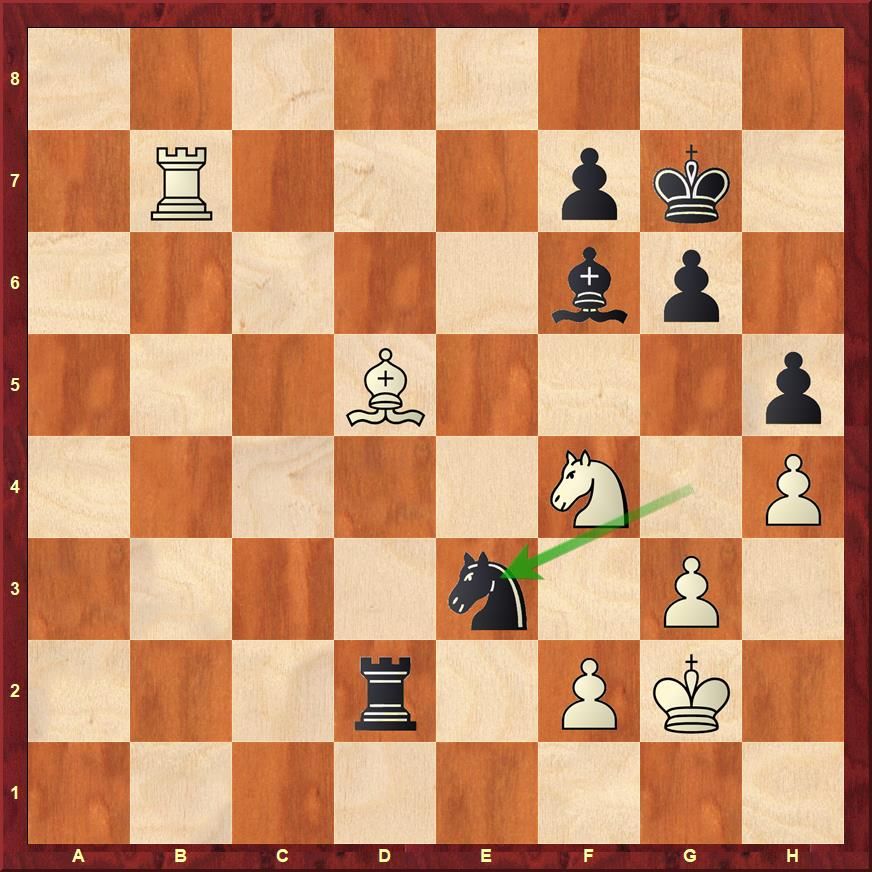 He was stunned when instead of taking on f2, Gukesh took on e3. At this moment in a feeling of shock Aravindh resigned the game. But the position was not lost as after Kf3 Nxd5 White has the move... 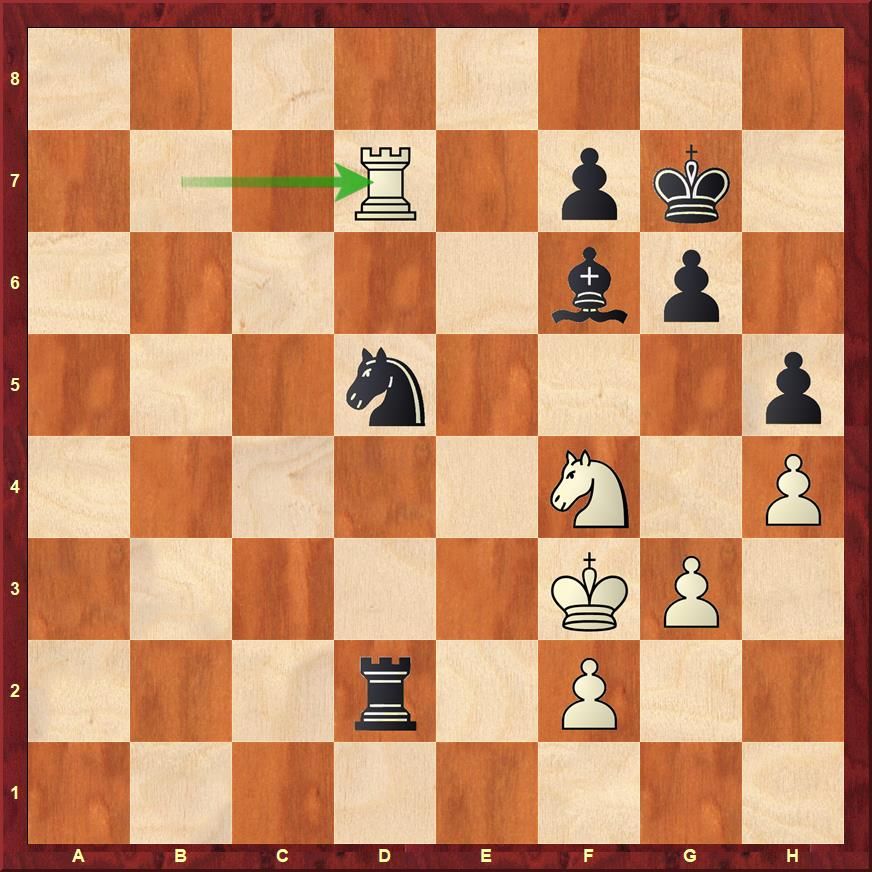 Rd7 which regains the lost piece. Black can try with Nxf4 Rxd2 Ne6 but with three pawns per side this will lead to a draw.
Gukesh speaks with ChessBase India about what he felt when Aravindh resigned

Top seeded Nigel Short had a short 16 move draw against young N.R.Vignesh on the top board, just when it looked like the game was leading to sharp play. Short confessed that his pawn sacrifice just out of the opening was from inspiration over the board as the oncoming elections for FIDE presidency had ‘limited his preparation to just the first move 1.e4’! 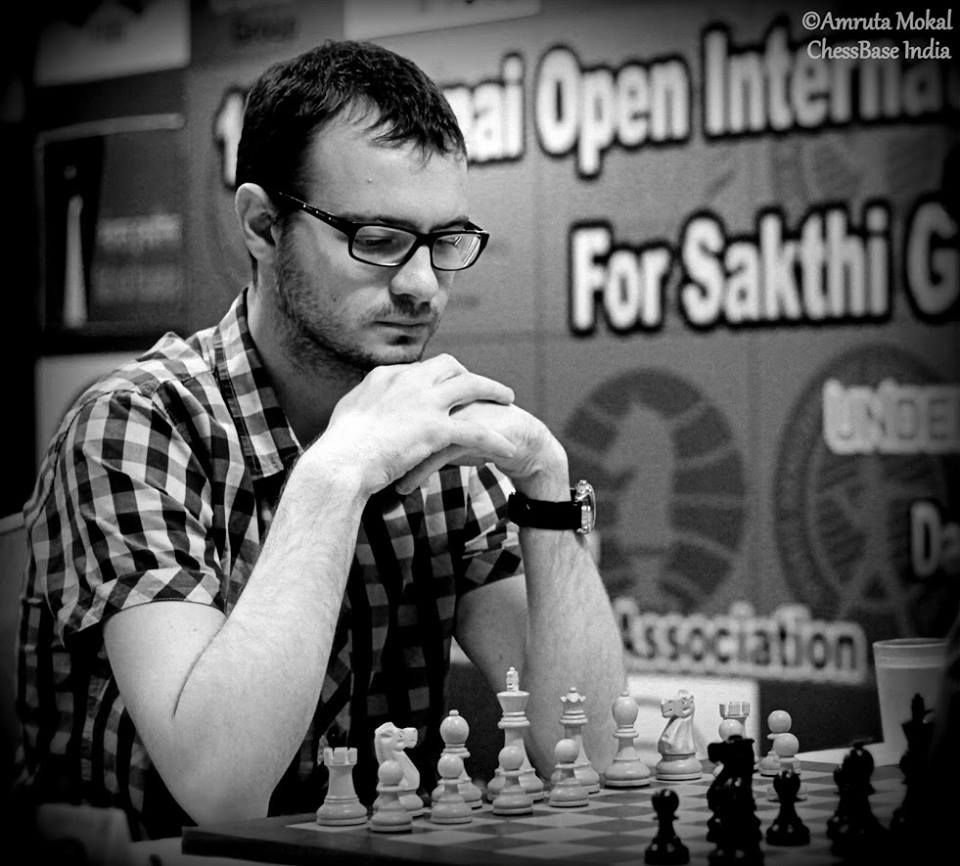 Rozum once again showed his finely developed technique, as he was featured in a Rook ending where he held a strategic advantage. Just like the previous round, he outplayed the Indian teenager Arjun Erigaisi with steady play to win in 42 moves from the Black side of a Catalan setup. 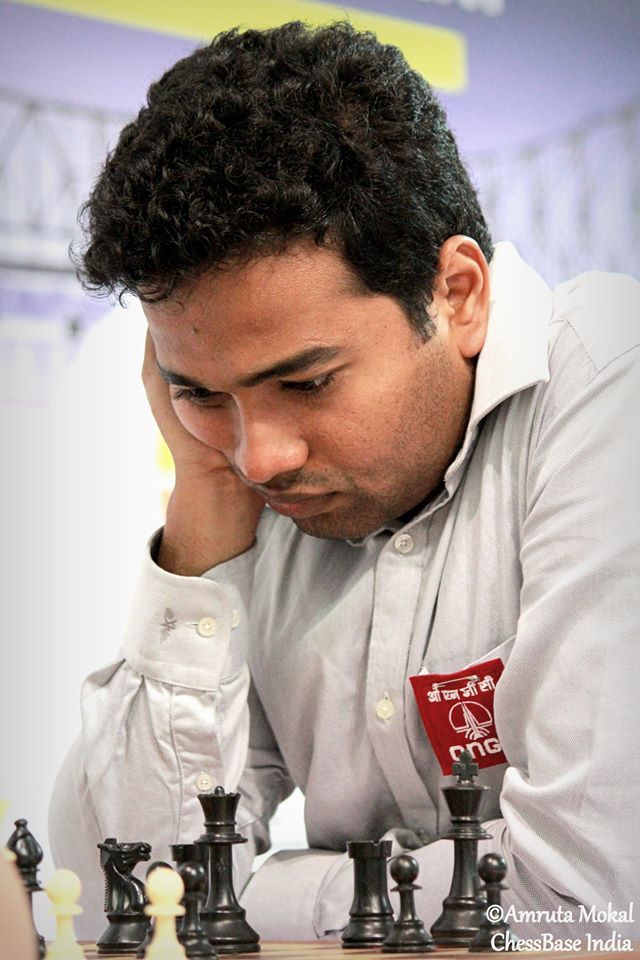 Deep Sengupta won his fourth round against Khusenkhojaev and joins Ivan Rozum at the top | Photo: Amruta Mokal

As the tournament nears the halfway mark many full-fledged fights are witnessed between players nearer to strength, typical of a chess tournament conducted in Swiss system as the 4th round itself witnessed intense fights between titled players.

Strong performances also came from Abhijeet Gupta who defeated Manik Mikulas in the first Grandmaster fight of the event, and IM D.V.Prasad who held R.R.Laxman to a draw thus continuing his good run in the tournament so far. 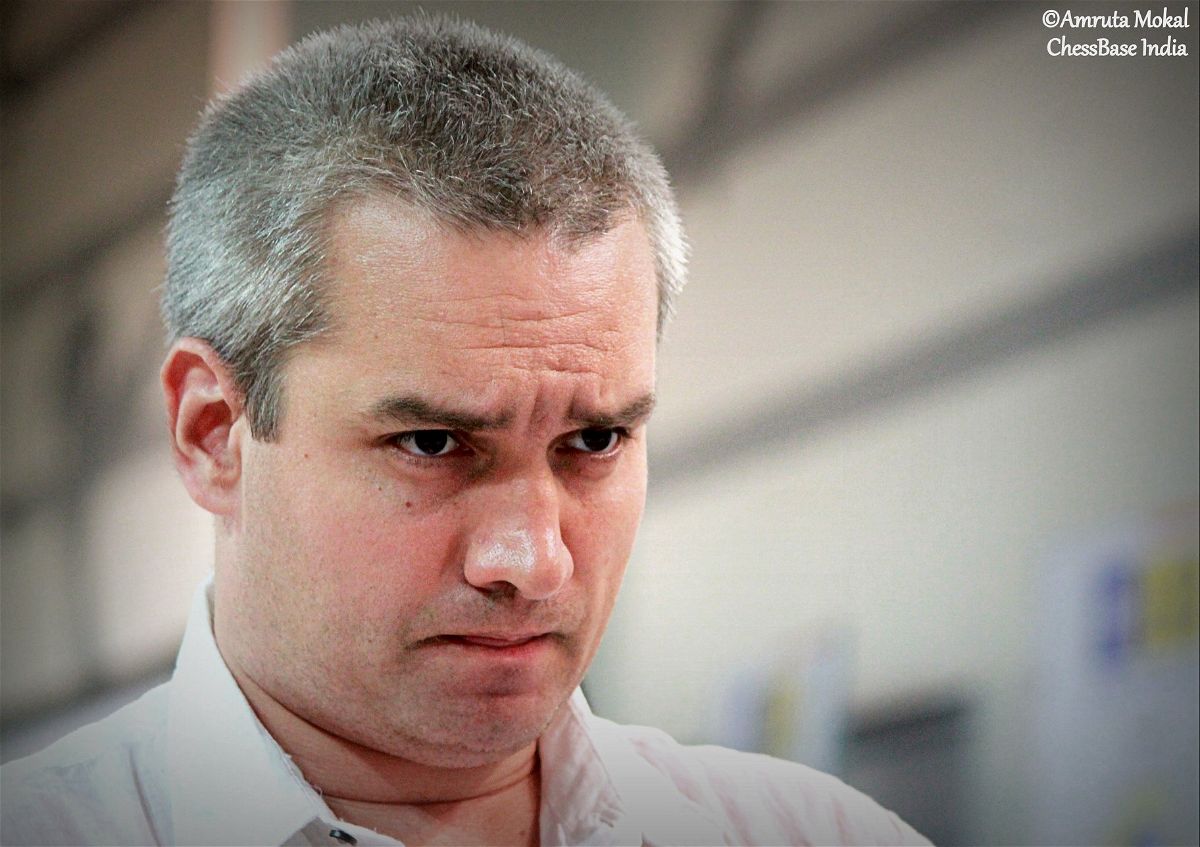 Manik Miklaus lost to Abhijeet Gupta from a position that he was clearly winning | Photo: Amruta Mokal 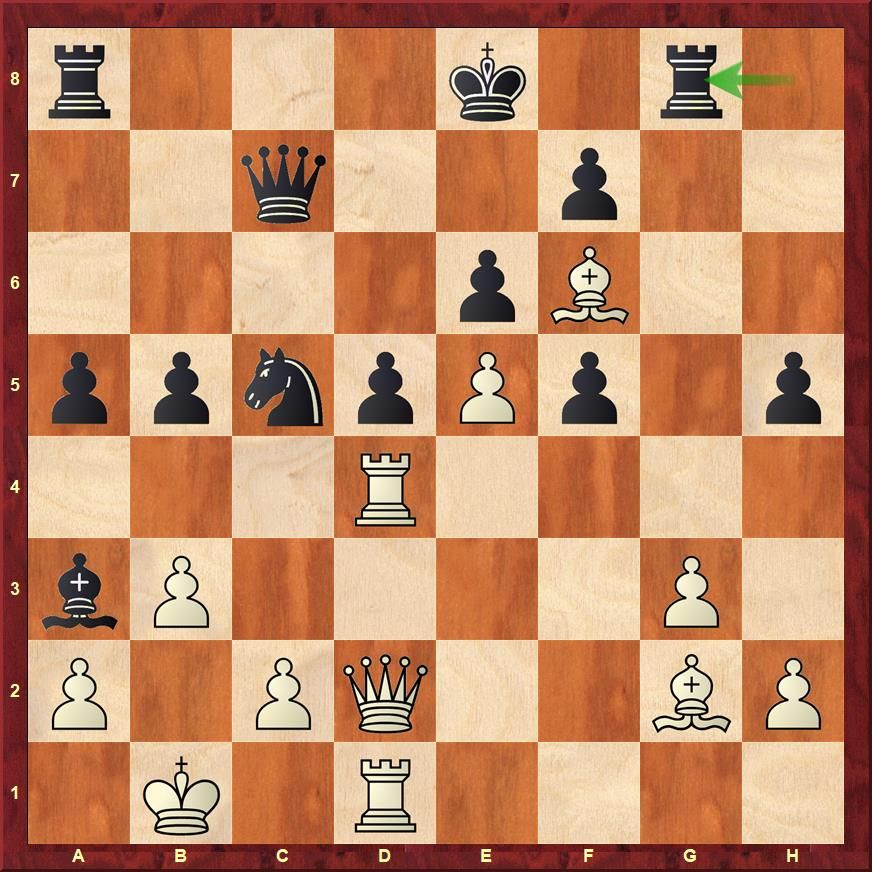 Black has just played Rg8. How should White finish off the game? 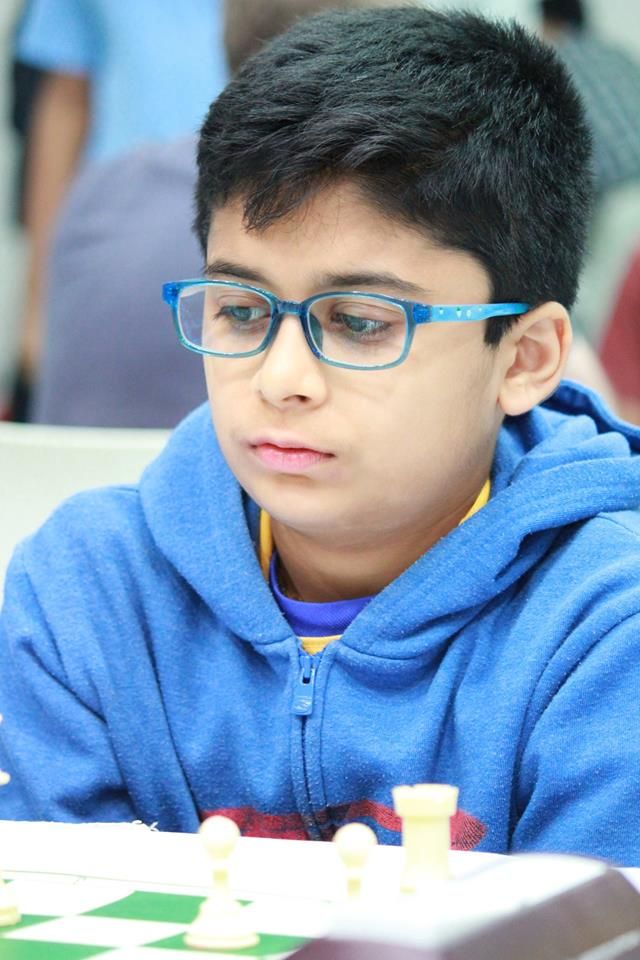 Leon Mendonca is showing some tremendous bit of chess in this tournament and has scored wins over IM Konguvel Ponnuswamy and WIM Vantika Agrawal. He is already gaining 66 Elo points. | Photo: Amruta Mokal 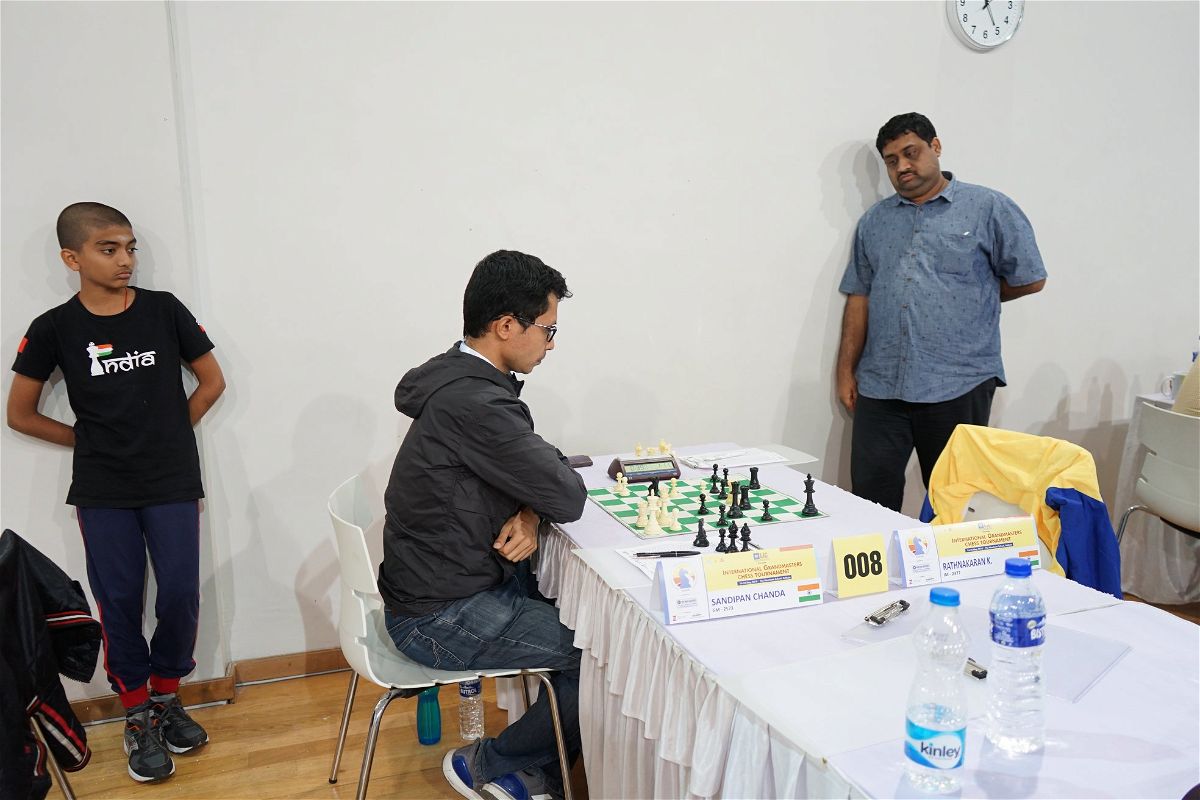 Sandipan Chanda scored a beautiful victory over IM K. Ratnakaran | Photo: Amruta Mokal
Chanda's calculations are something to learn from

The playing hall is spacious and well lit and provides the perfect ambience to play chess | Photo: Amruta Mokal 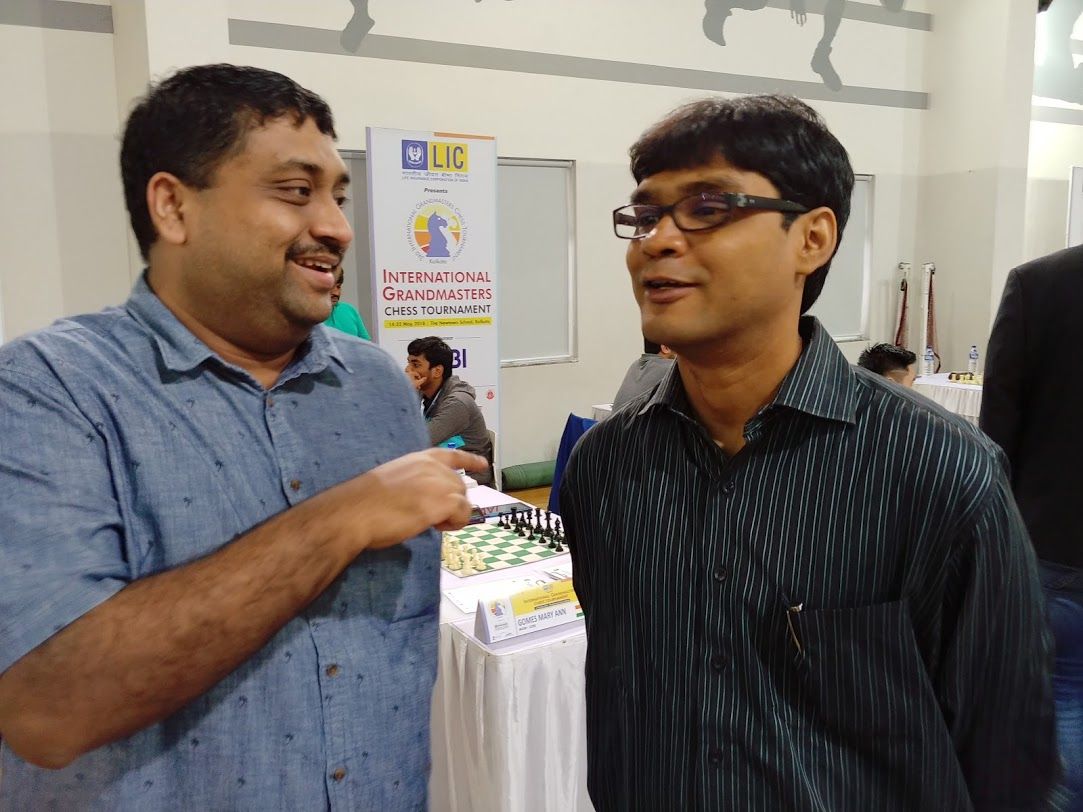 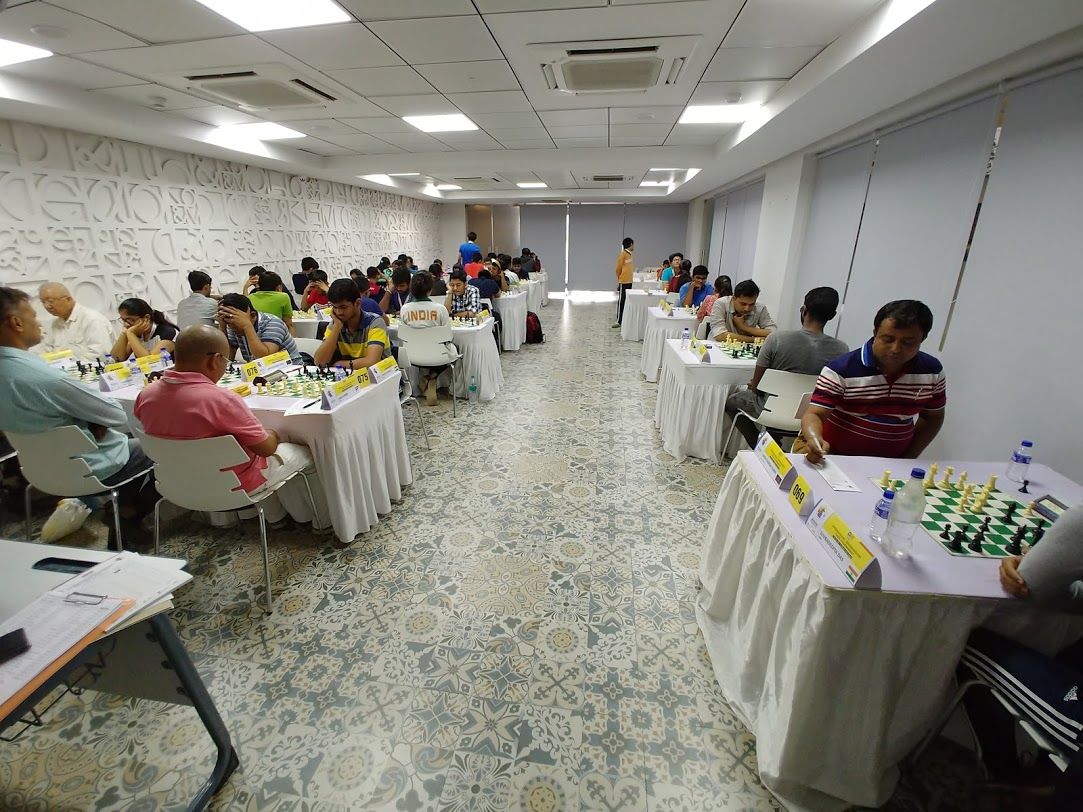 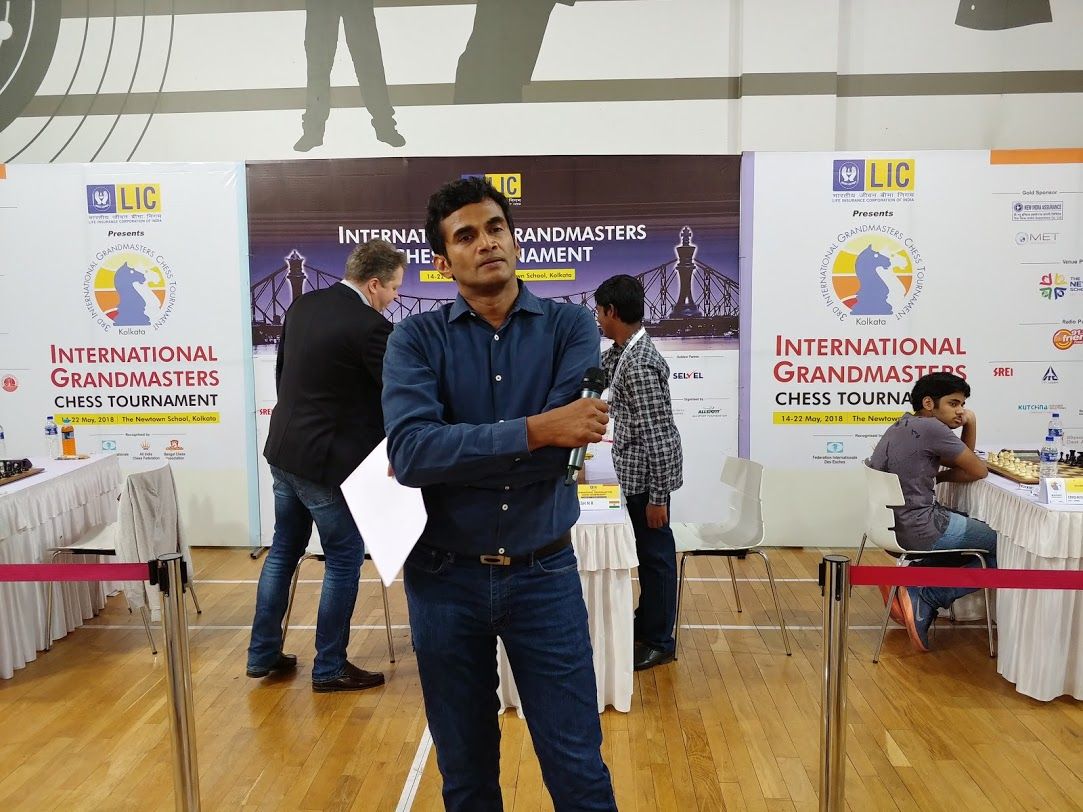 IM V. Saravanan is ready to announce the game of the day! | Photo: Shahid Ahmed 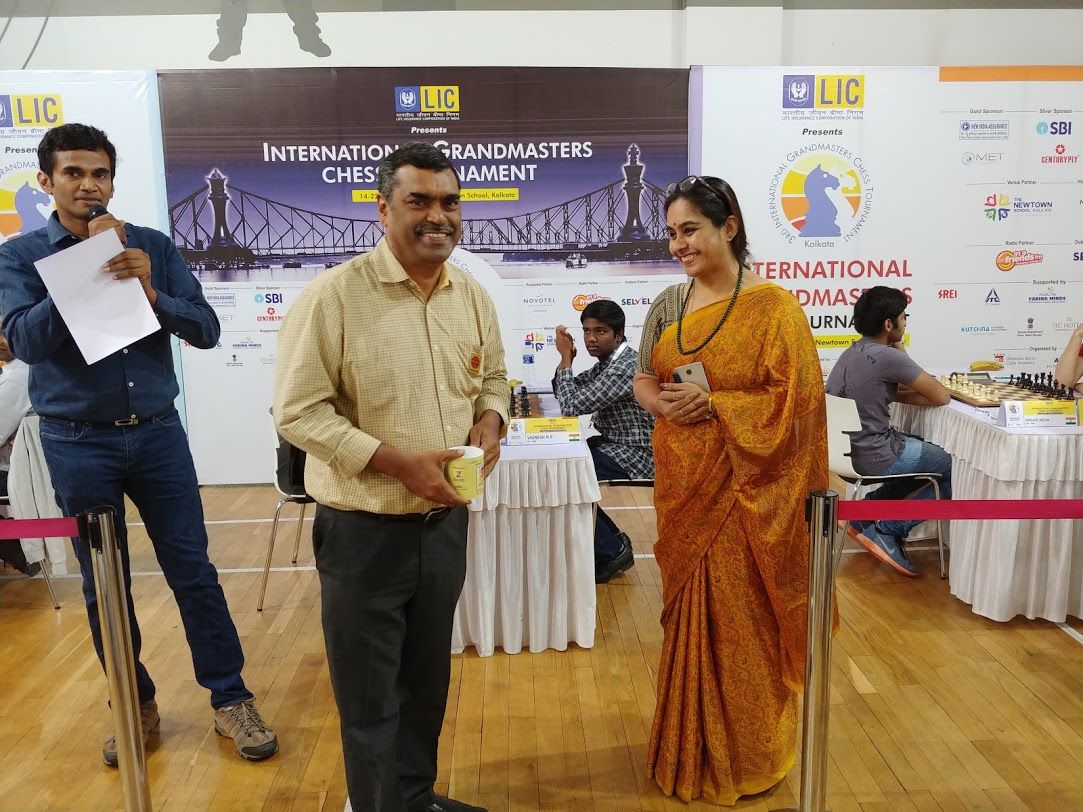 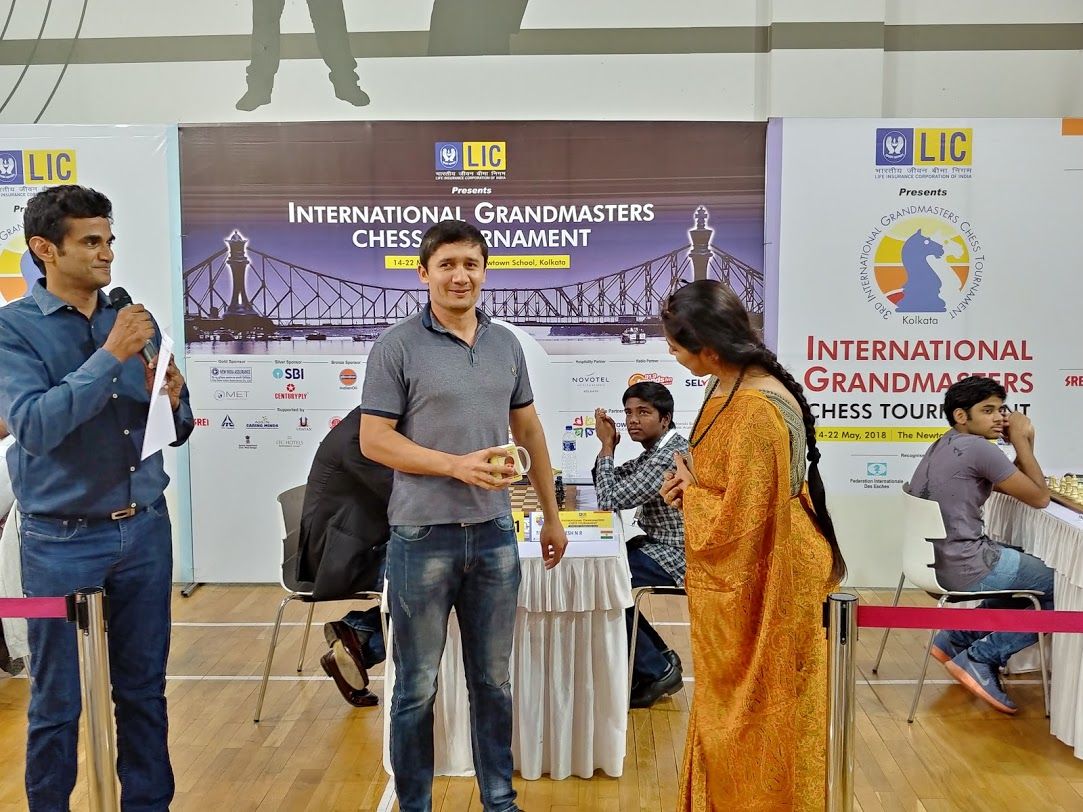 Khusenkhojaev won the best game of the day for round three | Photo: Shahid Ahmed 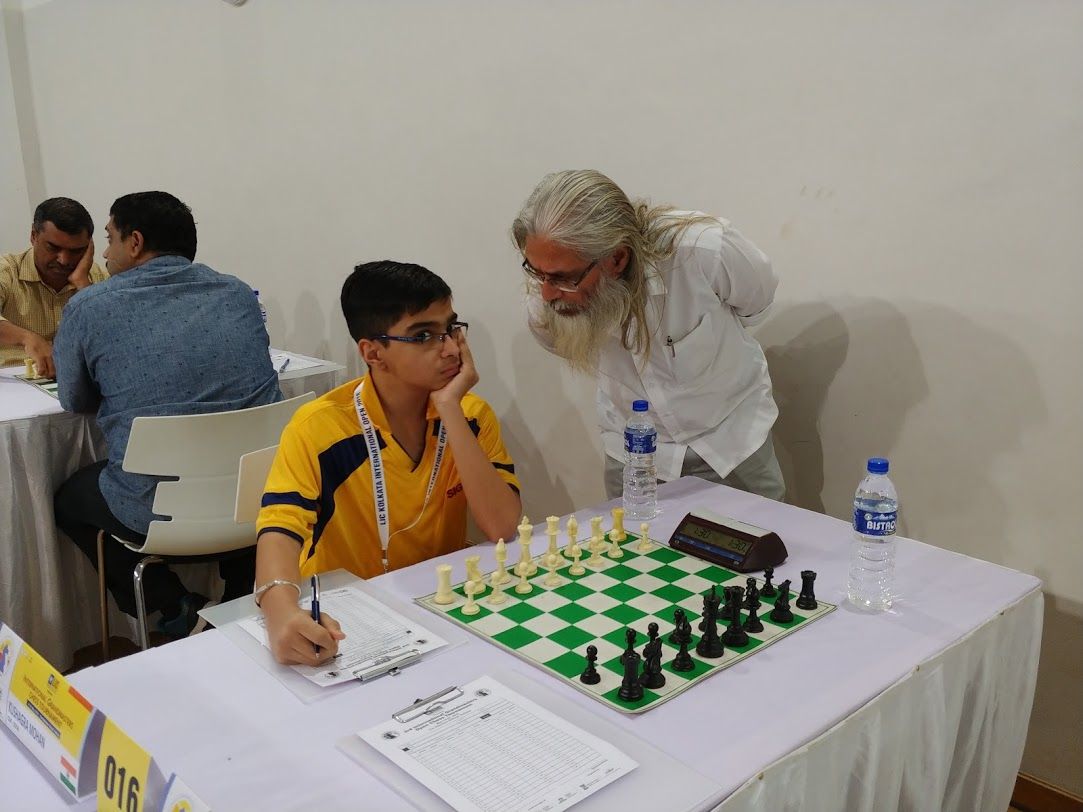 Some final words of advice before the game to Kushagra Mohan from his father | Photo: Shahid Ahmed 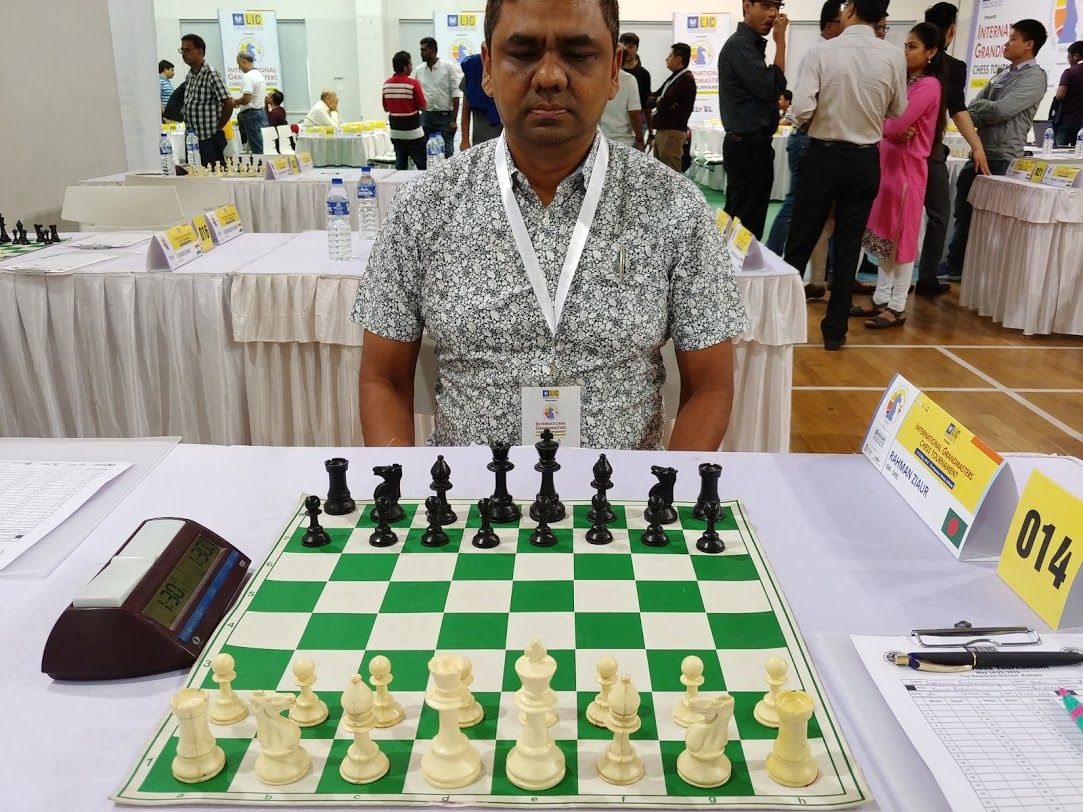 The meditative GM from Bangladesh Ziaur Rahman | Photo: Shahid Ahmed
Nihal Sarin shows some excellent chess understanding in his game against WGM Mary Ann Gomes
It seemed like Farrukh Amonatov was losing his game against the Vietnamese IM, but he had a nice pawn move on the edge of the board that came to his rescue
IM D.V. Prasad, the man who has beaten Mikhail Tal has already scored 3.0/4 in this tournament. He has beaten GM Deepan Chakkravarthy and drawn with GM Kidambi and GM Laxman. He tells us the secret of his performance.
Shahil Dey played a fantastic game to beat WGM Kiran Manisha Mohanty. The youngster from Assam discusses his analysis with us.
The starting moments of round four captured by Shahid Ahmed

Pairings of round five:

Rankings after round four: