King Salman World Rapid and Blitz Championships 2018 inauguration ceremony was held in Saint Petersburg, Russia on 25th December 2018. World Champions Magnus Carlsen and Ju Wenjun drew a Black and White Pawn respectively in drawing of lots to determine the color for their respective Open and Women's section. Carlsen will be the top seed in the Open section while former World Rapid Champion Anna Muzychuk who has never lost the title will be in the Women's section. Harikrishna and Anand will lead the Indian camp along with Vishnu Prasanna, reigning National Blitz champion D K Sharma and debutant young Nihal Sarin at World Rapid and Blitz. Harika Dronavalli and Koneru Humpy will spearhead the Women's section for the Indian contingency. Photo: Lennart Ootes 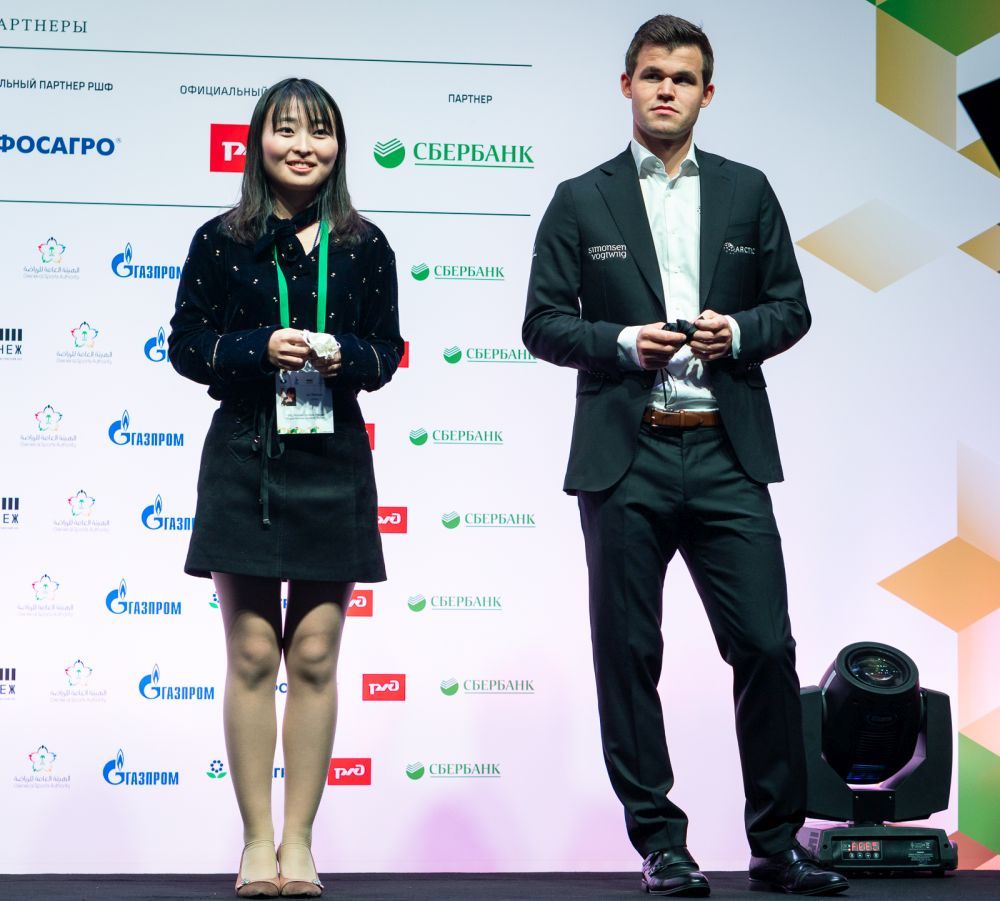 In his speech, Arkady Dvorkovich thanked everyone involved in organizing this prestigious event: King Salman, St. Petersburg authorities, Russian Chess Federation, the sponsors – Gazprom, Russian Railways, Sberbank, PhosAgro, etc. The President of FIDE emphasized: “We chose St. Petersburg as the venue of the championships together. I am very happy that the event takes place in Manege – a beautiful historical building in the heart of the city. St. Petersburg is rightly considered one of the most beautiful cities in the world, and I am sure that many chess players will be happy to visit it again a few times.” 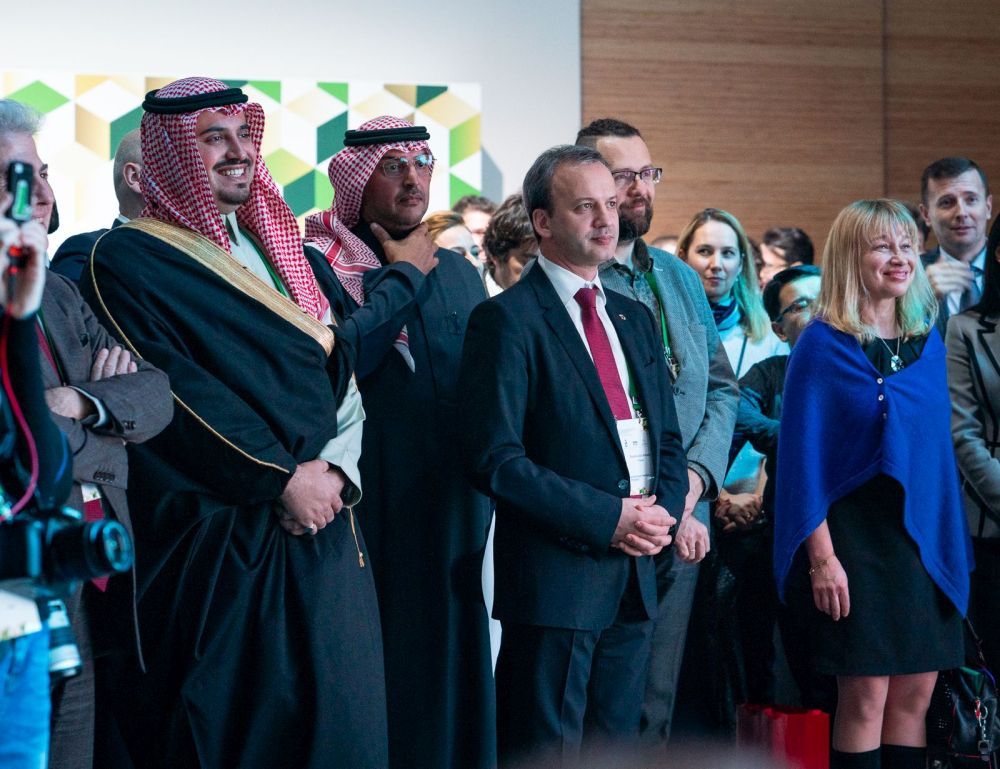 Andrey Filatov mentioned a unique feature of the championship: for the first time in chess history it is organized by two countries: the Kingdom of Saudi Arabia and Russia. “It is a big honor for us to become organizers of the World Blitz and Rapid Championships. We are grateful to King Salman and FIDE leadership for the trust they put in us”, summarized the RCF President. 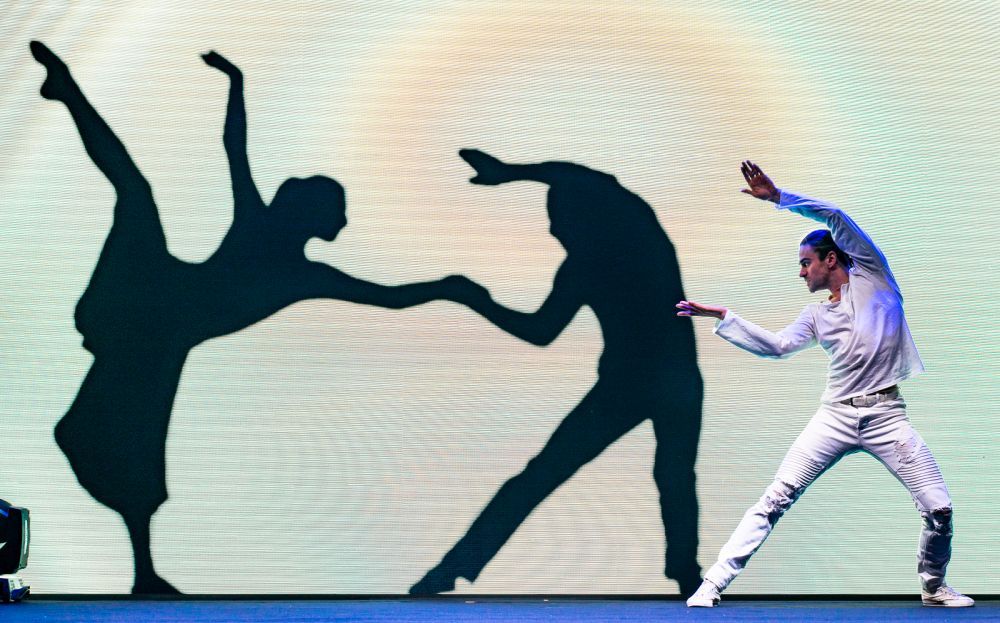 According to Pavel Prigara, it is a first sporting event ever hosted in Manege, which is normally an art exhibition hall. “Yet I think chess is the closest to art of all sports, so the decision seems logical – we will try to demonstrate beauty of sport in an art exhibition hall. As far as I know, Russian Chess Federation had already organized their tournaments in world's largest museums, including the Louvre and the Russian Museum. Our Central Exhibition Hall fits this list well”, said the Director of Manege. 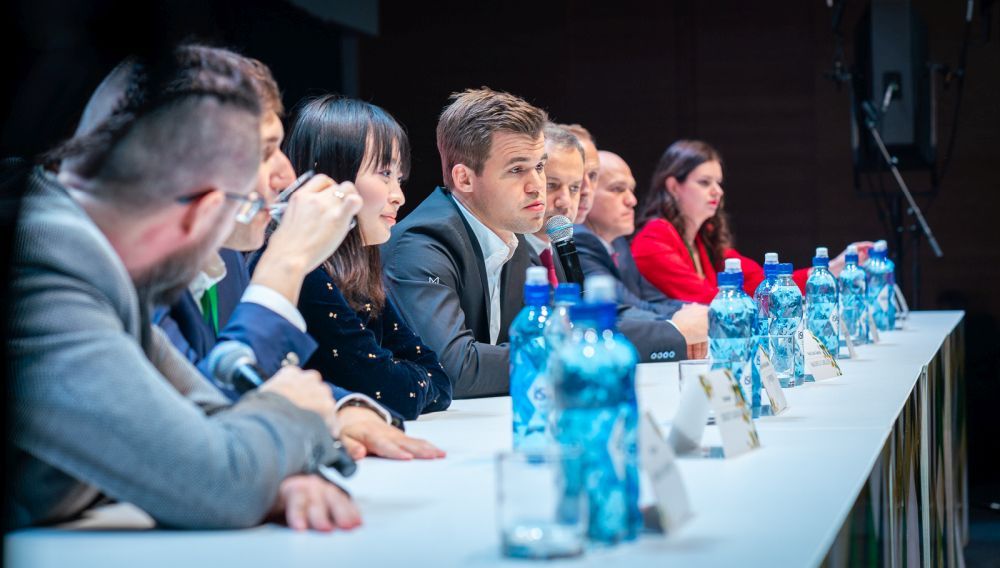 Answering a question from the media, Magnus Carlsen and Ju Wenjun discussed bringing chess to school curriculum. Magnus Carlsen said that this is a great idea, however, he didn't think chess should be compulsory. According to the World Champion, those studying chess definitely benefit from it.

Ju Wenjun added that China is already implementing this idea in a number of schools, and she hopes that this number will increase in the future: “Chess teaches logic”.

In the beginning of the opening ceremony, the Deputy Sports Minister of the Russian Federation Sergey Kosilov read out the welcome address of the Russian President Vladimir Putin. 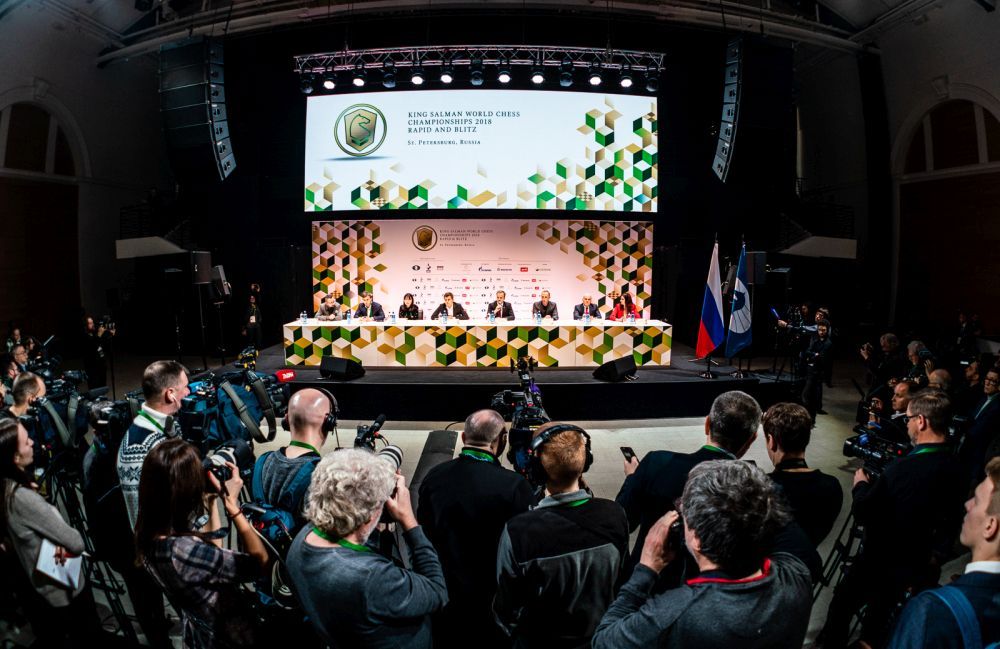 There were welcome speeches from the acting Governor of St. Petersburg Alexander Beglov, Adviser to the President of Main Sports Department of Saudi Arabia, President of the Saudi Chess Federation Rami Altassan, RCF President Andrey Filatov, and FIDE President Arkady Dvorkovich, who declared the championships open. 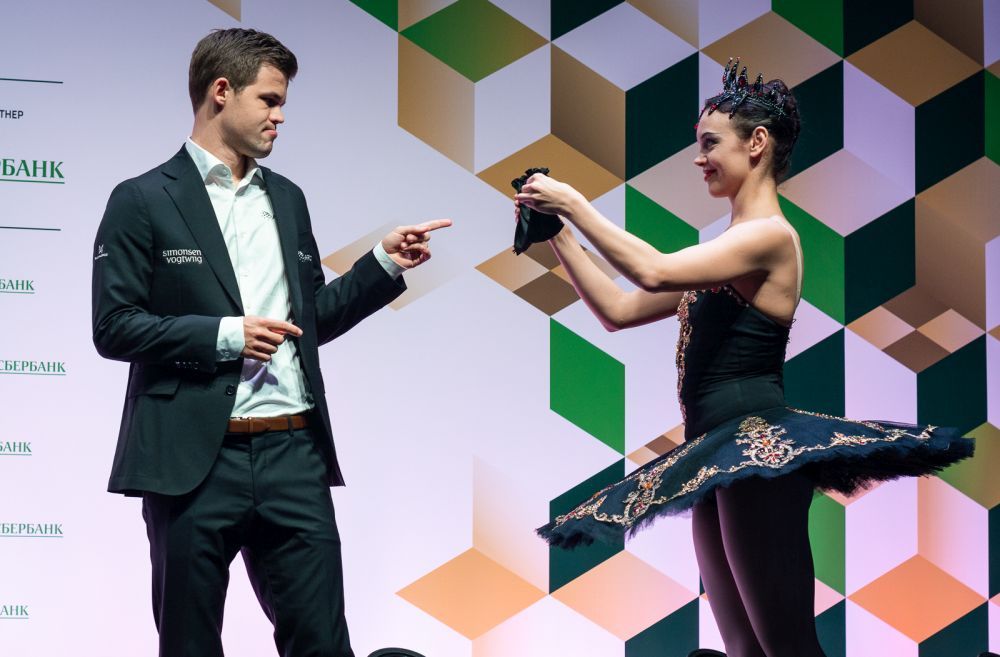 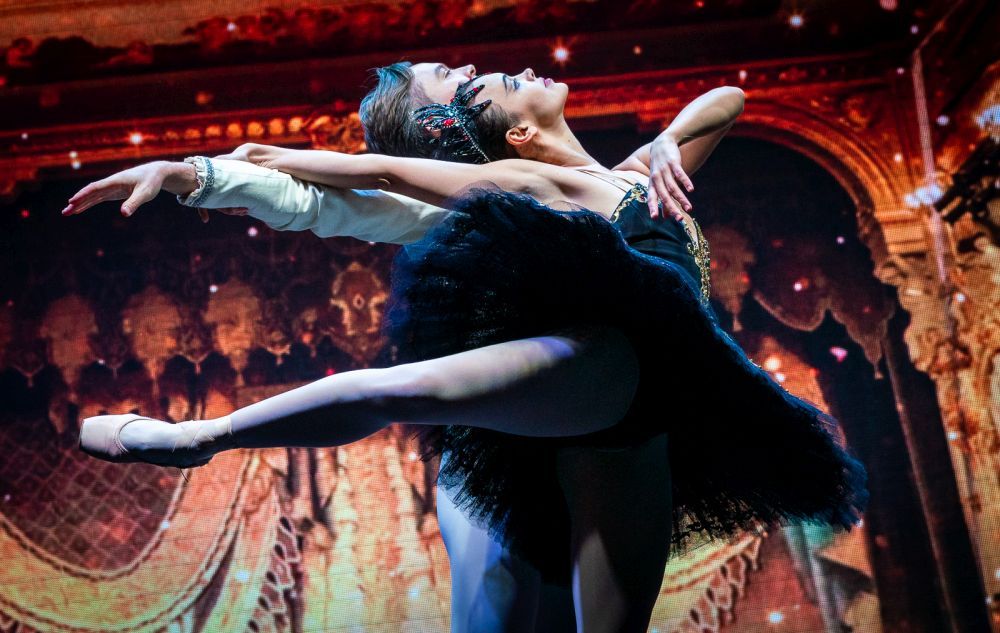 A concert that followed consisted of ballet performance, aerial gymnasts' act, and several jazz pieces by the Acoustic Band. The technical meeting for the players concluded the evening. 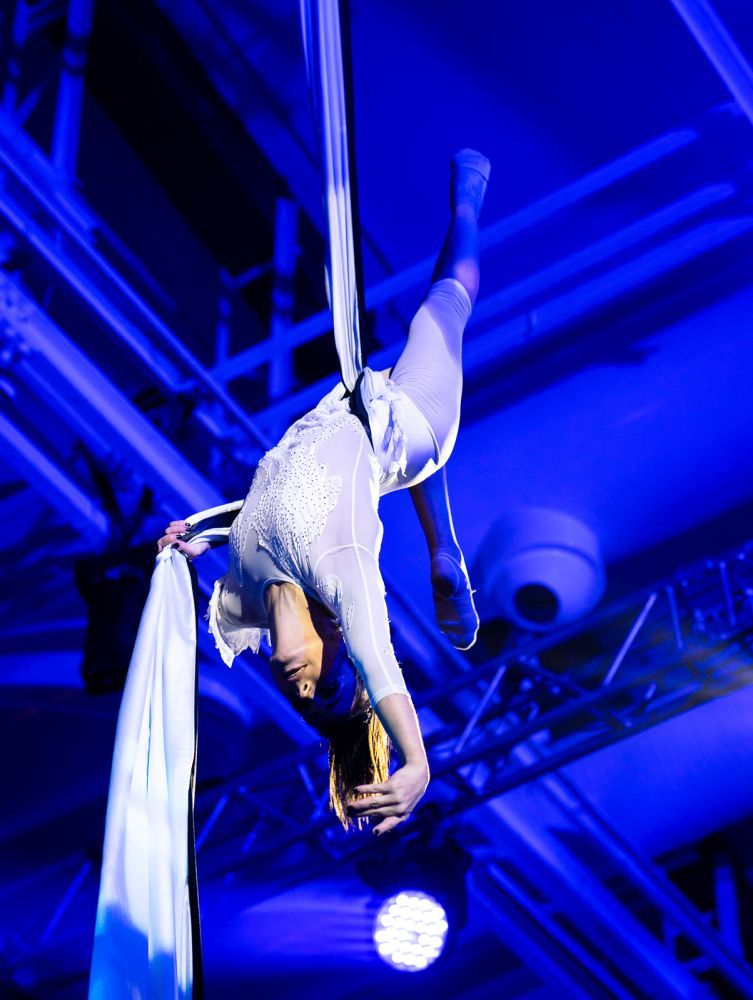