The quantum of grandmaster opens in India have been increasing but the number of norms haven't been proportionately growing. That's because a lot of lower rated players participate in the GM events and reaching the average rating for the norms becomes impossible. However, at the IIFLW 2018-2019 tournament in Mumbai, the organizers made a strict restriction for players below 2100. This resulted in only 120 entries, but we are sure that there will be quite a few norms coming out from this tournament. Simultaneously with the GM open you have the highest prize money under-13 tournament in the world with the first prize of Rs. 2,00,000 and a total prize fund of Rs.10,00,000. The favourite is 12-year-old D. Gukesh, who has a live rating of 2466! 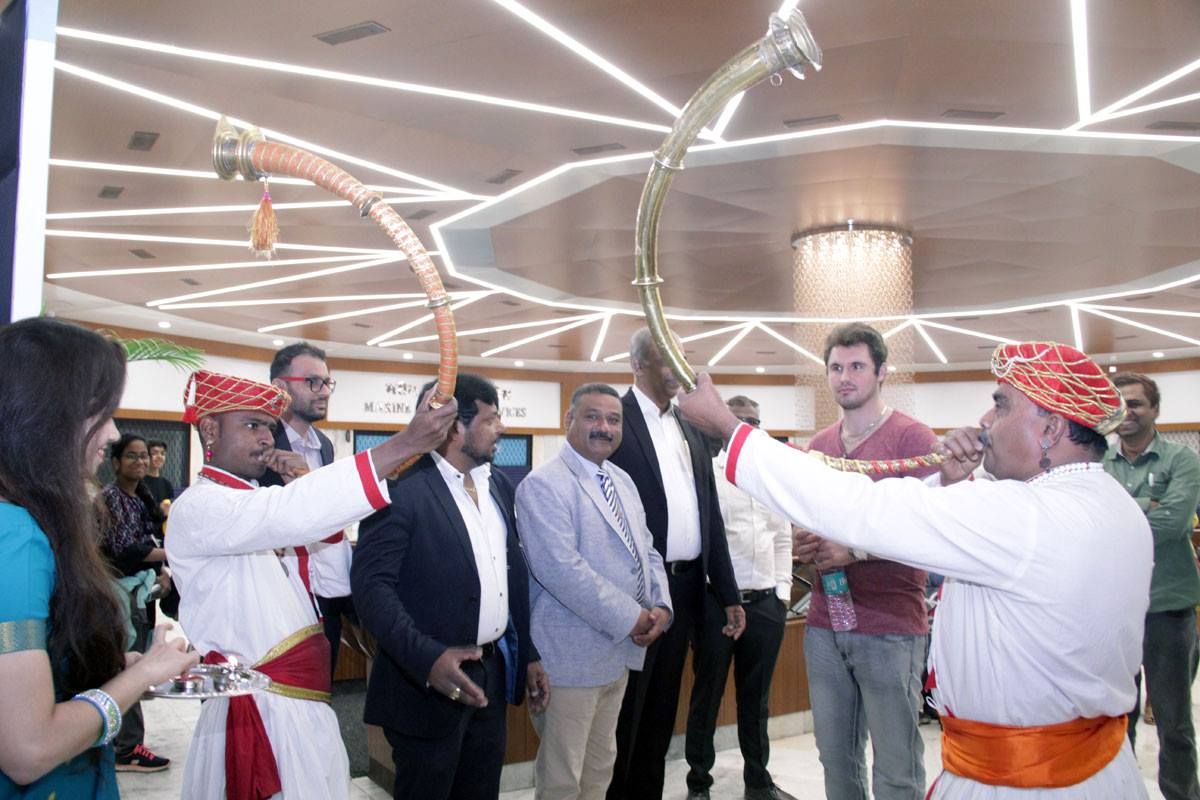 And that's how you invite International players to your backyard! | Photo: Vijay Mahajan 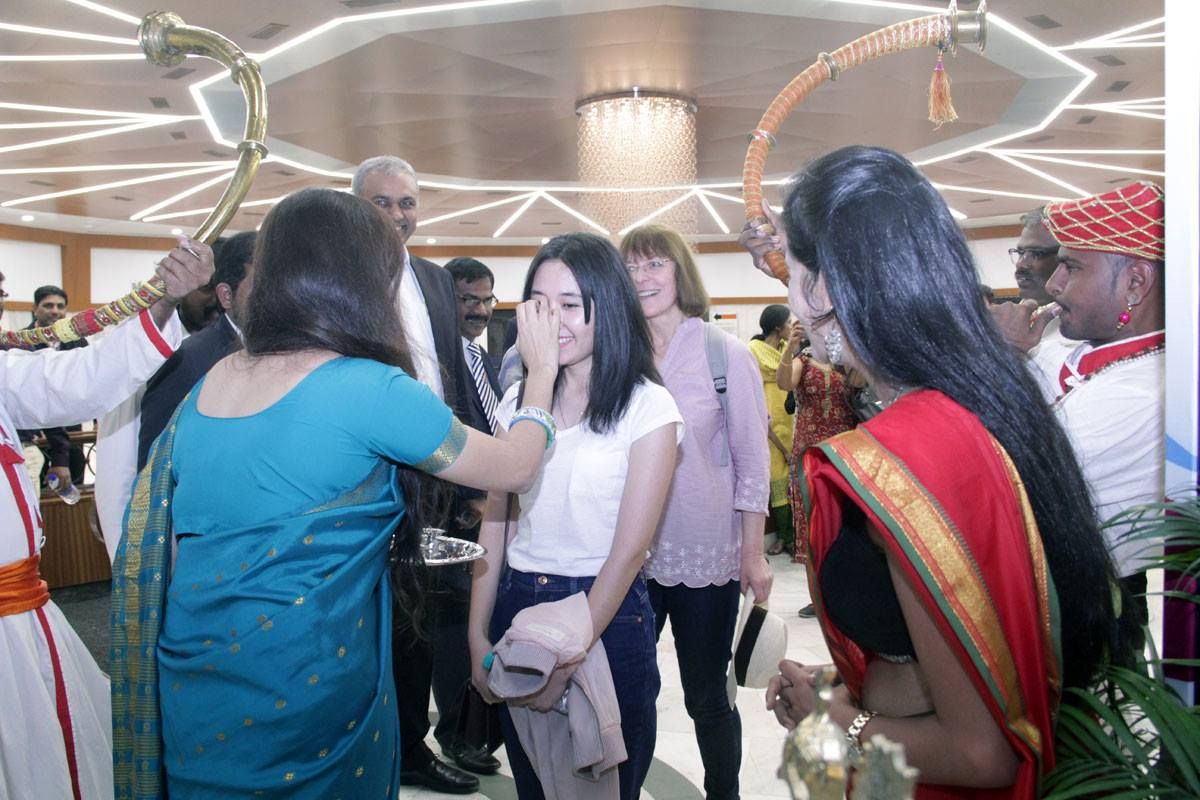 A traditional welcome which made all the players feel at home! | Photo: Vijay Mahajan

Mumbai’s most awaited chess festival, the Eka IIFL Mumbai International Chess Tournament, is back for its fourth edition with a bumper extravaganza of three classical events—Under 13, Open and Grand Master—to be played from 30th December 2018 to 7th January 2019 and a two-night blitz tournament to ring in the new year on 31st December and 1st January. Opening the proceedings on Sunday morning, ahead of Round 1 of the Under 13 section, Chief Organiser Praful Zaveri thanked the players and parents for their continued support and introduced the arbitration team. Chief Arbiter IA M. Ephrame then went through the rules and regulations and changes to the schedule. 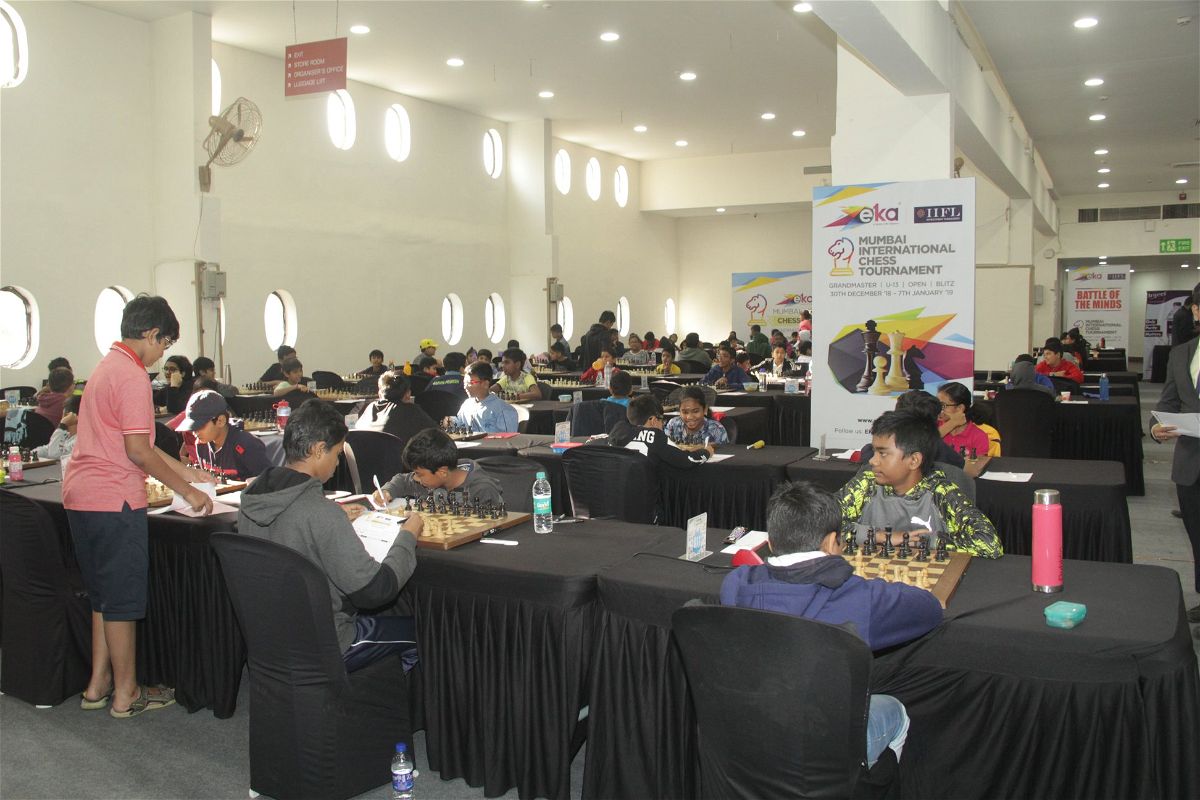 A customary 10-second countdown later, the round began in earnest. 231 players from eight countries are participating in the Under 13 event this time with the largest international contingents coming from Bangladesh and Kenya. USA, France, Egypt, England and Nepal are the other countries being represented this year. With a prize fund of Rs 10,00,000 (~USD 14,300), this event has been billed ‘the world’s richest junior tournament (for under 13s)’ for four consecutive years. Unlike the previous three editions, this one sees the coming together of two well-known Mumbai institutions, Indian Chess School and South Mumbai Chess Academy, to co-organise the tournament. 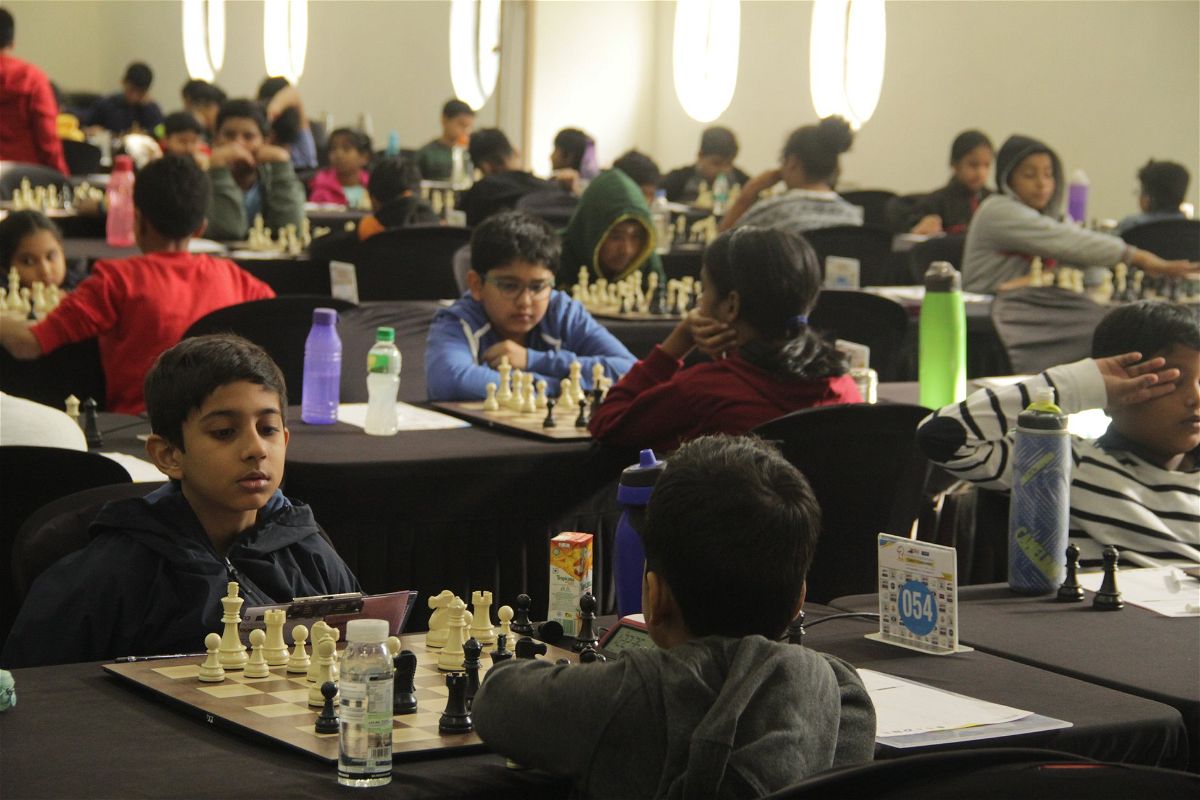 A unique opportunity for the youngsters in India and all across the world | Photo: Eka by IIFLW Facebook page

Noted players include World Cadets’ gold medallists IM Gukesh D (Under 12 Open) and Savitha Shri (Under 12 Girls) and World Youth bronze medalist WIM Divya Deshmukh (Under 14 Girls). They are joined by two FMs and two CMs to complete the top 10 of the starting rank. Results for most games followed a predictable pattern with the stronger players getting the better of their weaker opponents. Of the upper boards, the only unusual result came in the Nino Larmet versus Aarna Chugh game on Board 16, where the latter (rated 1164) held the former (rated 1835) to a draw. Three other games also saw draws on lower boards. 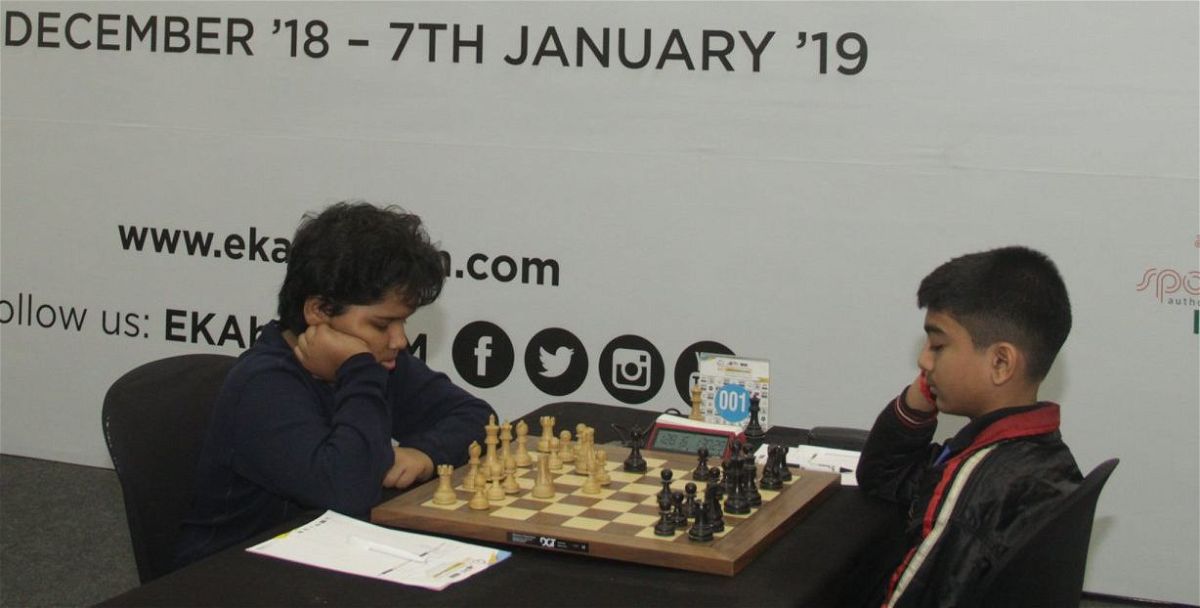 Gukesh, who very narrowly missed on out on scoring his final GM norm at Sunway Sitges and breaking Karjakin's youngest GM record, is the top seed! | Photo: Eka by IIFLW Facebook page

This is the first time after many years that an above 2100 Elo rated tournament is being held in India. The organizers were very keen that more norms should come out of this tournament and they decided to strictly stop entries of players below the Elo of 2100. The only exceptions were made for International players to ensure that we had enough foreign delegations represented so that there were no technical issues with the norms. The 2100+ tournament open in the afternoon on 30th of December. 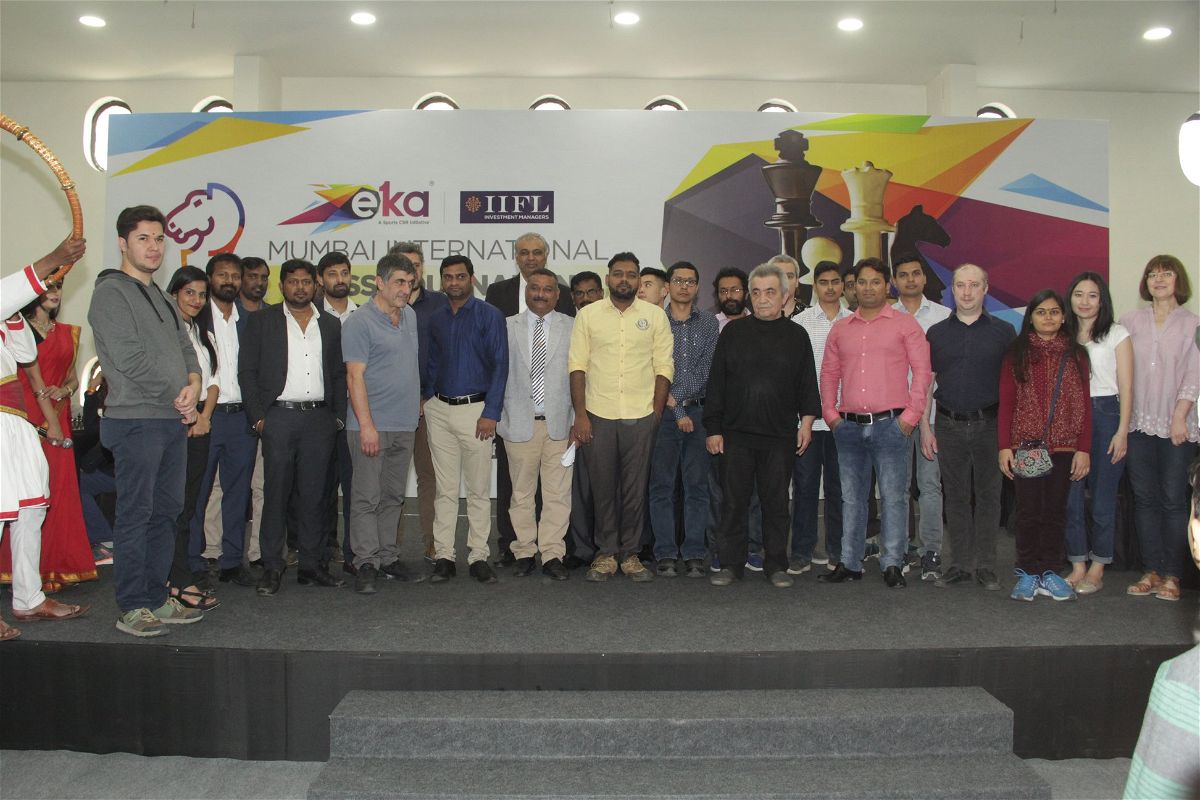 Top players of the above 2100 tournament | Photo: Eka by IIFLW Facebook page 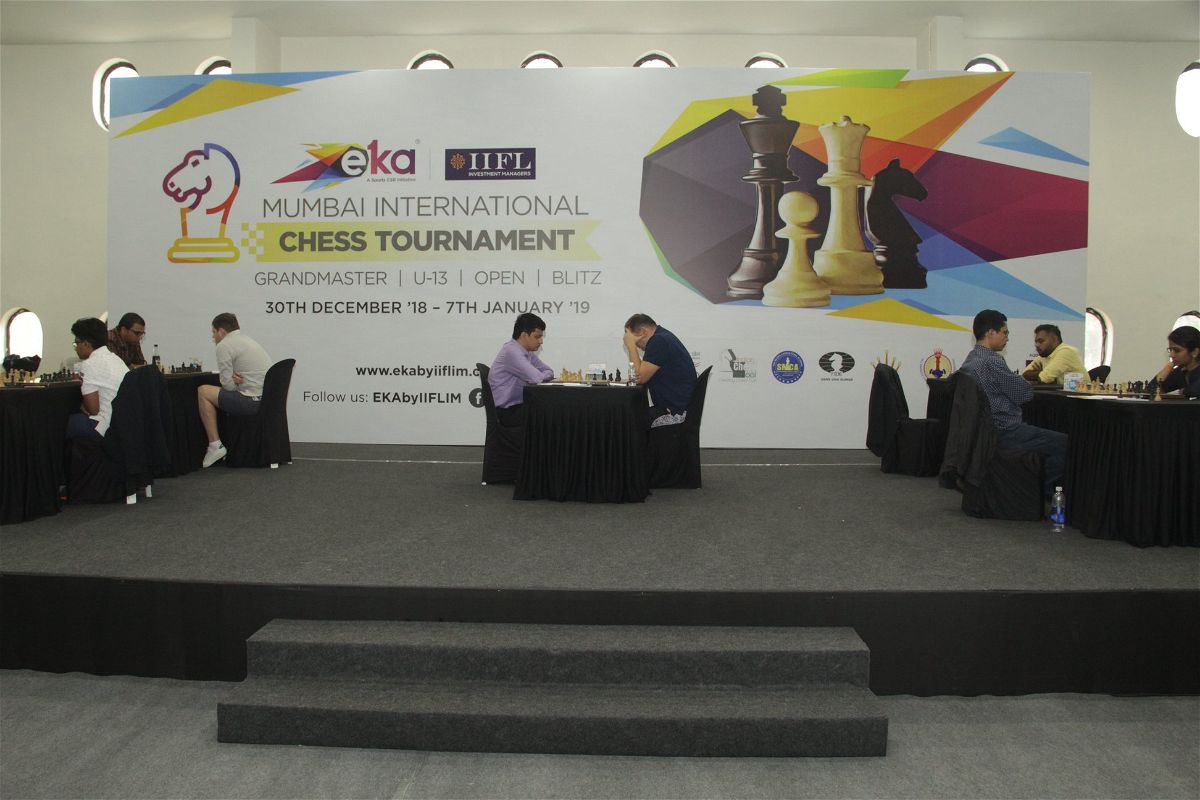 Top five boards are on the podium | Photo: Eka by IIFLW Facebook page 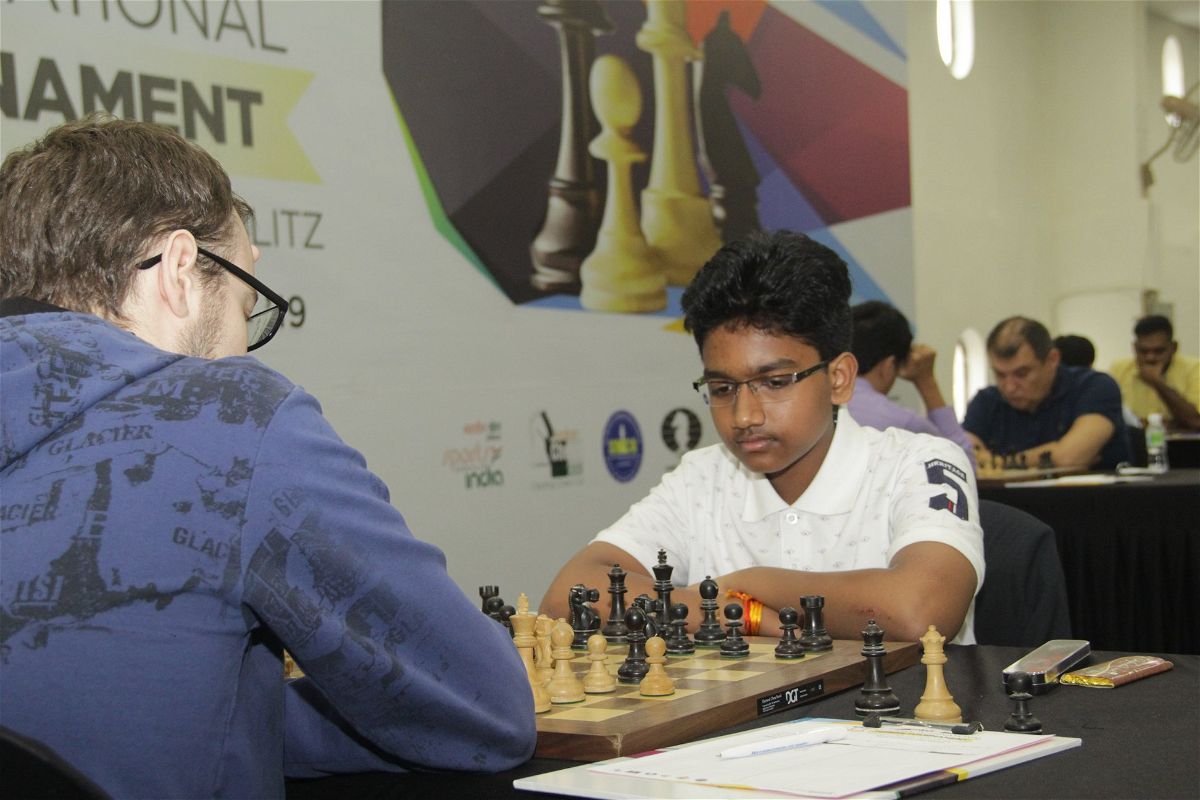 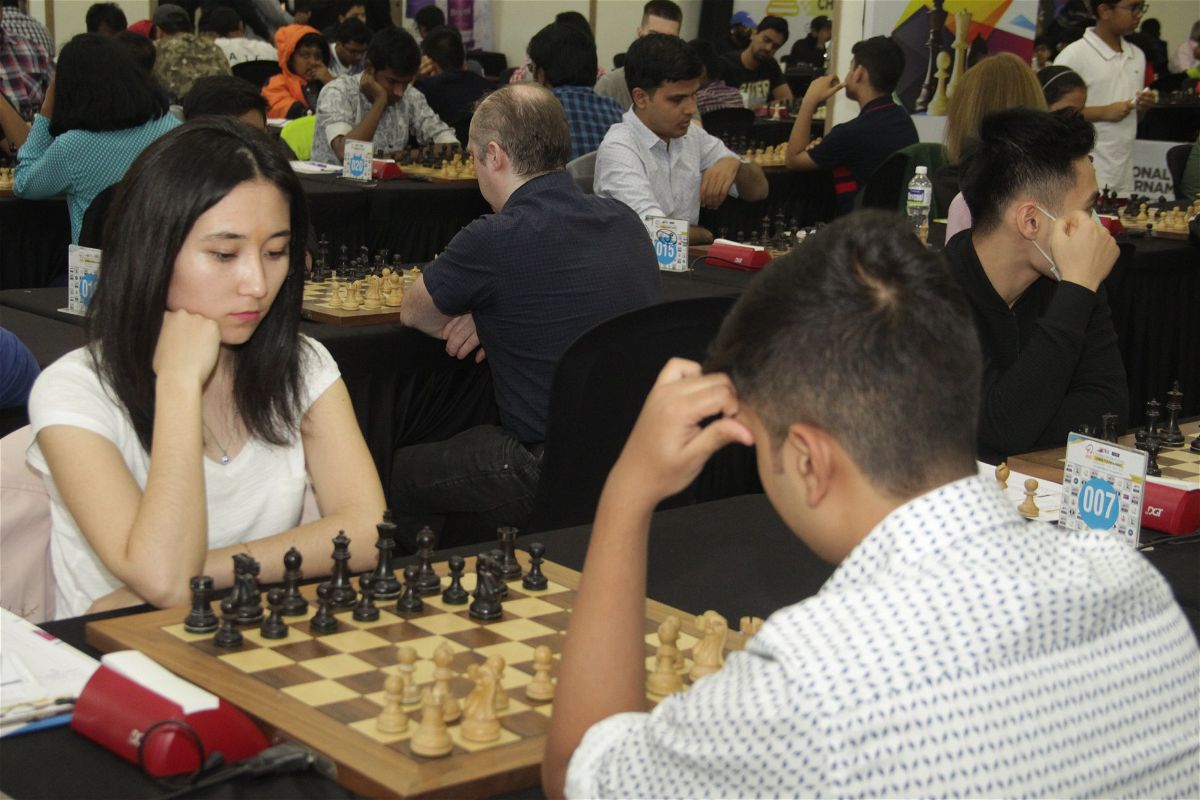 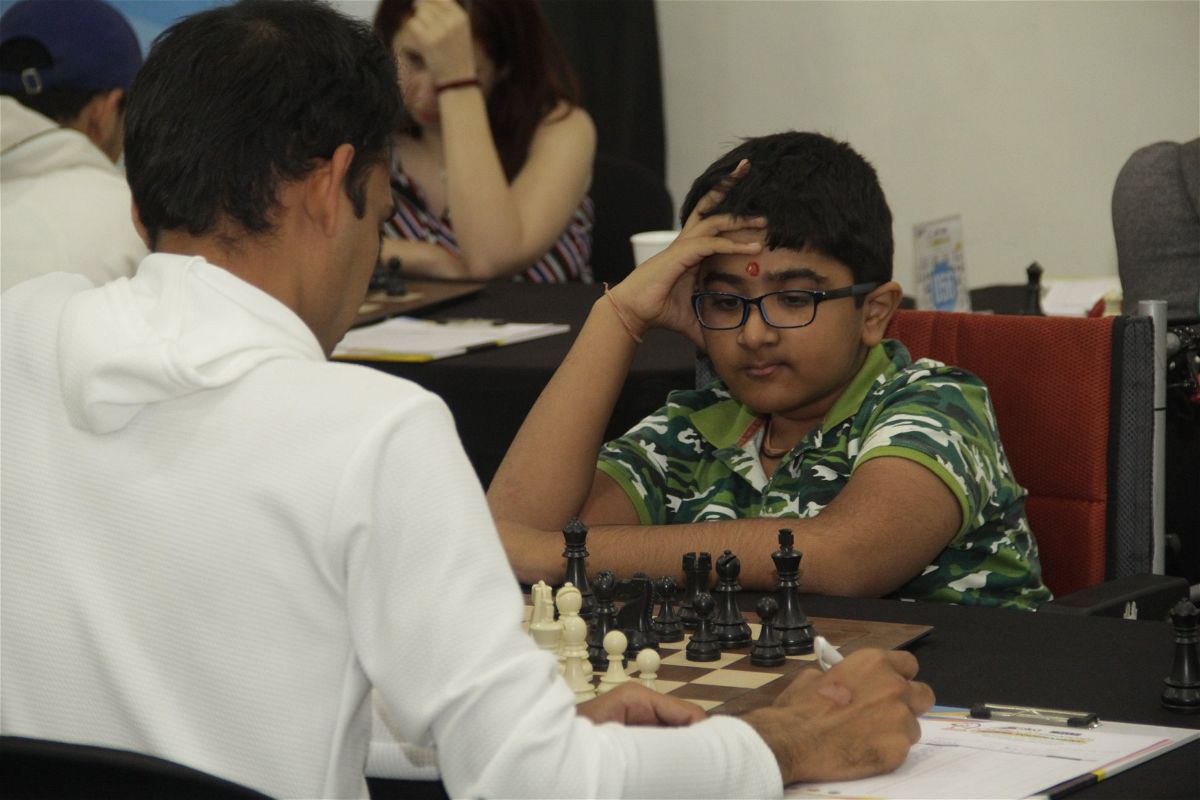 One of the lads worth following closely for the event is Aditya Mittal from Mumbai | Photo: Eka by IIFLW Facebook page 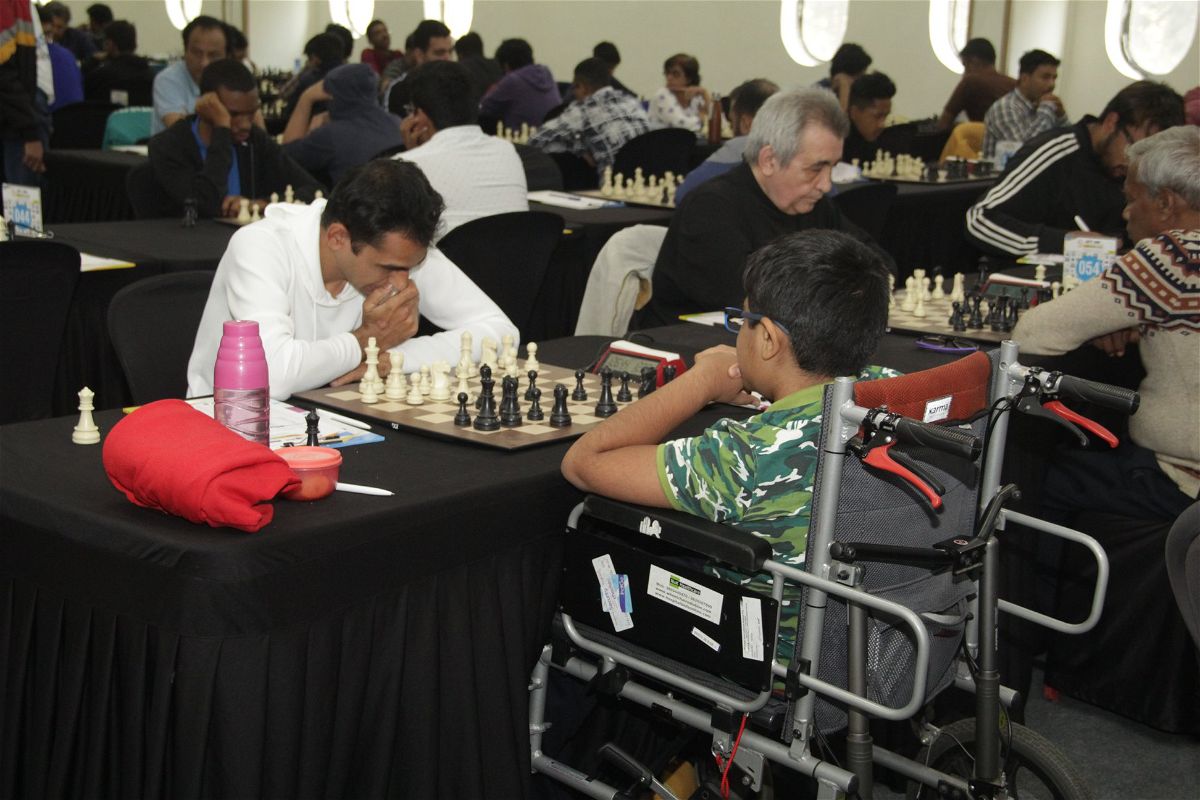 Aditya had a fall earlier this year and has been relegated to a wheelchair. But the champion that he is, he never gives up! | Photo: Eka by IIFLW Facebook page 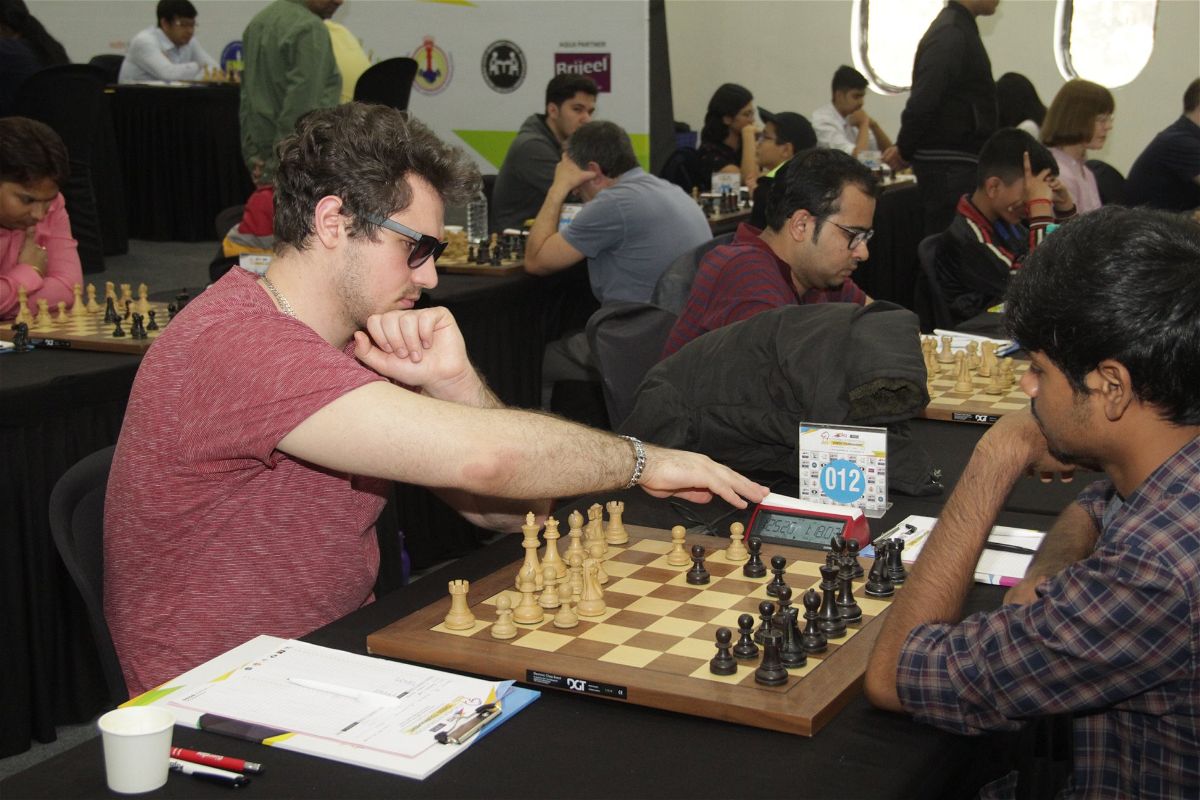 IM Radsolaw Gajek (2475), originally from Poland, but now lives in Vienna, Austria is here in India. He had a slow start as he drew his game against Senthil Maran | Photo: Eka by IIFLW Facebook page

Along with the above 2100 event, there is also an open event where players of any rating can participate. Naturally there are no players above the Elo of 2100 because they all played in the above 2100 tournament. 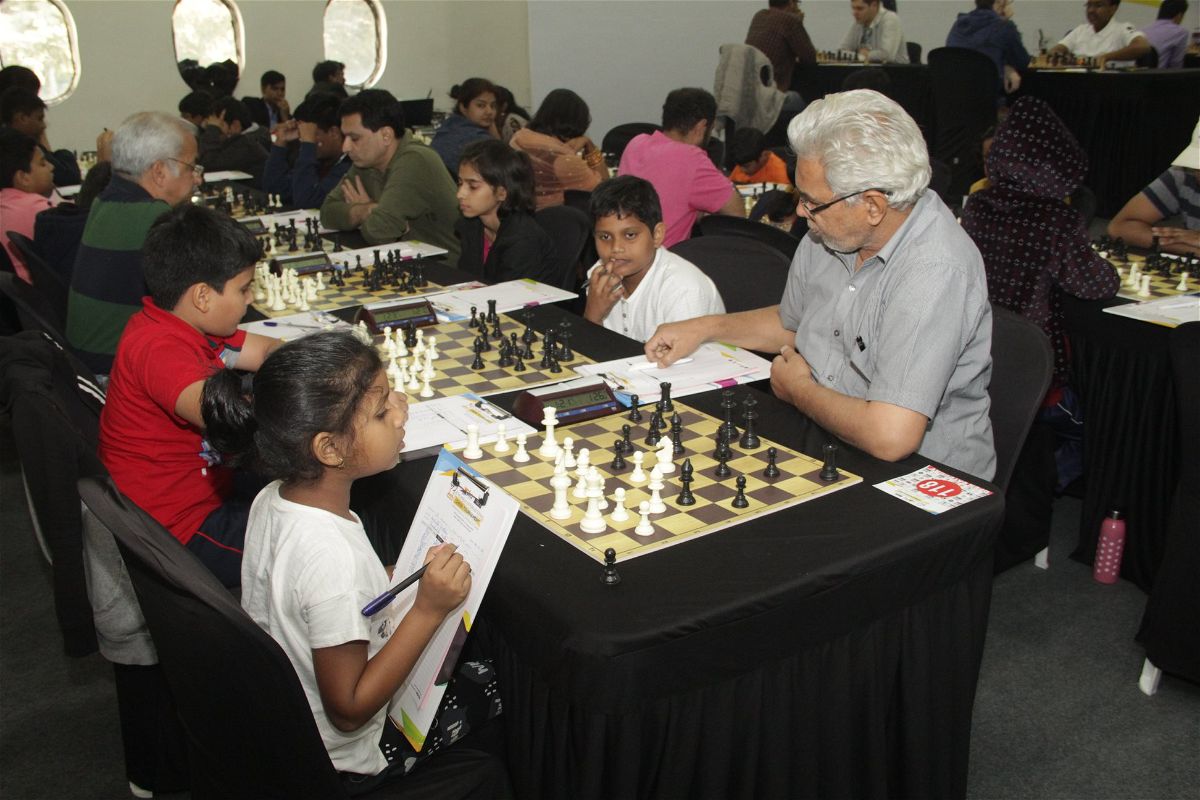 Youngsters who play in the under-13 event in the morning, can play in the evening as well! Above you can see the battle of generations! | Photo: Eka by IIFLW Facebook page 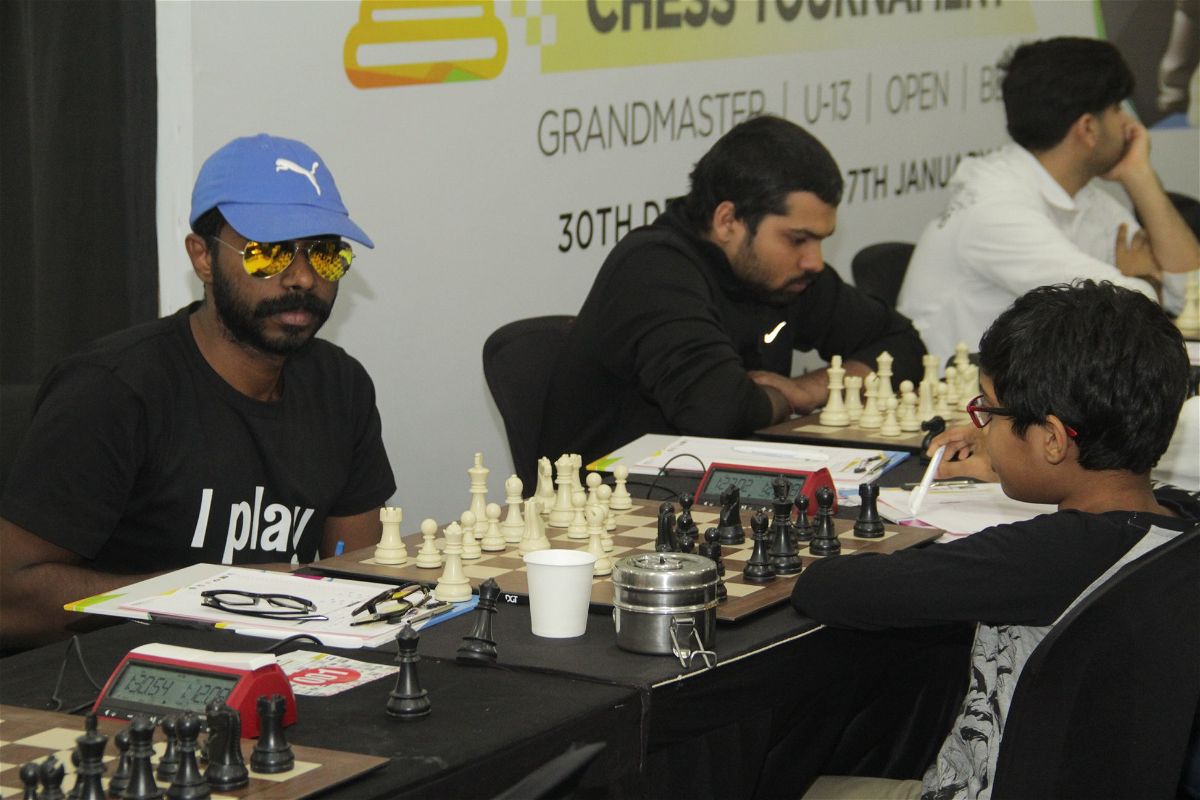 Sa Kannan is the top seed of the tournament and he began on a winning note against ChessBase India Juniors' editor-in-chief Avathanshu Bhat | Photo: Eka by IIFLW Facebook page 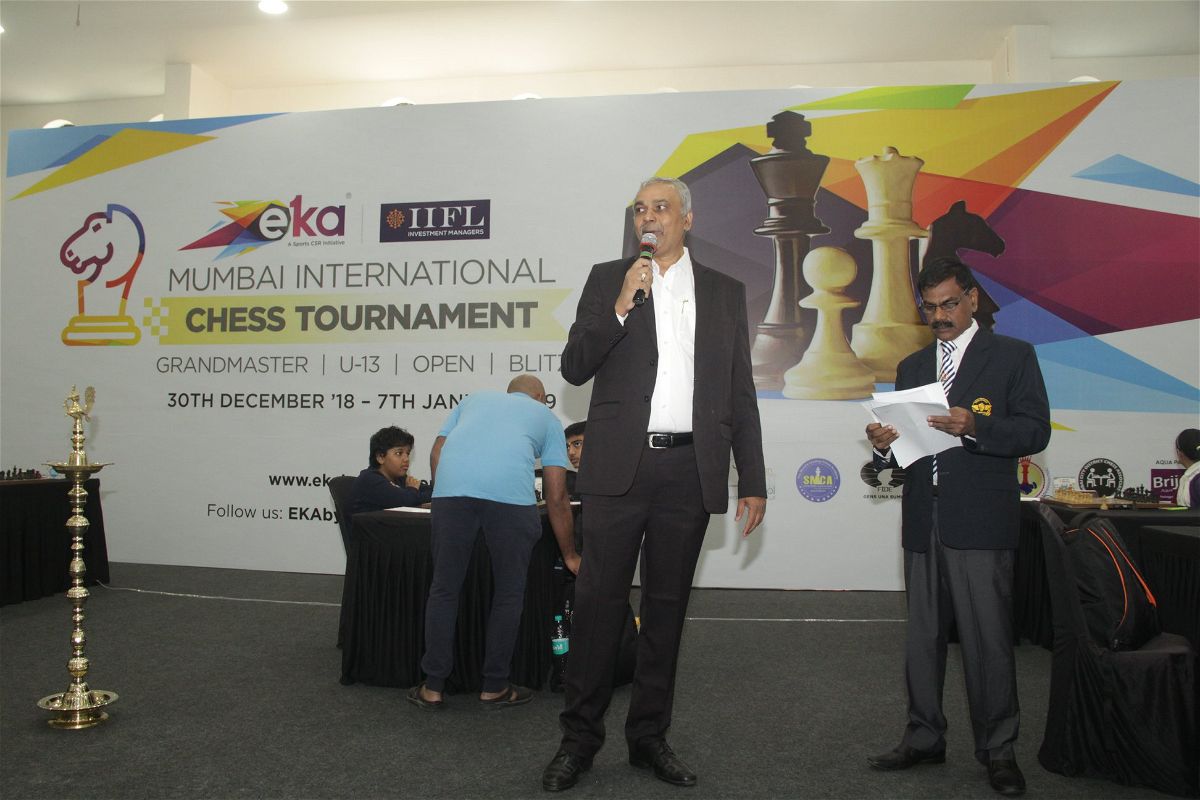 The man who has worked hard to put the entire show together - FI Praful Zaveri | Photo: Eka by IIFLW Facebook page
Related news: