The Indian blind team played well in the group stages and finished third ahead of some strong teams like Spain, Slovenia, Bulgaria and others. The team missed its chance to move to the semi-finals by not finishing in top two in their group, but they now have a chance to fight for the fifth spot. They take on Venezuela on the 29th of July. So how have Kishan Gangolli, Soundarya Kumar Pradhan, Aryan Joshi, Ashvin Makwana, and Subhendu Kumar Patra played at this event. In this report which covers all 16 games of Indian players from rounds four to seven, we look at the games in detail, trying to assess how strong our blind players really are. We request you to join in and let us know what you think about the games!

Round 4: India vs Poland

After three rounds the morale of the Indian team was pretty high. It's true that we had lost to Ukraine in round one, but we had bounced back with two power packed wins against Romania (3.5-0.5) and Spain (3-1). In the fourth round we were playing against the super strong Polish team. On almost every board we had a deficit of nearly 500 Elo points, but none of the players felt that they couldn't do it. We prepared for the match seriously and at one point things looked pretty interesting before it all went downhill.

Things began to look bright for team India when on board three Aryan won an exchange right out of the opening against Piotr Dukaczewski. The conversion part was not easy, and Aryan fumbled pretty badly to lose the game.

Soundarya Pradhan and Ashwin Makwana were no match for their opponents right from the opening. The Polish youngster Czajkowski played a fine game to beat Soundarya, while Blind World Champion Stachancyzk crushed Ashvin.

Kishan fought hard against the GM Marcin Tazbir on board one but couldn't really breakthrough. Marcin resorted to some smart waiting tactics and crashed through when Kishan miscalculated. 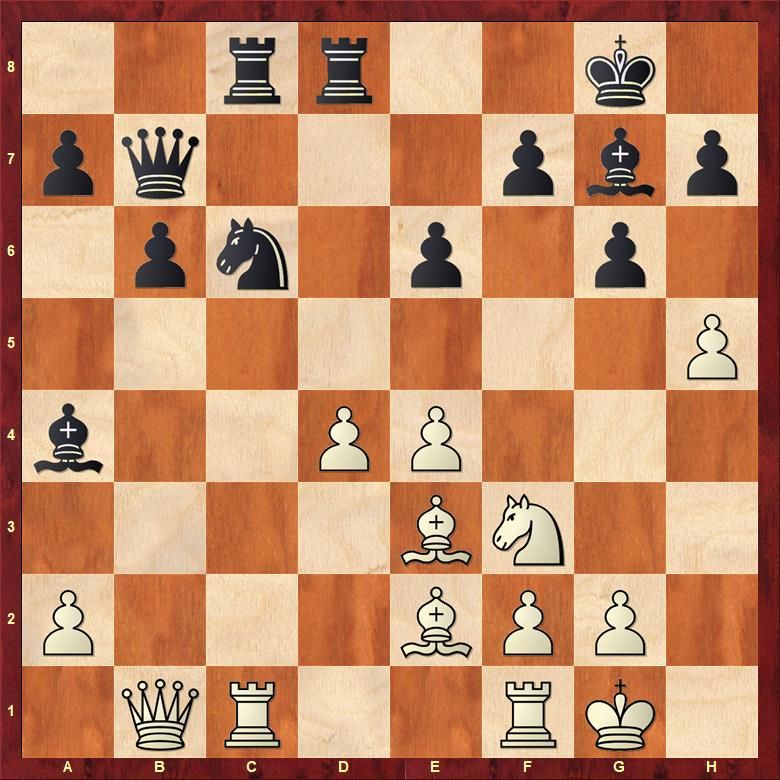 It's Black (Tazbir) to play. Can he pick up the d4 pawn, or Kishan has some trap prepared for him?

Round 5: Bulgaria vs India

This was supposed to be a match where Indians were the favourites going into the match in spite of being the lower seeds. And things did begin well for the team. Aryan won a pawn out of the opening. Soundarya was cruising towards victory right out of the first phase. Kishan seemed to be holding his ground against the highly experienced Bulgarian IM Nizam Rasim. While Ashvin, who was slightly worse on board four had his chances as his opponent's king was weak. But somewhere, around the three hour mark, the Indian team began to falter pretty badly. Soundarya blundered a piece and Aryan got his king checkmated right in the centre of the board. Ashvin managed to win the game, but this was not sufficient as India slumped to a 1.5-2.5 defeat. A painful loss to the team.

Ashvin managed to win his game on board four in his typical blitzkrieg style:

Kishan played a solid game and it seemed that things were around even, but his opponent outplayed him positionally and at some point it seemed as if the game was all over. But Kishan fought back and eked out a draw.

Yes, they were down, but not out. They have been fighters all their lives. A loss was not going to bring their momentum down!

Round 6: India versus Italy:

After the fifth round loss, the team decided to give rest to Soundarya in the sixth round. Subhendu was asked to play his first game. Italy was at the bottom of the table and hence we were expecting a big victory. The boys brought the cheer back when they scored a 4-0 win.

There was nothing much interesting to be said about the games. Most of them were one-sided affairs. The first game to end was Ashvin's super quick win over Laura Scata on board four.

Soundarya couldn't see the moves, but he waited patiently there listening to the moves being called out and replaying the position in his head!

Aryan was on the edge, right out of the opening, but his opponent did not take his chances:

Round 7: India versus Slovenia

In order to finish third in the group India had to win this game and they had quite a stiff opposition in the form of Slovenia. All the players in the Slovenian team were not so young, but they had experience on their side. The Indian team got back Soundarya on board two and Ashvin was given rest for this game. The top three boards fired big time and gave India at 3-1 victory. Very interesting games were played.

Kishan managed to showcase his sound positional understanding to gain a slightly better position out of the opening. The resulting late middlegame/endgame was around even, but Mlacnik played quite poorly gifting his opponent the full point.

Soundarya Pradhan didn't have a great opening position, but once he was given the chance by his opponent to push the pawn to e5, he was pretty much ruthless.

Aryan Joshi's game had a lot of things that could have been improved, but he played better than his opponent and that's what allowed him to take home the full point:

Subhendu was out of sorts and after a very good position out of the opening, slumped to a defeat pretty quickly.

The Indian team won their fourth match of the group stage and finished third in Group B.

Poland and Ukraine qualified to the Semi-finals. In the battle between these two super powers, it was Poland who came out on top.

As India finished third in group B, we now take on the fourth placed Venezuela in group A. This match will be one to watch out for especially because Venezuela has played really well in the group stage and has even beaten Serbia!

All the Indian players have performed quite well, especially Aryan, who is gaining nearly 130 Elo points.

You don't need wings to fly. You only need to believe!