Praggnanandhaa has the best chances of making a top finish at the Gibraltar Masters as he is on 6.0/8 after his opponent Mamedyarov didn't turn up for the 8th round. Behind Pragg, are five Indians who are on 5.5/8 - they are Adhiban, S.L. Narayanan, Karthikeyan Murali, D. Gukesh and Aryan Chopra. The game between Gukesh and Adhiban in round 8 ended in a draw and now the second youngest GM ever has a stiff challenge in the form of S.L. Narayanan in round 9. Leon Mendonca, the 13-year-old youngster from Goa has shown amazing stability at the event and now needs a win against Kotronias in the ninth round to make his maiden GM norm. An illustrated round 8 report from the Gibraltar Masters 2020.

After eight rounds at the Gibraltar Masters, the highest placed Indian is R. Praggnanandhaa with 6.0/8. After losing to Wang Hao in round 7, Pragg faced a formidable challenge in the form of Shakhriyar Mamedyarov. However, Shakh had not been keeping well and did not turn for the game at all. The fact that Pragg was white and no move was made meant that the organizers were aware about the fact that Mamedyarov would not be coming to the game. At the same time, when the pairings came out for round 8, the Azeri GM would have been unsure whether he is playing or not. For round nine Shakh has not been paired and the top seed would no longer be playing at the event.

Pragg had a formidable opponent in Shakhriyar Mamedyarov in round 8 of the Gibraltar Masters. But Shakh did not turn up for the game due to bad health. | Photos: Niki Riga

This leaves with Praggnanandhaa on 6.0/8. An excellent score and the youngster is just half a point behind the leaders Maghsoodloo, Wang Hao, Esipenko and Paravyan. In round nine Pragg has great chances to win as he faces Mikhail Kobalia. Kobalia is a strong chess player. However, he is also a coach and works in the FIDE administration. Clearly, chess is not the only thing in his life. Pragg also has the white pieces and it will be a game to look forward to. 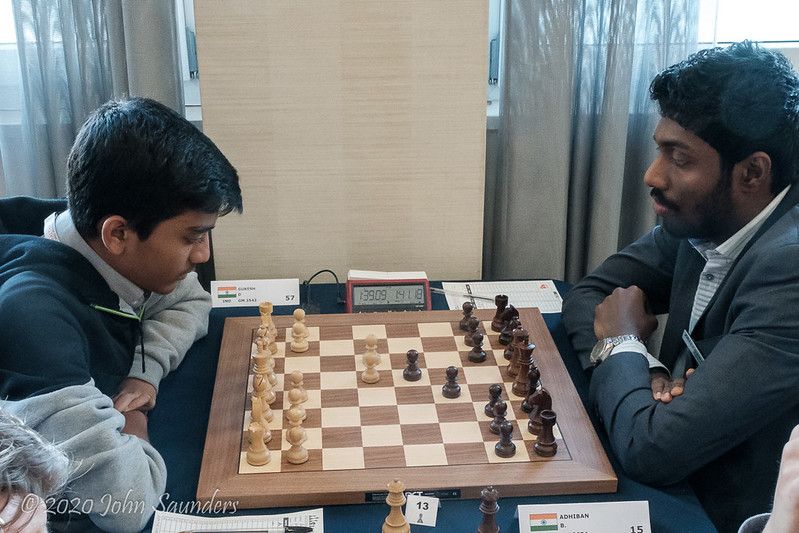 The game between Gukesh and Adhiban was hard fought but ended in a draw. | Photo: John Saunders 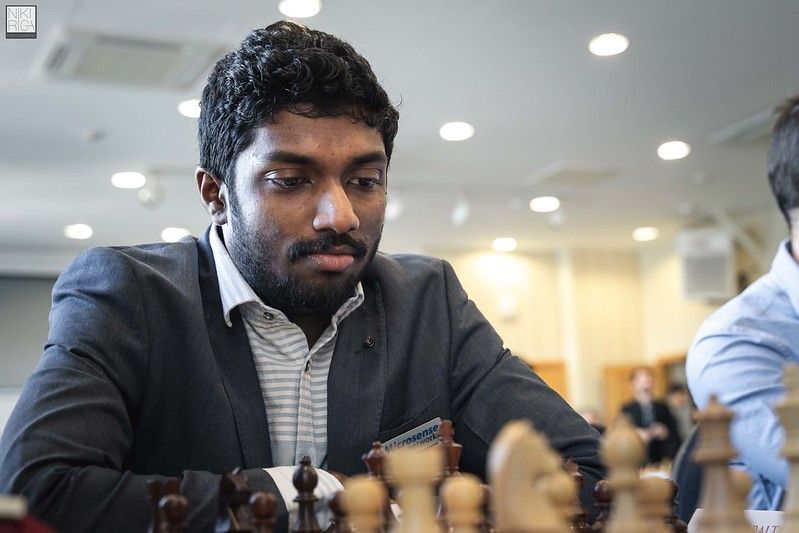 Adhiban has had a solid tournament with no losses yet, but he also has five draws, which is a bit too much for the beast! | Photo: Niki Riga 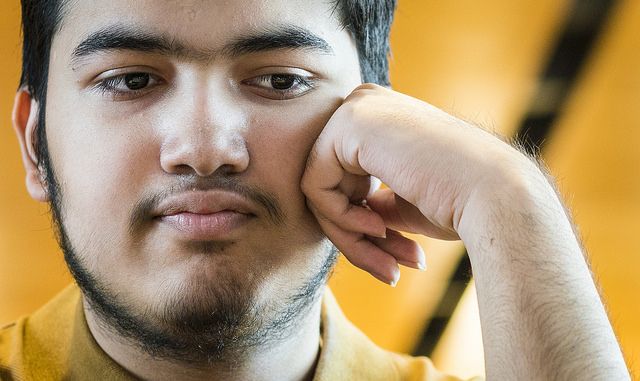 One player who has been doing exceedingly well at the event is 18-year-old Aryan Chopra. Aryan is on 5.5/8 and has won three of his games and drawn five. Draws against players like Mamedyarov, Alekseenko, Vocaturo, Adhiban is truly commendable. | Photo: Lennart Ootes 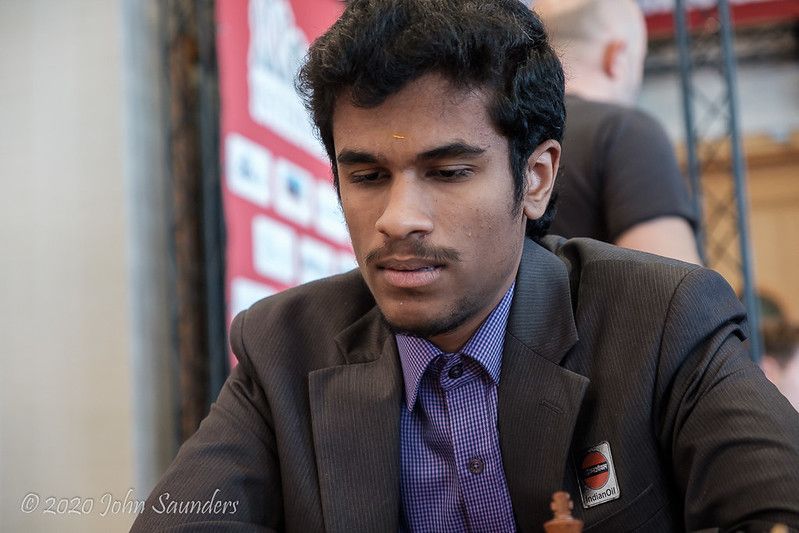 2019 runner-up Karthikeyan Murali is also unbeaten and is on 5.5/8. His last two round results have shown that he can hold his own against the best in the world - MVL and Navara. In round 9 Karthikeyan has excellent chances of putting his foot on accelerator as he faces Zhansaya Abdumalik. A win would mean moving to 6.5/9 with a chance to repeat last year's performance! | Photo: John Saunders 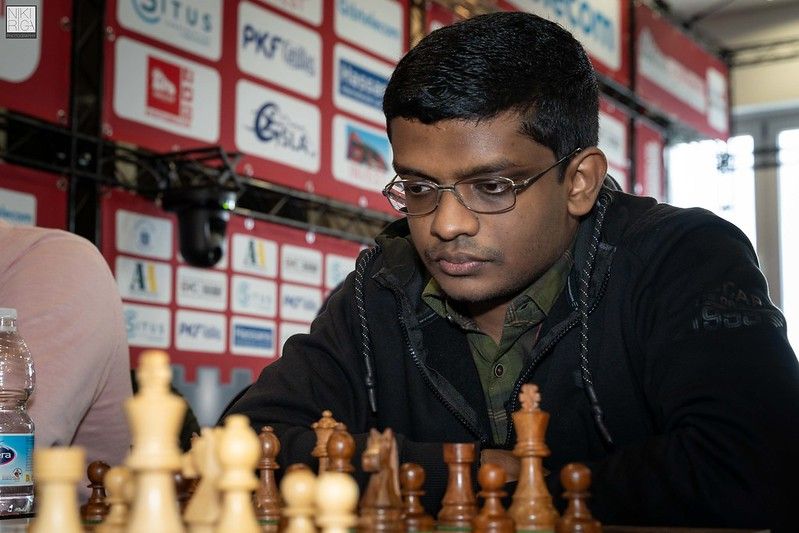 S.L. Narayanan started off with 3.5/4, but has slowed down a bit in the last four rounds with four draws. He now faces D. Gukesh in round nine. It will definitely be a game to look forward to. | Photo: Niki Riga

Very close to making his maiden GM norm is Leon Mendonca. He has draws against players like Lalith Babu, Anna Muzychuk, Raunak Sadhwani, Li Di, Alexander Beliavsky and Alejandro Ramirez. He also scored a win against IM Adam Kozak. A win in round nine against Vasilios Kotronias would give the youngster his first GM norm. | Photo: Niki Riga

In round 8 Leon's opponent Alejandro Ramirez tried to play extremely creatively, but the Goan youngster held his ground firmly: 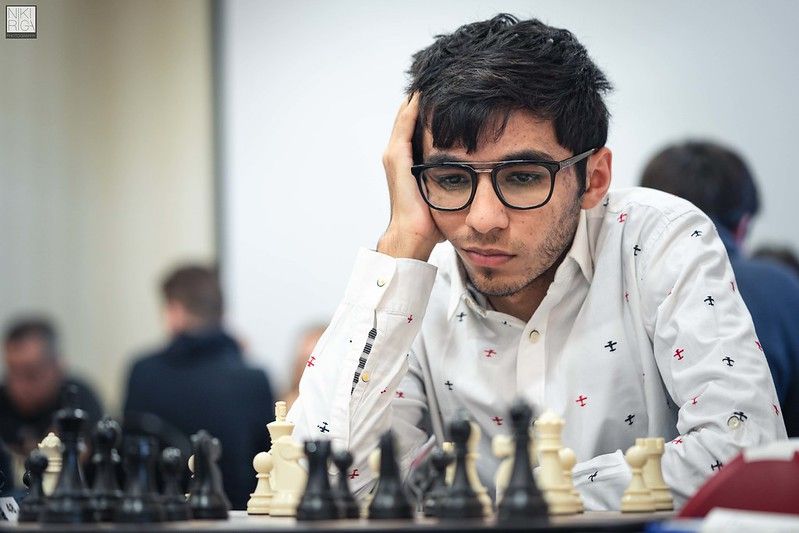 Harshit Raja played a scintillating game in round 8 to register a win. His rook sacrifice was incorrect, but the opponent could not take advantage of it and succumbed to a fine mating attack. | Photo: Niki Riga
Raunak Sadhwani was slightly worse throughout the game, but held his own against Sasikiran | Photo: John Saunders 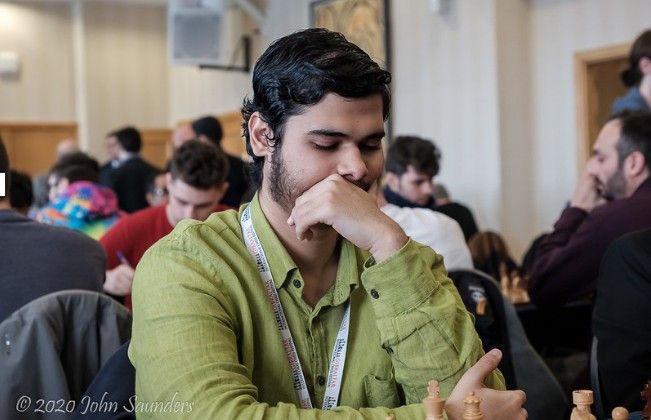 Shardul Gagare was very close to winning his game against Maxim Matlakov, but misfired his attack. | Photo: John Saunders 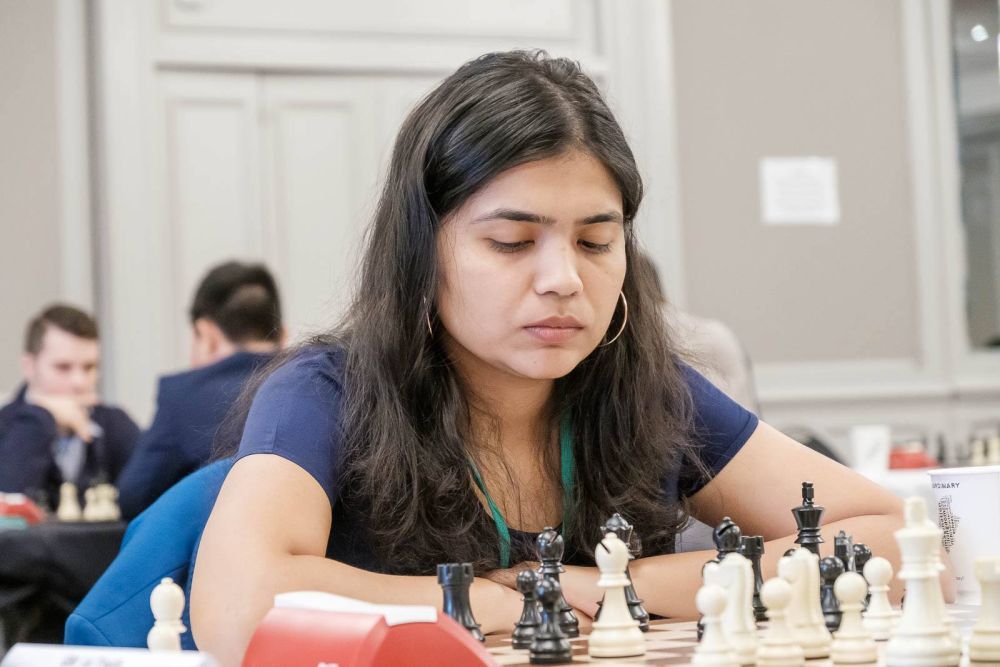 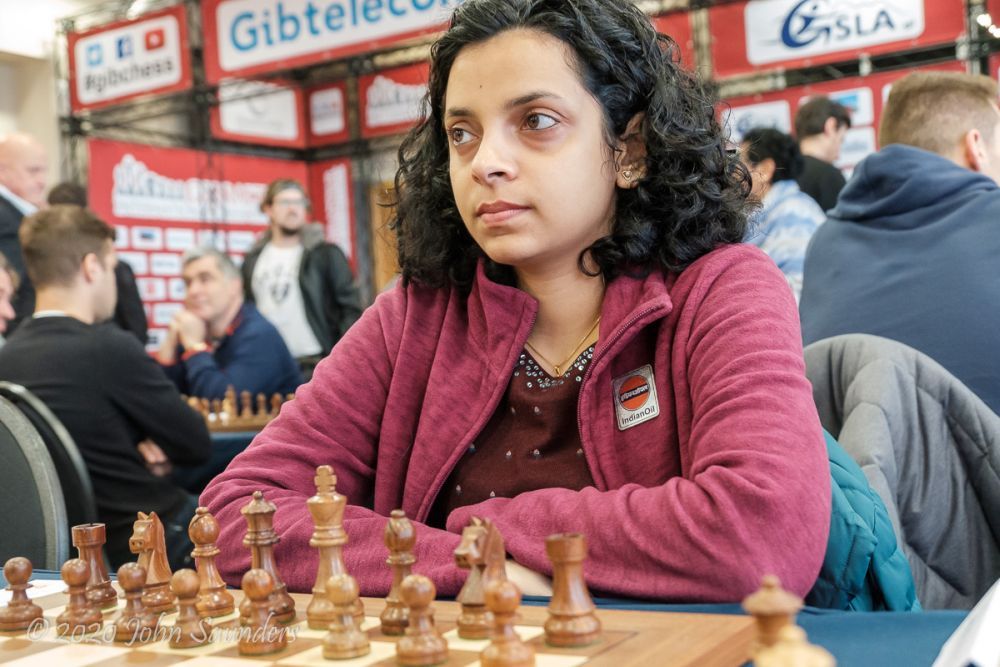 After a slow start Padmini Rout has scored 3.5 points in the last four rounds and is now on 4.5/8. | Photo: John Saunders

In round 7 Padmini played a very nice game to beat Luca Moroni: