The second round of the FIDE Candidates tournament wasn't as explosive as the first one but it did feature lots of exciting chess. The only decisive game of the round was played between Wesley So and Alexander Grischuk. Grischuk had the white pieces in the game and utterly demolished Wesley after the Filipino-American GM slipped early in the game. In another fascinating encounter, Fabiano Caruana sacrificed an exchange very early in his game against Ding Liren and tried to push for a win but had to be content with a draw in the end. Round 2 report.

After a turbulent first round at the 2018 Berlin Candidates, pace of the players slowed down in the second round. Only one out of the four games of the round ended decisively unlike yesterday when only one game was drawn. The sole victor of the round was GM Alexander Grischuk who defeated Wesley So. This was a very welcome victory for Grischuk in especially since he had lost in the previous round against Vladimir Kramnik. For Wesley So, who is playing the first Candidates tournament of his career, there could not have been a more dreadful start than this. With this loss, So has found himself at the bottom of the leaderboard and is yet to get off the mark in the tournament. 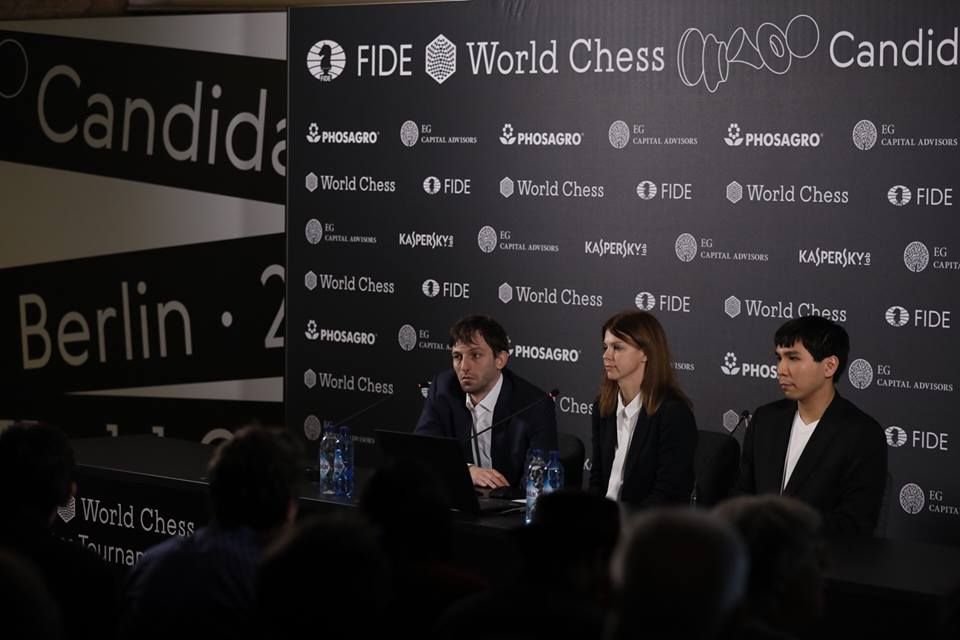 Grischuk's game against Wesley So was the only decisive game of the round. | Photo: World Chess Facebook

In the game, Grischuk, who had the white pieces, went for the much in vogue 6.d3 variant of the Ruy Lopez. After some double-edged play by So in the opening, Grischuk came up with an ingenious plan. First, he broke open in the centre. This left him with an isolated queen's pawn but Grischuk absolutely did not mind it. Further, Grischuk played some rather crafty rook lifts that eventually caught the black king in a mating net. 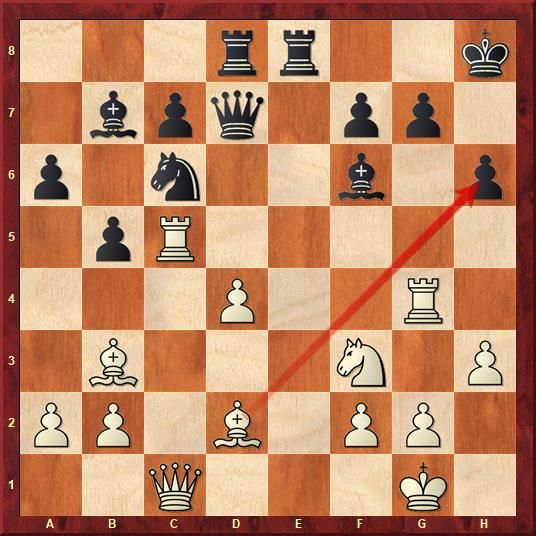 Here white does not only dominate the 'c' file, he is also threatening a deadly sacrifice on h6

Giving up a full piece, So clung on to dear life. However, the material deficit was too steep. Not to mention, even after this, Grischuk enjoyed a continued attack. Being the time pressure addict that he is, Grischuk did find himself in some serious time trouble during the game but in the end, managed to pull out a win successfully.

In the post-game press conference, Grischuk said that he was pretty confident that he will be able to checkmate his opponent, especially after Black's 21st move in the game."After 21...Kh8 22.Rc5, I didn't even calculate everything. I said to myself: 'I have all pieces in the attack and Black defends with one bishop. If there is no mate, I just quit chess," Grischuk said. 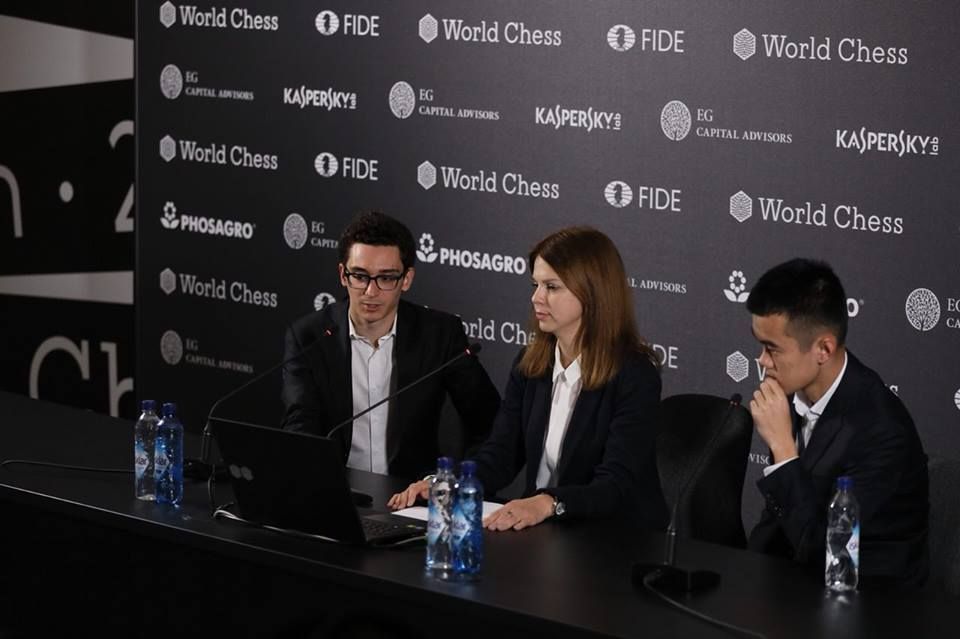 Another interesting game from round 2 was the one between Ding Liren and Fabiano Caruana | Photo: World Chess Facebook

After his poor show at the recently concluded Tata Steel Masters, Caruana, in the last two rounds, has proved that he has put his bad form behind and is going to fight with all his might in the "Cool House". From the black side of a Catalan, Caruana chose an enterprising line that entailed an exchange sacrifice early in the game in compensation for an initiative on the kingside.

Most of the play throughout the middlegame circled around the holes left behind because of the absence of white's fianchettoed bishop that gobbled the a8 rook earlier in the game. While Caruana tried to exploit this by bearing down his own bishop along the h1-a8 diagonal in conjunction with his queen, Ding Liren tried to coordinate his pieces whilst keeping an eye on Black's play along the long diagonal. In the end, both sides succeeded in maintaining balance in the position and agreed to a draw on the 46th move. 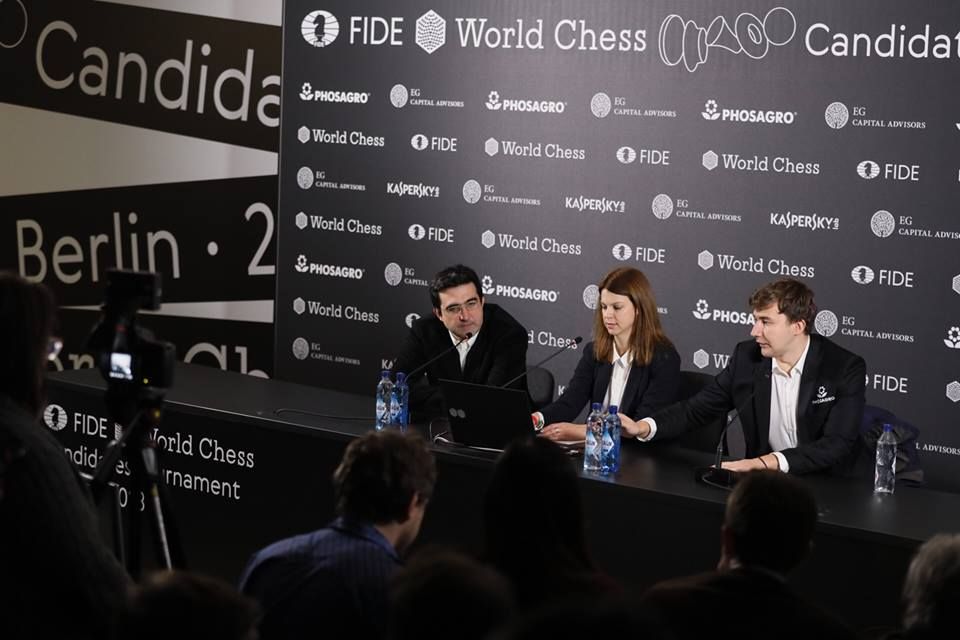 The game kicked off with a Berlin Defence but this time, Kramnik found himself on the wrong side of the wall. Instead of playing with the Berlin, he was playing against it. The game was quite a deep theoretical battle. Kramnik, who is an expert in this opening and who is perhaps single-handedly responsible for its popularisation at the very elite level, was fully prepared for the encounter. Since he is usually seen playing the Berlin from the black side, Kramnik said it was a pleasure to look at the position from the white side even though he usually sees it from black's perspective.

Karjakin said after the game that he felt he missed some lines even though this was his preparation. After the game, he said it was a very tricky position. He had studied it an hour before the round but was unable to remember his analysis.

In the endgame, both sides had two rooks and a bishop. Karjakin had an extra pawn since Kramnik had given up one of his pawns earlier in the game to get his kingside pawn majority rolling. But as play progressed, all four rooks were traded and a dead drawn endgame with bishops of opposite colours was reached. Players decided to sign the truce at this point. 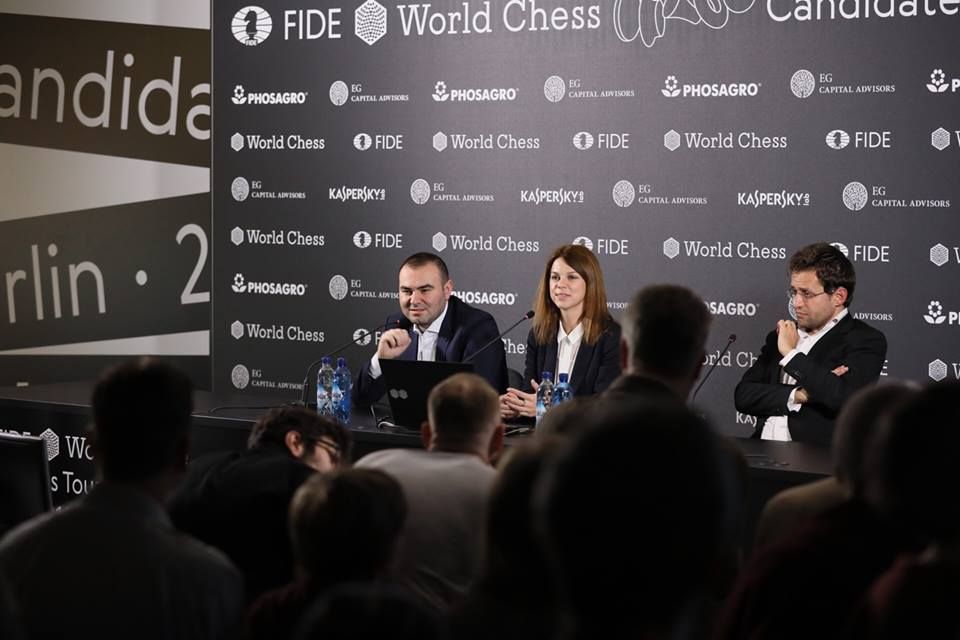 The game between Shakh Mamedyarov and Levon Aronian was the shortest game of the round. | Photo: World Chess Facebook

Play began with the Nimzo Indian Defence in which Mamedyarov was the first one to surprise his opponent. On his 10th move, Mamedyarov played his pawn to g3, alluding to an upcoming bishop fianchetto. However, on the very next move, the bishop landed on h3 instead of the traditional g2 square. A few more moves into the game, Mamedyarov rushed with his pieces towards the queenside where, after a trade of pawns a move repetition ended the game peacefully on move 24.