Indian players, GM Surya Ganguly and IM Padmini Rout, found themselves on top of the leaderboard in the Open and Women's segments respectively at the close of the fifth round of the Asian Continental Championship. On the top board in the open group, Ganguly steamrolled compatriot SP Sethuraman after the latter fumbled in the early stages of a Spanish Opening. Padmini Rout, who also had the whites in her game against WFM Munkhzul Turmunkh, pulled out a clean win in a Sicilian Najdorf to race ahead of her rivals. Round 5 report. | Thumbnail image: Genghis Imperial

GM Surya Shekhar Ganguly (2621) emerged as the sole leader at the conclusion of the fifth round of the Asian Continental Championship in Makati City, Philippines, on Friday evening. Going into the round, Ganguly co-led the tournament alongside countryman SP Sethuraman (2664) and Wei Yi (2728). While Ganguly brought down Sethuraman, Wei Yi content himself with a mere 13 move draw against compatriot Ni Hua and slipped down to the second spot. Half a point behind Wei is a crowd of 15 players who share the third place at 3.5/5. Three prominent names in this list include GM Wang Hao (2730), GM Le Quang Liem (2714) and GM Vidit Santosh Gujrathi (2701).

Sethuraman, who had the black pieces against Ganguly chose to discuss the Open Spanish but went astray very early. Ganguly had sacrificed a pawn in the opening and Sethuraman sought to liquidate the position by offering a queen exchange. But the boot was on the wrong foot when Ganguly whipped out a stunning bishop sacrifice. 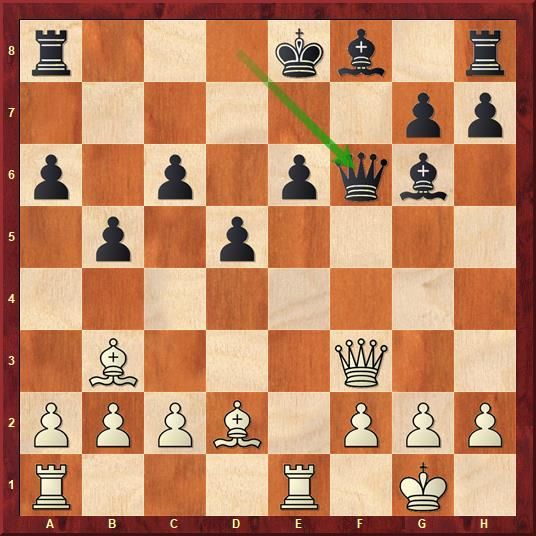 Ganguly immediately exploited black's central king position here with 15.Bxd5! If the bishop is captured 15...cxd5, white has 16.Qxd5 and there are all kinds of threats looming over black. Sethuraman tried getting his king to [relative] safety with 15...0-0-0 but after 16.Bxe6+ Kb7 17.Qe3 white was a pawn up and had a fantastic position. The game went on until the 44th move but Ganguly was in total control all the way through.

The battle of the two leaders | Photo: Genghis Imperial

On the fifth board, Adhiban Baskaran's (2695) position looked slightly precarious due to Rinat Jumabayev's (2602) far advanced pawns on the queenside. But 'the beast' managed to keep things under control and secured a draw after 67 moves.

Adhiban Baskaran made his fourth straight draw in round five and moved up to 3.0/5 | Photo: Genghis Imperial

In another all-Indian encounter, Vidit Gujrathi defeated GM Shardul Gagare (2504) from the black side of an English Opening | Photo: Genghis Imperial

The women's group also saw an Indian rise to the top out of a three-way tie in the fifth round as IM Padmini Rout (2345) defeated Mongolian WFM Munkhzul Turmunkh (2255). The third co-leader, IM Pham Le Thao Nguyen (2363) lost, in the meanwhile to Singaporean WGM Gong Qianyun (2312), leaving Padmini in sole lead at 4.5/5.

Padmini had the white pieces in a Sicilian Najdorf. Getting a slight edge out of the opening, she exploited her opponent's weaknesses perfectly in the queenless endgame that ensued. By the time the first time control was reached, Padmini's advantage had become overwhelming. Right after the first time control, she found a neat tactic that won her a piece and forced resignation about 10 moves later. 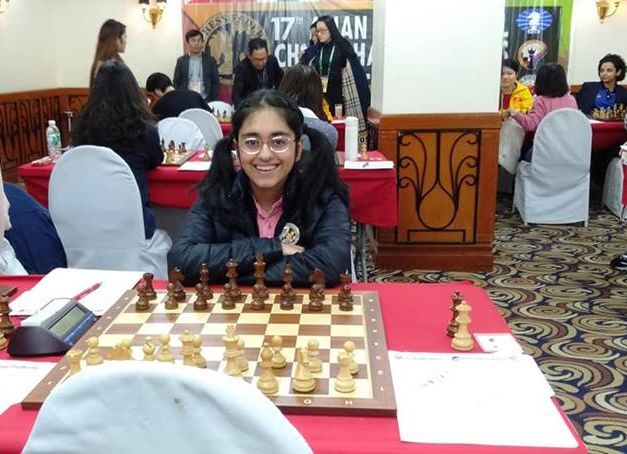 Results of round 5 (open)

Results of Round 5 (women)