The launch of Academy Chess League

ChessBase India launches its all new initiative - Academy Chess League. An online playing league where academies/schools from different parts of India and the world fight it out against each other in a serious long game of chess (45 min+10 sec). The main aim of the league is to provide a platform for players to fight for the honour of their academy/school and at the same time improve as chess players! It is for the first time that such an initiative has been taken in the world of chess. ChessBase India invites all the academies/schools in India and the world to take part in this unique concept and ensure that their students become stronger chess players.

As a chess player I consider my biggest improvement took place when I joined the Ghatkopar Chess Academy (GCA) when I was eleven years old. The place was just ten minutes away from my home. Three days a week I would go there and play against all the other players that came to the academy. There was hardly any coaching, the main point was just to play and improve! After a year or so, I still enjoyed to go to the academy, but seeing the same faces was not highly refreshing. At the same time my opponents would never really change their openings! So, if I had to play with the black pieces against Amogh Kamli I knew that he would play the Dragon. If it was Ketan Patil, it was going to be the French. The newness and enthusiasm was lost. I craved for new opponents, but to get new players at my level was not easy.

There are thousands of academies all over India and the students and trainers who face the same problem mentioned above - how to get new players for game play against the talented players of the academy. We, at ChessBase India have decided to find a solution to this issue by launching the Academy Chess League (ACL) - an online platform where two academies can fight it out against each other. In order to test our idea we held the exhibition online match between Dibyendu Barua Chess Academy (DBCA) and Kunte's Chess Academy (KCA) on Playchess. 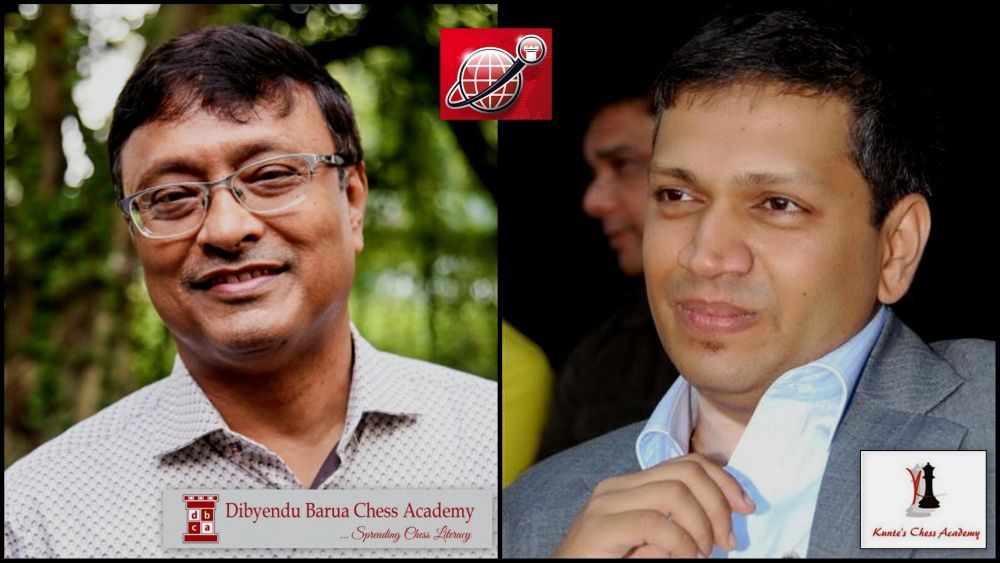 The match went right down to the wire and the final score was 8-8:

DBCA students had all gathered in the academy with their laptops!

For KCA a few of the students came to the academy and most of them played from home!

This is how the games are played on Playchess!

After the match ended we spoke to both Dibyendu Barua + Saheli Dhar Barua and Abhijit Kunte. As coaches and trainers, they were thrilled with this concept. Apart from the thrill of winning and losing, they also had the games of the players which they could analyze and try to find out the errors and mistakes. A strong player like Arpita Mukherjee from DBCA who is rated 2151 suddenly was able to match her wits against another young talent Aditya Samant (rated 2167) from Pune. An unrated player who had just begun his chess career was suddenly fighting for the pride of his academy. It was great excitement! You can read about this thrilling encounter in more detail here.

The launch of Academy Chess League 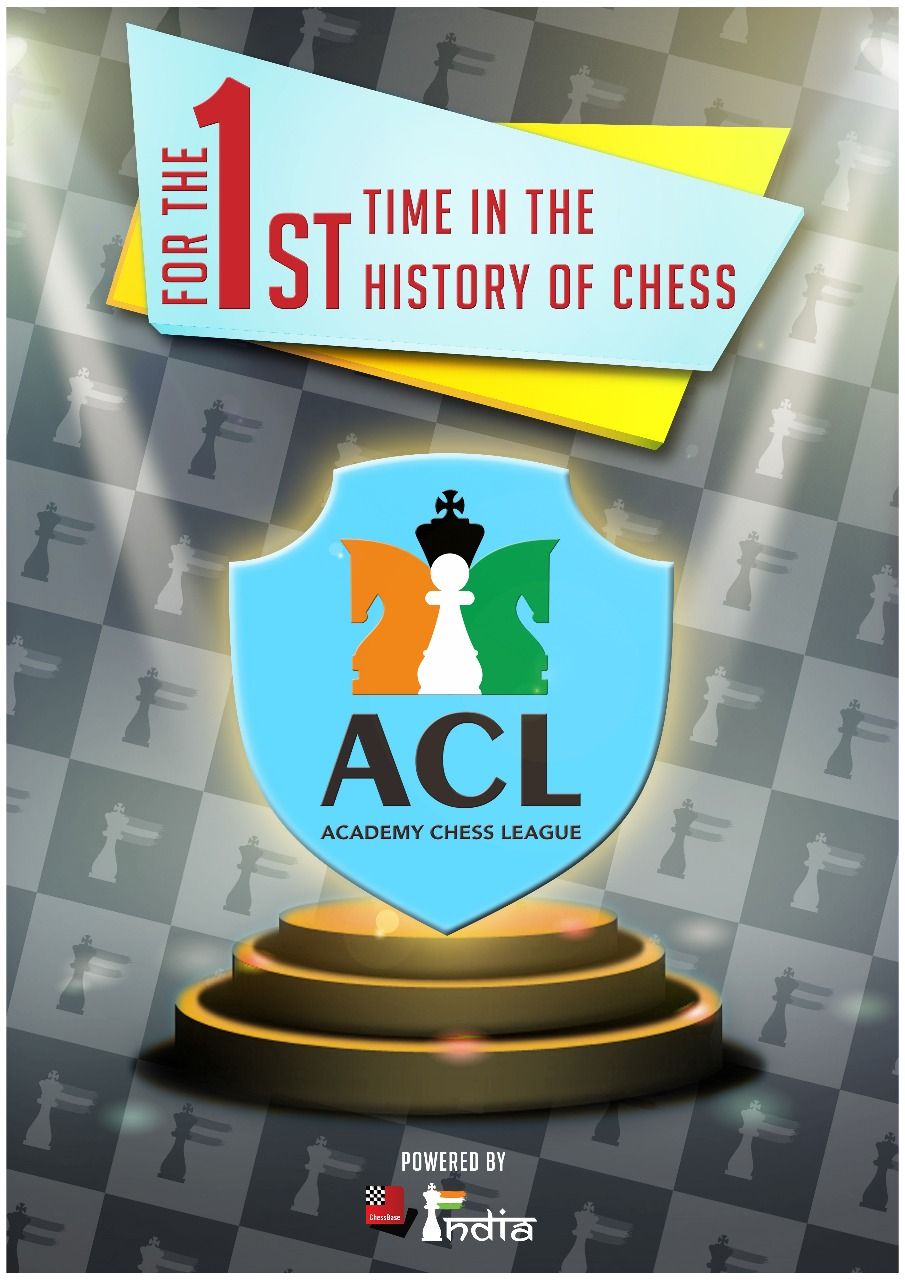 This initiative and concept launched by ChessBase India is highly novel and at the same time the aim is very simple - high quality playing practice for students of each academy. At the same time, you have the chance to prove yourself as the best chess academy in India!

The Super League will be launched in the month of June. There are four rating sections (mentioned below) and each section will have 16 academies. The 16 academies in each section will fight to become the Academy Chess League Champions in their section! So at the end of the first Super League which will last for around two months we will have four different champions in four different rating categories.

An academy has to enlist its team with four members in any of the following rating category.

There will be four rating categories:

** The FIDE rating on the first of the month is what will be taken into consideration. Assuming that you have a game on 2nd of July, the ratings as on 1st of July will be considered.

As an academy you need not have players in all sections. You can decide that I would like my students to take part in the 1000-1400 section. You need minimum four and maximum can be any number. 24 hours prior to the match you will have to decide on the four players that will play from your side.

The 16 teams in one rating section will be further segregated into four random groups - Group A, B, C, D. Suppose your team is in Group A. You will play three matches against the other three academies in your group. If you become the leader of your group at the end of the match, you will play the semi-finals and then the finals. More details about the rules will be published soon.

The time control of the event is 45 minutes + 10 seconds increment. We deliberately kept the time control for a long serious game, because we want the players to indulge in a game of chess that is closest to the classical time control and improve.

No player will be allowed to play in the Academy Chess League if he is not a ChessBase Premium Account member.

The first Super League will take place in the month of June. The games will be announced well in advance and on an average a team would play 3-4 matches in a month.

This event is mainly aimed to provide high class playing practice to students of academies. The main motivation is to improve as a chess player and not the prizes. But we will ensure that the winning team gets not only the winner's trophy but also attractive prizes! There will also be board prizes.

Open to all academies of the world:

Although the ACL is primarily aimed at Indian academies at the start, we would be happy to have International Academies.

Benefits of taking part in ACL:

1. High quality practice games for players in their rating categories

2. Ready games for coaches of the academy to analyze the mistakes of their students

3. Playing against opponents all over the India and the world

4. Get to play from the comfort of your home or academy. No travelling.

5. No entry fee! The ChessBase Premium Account can anyway be used to become a stronger player with all its features.

6. Attractive prizes to the winners.

7. Exposure to the academy with regular reports about the matches on ChessBase India

All those academies who are interested to take part in the ACL, please fill the form below. We will get back to you:

The last date to submit the form is 31st of May 2018. But in case we have 16 teams already in the rating section, then your entry will not be accepted. So hurry up!

* Accepting or declining the entries of any team is at the discretion of ChessBase India.

The entry fee to play in the Academy Chess League is just the ChessBase Premium Account. You get to play games against players all over India and the world. Your academy gets exposure and becomes popular in the process. This is one of those initiatives where you have everything to gain and nothing to lose. We have many ideas which we will be implementing once the first season gets rolling. So don't miss out on this opportunity. Join us in this mission of Powering Chess in India!

Academy Chess League is organized and powered by ChessBase India