The rating average of top 14 players of National Premier 2017 was 2480. The rating average of the SMCA online blitz tournament to be held on 3rd December 2017 (at 10 a.m.) is 2531! The tournament is the strongest ever blitz online event that you can ever play. While Adhiban is the top seed, it is not absolutely clear whether he is the favourite. He will face an extremely tough fight from Sethuraman and Gopal. And we have the trio of super Indian talent - Aravindh Chithambaram, Karthikeyan Murali and S.L. Narayanan. And as if all of this was not enough, we mustn't forget the Playchess Guru - Lalith Babu! It's your chance to be a part of this fun. Don't miss it.

When Adhiban is playing a tournament on Indian soil you can most certainly agree that he is the favourite to win the title. However, at the 4th ChessBase India online prize money blitz event dedicated to SMCA celebrating its 21st anniversary, things are not at all clear. Sethuraman is clearly a big challenge. We have G.N. Gopal who has proved his mettle at various events to be an extremely strong blitz player. The trio of Indian talents Aravindh, Karthikeyan and S.L. Narayanan would definitely be wanting to win their first ChessBase India online event. But there is one guy that everyone should rightly fear and he is Lalith Babu! aka Anji.

Lalith scored 9.0/9 in the first blitz tournament that we organized. Then in the second one he had a disconnection when he was leading with 7.0/7. This gave a chance to others to win that event and Vaibhav Suri raced to the finish line to finish first. In the third event it was once again Lalith who beat everyone else and became the champion with one round to spare. Although he is the eighth seed at the SMCA online blitz, there are high chances that Lalith Babu would win this once again. All eyes will be on whether someone can stop him! 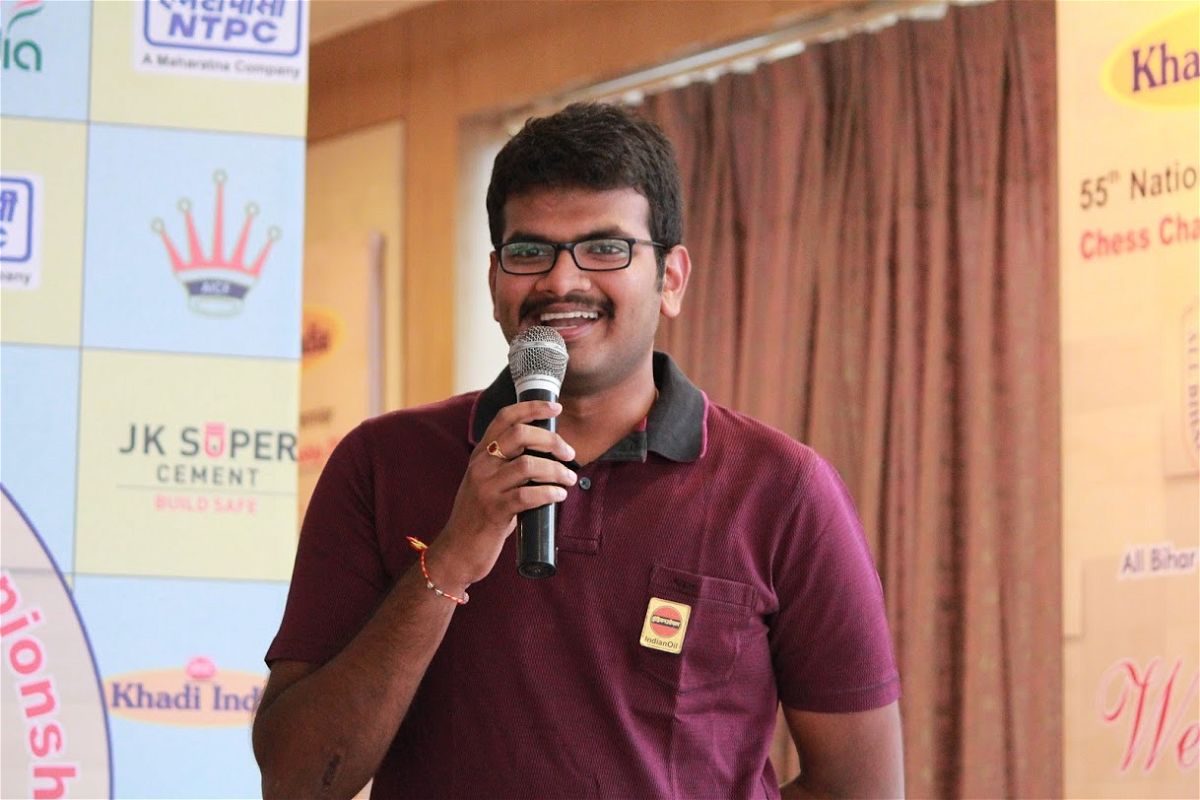 Anji (Lalith Babu) - National Premier Champion and the most accomplished Indian player on the Playchess server!

Apart from all of these top players we also have some blitz specialists like Swayams Mishra (Mr.bh6) and R.R. Laxman (Laxman) who are well known on the Playchess servers as extremely strong players. And not to forget FM Sai Krishna (Pennkrishna) who has always performed well at these online events. But the best part about blitz format is the unpredictability. Just about anyone of the top seeds can win the event!

The tournament will be held on 3rd of December, Sunday at 10 a.m on the Playchess server in the Vishy Anand Arena in the ChessBase India room. 10 rounds of 3' + 1" blitz.

You will never get a chance to play such a strong event! It is highly possible that you might even meet 10 titled players in 10 rounds!

What are they fighting for?

(Introducing for the first time female as well as age category prizes!)

The tournament will be played on 3rd December at 10 a.m. IST. All you have to do is register on the "Payumoney" button given below. Enter your details, pay Rs.500 and get ready for the big day!

We recommend that you be present at the Vishy Anand Arena in the ChessBase India room on Playchess server at 9.30 a.m. IST. And how do you do that? Here's a step by step tutorial:

All the details about the blitz tournament on 3rd December