Abhimanyu Puranik is on the verge of winning 3rd Yerevan Open

GM Abhimanyu Puranik scored a hat-trick by beating the seemingly unstoppable GM Vitaly Sivuk (UKR) in the penultimate round of 3rd Yerevan Open. Both of them were having a huge momentum heading into the clash with championship implications. Abhimanyu has taken a sole lead 7.0/8 for the first time in this event. Narayanan, Sivuk and Arman Mikaelyan (ARM) are the three players at 6.5/8 each. A draw in the final round should secure the championship for Abhimanyu even if all tie-break scores matches with Sivuk, he will be ahead in direct encounter. Abhimanyu will face Narayanan in the final round. Round 9 starts today at 12:30 p.m. IST. Photo: Rupali Mullick

Narayanan poised for a podium finish

GM Karthik Venkataraman is once again having a better second half in this event, much like he had at ChessMood Open. He drew with GM D Gukesh in the penultimate round. IMs P Shyam Nikhil, Bharath Subramaniyam H and WGM Vantika Agrawal drew with GMs Aleksey Goganov (RUS), Paulius Pultinevicius (LTU) and Sandipan Chanda respectively. 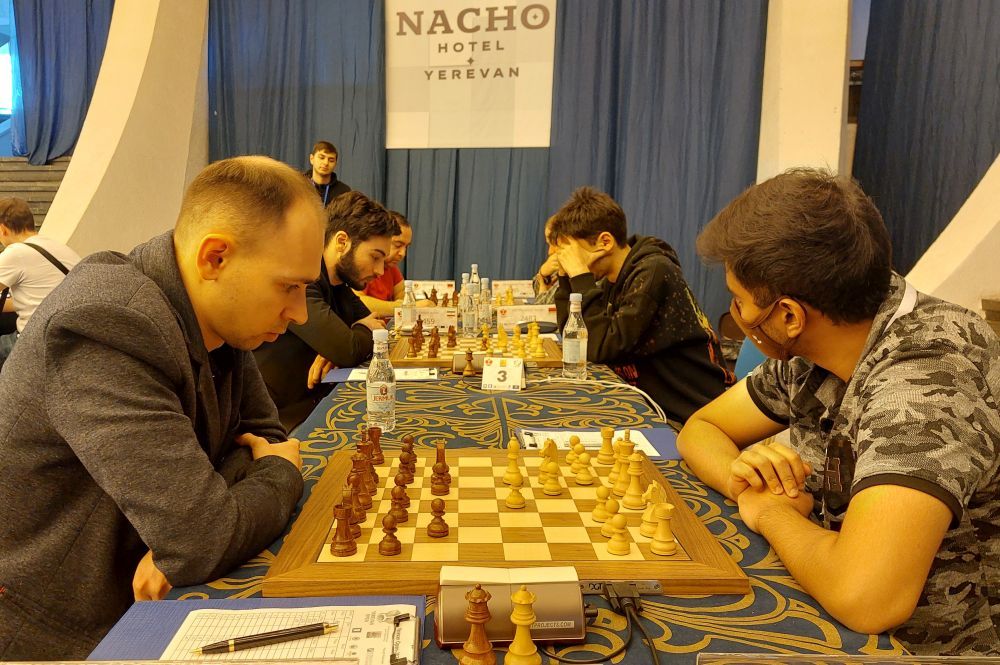 GM Abhimanyu Puranik got a pleasant position out of the opening against GM Vitaly Sivuk (UKR). 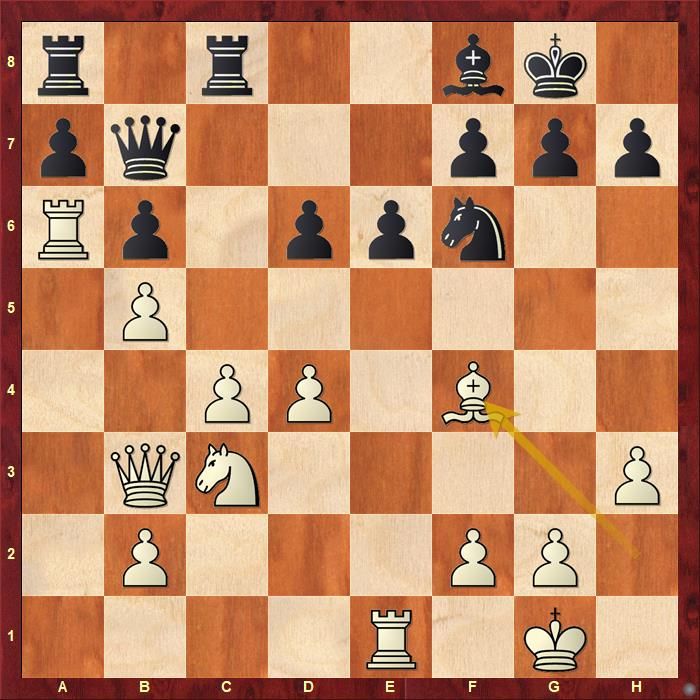 21...d5 22.cxd5 Nxd5 23.Nxd5 exd5 and Black does fine. However, in the game, Black opted for 21...Nd7 22.Qa2 Rc7 23.Ra1 Qc8 24.b3 and slowly Black's position started deteriorating. A series of incorrect decisions gave White the complete positional advantage which resulted in Black resigning in another eight moves.

GM Narayanan S L scored a fine victory over IM David Shahinyan (ARM) after the latter decided to sacrifice an exchange early in the middlegame. 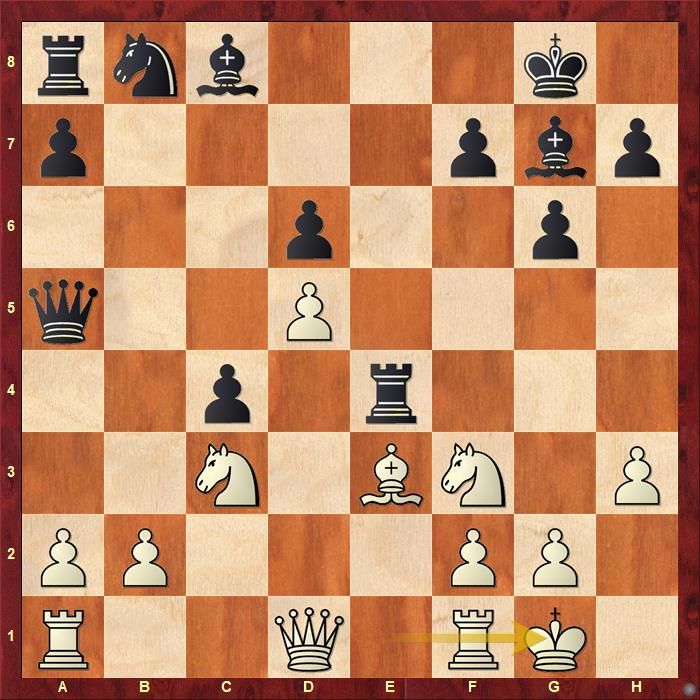 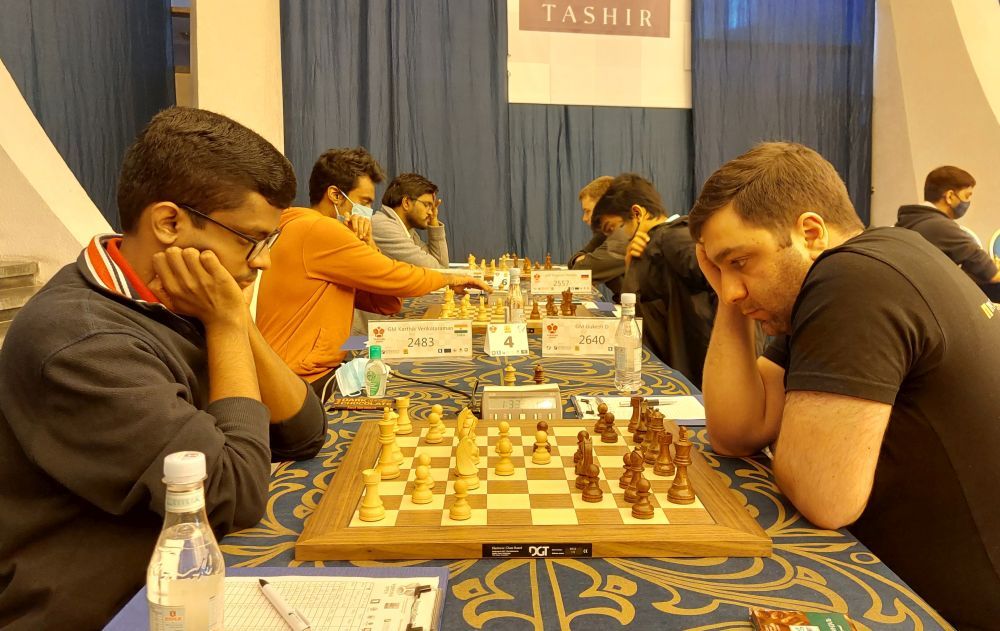 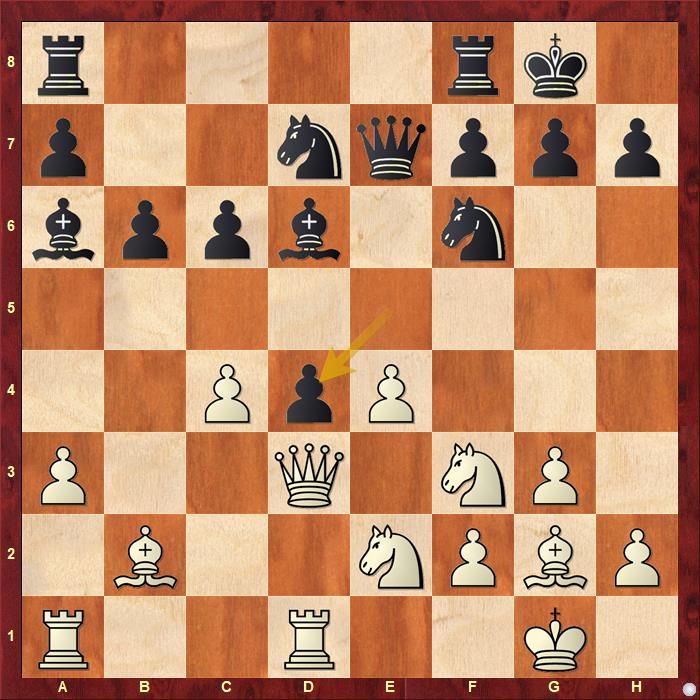 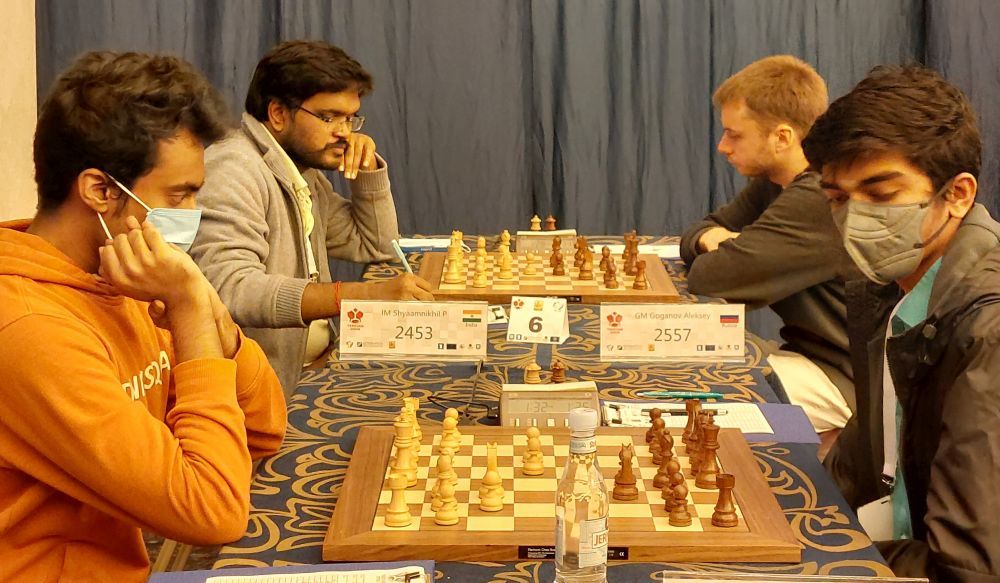 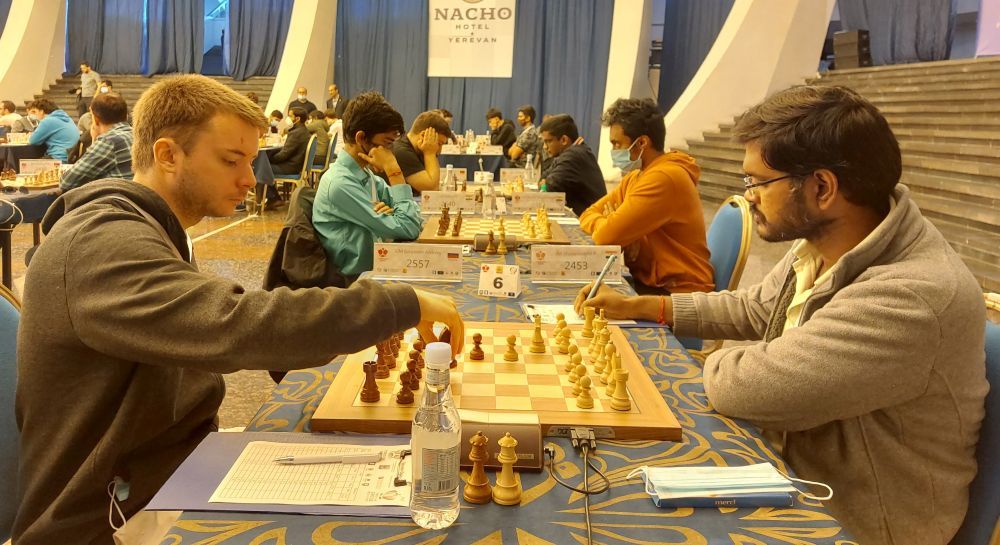 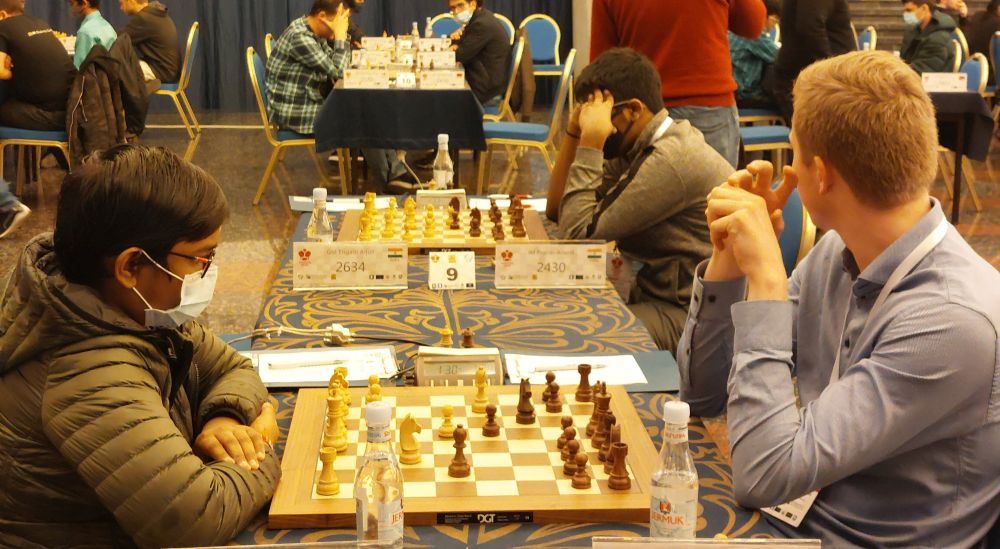 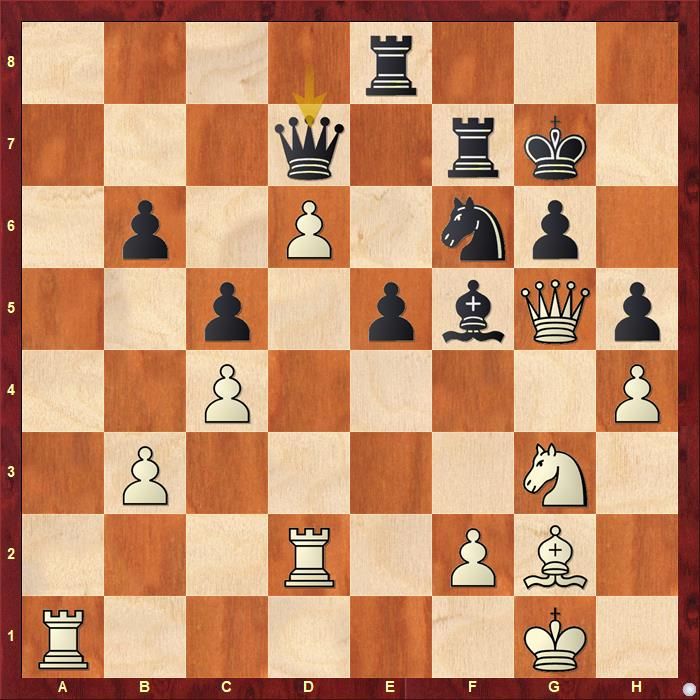 Find out the best continuation for White after 33...Qd7

GM Harsha Bharathakoti scored a comfortable win over FM Arash Daghli (IRI) after the latter made a tactical mistake. 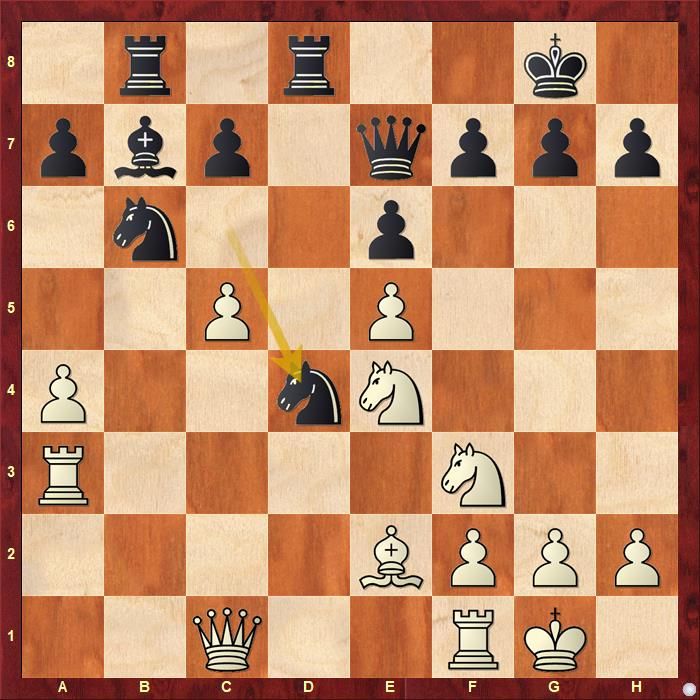 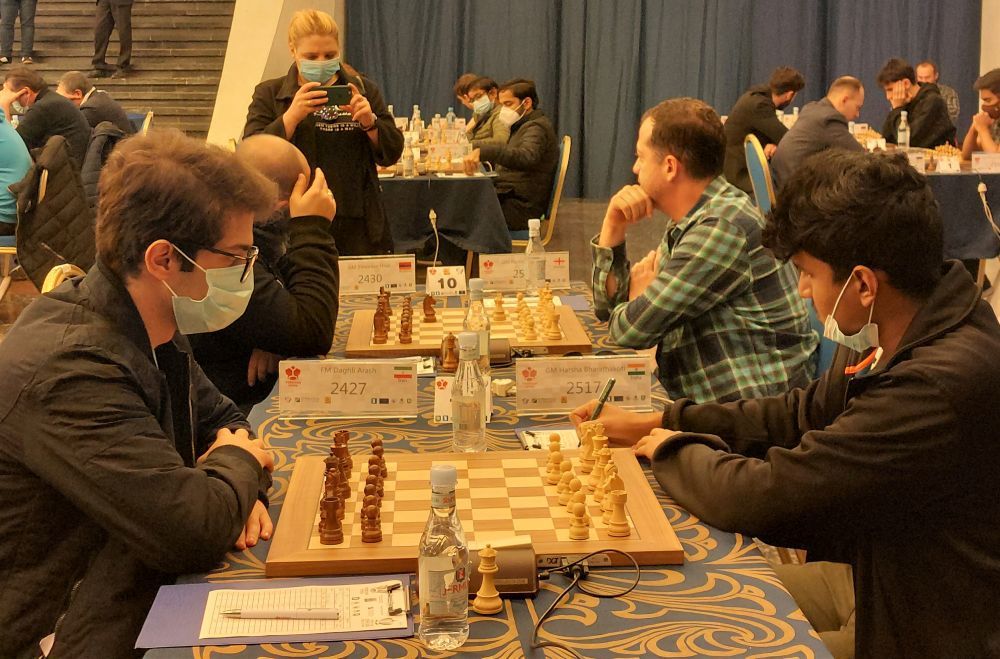 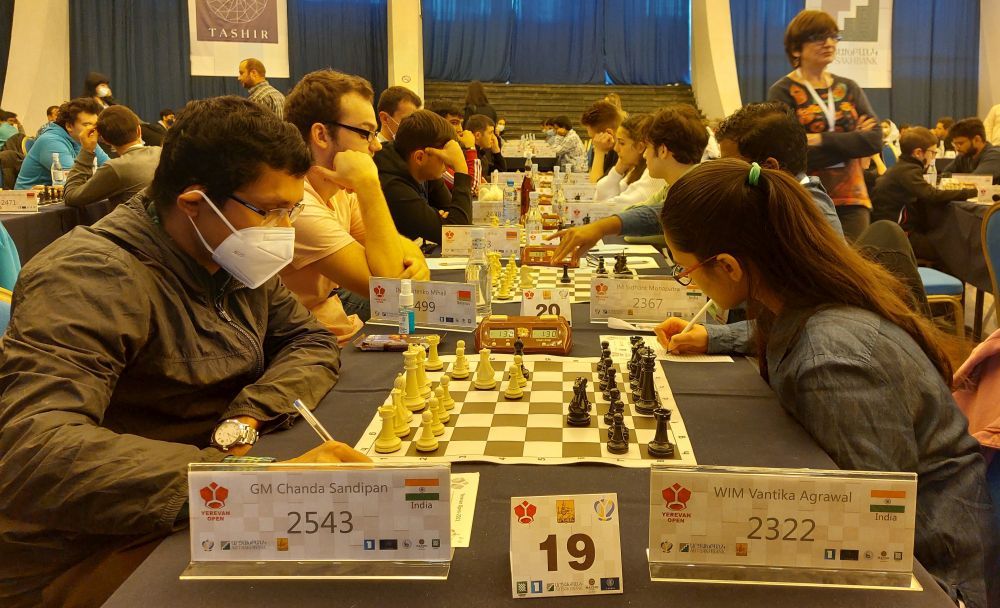 Here are a few interesting finishes of Round 8. 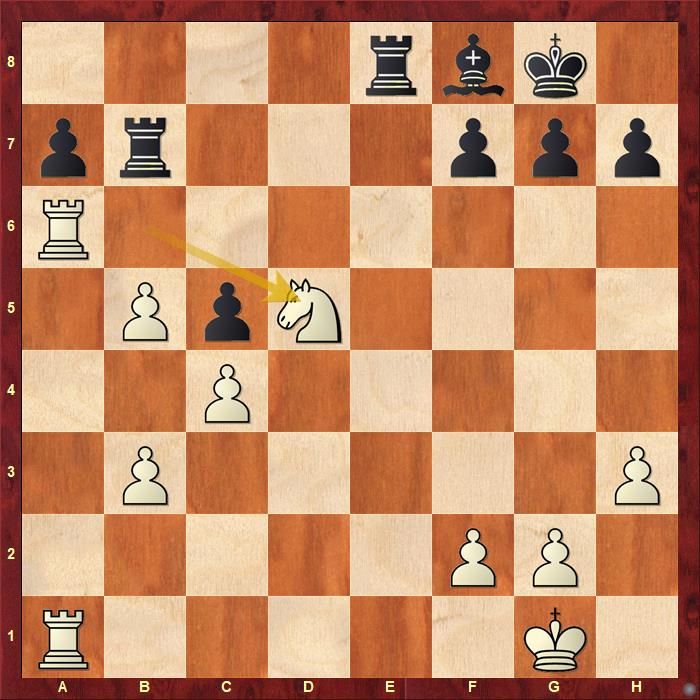 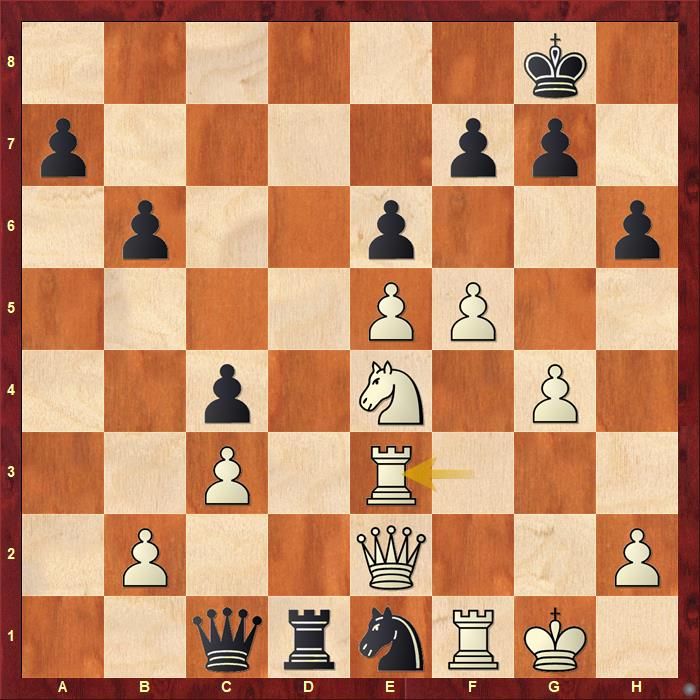