For the first time in West Bengal, State Under 11 Chess Championship became a rated event. Alekhya Mukhopadhyay and Sinthia Sarkar won the championship in open and girls category respectively. Alekhya scored 7.0/8 and Sinthia scored 6.5/7 to win the title. There was a four-way tie in the open category for the champion, but Alekhya became champion in State age group for the very first time due to a better tie-break score. Ayush Bhattacherjee, Rachishnu Datta and Swarnoj Saha Talukdar also finished at 7.0/8 and they secured 2nd, 3rd and 4th position respectively. In the girls category, Sinthia won her third State age group title with a full point difference. She is the Silver medal winner in under-10 girls category in Commonwealth Chess Championships 2017. Photo: Sayan Bose

Alekhya Mukhopadhyay started his final appearance in State under 11 age group championship on 29th March 2018. Previously his highest rank in State Championship was 3rd in under 9 category in 2016. Last year, he finished at 5th position in under 11 category. Going into the tournament as the top seed, he wanted to continue his momentum after winning a state level age group rapid tournament and so he did. 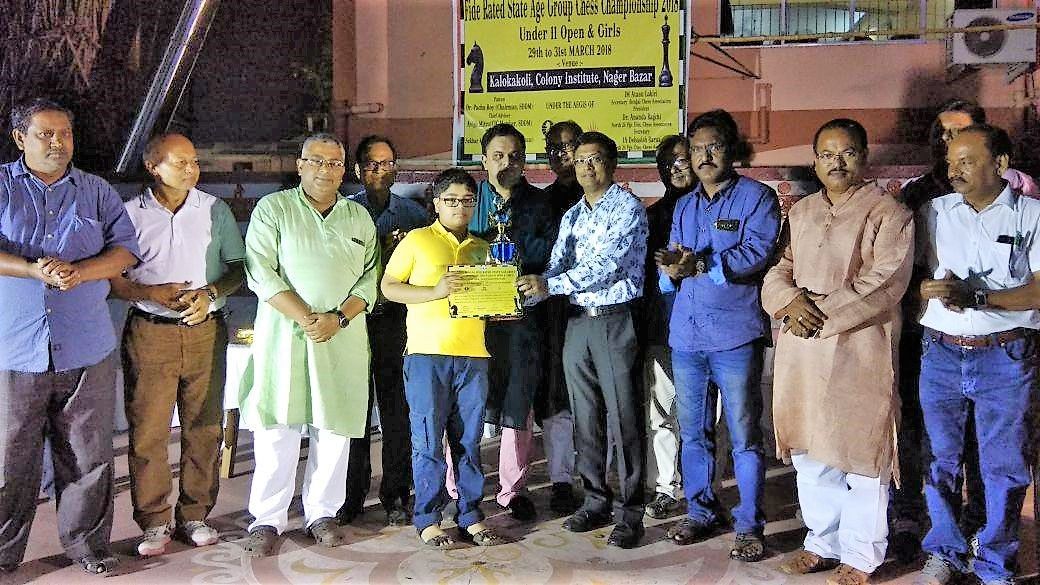 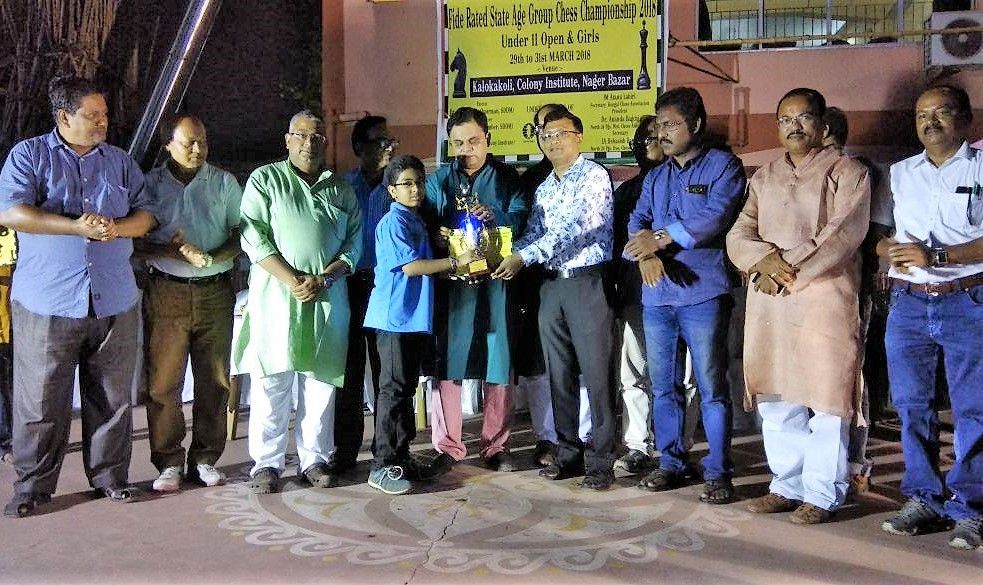 AIM Aayush Bhattacherjee also scored 7.0/8, increased his ELO Rating by 65 points, but due to a lesser tie-break score, he had to settle with first runner-up position | Photo: Sayan Bose 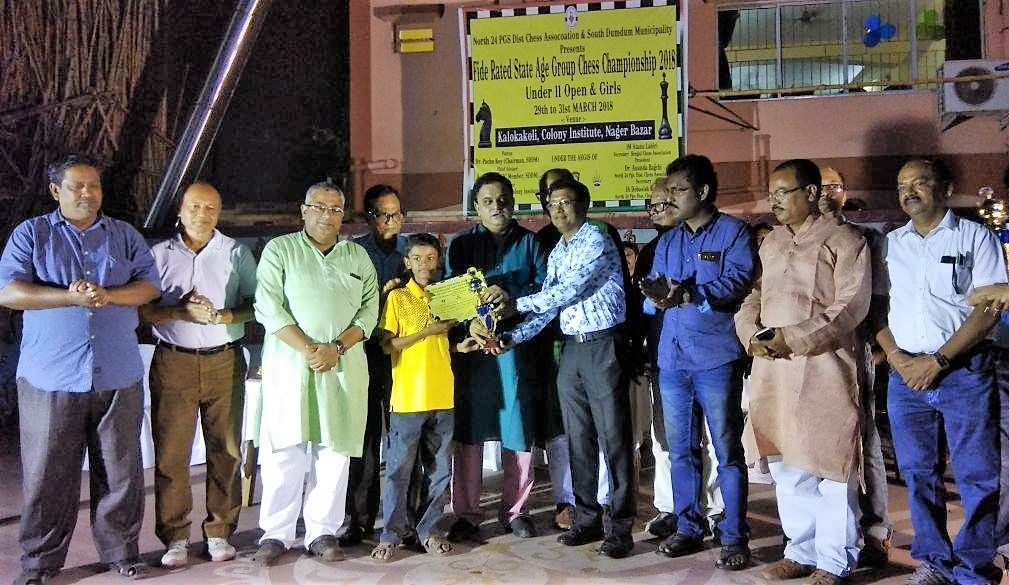 Rachisnu Datta also finished at 7.0/8 and he was placed third | Photo: Sayan Bose 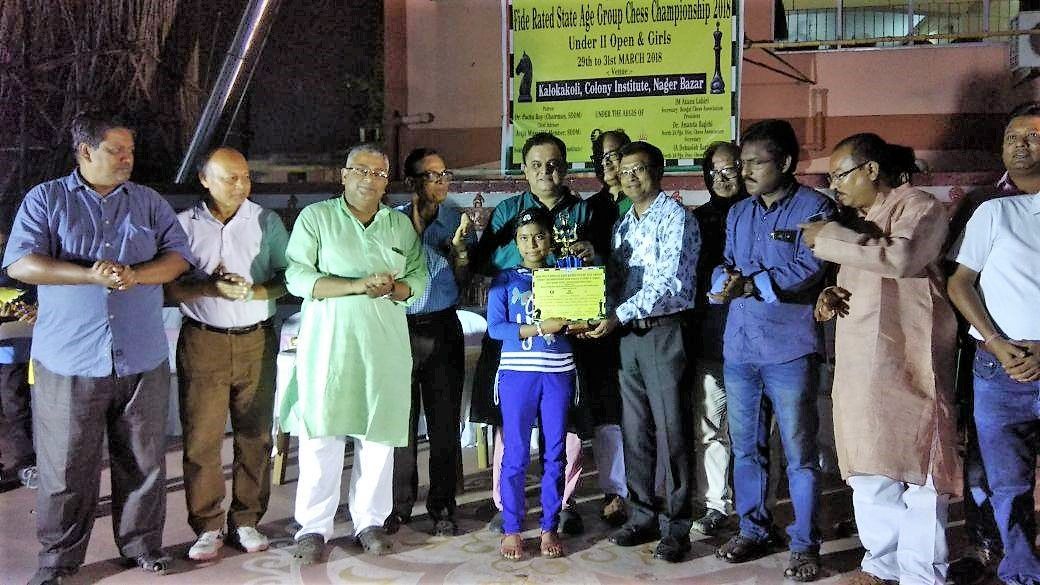 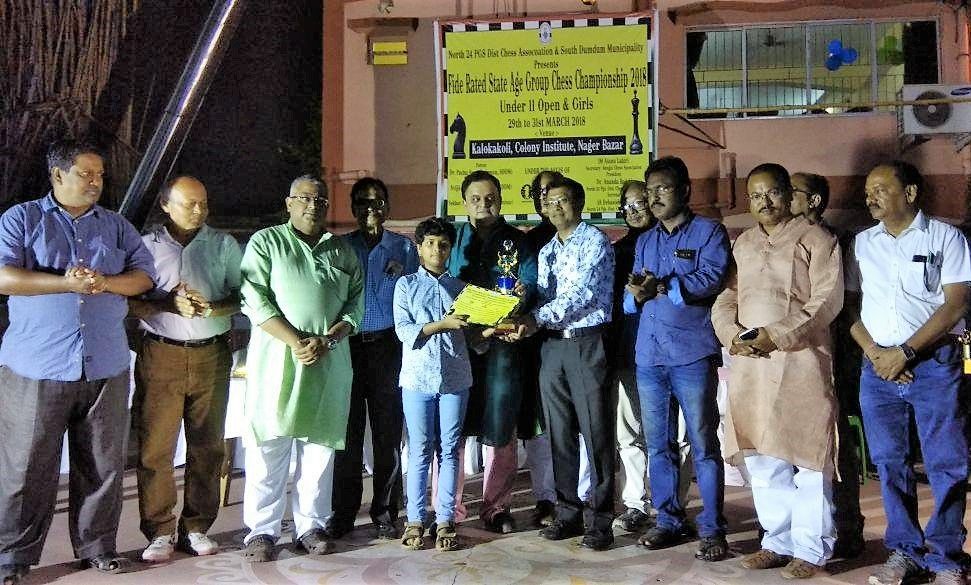 Mrittika Mallick finished at 5.5/7 along with four other players, increased her rating by 38 points. due to a better tie-break score she finished at 2nd position | Photo: Sayan Bose 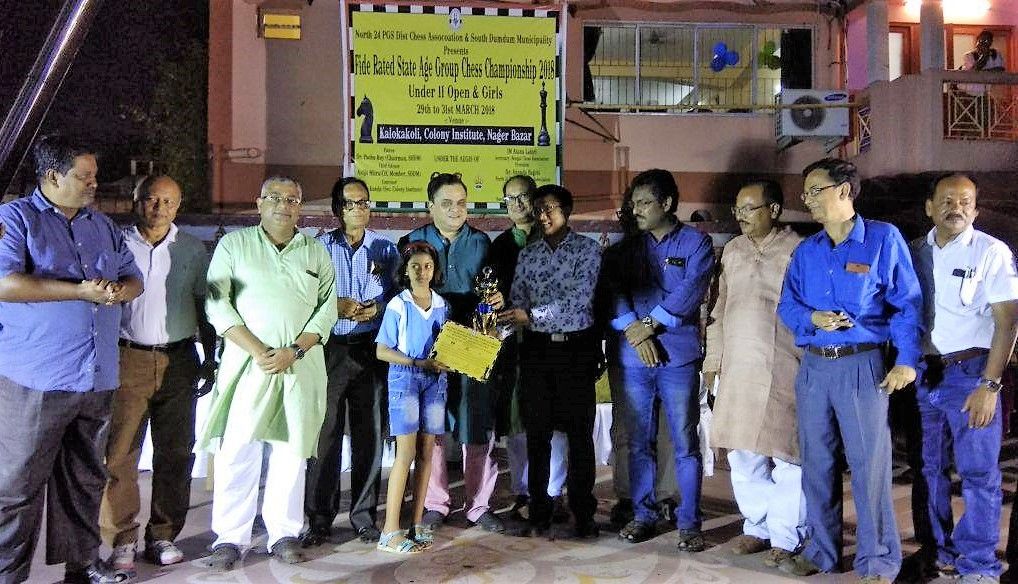 Unrated Ankita Kundu lost to the eventual champion Sinthia in the 2nd round. However she made a comeback and finished at 3rd position with 5.5/7 | Photo: Sayan Bose 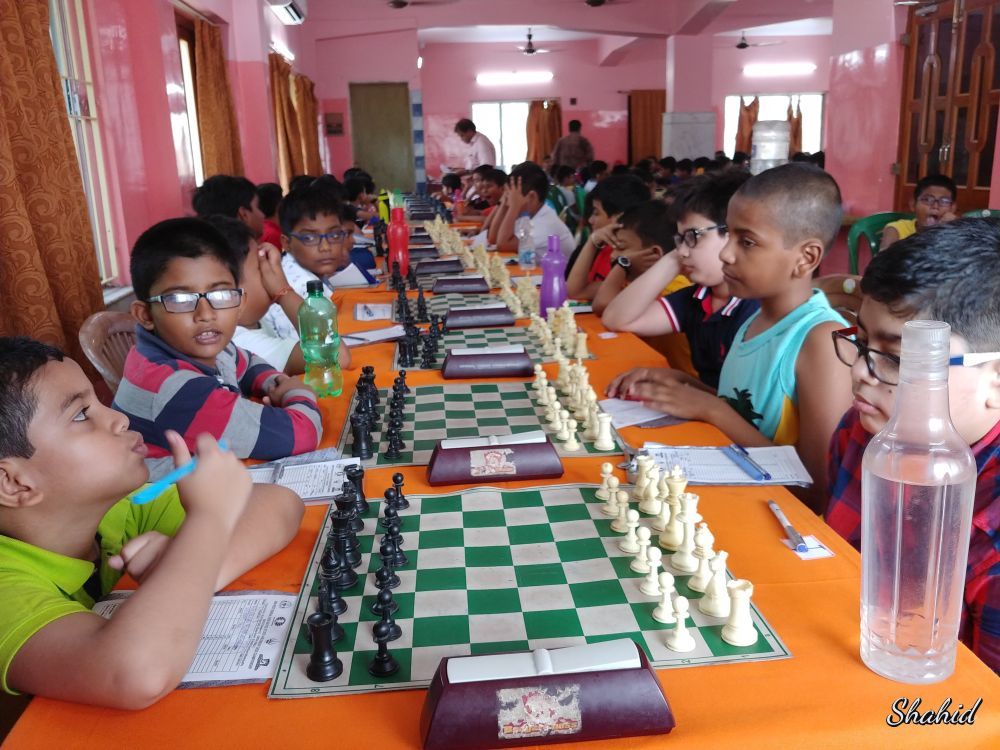 Top boards getting ready for action 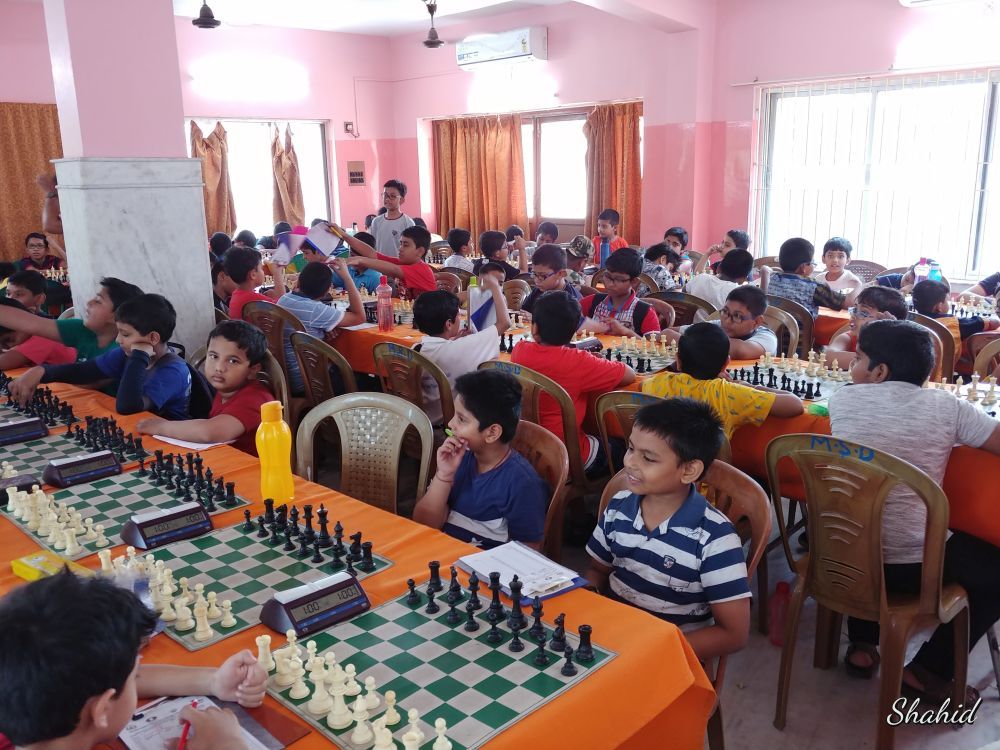 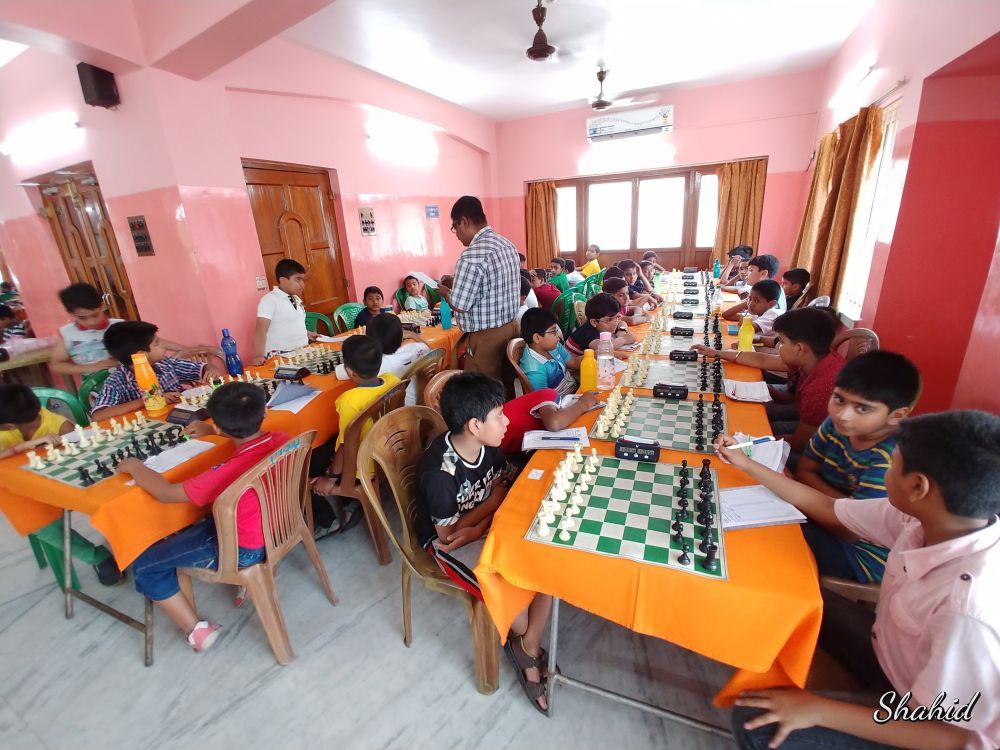 Final Ranking after 8 Rounds of Under 11 Open

Final Ranking after 7 Rounds of Under 11 girls