Indian youngsters coming up with impressive performances in strong international opens abroad is beginning to become a routine in recent times.In Zalakaros, Hungary, it is the turn of IM Aryan Chopra and IM Abhimanyu Puranik. At the end of seven rounds, both of them are placed on 5.0/7 and are just half a point away from making a GM Norm. Srinath Narayanan reports for ChessBase.

The 35th Zalakaros Open takes place in Hotel Karos Spa from 27 May to June 4.  Zalakaros is a beautiful little spa town in the Balaton lake region of Hungary. It is the smallest town in the country with a population of 1791 (quite a contrast for someone like me, as my street back home in Chennai is probably more populated!) and an area of just 17.17 square kilometers.

Indian youngsters coming up with impressive performances in strong international opens abroad is beginning to become a routine in recent times. NR Vignesh and Shardul Gagare set the stage on fire in Qatar Open last year, among several other Indians. In Zalakaros, Hungary, it is the turn of IM Aryan Chopra and IM Abhimanyu Puranik. At the end of seven rounds, both of them are placed on 5.0/7 and are just half a point away from making a GM Norm. 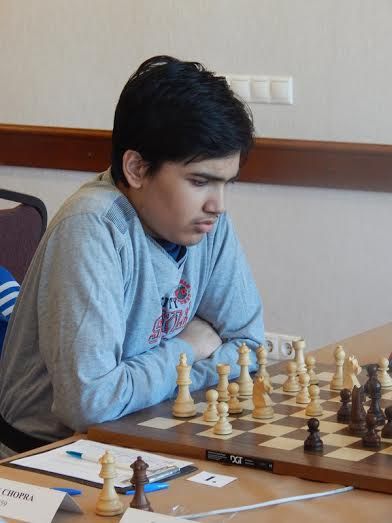 Meanwhile, Abhimanyu has showcased both solidity and resourcefulness.

He held solidly in the games he has drawn so far, while showing his trademark resourcefulness in worse positions to outplay both his more fancied opponents in the 30th-40th move phase.

I’ve to say that, although on the outset the games might hint at some good fortune, these aren’t attributable to ‘coincidence’ or ‘chance’. Abhimanyu’s ability to bounce back from worse positions has been experienced by me extensively from my own personal experience – of the five games(all formats) we’ve faced each other against, he has managed to outplay in the later part of the game in a similar fashion four times! As a result I’ve only one victory against him.

Here is another swindle by him from the fifth round:

A rational person doesn’t believe in coincidences and there is usually a rational explanation to everything. I just have to say – excellent defensive ability, and excellent nerves in critical moments. 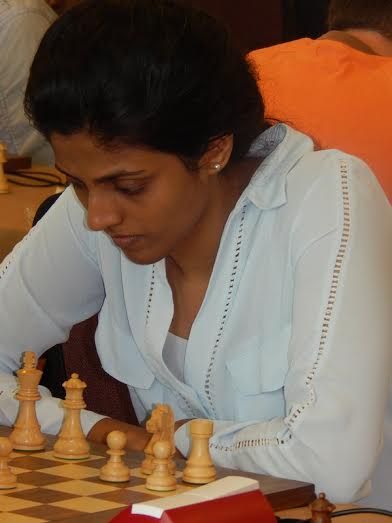 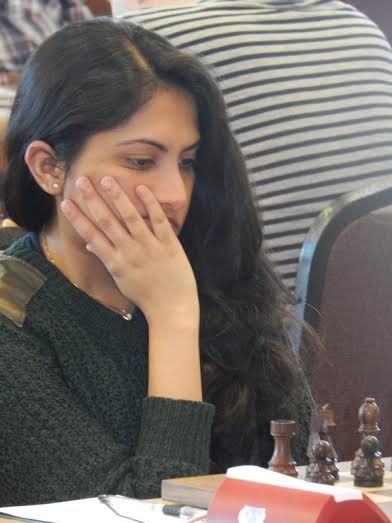 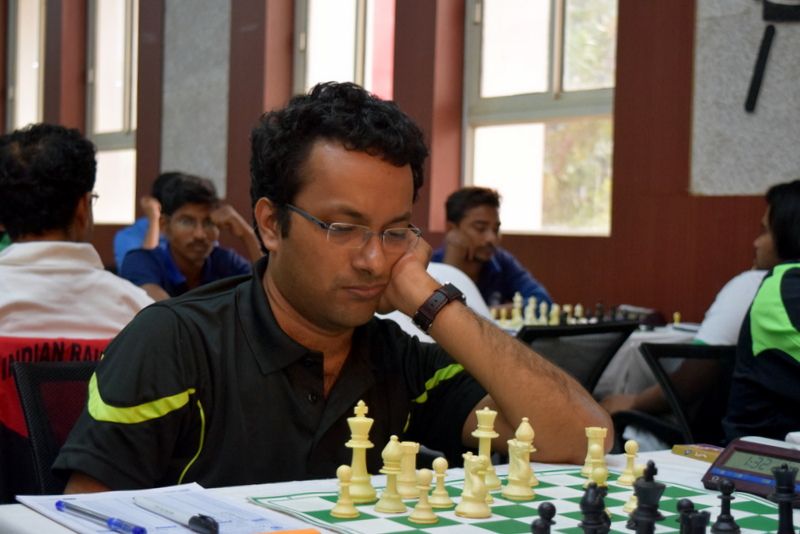 After a 'rough' start, GM Kidambi is beginning to bounce back with 4.0/7. [Photo: Priyadarshan Banjan] 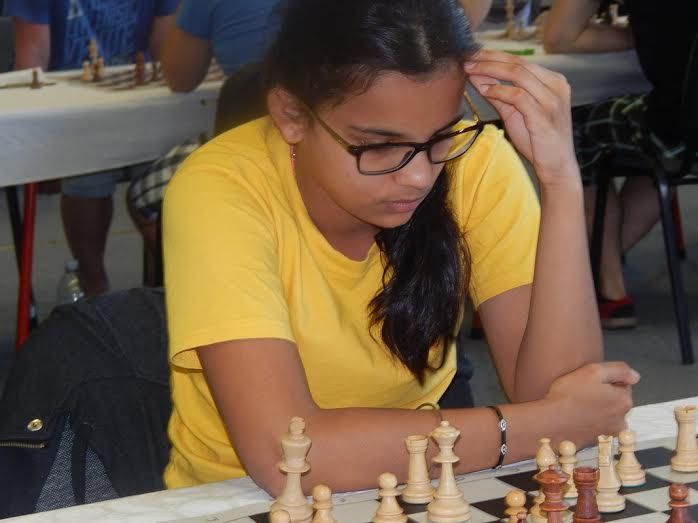 Ananya Gupta in Group B has slowed down a bit with 3.5/7, but still has a creditable performance with a  gain of 64 elo.

In most cases, what we do at the end is what remains the most fresh in mind and creates the biggest impact – for example, IM Abhimanyu’s play in the final parts of the game superseded the parts that occurred before. With that in mind, I sign off by wishing good luck to all the fourteen Indians including myself out here and look forward to reporting about some good finishes!

Indian Pairings for Round 08:

IM Srinath Narayanan is a Chennai-based International Master. He is a former World U-12 champion, three-time Asian Junior Champion, and finished seventh in the World Junior Championship 2014. He is a keen observer, voracious reader, a patient teacher, and an imaginative writer. Naturally, he brings a unique blend in his chess reports that focuses on the tournaments, games, and interesting happenings.