20-year-old Russian GM Urii Eliseev died after he jumped off his apartment balcony while attempting a stunt on the 12th floor of a building in Moscow. With a rating of 2614, he was ranked 212 in the world and 42 in Russia. He was the 2016 Moscow Open champion. We have a brief report. 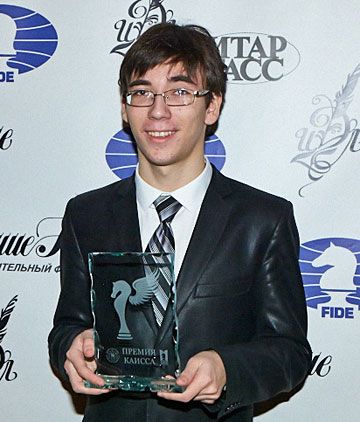 20-year-old Russian GM Urii Eliseev died after he fell from his apartment balcony on the 12th floor of a building in Moscow. The incident reportedly took place on 26 November, Saturday, at 23.30 when Eliseev was relaxing with his friends. Reports are that some members of the group may have been in an inebriated state.

Eliseev, who was fond of heights and 'parkour' decided to jump from the apartment balcony to the balcony in the next apartment. Unfortunately, he failed. 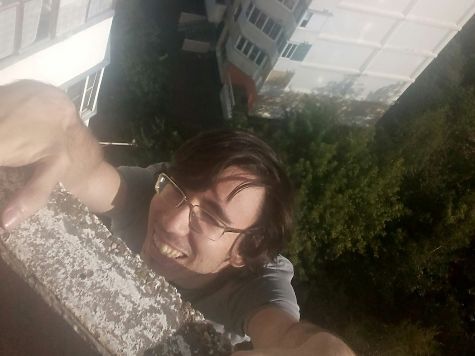 Eliseev hit the first-floor balcony and stair railing and landed on the asphalt near the utility room. He died before reaching the hospital of multiple injuries. 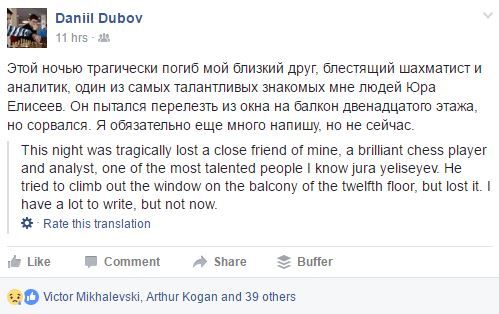 Eliseev won both the games he played in the Moscow Team Championship this month. He had a stable performance at the strong Chigorin Memorial 2016 in October. Earlier this year, he had won the strong Moscow Open 2016.

ChessBase India expresses condolences to the friends and family of GM Urii Eliseev.