Xtracon Chess Open is one of Denmark's largest, strongest and most exciting chess tournament with as many as 9 different events going along side by side. This year was no different as more than 2000 games were played in this 9 days event which started from 21-07-2018 and lasted till 29-07-2018. Towards the end there was a lot of fight and drama over the board and finally two players tied for the first place spot with 8.5/10 points each, Dmitry Andreikin of Russia and Hammer Jon Ludvig of Norway, with slightly better tie-break score the title went to the later. Below is a report of this exciting tourney.

Earlier known as the Politiken Cup, Xtracon Open got its new name from the Danish IT company which is also their sponsor. This year it was the 34th edition of Xtracon Open which was held from 21-29 July 2018. Till the last round there were 5 players leading the tournament. Playing on the top board Russians Andreikin quickly won after a nice combination against GM Aryan Tari, who actually was his first GM opponent is this event. While GM Rasmus Svane was able to draw a rook endgame on board 3 against GM Ivan Saric, IM Vincent Keymer lost on board 2 in a rook ending against GM Jon Ludvig Hammer who eventually became the winner of the event. 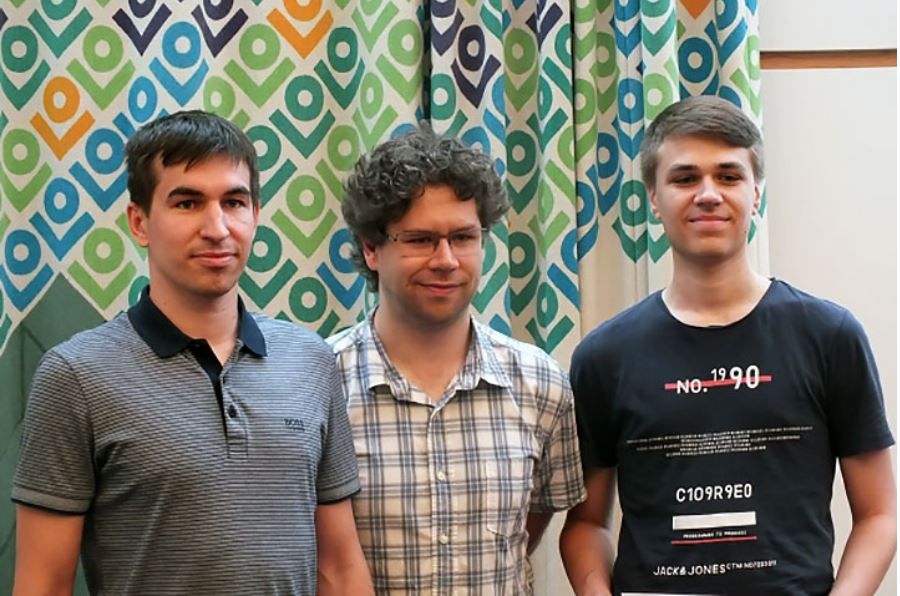 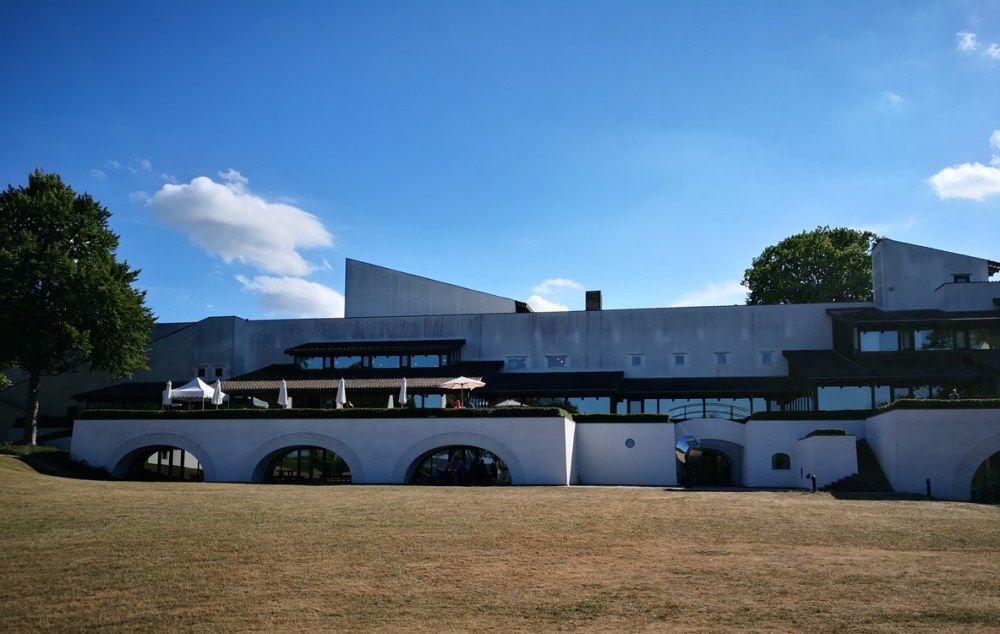 For several years, the venue for the event has been the cultural and congress centre "Konventum" | Photo: Gerd Densing 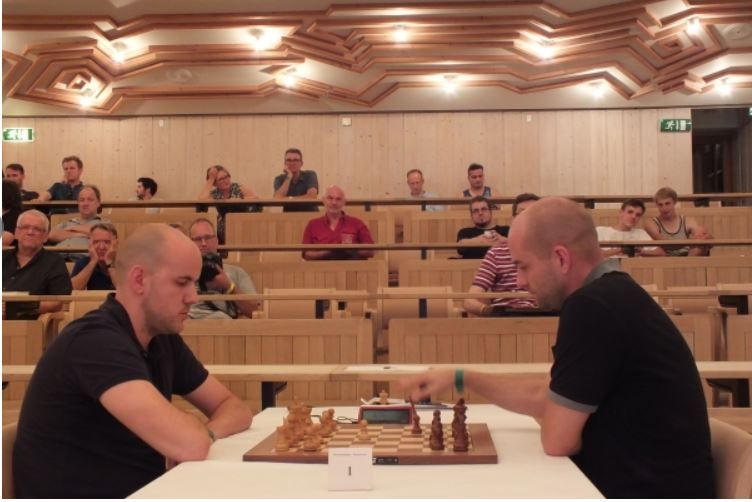 When you play against someone who resembles your looks to a great extend! Remember the famous photo by David ?| Photo: Xtracon 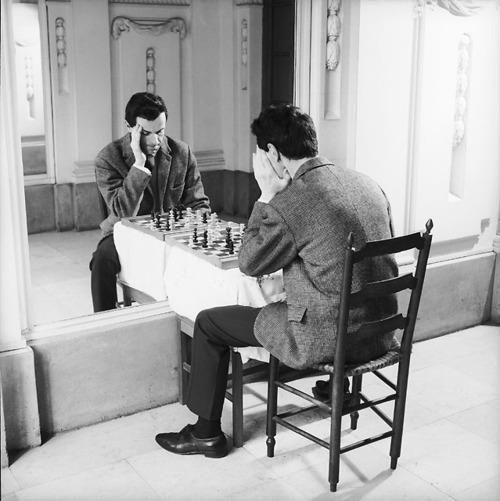 " If you play against yourself you will never be beaten" | Photo: David

The second strongest category was the 2301-2400 and it was won by IM Prantik Roy of India who scored 7.0/10 points to clinch the title. It turned out to be a memorable tournament for Prantik who gave a strong performance and added 30 rating points. Below is a beautiful game played by Prantik in the 8th round against the legend Alexei Shirov! 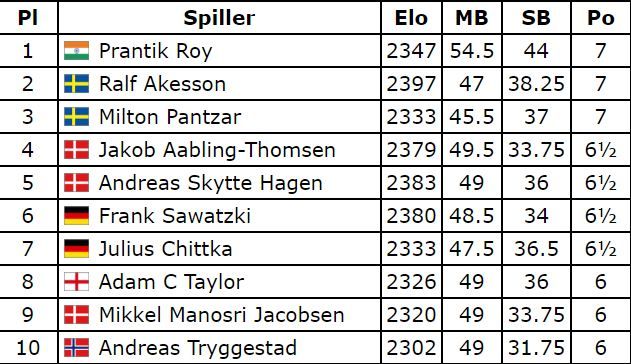 There was one more guy from Thoothukudi, Tamil Nadu who played well and also received the best game prize in round 9! Vedant Kumar Saravana is an 11 year old boy who shifted to Denmark 9 months ago from Johannesburg, South Africa. His father works in TCS so his family had to move there and now Saravana's goal is to become a Grand Master!

Here is the prize winning game played by Vedant for which he won a Quality Chess Book! Vedant also finished 2nd in the below 1700 category. 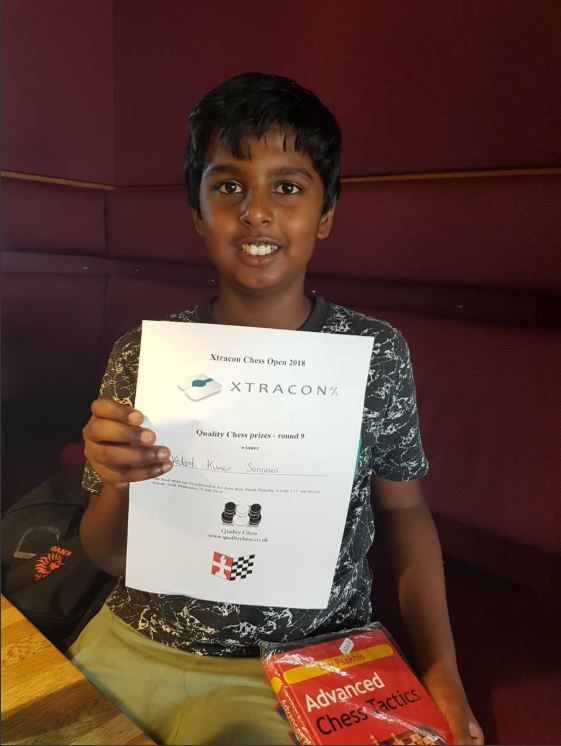 A perfect book for the little master who won a beautiful game with beautiful tactics! | Photo: Bala Vidya Saravana 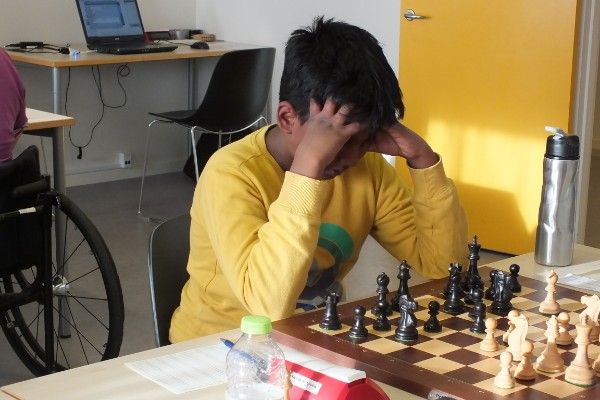 We hope to see Vedant climbing up the ladder and produce more tactical games in the coming days | Photo: Bala Vidya Saravana 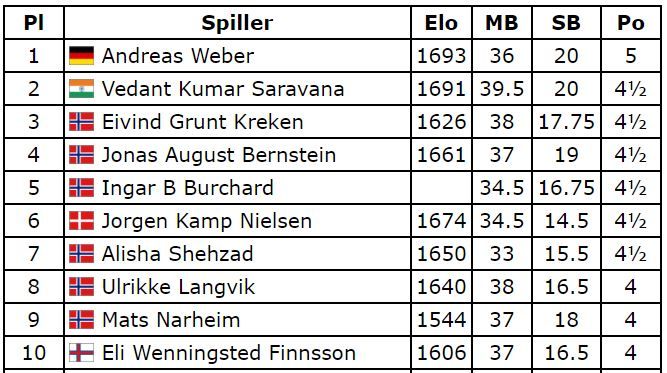 The next edition starts from 20th to 28th of July 2019 at Konventum,Denmark!