Sethuraman was the last Indian standing at the World Cup 2015. After he lost the first round against Mamedyarov he was surely under a lot of pressure. In the second game of the match, the Indian tried his best to put maximum pressure on his opponent, but Mamedyarov did not flinch, held on and made a draw to advance to the fourth round.

The back was against the wall and there was very little space to fight. The opponent was strong and the chances of survival looked bleak. Yet, a victory today would mean another day of survival in the capital of Azerbaijan. That was the story for Sethuraman as he sat down for his second game against Mamedyarov trailing 1-0 in the match.

The Indian player opened the game with 1.c4, the English Opening. Usually when you wish to outplay a strong opponent it makes sense not to get into a theoretical dispute. If you do play some theoretical line (like the Najdorf or the Ruy Lopez or King's Indian) which is well prepared by your opponent then you sometimes end with a draw or dead equality without even having used your mind to think. In such scenarios the English is a good opening because it allows for a slow and strategical struggle with chances for both sides to go wrong.

But Mamedyarov is an experienced campaigner. He was in no mood for playing any sharp lines and chose the Korchnoi Variation in the Four Knights English. The move 4...Nd4 was discovered by the great Viktor Korchnoi who successfully employed it in 1972 against Averbakh, Smejkal, Tal and Uhlmann with the black pieces and obtained a draw in each of these games. Ever since, this is known as an extremely solid weapon for Black. 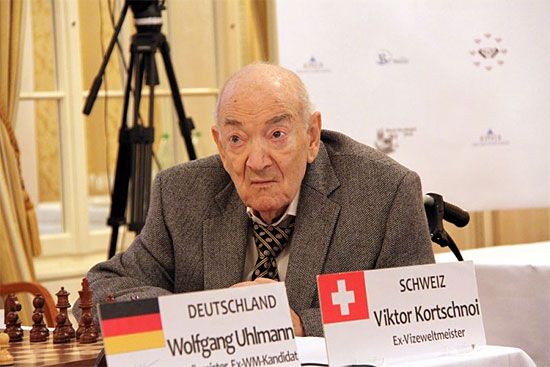 Even at the age of 83 years Korchnoi played a match against Uhlmann!

Sethuraman got absolutely nothing from the opening as Mamedyarov equalised with ease. In order to complicate the matters, Sethu sacrificed a pawn. This was a very good practical idea as the Azeri player began to falter a bit. Soon Sethuraman was pressing with a small edge. But such advantages are fun to play if nothing is at stake. If you are in a must win situation, they more often than not peter out into equality.

Mamedyarov took care that he did not let Sethuraman's advantage go out of control and made sure all the details were worked out. In the final position where a draw was agreed Black might well have been better, but the half-point was enough to qualify to the round of 16 and hence Shakhriyar didn't try any harder. 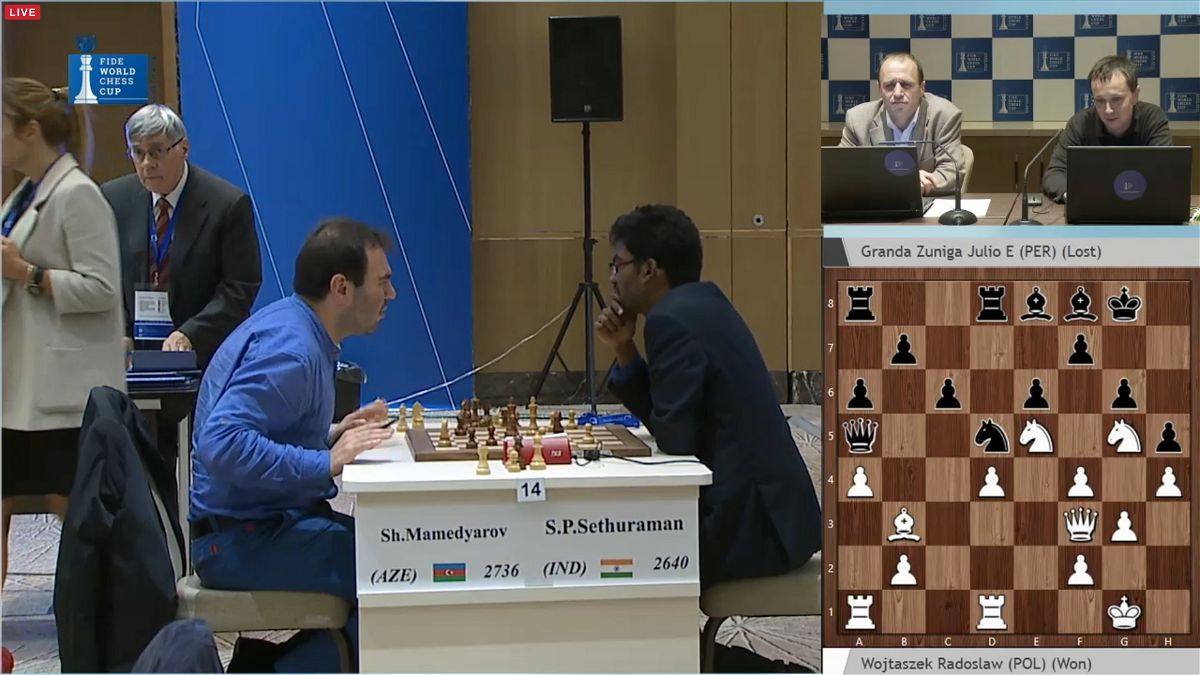 Thus, Sethuraman lost the match with a score of 0.5-1.5 and his campaign at the World Cup 2015 came to an end. But how valiantly he fought! We have to give a huge round of applause to this 22-year-old youngster for the high quality of chess that he displayed in the World Cup 2015. If World Cup 2013 belonged to Adhiban, this one surely goes to Sethuraman.

Just imagine how confident he must have felt after beating the talented Russian Sanan Sjugirov 2-0 and Harikrishna 1.5-0.5. This confidence will come to great use when Sethuraman takes on new challenges in the recent future. And don't be surprised if he crosses the 2700 Elo mark within a year. It's the logical progression for this lad who has a very bright future ahead.

There are no more Indians to follow now in the World Cup 2015, but the tournament remains as interesting as ever. Tomorrow in tiebreaks witness the ex-World Champion Vladimir Kramnik take on the very strong rapid and blitz player Dmitry Andreikin. Two of the worlds fatest players Nakamura and Nepomniachtchi meet each other in what will be a fight unto death! And who will win in the extremely balanced match between Svidler and Radjabov.