When a top player gets a position that he likes it is very difficult to stop him. This is something that Sethuraman experienced in his first game of the round three at the World Cup 2015 against Shakhriyar Mamedyarov. The Azeri player struck the first blow and now leads the two game match with a score of 1-0. 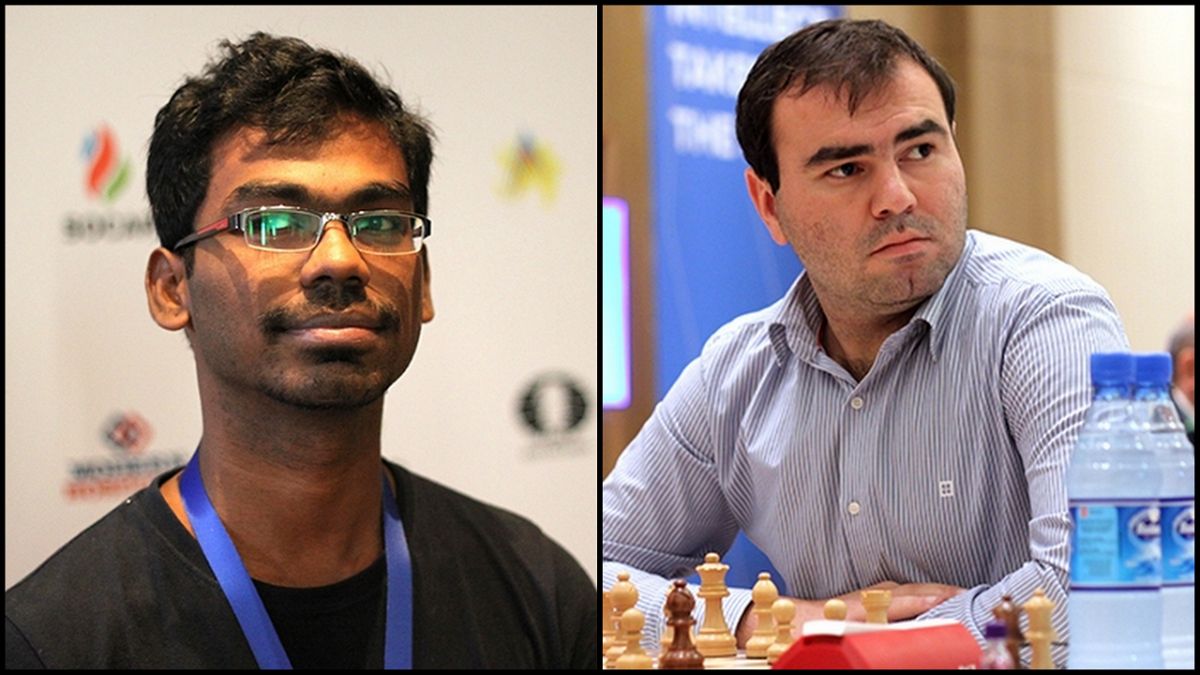 To give a top player a position that he doesn't like in chess is a tough task, and it becomes extremely difficult when that top guy has the white pieces. In the first game of the match between Mamedyarov and Sethuraman, the Azeri player opened with 1.c4.

Sethuraman had done his homework and decided that the most solid response here would be 1...c6. It looked like we would be in for a slow Slav like structure, when Mamedyarov completely changed the entire speed of the game with 2.e4!? From the English we had suddenly shifted into the sharp Panov-Botvinnik of the Caro Kann Defence.

Usually a good idea against Mamedyarov would be to keep as many pawns as possible on the board. More the pawns, more closed is the position. Now this might look like a big generalisation but just have a look at his games and you will realize that an open position is something which Shakhriyar simply loves! In an open position his rooks suddenly swing and lift themselves, the knights start galloping like anything and the bishops begin to shoot on the long open diagonals! Co-incidence? Not at all. It is a fine feel for the dynamics hidden in any given position. 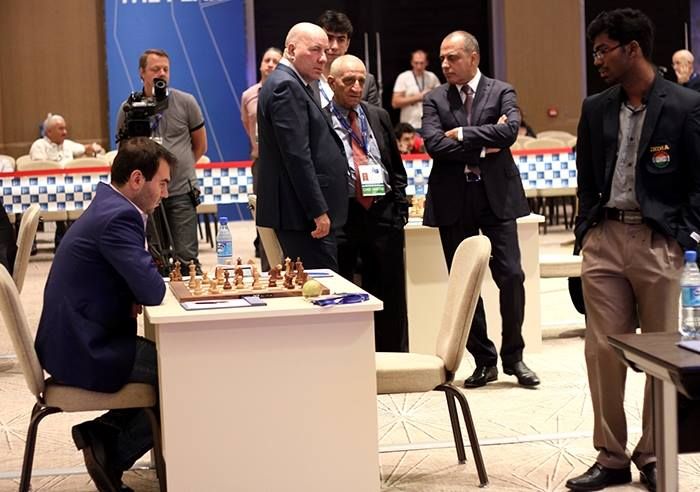 Sethu tried to see his position from different angles, but it seemed pretty grim!

When Sethuraman exchanged the queens and won a central pawn (which is theory), it seemed like he had absolutely no danger in the position. But out of nowhere, Mamedyarov launched an attack with his rooks and minor pieces on Sethu's uncastled king. After thinking for just six minutes, he sacrificed an exchange- a rook for Sethuraman's bishop. This was exactly all that the Chennai lad would have wanted to avoid at the start of the game but once Mamedyarov's initiative built up it was like facing an unstoppable force.

Many times later in the game it seemed like the Indian player could eke out a draw with some staunch defence but there was no clear way in sight and Mamedyarov always kept posing one problem after another. Under such pressure it is highly possible that even the best of defenders crack. Sethuraman blundered a piece and lost the game.

Thus Sethuraman lost his first game of the entire event and now trails by a full point in this two-game match. He is in a must win situation tomorrow. He has the white pieces and will go all out for his opponent's throat. Knowing the kind of fighter that Sethu is I am sure he will come out all guns blazing.

The odds are stacked against Sethuraman but the wise words of Kramnik before his 2000 match against Kasparov come to our mind: " I knew that my chances were more than zero, and that was enough for me to start working hard."

The second game begins on the 18th of September at 15.30 hours. Do not miss live action.