Soumya Swaminathan leads the National Women Premier after six rounds with a score of 5.0/6. She is followed closely by Swati Ghate and Padmini Rout who are on 4.5/6 and Pratyusha Bodda on four points. Especially worrying is the form of Tania Sachdev who is only on 2.0/6. The participants recieved a fine boost as the Governor of Bengal visited the venue. With five rounds to go this is shaping up to be an exciting contest. We have some nice pictures as well as analysis from the event.

We are past the half way stage at the 42nd Women's Premier tournament taking place in Kolkata from the 12th-24th November 2015. Six rounds have been completed out of the stipulated eleven and we finally have a sole leader - WGM Soumya Swamninathan. 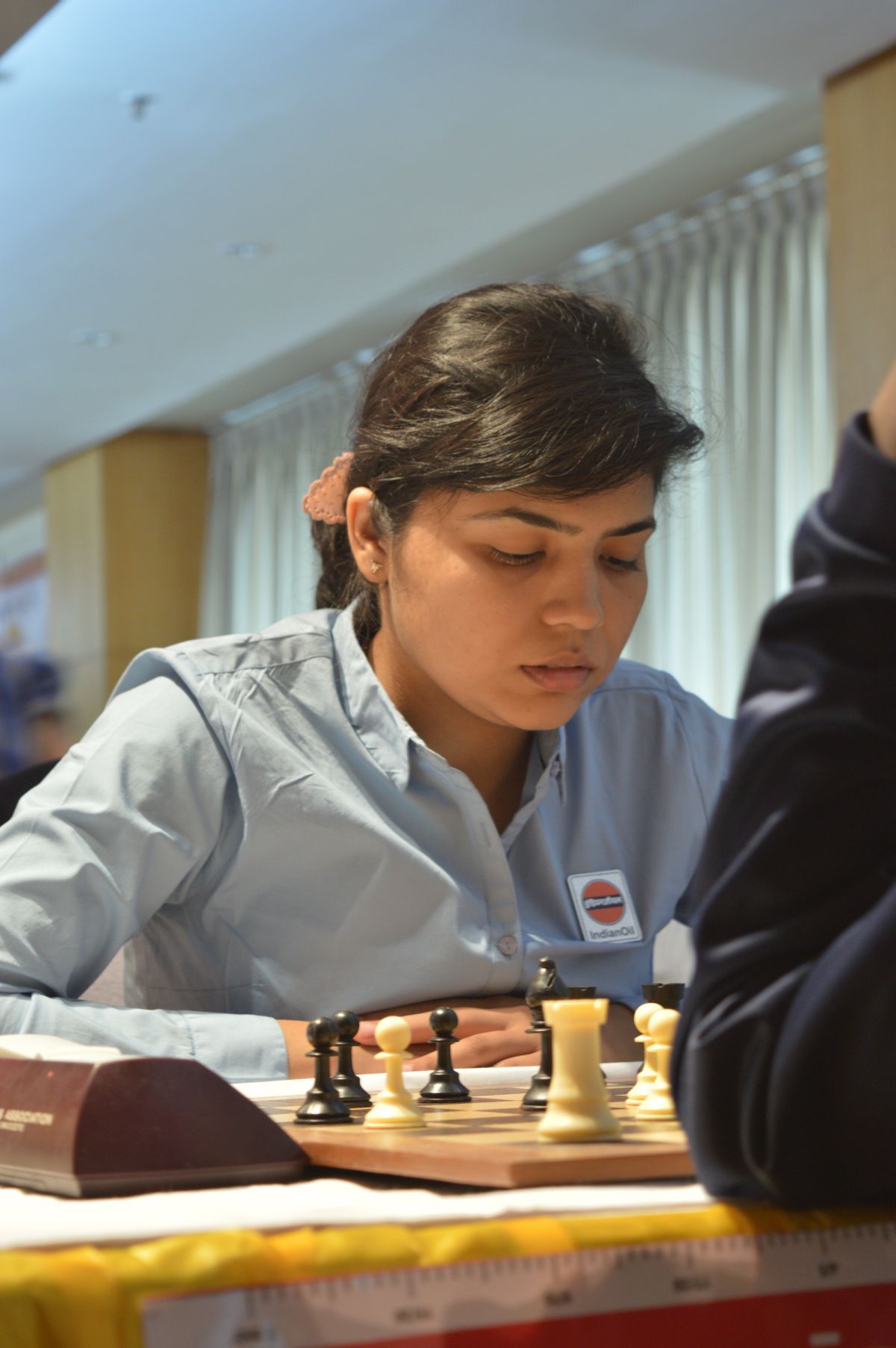 Soumya has been playing a great tournament. She has drawn her games with Tania Sachdev and Pratyusha Bodda and beaten strong players like R.Vaishali and Bhakti Kulkarni
In the fourth round Soumya played an excellent positional game against Bhakti Kulkarni. The game started as a French Defence and Bhakti started making a few passive moves. Before she could even know it, her position was completely over-run by the white pieces. Look at the position below just to get an idea of how dominant White was.
Soumya Swaminathan - Bhakti Kulkarni, round four 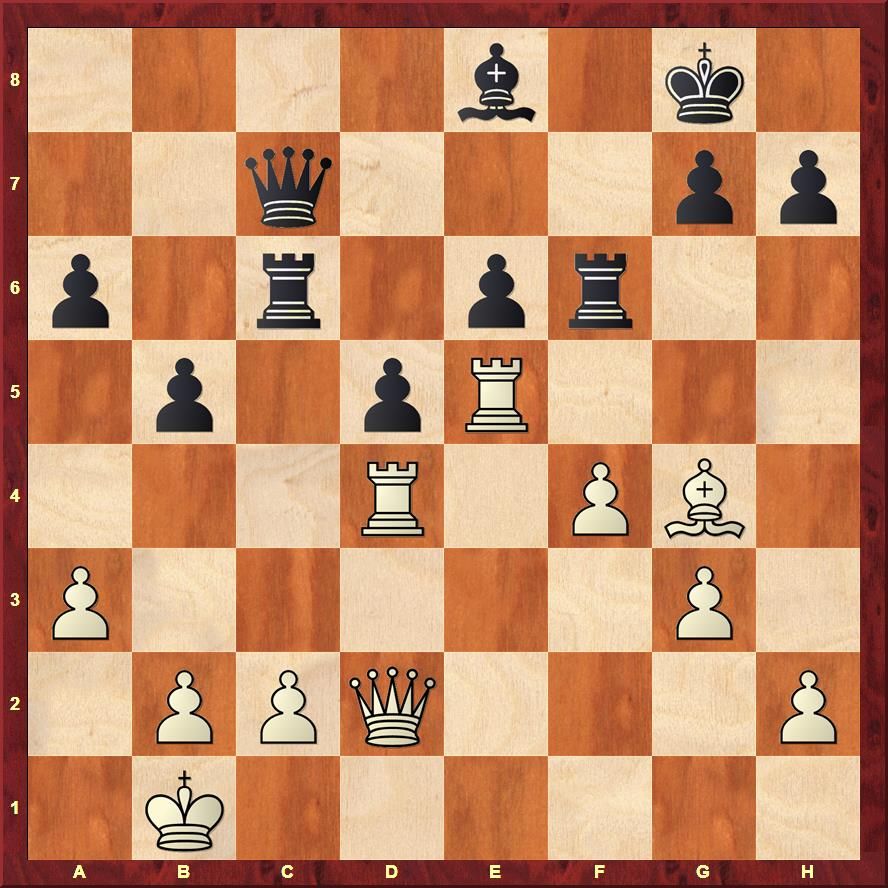 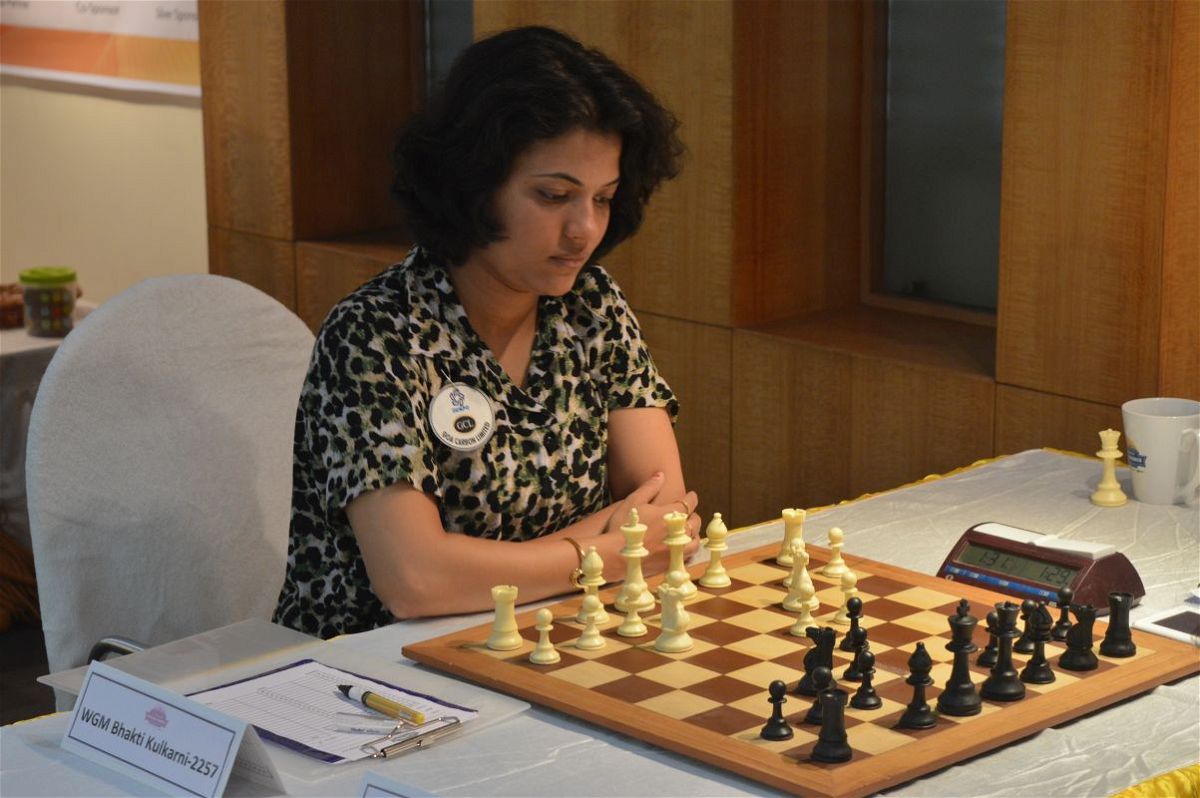 It was as if the loss to Soumya spurred on Bhakti. She was reeling at 1.5/4 but in rounds five and six she beat Swati Ghate and Tania Sachdev respectively!
Bhakti against Swati reached a very interesting hanging pawns situation out of the opening. The girl from Goa very systematically built pressure on the black pawns on c5 and d5. But as we all know Swati well, she was ready for a counter attack!
Bhakti Kulkarni - Swati Ghate, Round five 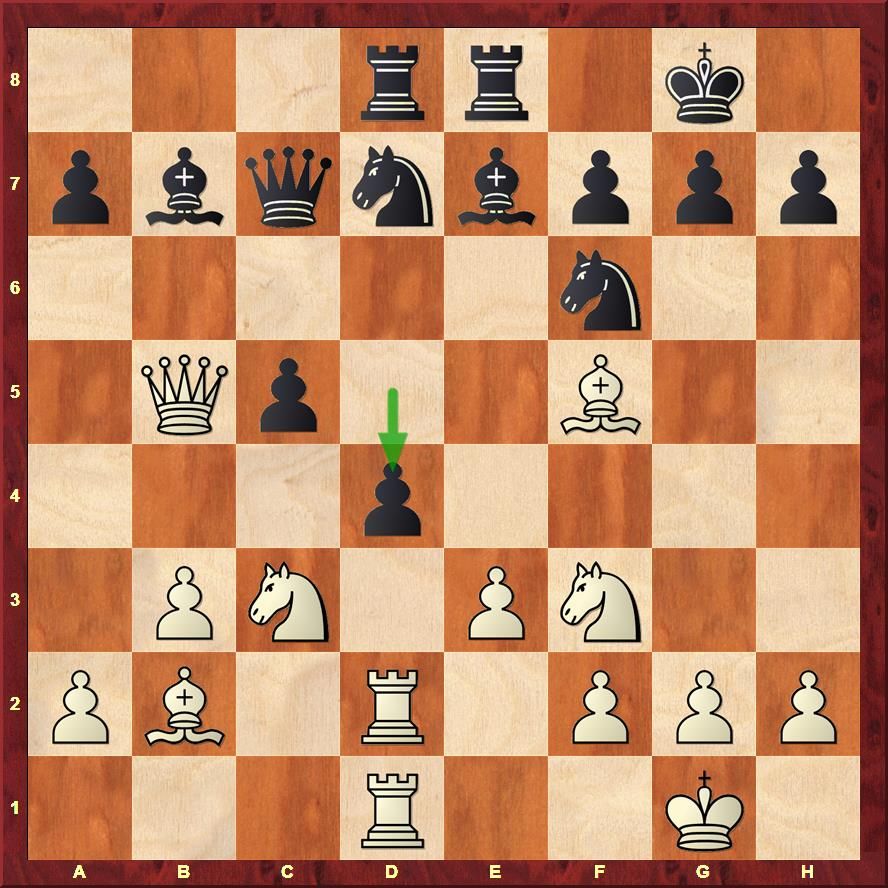 With the move d5-d4 the position was thrown wide open. Bxf3 would ruin White's kingside structure and Black would get a strong attack. This is exactly what happened and we reach a critical position after a few moves. 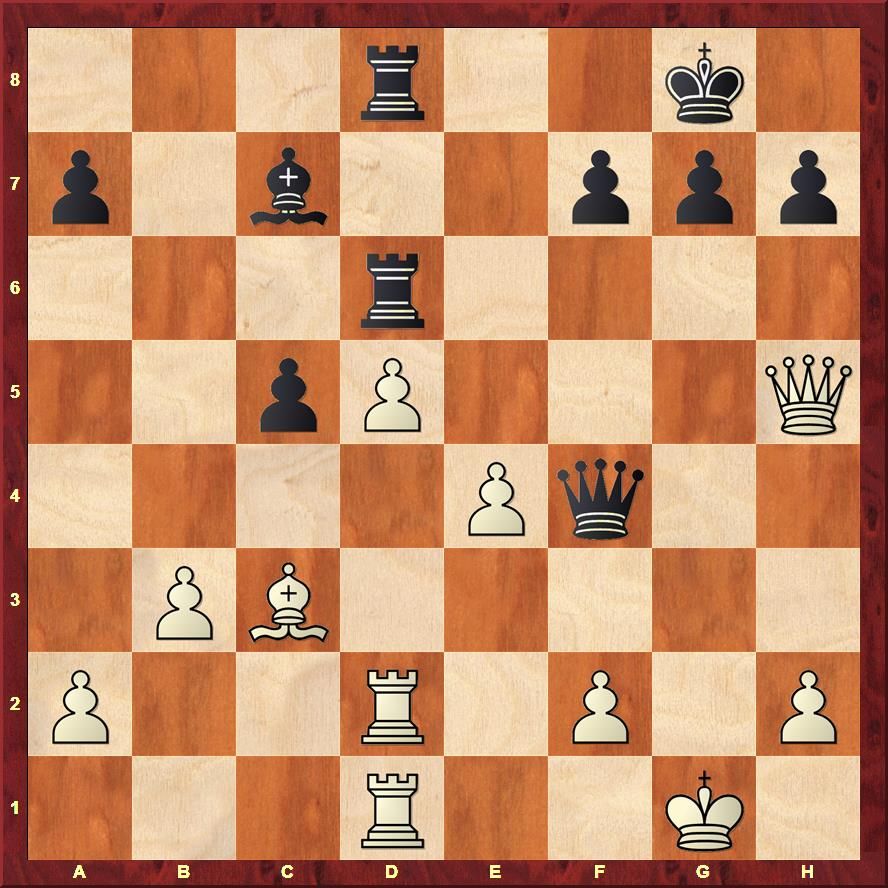 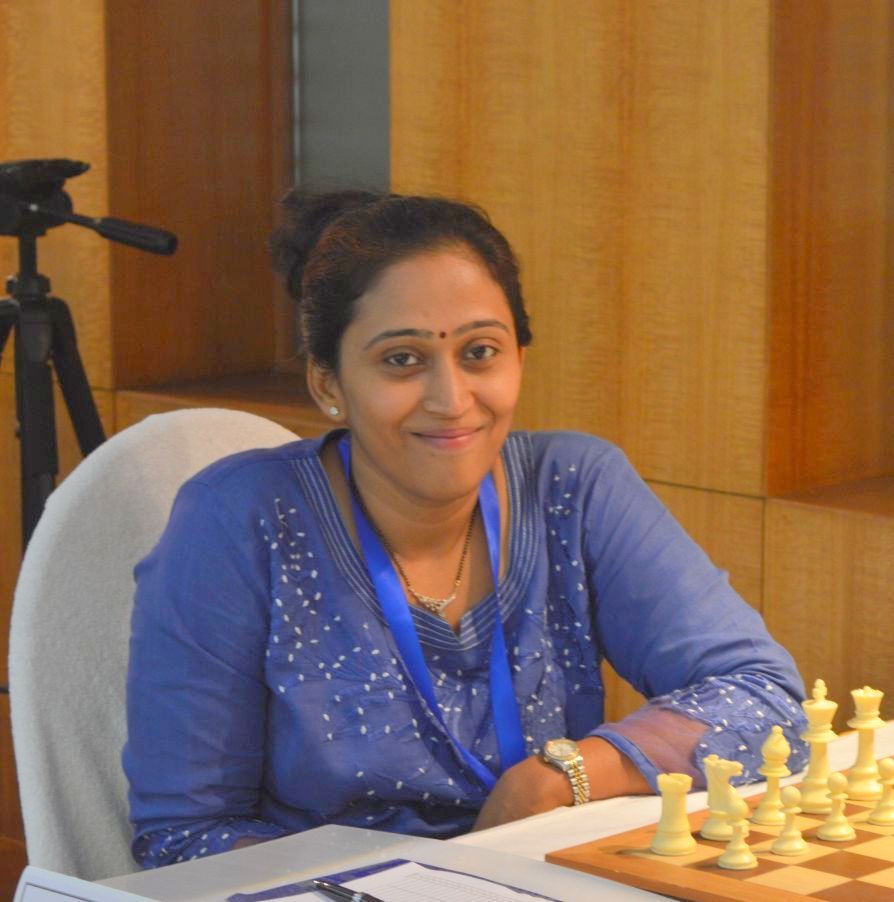 Swati came back after her loss against Bhakti to beat Pratyusha Bodda. She is currently on 4.5/6 and in the second position 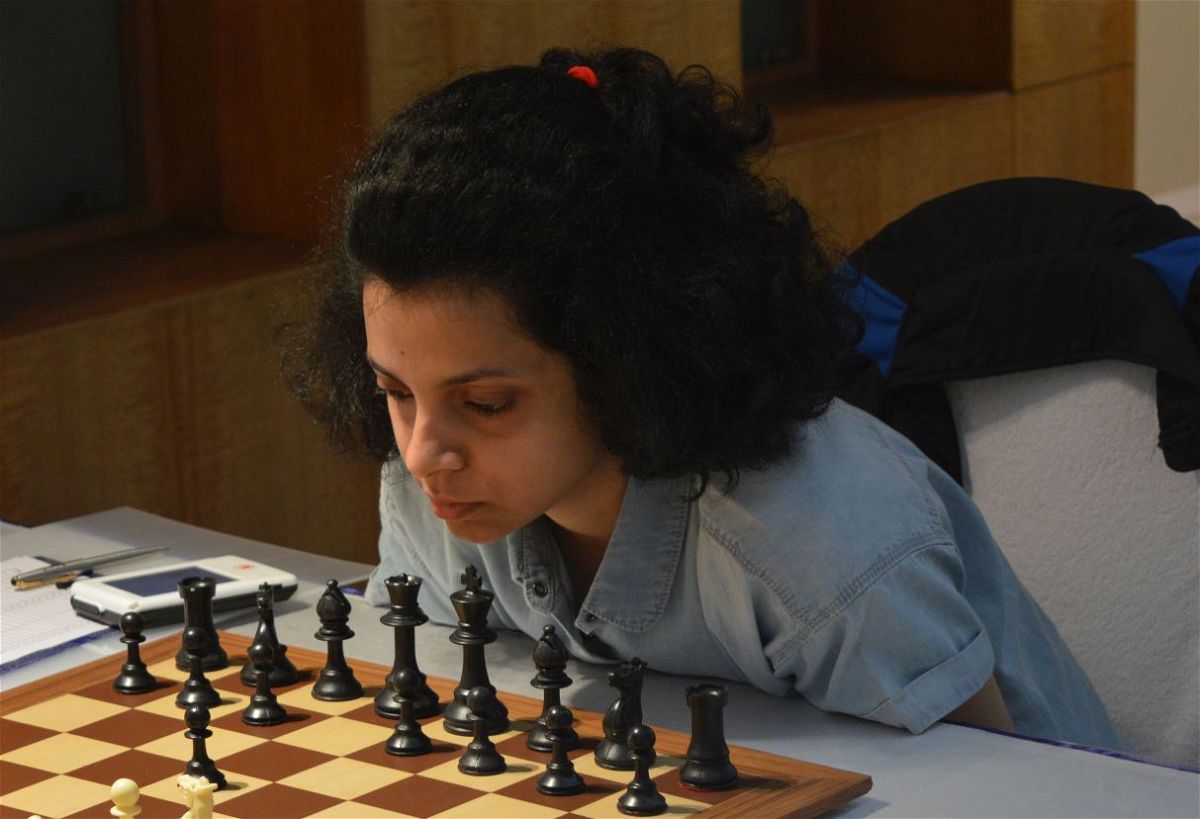 After her loss in the third round, Padmini has made a comeback with three wins and is currently on 4.5/6 and in the joint second position 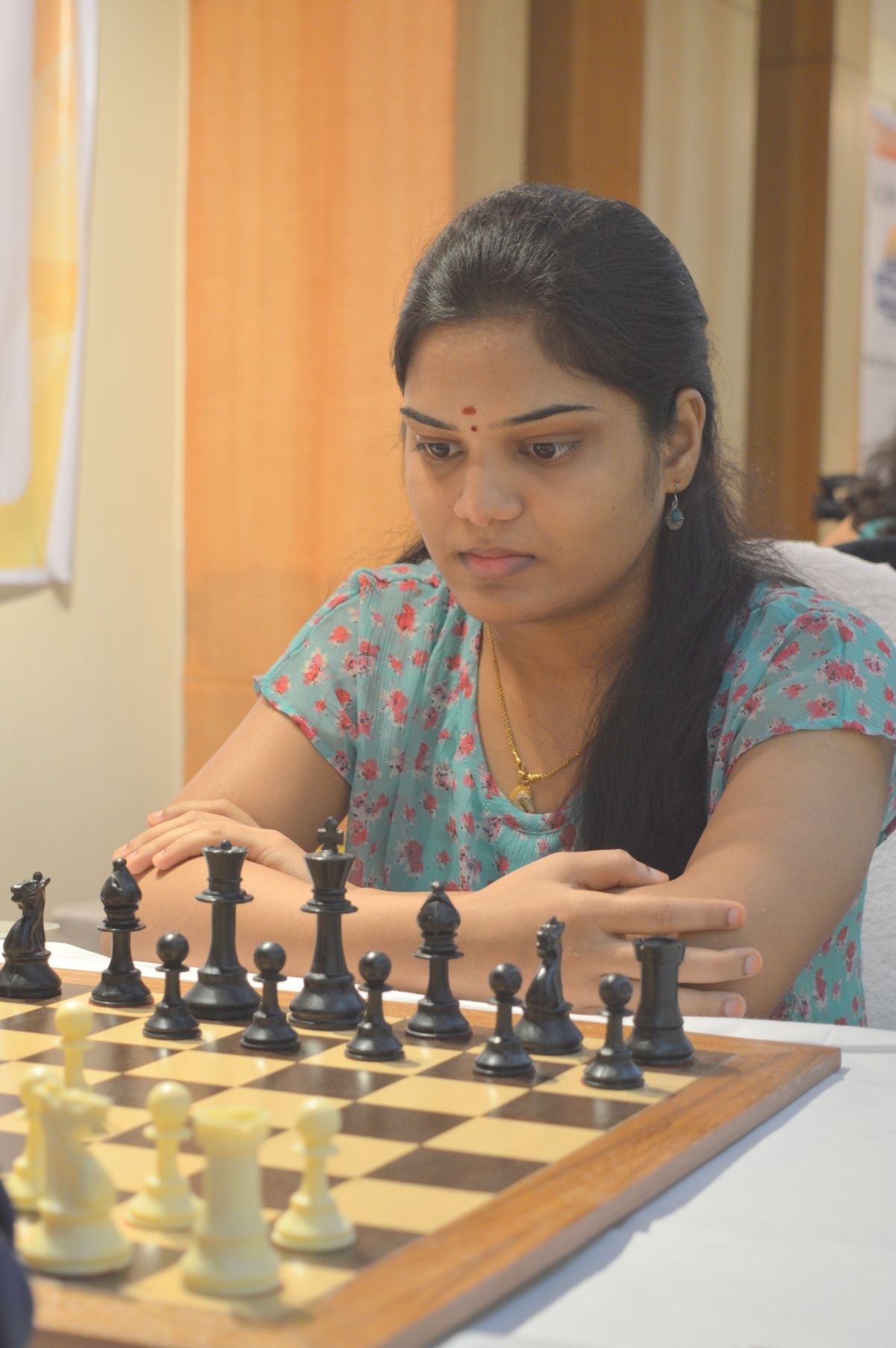 Pratyusha Bodda from Andhra Pradesh is on 4.0/6 and has beaten the top seed Padmini Rout and Michelle Catherina and also drawn with Soumya. In the sixth round she lost to Swati Ghate. 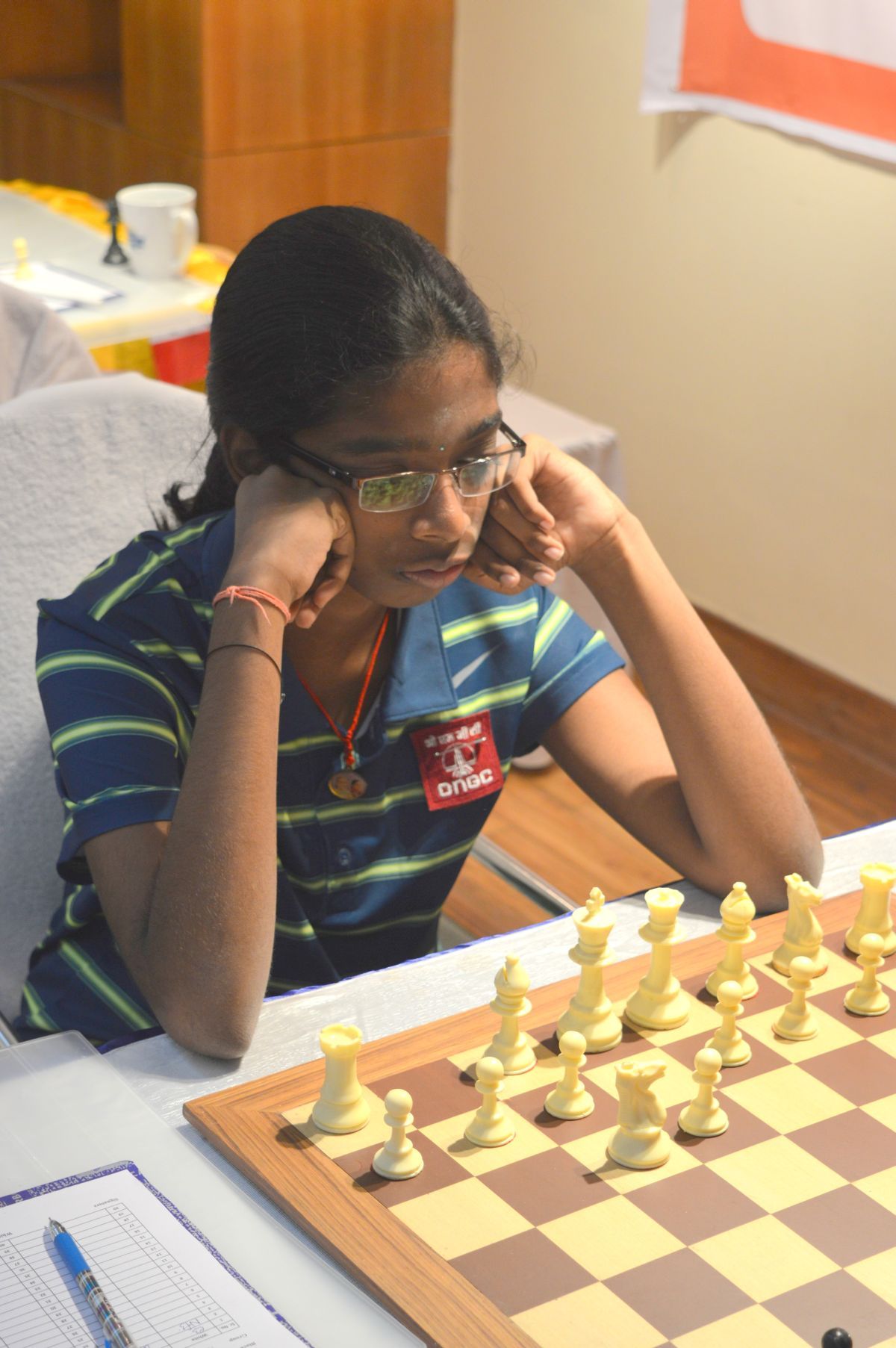 There are a lot of expectations from the 14-year-old R.Vaishali who is the National Challengers champion as well as World under 14 winner. However, she had a thoroughly dismal start to her tournament with a score of 0.5/4. She is picking up speed now and is on 2.5/6 with a win over Tania Sachdev. 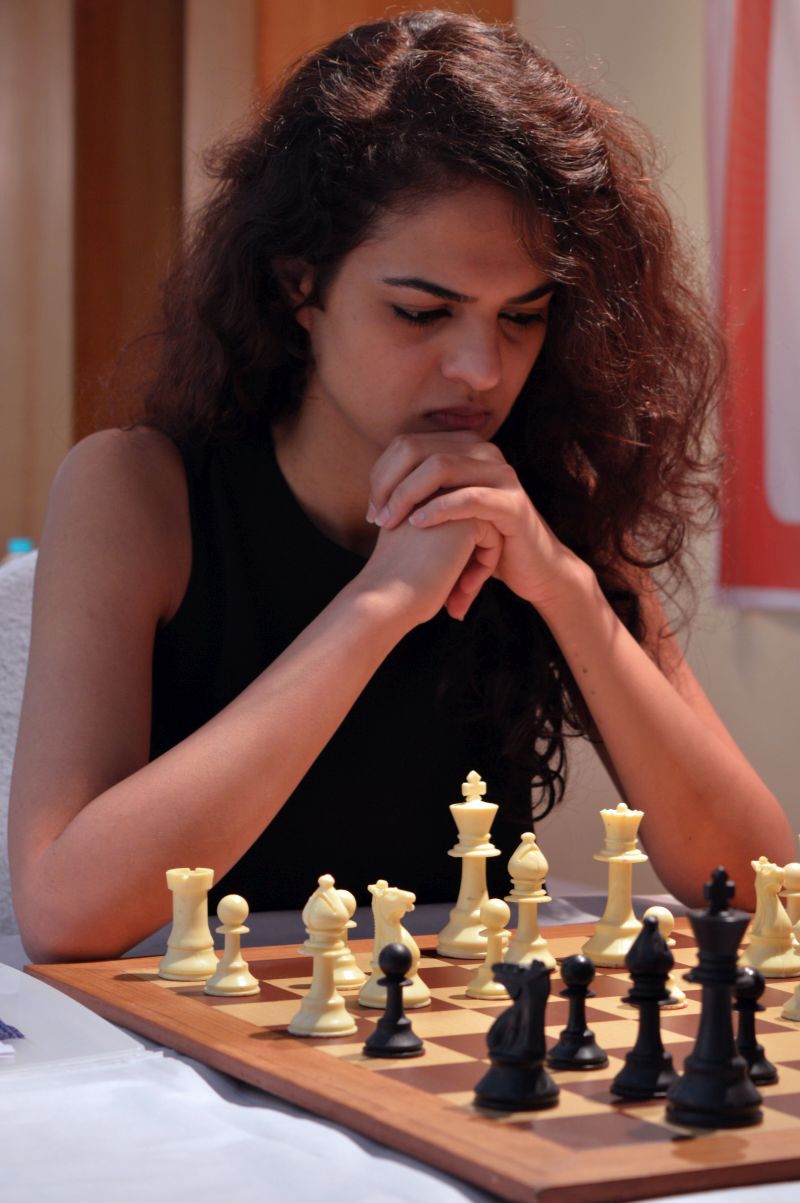 The second seed of the event, Tania Sachdev, is having a terrible tournament. She has lost three games and drawn two and is on 2.0/6. She is already losing 23 Elo points. A rest day is maybe what Tania requires to get back on track. 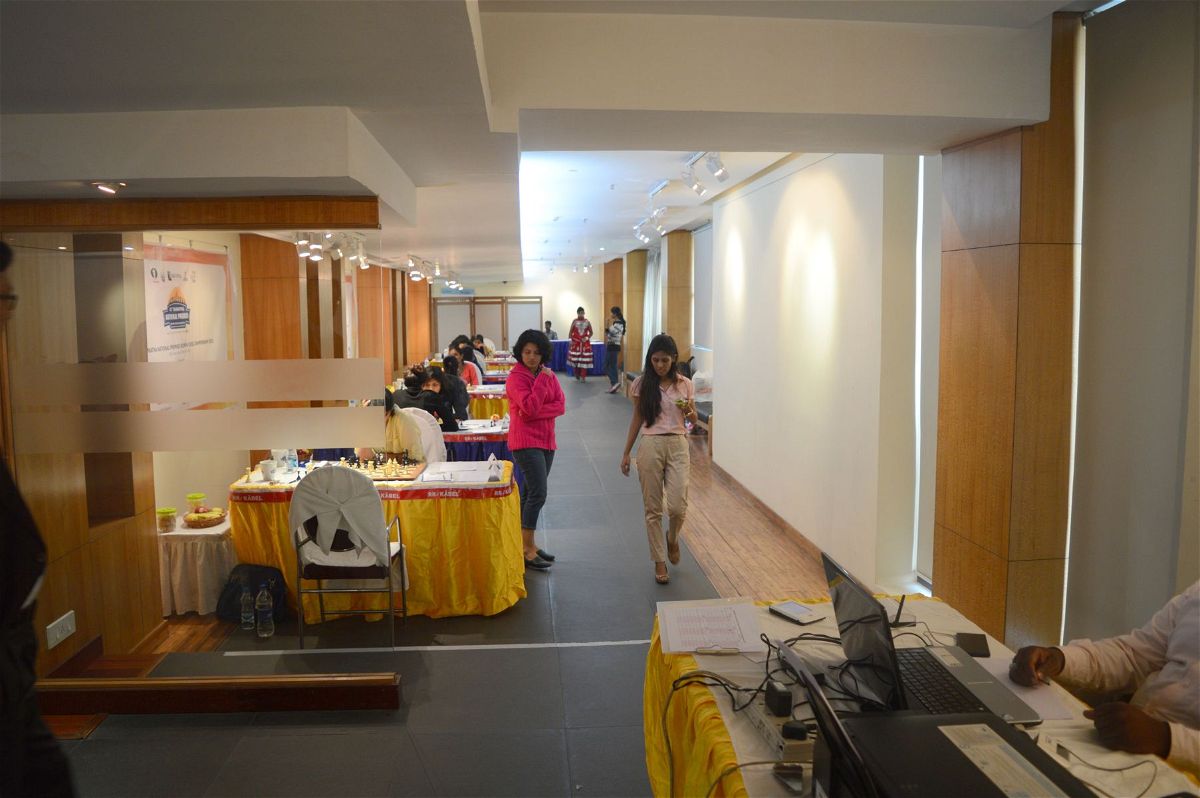 The stylish playing hall at the Bengal Gallery 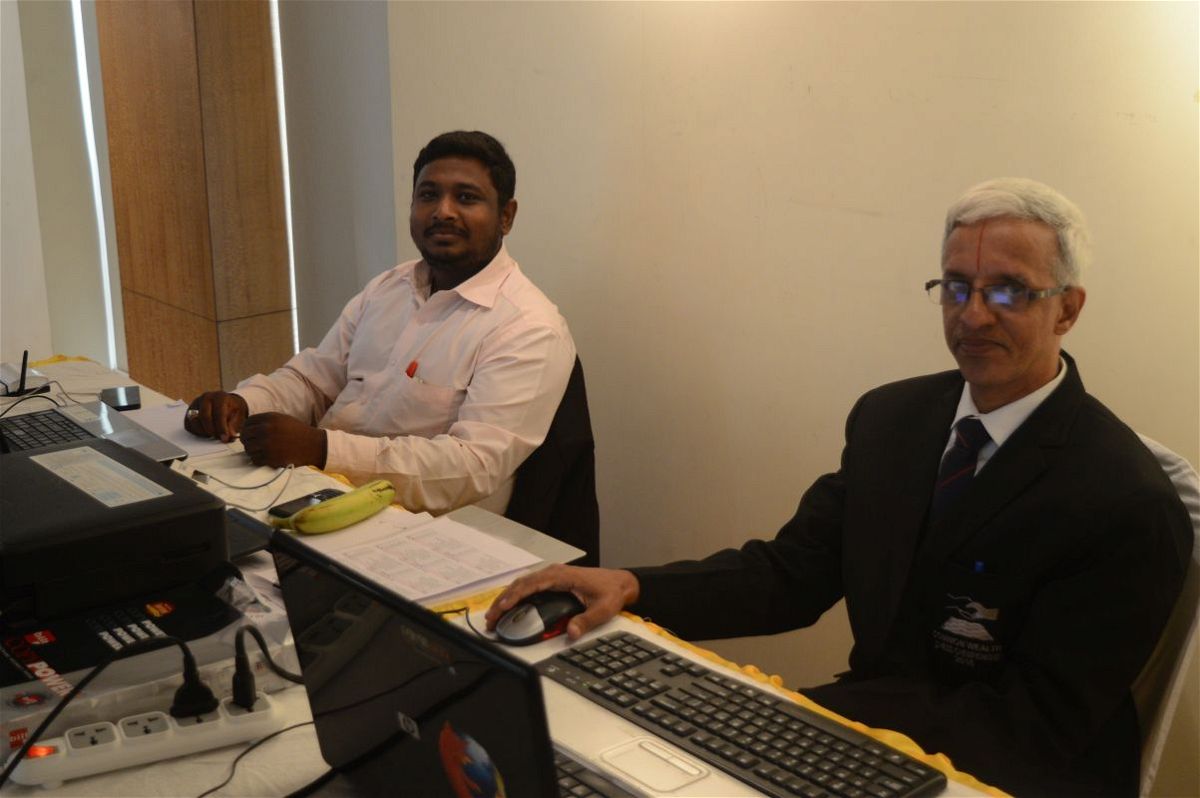 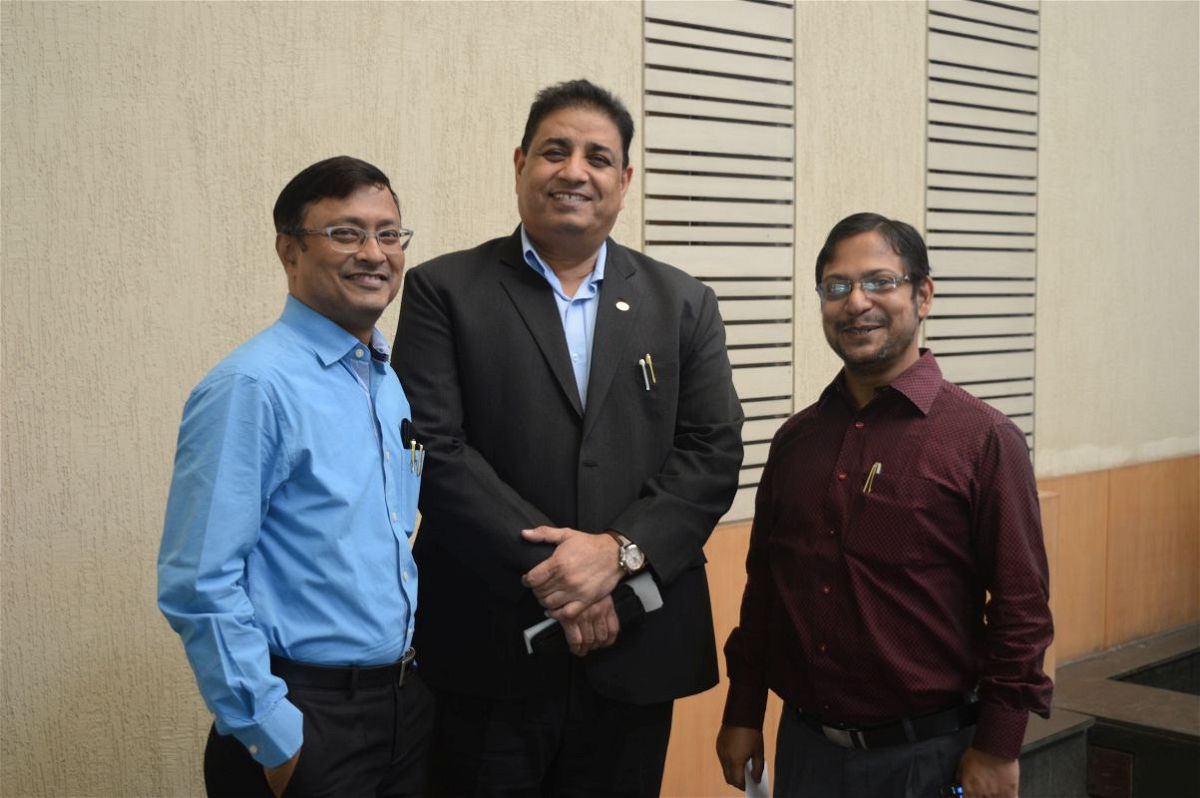 The rankings crosstable after round six
Pictures provided by organizers