Finally, we have a sole leader — the defending champion Padmini Rout. Padmini settled for a draw with Soumya while Mahalakshmi caused a flutter by defeating Vijayalakshmi S. Viji went wrong in early middlegame and gave away three pawns to gain active pieces. She had her chance to turn the tables and win even just before the time control but she missed it. We have an illustrated report with LIVE games and analysis by Nihal Sarin. 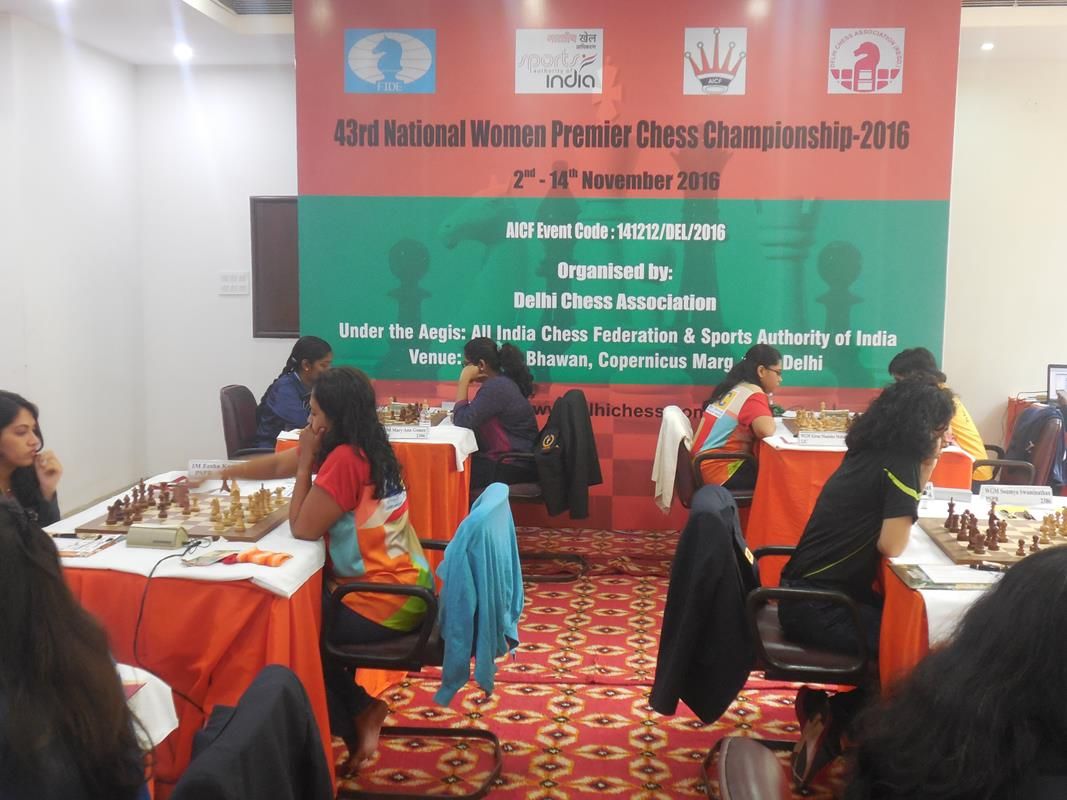 Padmini and Viji had been leading the event going into the fifth round yesterday. 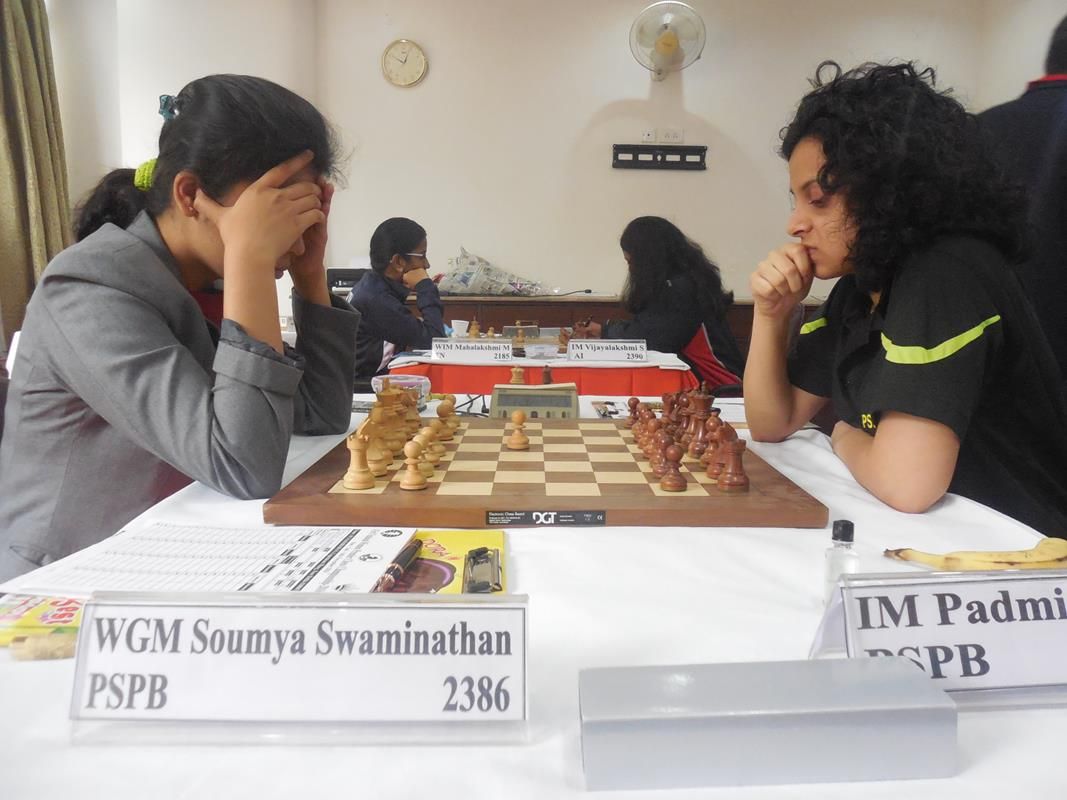 Padmini settled for a draw with Soumya Swaminathan 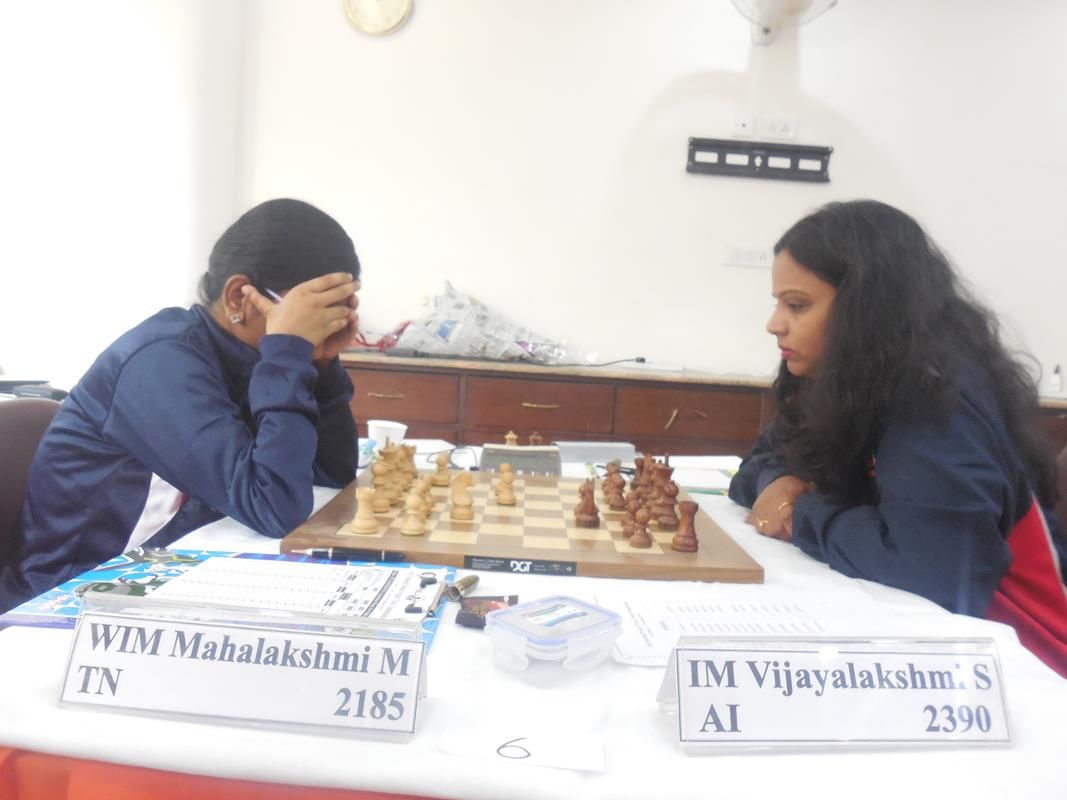 Viji lost to Mahalakshmi with black. Maha played a great endgame, although the middlegame was riddled with errors.
Nihal Sarin chose this surprise loss of Viji as yesterday's Game of the Day

Fun Note: Nihal has been regularly sending us his notes to the games for this event after he returns from his school at 4 p.m. He sees it more as an instructive work for him to learn new things and analyse. Yesterday, he could return only at 7 p.m. from his school before he sat to work. 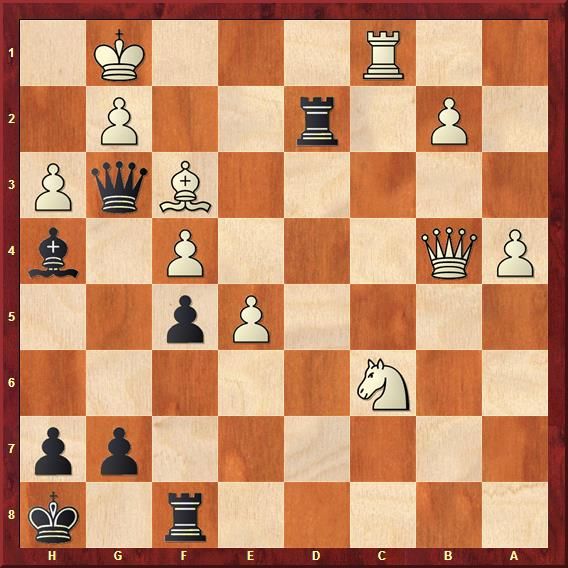 And he was quick to point out that Viji missed a win here with...? Black to play and win despite being three pawns down!

Nihal: I had never seen 4...Be7 in the Bogo before, but when I checked Mega Database with Reference (a function in ChessBase 13), I saw this move being played by some strong players like Alexander Morozevich. Though there were mutual mistakes in the middlegame (probably due to time trouble), both sides fought very well. Black defended well practically, and white played excellent in the endgame. A good game. 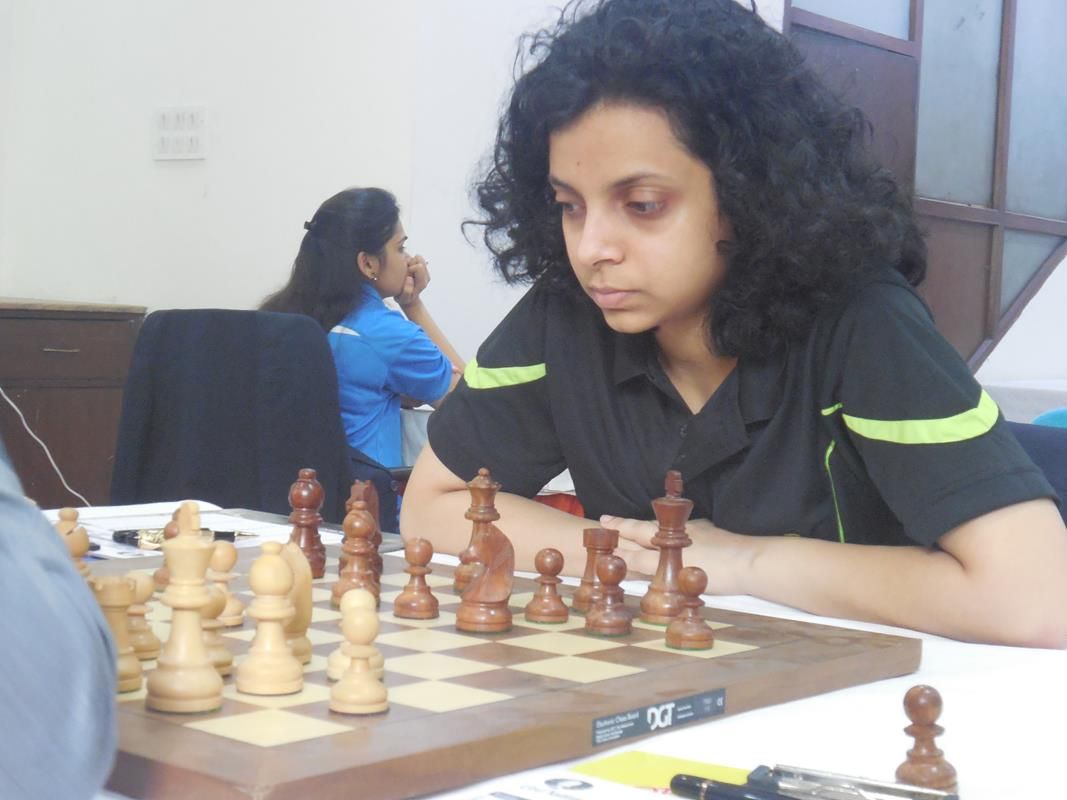 Padmini thus leads the tournament with 4.0/5. 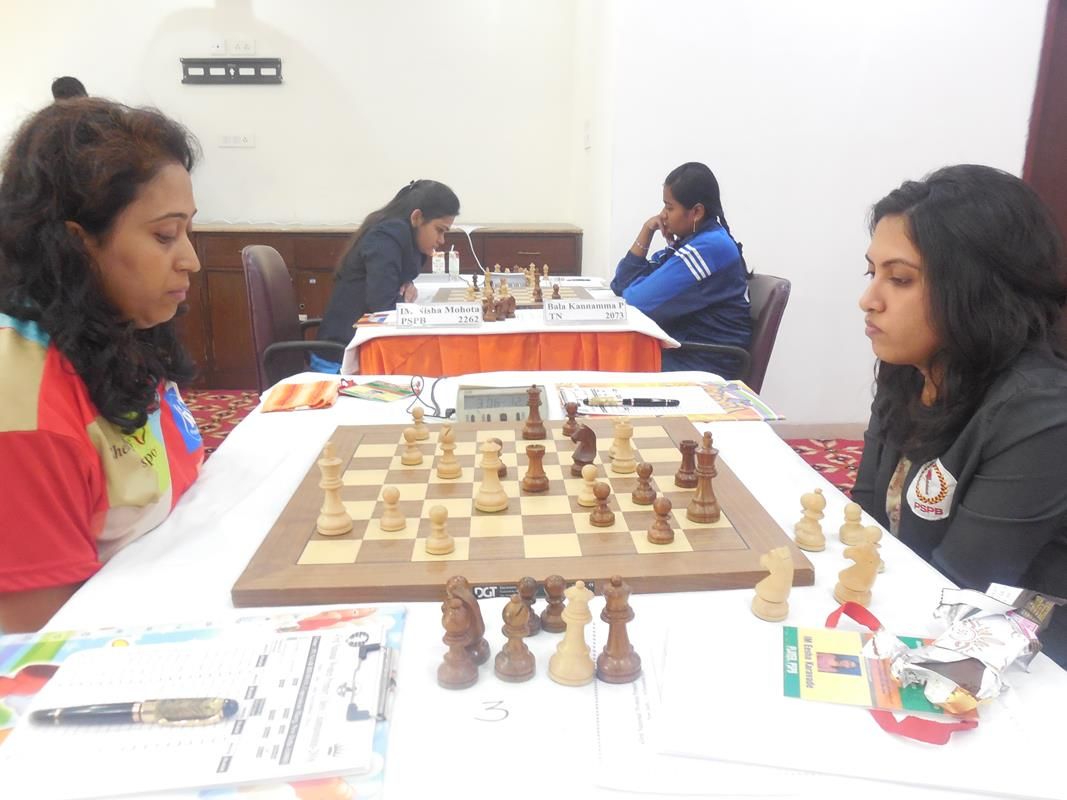 Swati Ghate had suffered some unfortunate losses but yesterday she netted the top seed Karavade! 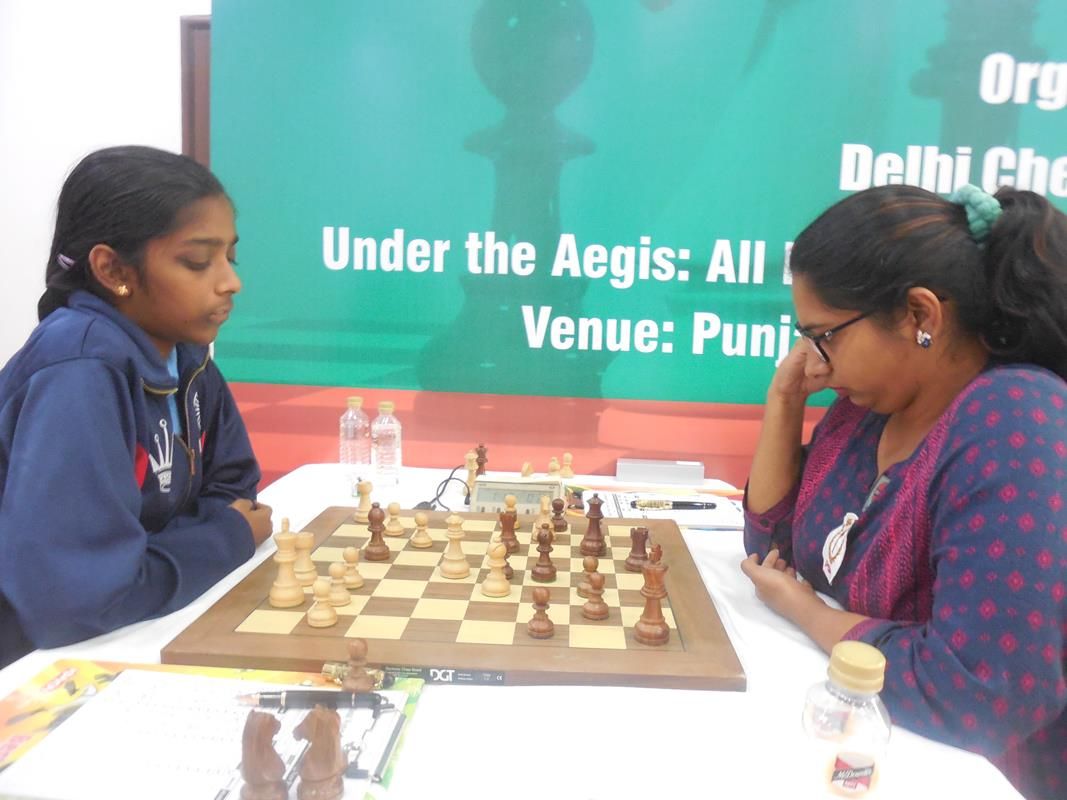 Gomes and Vaishali drew their game... ...as did Nisha and Bala Kannamma. 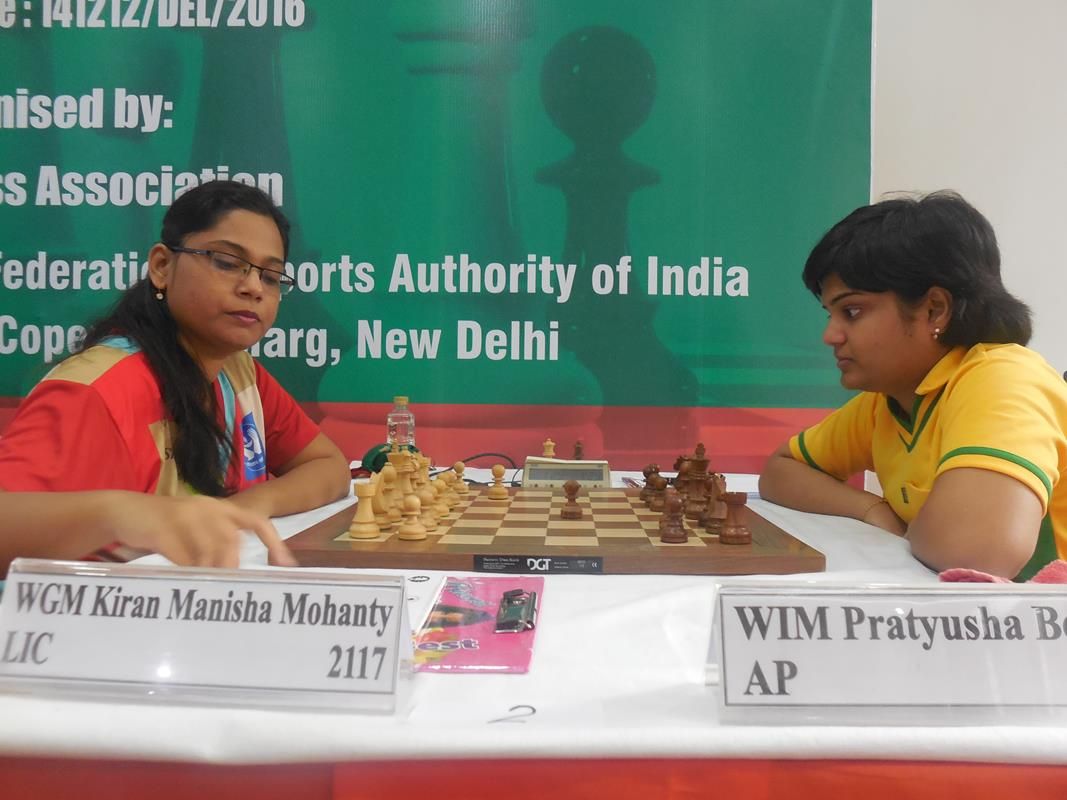 Kiran Manisha Mohanty managed to beat Bodda Pratyusha with 1.b3!
Kiran speaks about the tournament until now...

Find games in the PGN attached below...