Women Challengers 2017 Round 9: Soumya and Bhakti set up title clash

C. Lakshmi's dream run at the 44th National Challengers 2017 was brought to a halt by WGM Bhakti Kulkarni ater the latter scored a marathon victory with the black pieces. On the second board Soumya Swaminathan beat P.V. Nandhidhaa. This meant that Bhakti and Soumya now jointly lead the tournament with 7.5/9. You can say that the tenth round clash between the two is the most important game of the entire tournament. The winner most certainly has great chances of becoming the champion. Mary Ann Gomes is the only player on 7 points, followed by ten participants on 6.5.

Top-seed WGM Soumya Swaminathan (PSPB) and fifth seed Bhakti Kulkarni (Air India), won their respective games on the second and top boards respectively and shared the lead with 7.5 points each from nine rounds at the end of the seventh day at the 44th National women's challengers chess championship 2017.

Playing on the top board with white pieces, over-night joint leader from Tamil Nadu, WFM Lakshmi C (6.5 points), fought gallantly, but faltered with her end game to go down to WGM Bhakti Kulkarni (7.5 points) in 91 moves. Bhakti Kulkarni continued her fine run in the tournament after a first round loss to come back strongly to win five games in a row and then drew one (against second seed WGM Mary Ann Gomes) and after that has won two games in a row to emerge as the joint leader with Soumya. 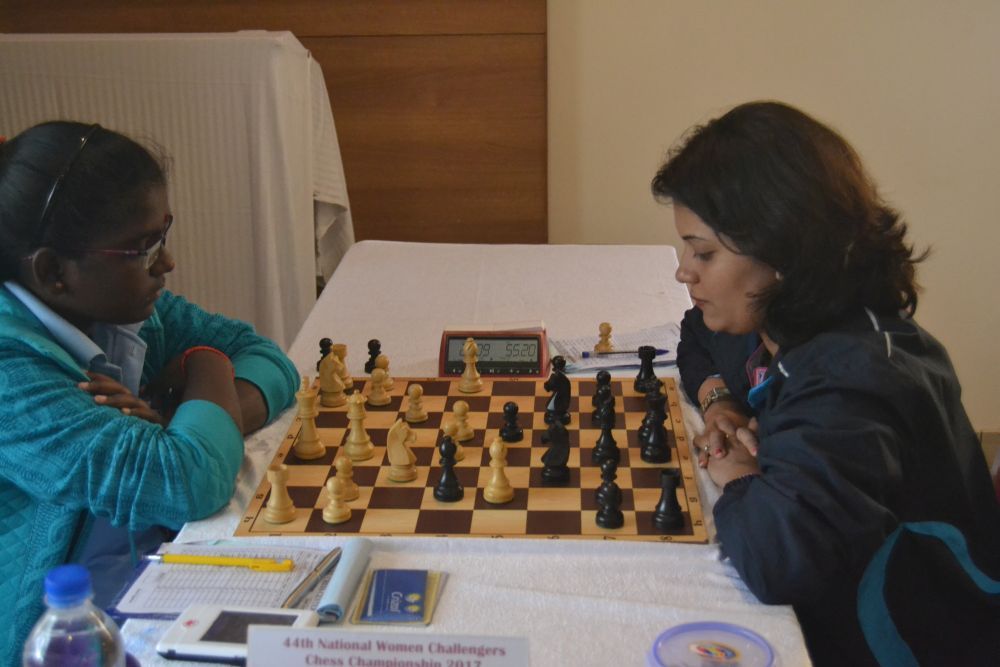 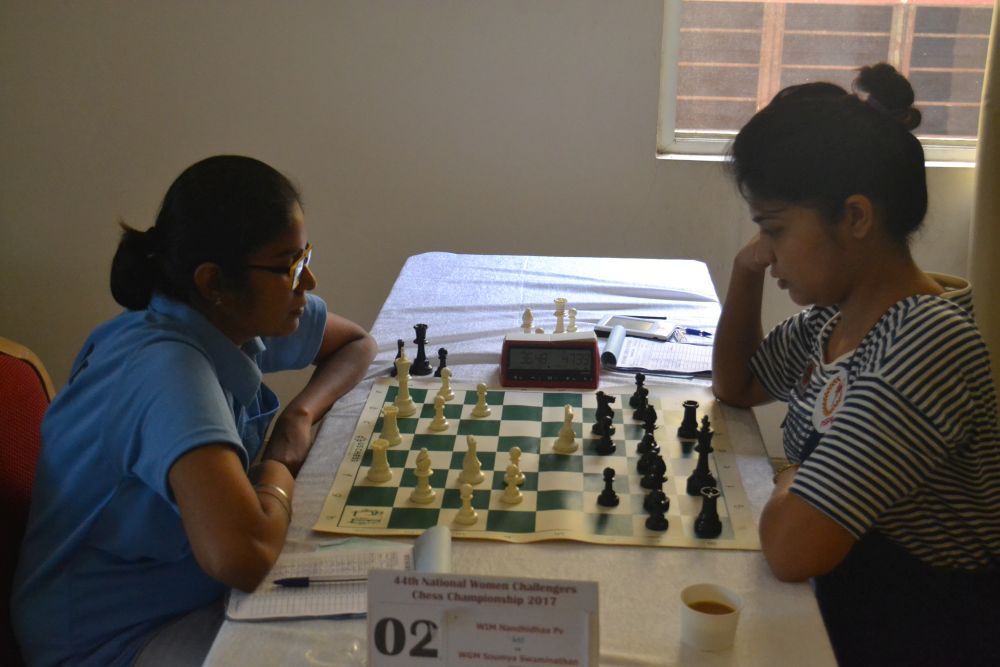 Soumya won against P.V. Nandhidhaa on board two

Overnight joint-leader and top-seed WGM Soumya Swaminathan (7.5 points), playing with black pieces on the second board capitalized on the error made by Nandhidhaa Pv (AAI) during the end game and registered a crucial win in 43 moves.

In the biggest upset of the day, Tamil Nadu's unseeded Bala Kannamma P (6.5 points-rating 1977) playing an excellent middle and endgame on the fifth board with white pieces shocked the present Commonwealth women's champion and third seed in the tournament WGM Swati Ghate (LIC-rating 2278) in 64 moves. In another upset win unseeded Andhra Pradesh player G.Sandhya (Rating 1873-6.5 points) shocked WGM Aarathie Ramaswamy (Air India-5.5 points). Sandhya had already beaten Michelle Catherina in the previous round. So this is turning out to be a great event for the girl from Tamil Nadu.