There's a famous saying "No one has ever won a game by resigning!" 100% true, we would like to add, "No one has ever won a game by offering a draw!" While both statements absolutely obvious, a lot of chess have been guilty of committing this error. In the sixth round it was WGM Kiran Manisha Mohanty who did that against Mahalakshmi by offering a draw in a completely winning pawn endgame. We have the analysis. Top seed Soumya Swaminathan is the sole leader with 5.5/6 with a pack of five players behind her on 5.0/6. Report from Mysore by C.K. Muralidharan.

Soumya Swaminathan is the sole leader 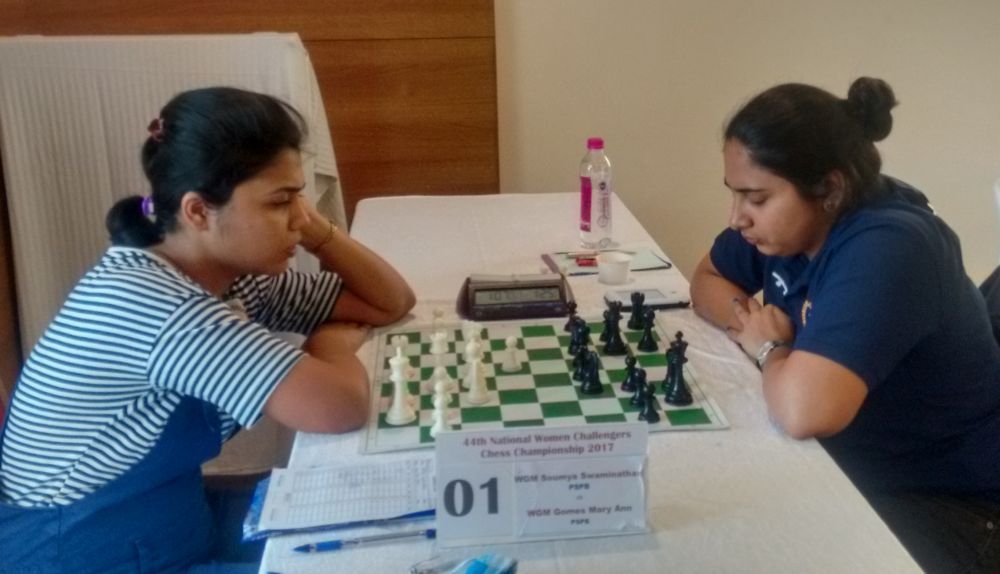 The game between top two seeds ended in a draw

Playing on the top board with white pieces top-seed WGM Soumya Swaminathan after a bad opening recovered, but was not able to get over a cramped position against second seeded WGM Mary Ann Gomes (PSPB). The game ended in a draw after repetition of moves to a same position for more than three times, after 56 moves. 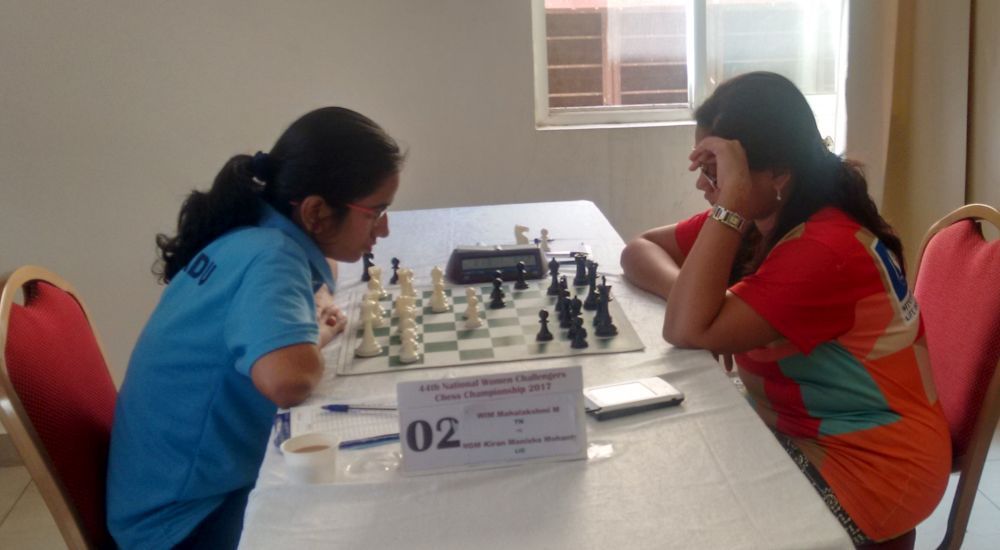 WGM Kiran Manisha Mohanty (LIC) was held to a draw by WIM Mahalakshmi M (TN) in 39 moves on the second board. After a bad opening Mahalakshmi made some mistakes in the endgame. The girl from Tamil Nadu but got off with a lucky draw after Kiran miscalculated the position and offered a draw which was gleefully accepted. 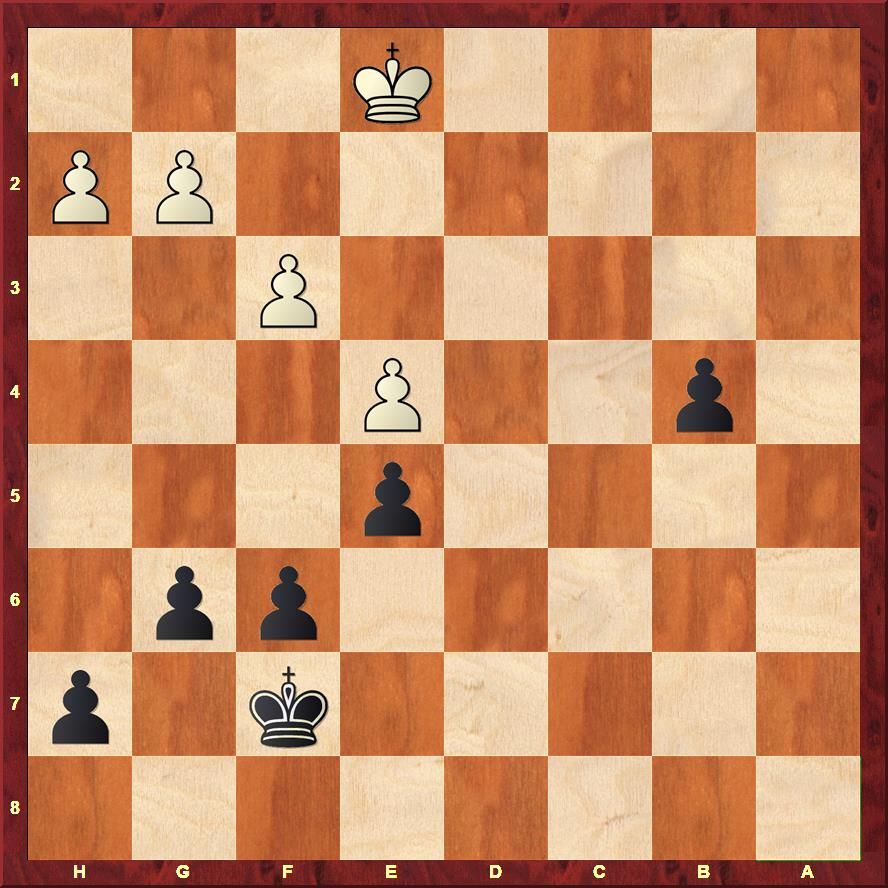 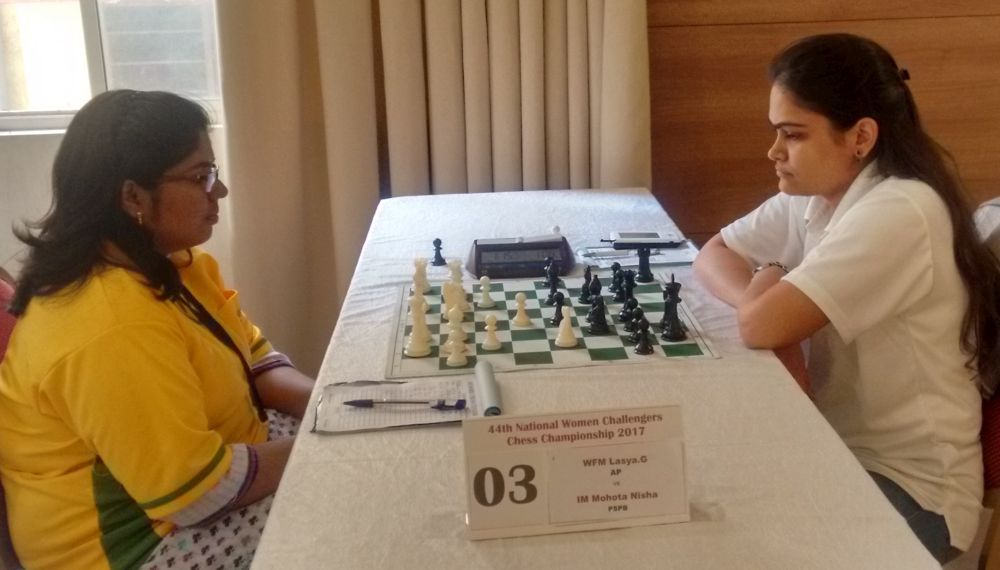 On the third board, WFM Lasya and IM Nisha Mohata were involved in a drawn game of 25 moves and both shared a point out of this encounter. 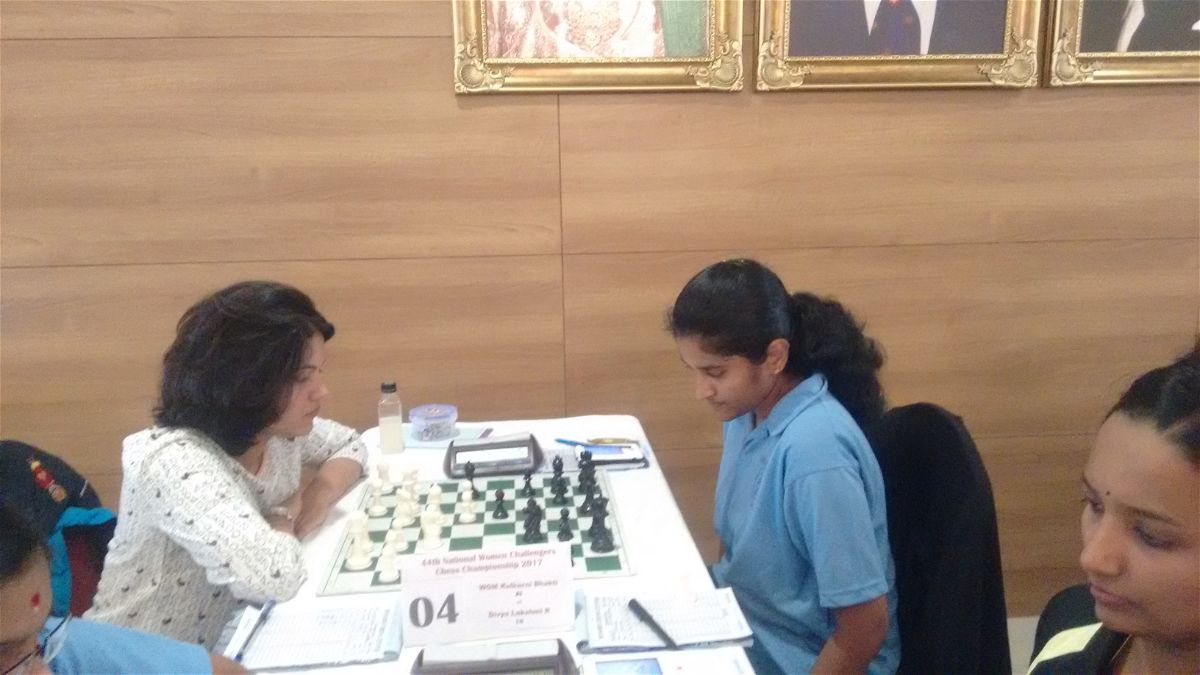 WGM Bhakti Kulkarni (AI) registered a well earned win over R.Divya Lakshmi (TN) who faltered in the ending game in 44 moves. Bhakti has done excellently to score five consecutive wins after her first round loss. 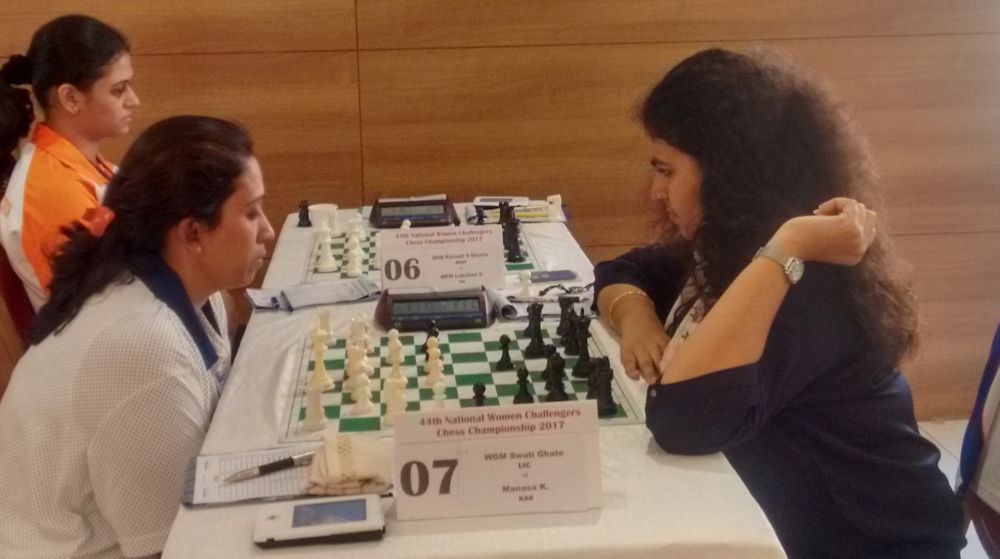 Third seed WGM Swati Ghate came back strongly by registering a win over K.Manasa of Karnataka in 34 moves.

WGM and top-seed Soumya Swaminathan playing with black pieces on the top board against giant killer Divya Lakshmi R, capitalized on the weak opening made by her rival and defeated her in 35 moves.

The opening used by Soumya to win this game was the Classical variation of the Sicilian. Recently India number three Vidit Gujrathi made a post about this opening on his Facebook page:

In case you are interested to learn the Classical Sicilian, ChessBase India shop has a wonderful DVD on it by Mihail Marin. Learning this opening from an experienced coach like Marin is a sure shot way to improvement:

On the second board WGM Mary Ann Gomes scored a well earned win over K.Priyanka of Tamil Nadu in 35 moves, while WGM Kiran Manisha Mohanty (LIC) scored a good win over Makhija A (Mah) in 48 moves. Playing on the fourth board with white pieces Sanskriti Goyal of Uttar Pradesh went down to WIM Mahalakshmi M (TN) in 70 moves. WFM Lakshmi C (TN) and WFM G.Lasya (AP) were involved in a drawn encounter which had 62 moves. IM Nisha Mohata playing with white pieces on the sixth board scored a good win over Shetye Siddhali (Mah) in 30 moves. Karnataka's WCM Isha Sharma scored a creditable win over WIM Rucha Pujari (Mah).