Women Challengers Round 4: And the Commonwealth Champion falls!

Every round of the National Women Challengers witnesses a huge upset. In the fourth round it was the in-form, Commonwealth Champion Swati Ghate who had to bite the dust against the 18-year-old Divya Lakshmi. Soumya Swaminathan registered a clinical win and so did K. Priyanka. Divya Lakshmi, Soumya and Priyanka now lead with 4.0/4 with a horde of seven players right behind them on 3.5 points. Report from Mysore with pictures, analysis and more.

Divya Lakshmi beats Swati Ghate and leads with two others 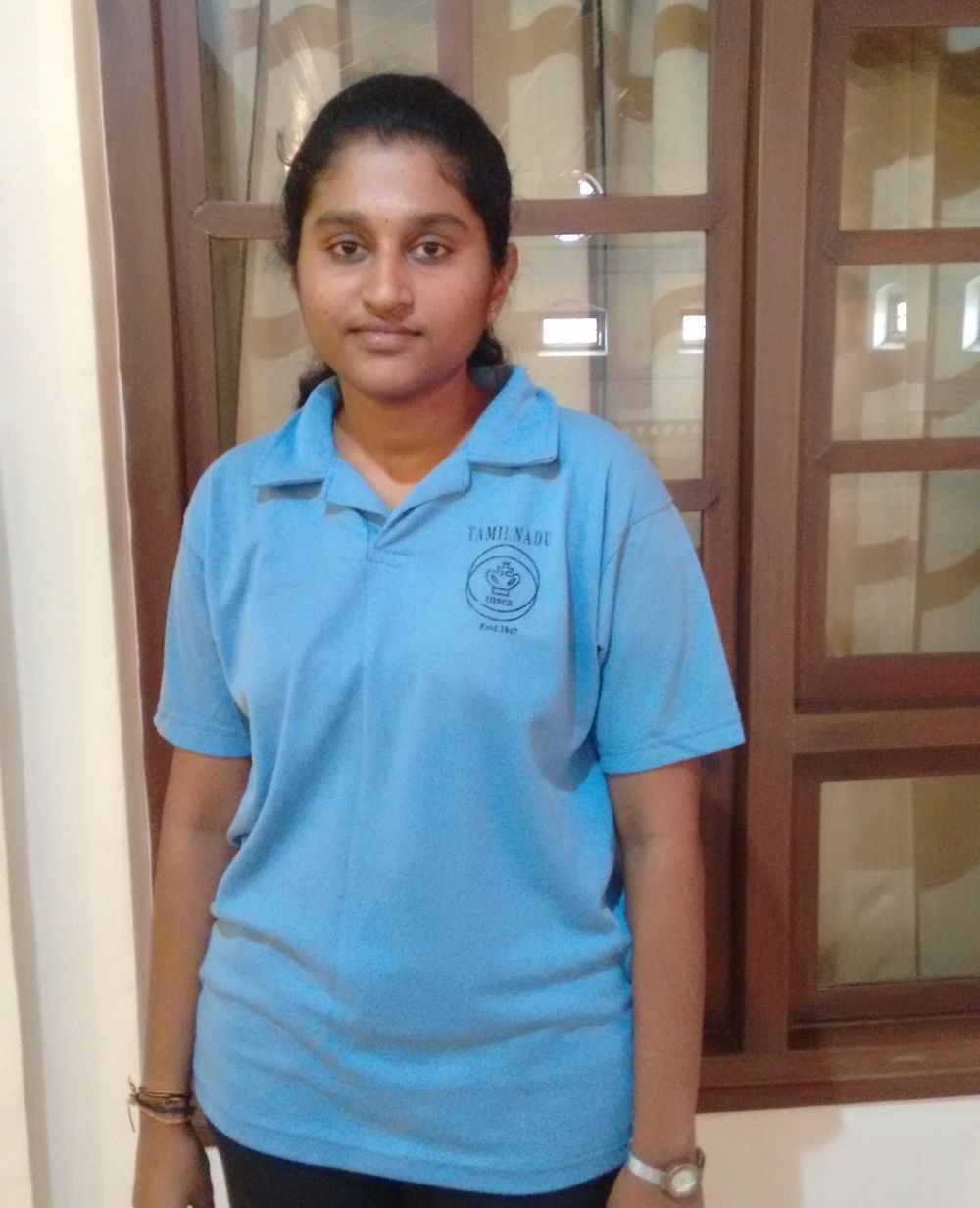 A big win for Divya Lakshmi

Playing on the top board with white pieces, WGM Soumya Swaminathan capitalized on the advantageous Ruy-Lopez opening position and took the initiative to score a comfortable win over her rival WIM Pranali S Dharia (Mah) in 25 moves. 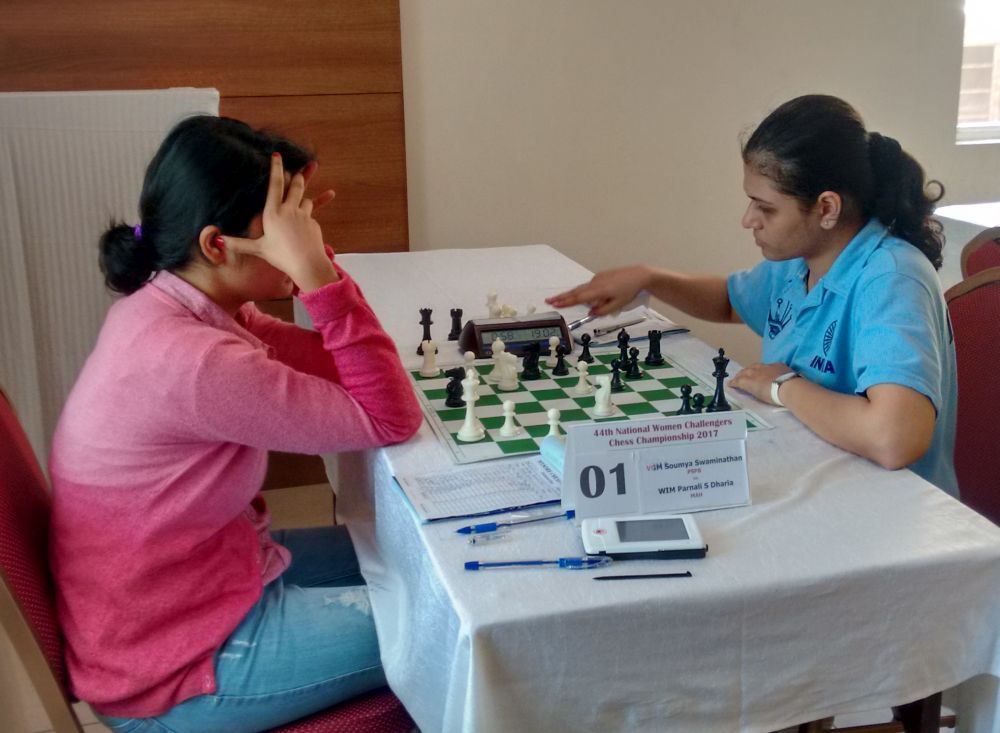 Seven players are tied with 3.5 points and are placed from fourth to tenth in the rankings. 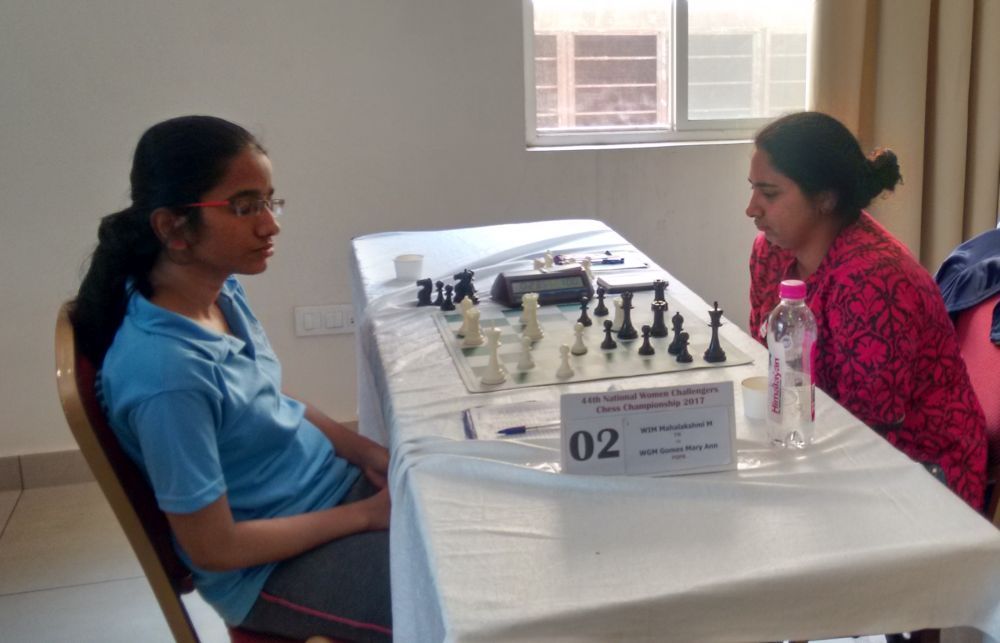 On the second board, WIM M Mahalakshmi (TN) playing with white pieces, after being in a bad position in the beginning, recovered and captitalized on the wrong move ...f5 made by WGM Mary Ann Gomes (3.5) and held her to a creditable draw in 37 moves.

On the third board, K. Priyanka (rating 2081), the current Commonwealth U-16 girls champion from Coimbatore, scored an upset win over eighth seeded WFM Srija Seshadri (Delhi), in 70 moves, in a keenly contested tie. Srija had the advantage in the middle game, but going all out for a win faltered in the ending game to go down meekly in the end.

Nisha Mohota is on 3.0/4. After two draws, she scored a win in the fourth round. 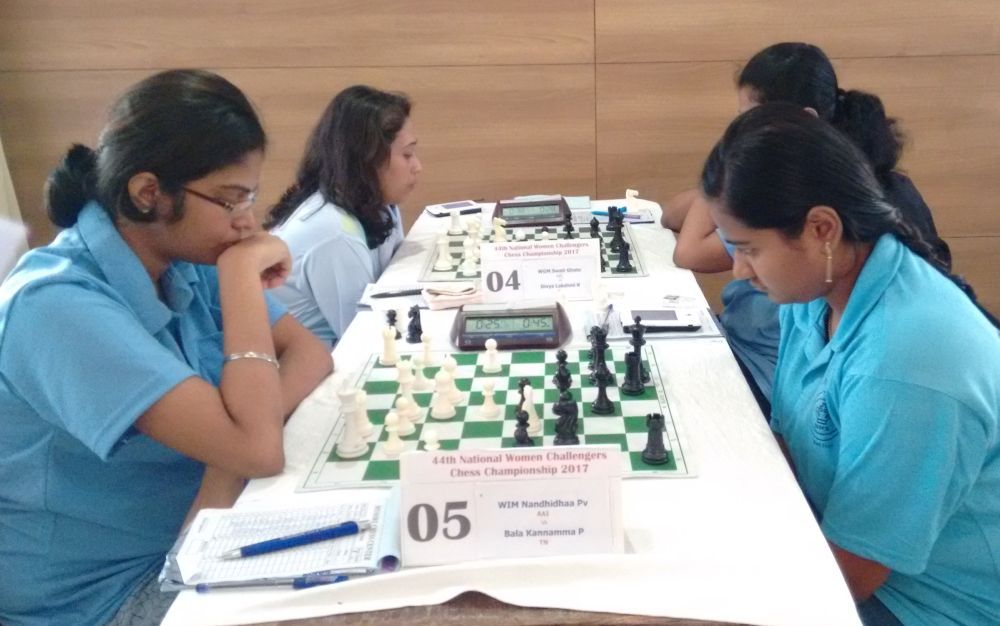 Nandhidhaa Venkatachalam has a nice knight on f5, but it wasn't sufficient to beat Bala Kannamma. Their game ended in a draw.

One of Orissa's best female player Kiran Manisha Mohanty is on 3.5/4