For the past few years, National Women Challengers Chess Championship is attracting a lot of IMs, WGMs, and WIMs, competing for the eight slots available in National Women Premier championship. Premier championship is the prime event, leading to the selection of Indian team for Olympiad and other international events. The 2016 edition has three IMs, five WGMs and eight WIMs to its credit and other innumerable strong players, who can spring a surprise on higher rated players. The chief arbiter R. Anantharaman brings us his illustrated report.

For the past few years, National Women Challengers Chess Championship is attracting a lot of IMs, WGMs, and WIMs, competing for the eight slots available in National Women Premier championship. Premier championship is the prime event, leading to the selection of Indian team for Olympiad and other international events. Hence, this rush for participation in the Challengers Championship and 2016 edition, organized by Tamil Nadu State Chess Association in Chennai, is no exception.

The tournament has three IMs, five WGMs and eight WIMs to its credit and other innumerable strong players, who can spring a surprise on higher rated players. The defending champion is the twice world age category winner WIM R. Vaishali and the top seed is Eesha Karavade of ONGC. Besides, former National Premier champions WGMs Soumya Swaminathan of PSPB and WGM Mary Ann Gomes of PSPB, evergreen players – GM-elect and IM S. Vijayalakshmi, IM Nisha Mohota of PSPB, WGM Swati Ghate and WGM Aarthie Ramaswamy of Air India — add colour and charm to the tournament. 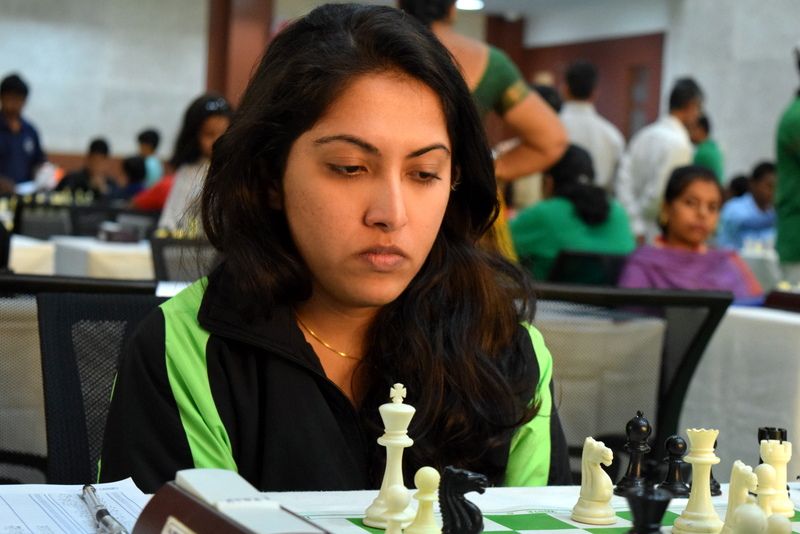 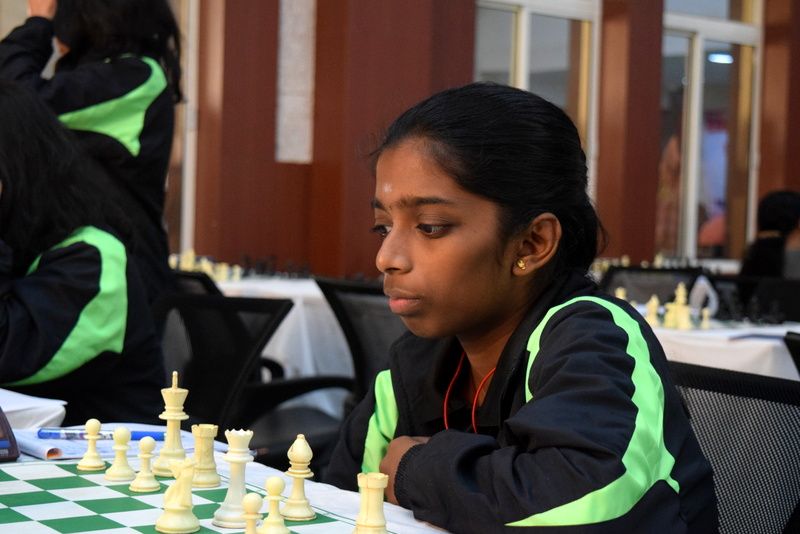 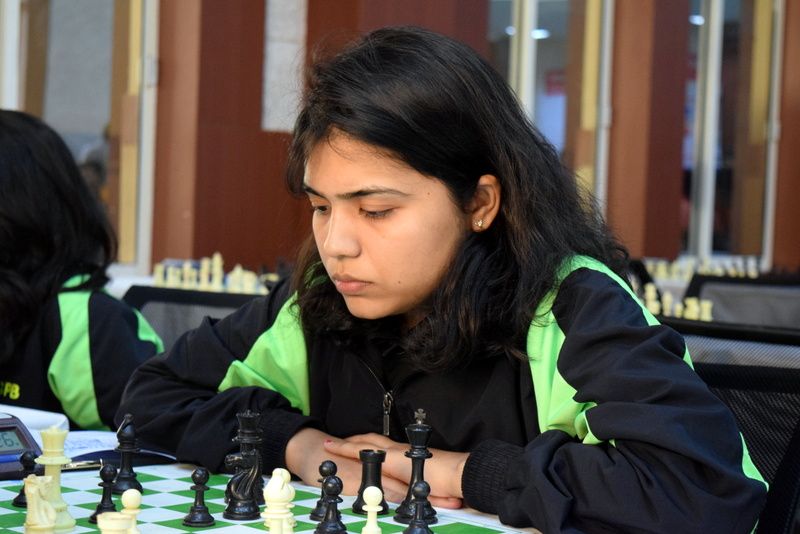 At the end of seven rounds, six-time national champion S. Vijayalakshmi of Air India enjoys a slender half point lead over four others — WIM R Vaishali of Tamil Nadu, WGM Kiran Manisha Mohanty of LIC, J Saranya of TN and WGM Swati Ghate of LIC, who have 5 points each. Viji has so far five wins and two draws.

In the first round, fourteen-year-old S. Pooja of Tamil Nadu gave a scare to the former Under-18 world champion Aarthie R., who had to use her wealth of experience to extricate a draw. In the second round, Kolkata youngster WFM Arpita Mukherjee against her city mate Gomes. Kiran Manisha held the top seed Eesha on the top board in the third round.

By the end of the third round, the number of leaders was pruned to seven. 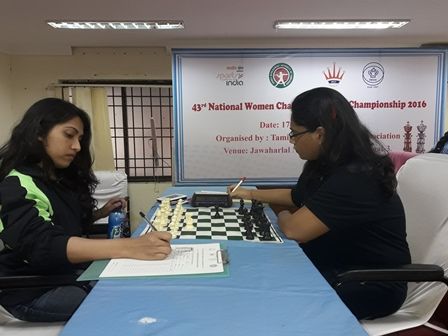 Women in Black — top seed and IM Eesha Karavade was held to a draw by WGM Kiran Manisha Mohanty in the third round. 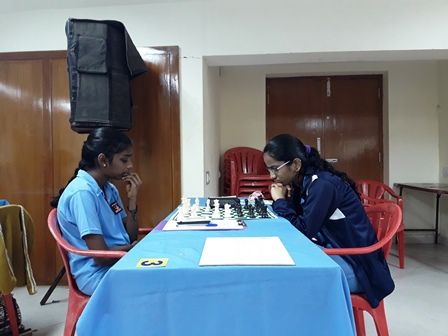 Vaishali R. exhibited her prowess against world Under-18 girls’ champion M. Mahalakshmi of Tamil Nadu in a beautiful game arising out of French Defence. 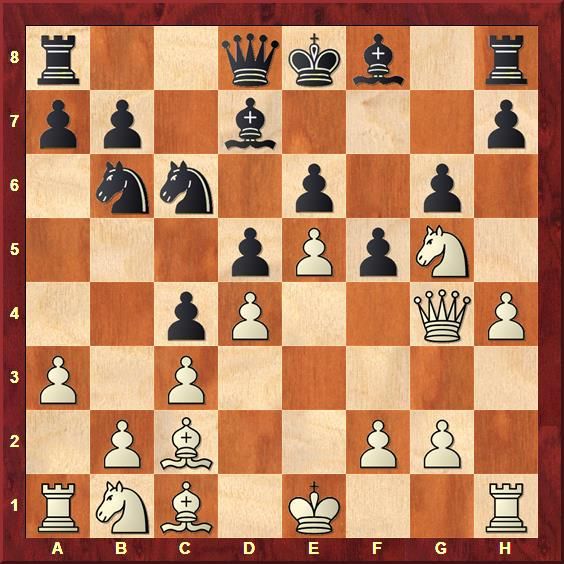 Mahalakshmi declined the queen sacrifice leading to a checkmate and was forced to accept the knight sacrifice, a move later. The commanding positioning of her pieces helped Vaishali to pocket a point, enabling her to move into the joint lead with Soumya Swaminathan who defeated Srija Seshadri of Delhi, with a perfect score of four points in four rounds. 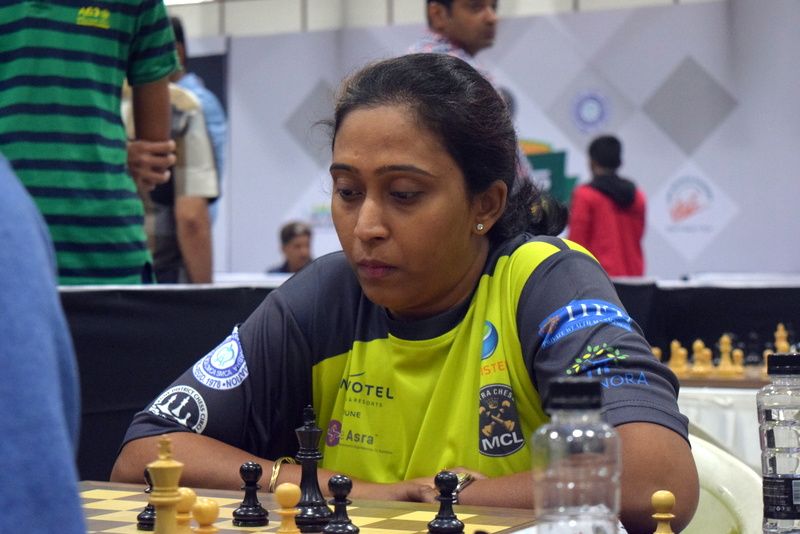 She joined Vaishali and Soumya who drew with each other and Vijayalakshmi, who overwhelmed WIM Michelle Catherina of Tamil Nadu, each with 4.5 points. P. Balakannamma of Tamil Nadu caused an upset by beating Pratyusha Bodda. 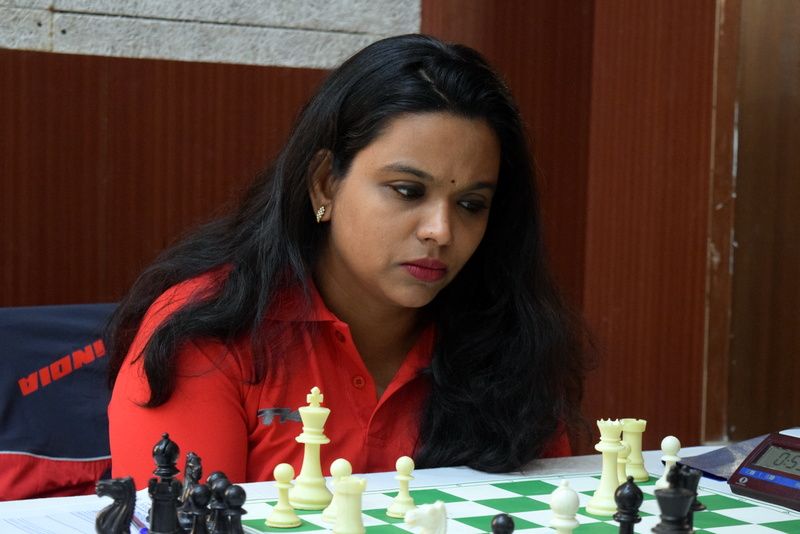 Vijayalakshmi, who is in fine nick, outplayed Soumya to emerge sole leader with 5.5 points at the end of the sixth round. She further drew with WFM J. Saranya in the seventh round and now leads with 6.0/7. (Photo: Chess Illustrated)

Four others – Vaishali, Kiran Manisha, J Saranya  and Swati Ghate were behind her with 5.5 points each. 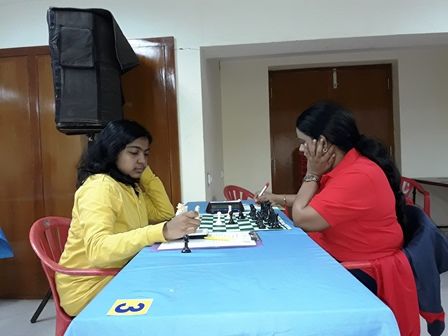 WIM Michelle Catherina lost to Viji in the fifth round 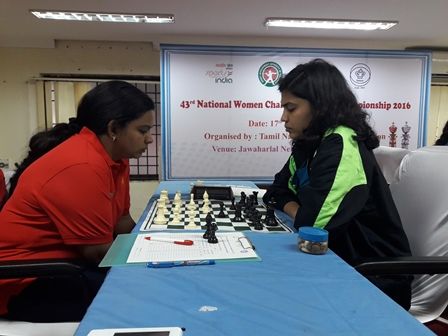 The crucial break: IM Vijayalakshmi of Air India outplayed WGM Soumya Swaminathan of PSPB in the sixth round to emerge as the sole leader. 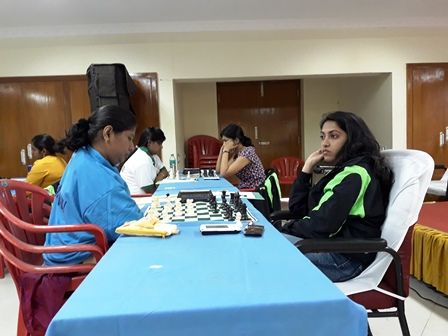 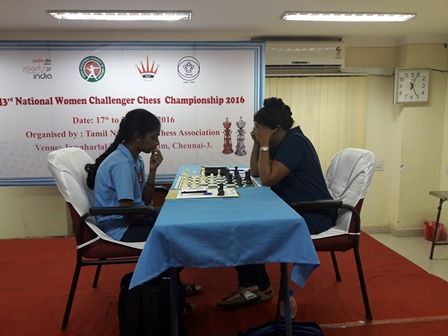 The defending champion WIM R. Vaishali of TN and former national champion Swati Ghate of LIC have remained unbeaten throughout. 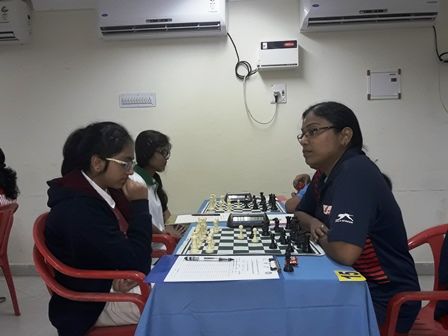 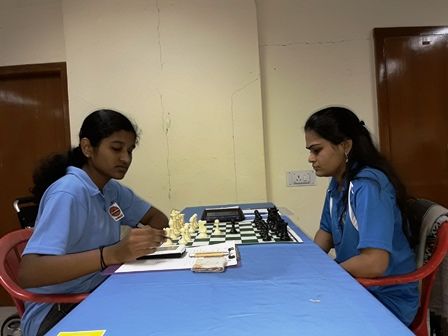 IM Nisha Mohota (right) is yet to find her rhythm in the championship and is on 4.0/7. 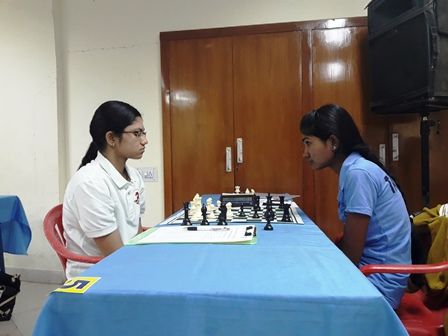 Players have a conducive atmosphere to play in the air conditioned playing hall and also accommodation in a good hotel, just opposite to the venue. The championship is moving to the crucial second phase, wherein only players who hold their nerves and have a steely grit will blossom. Hence, more interesting games are in the offing. 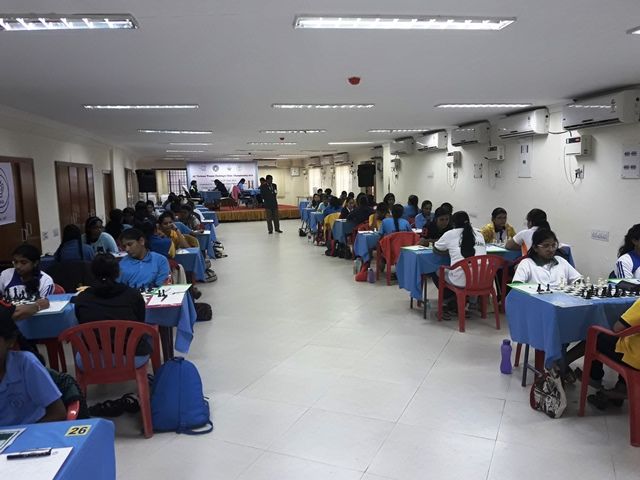 A beautiful view of the air-conditioned tournament hall 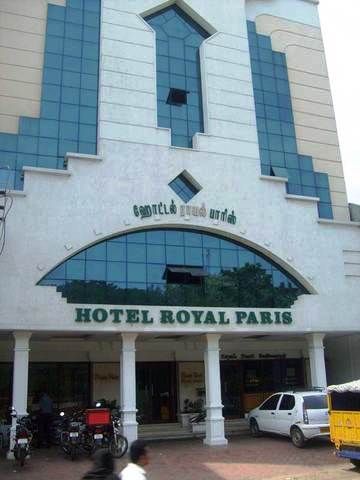 Prof. Anantharaman is not only among the best International Arbiters in India but is an extremely well educated and learned person as well, who was the Head of Chemistry department in the college where he used to teach a few years ago. He is a member of Swiss pairings Programs Commission, FIDE, and has served as chief arbiter in