Rucha Pujari had hit a plateau, the Women International Master title was so close yet so far. During the hunt to complete the requirements, she faced various technical difficulties. Determined to play best chess possible, she took part in both the Aeroflot Open B and C categories this year (only player to do so). She persevered in spite of tough opposition and successfully completed all the requirements. In this interview, Rucha tells us about the backstory of becoming a WIM and her immediate goals.

Rucha has been involved in various chess activities to promote the game in India. One thing remained in her check-list as a player was to achieve one final WIM norm. But it wasn't easy! She had to face setbacks and obstacles. Over and above being a hard-worker she is thoroughly sincere. This quality yielded her success in her last tournament - the Aeroflot Open 2017. She is now India's latest Women International Master (WIM). 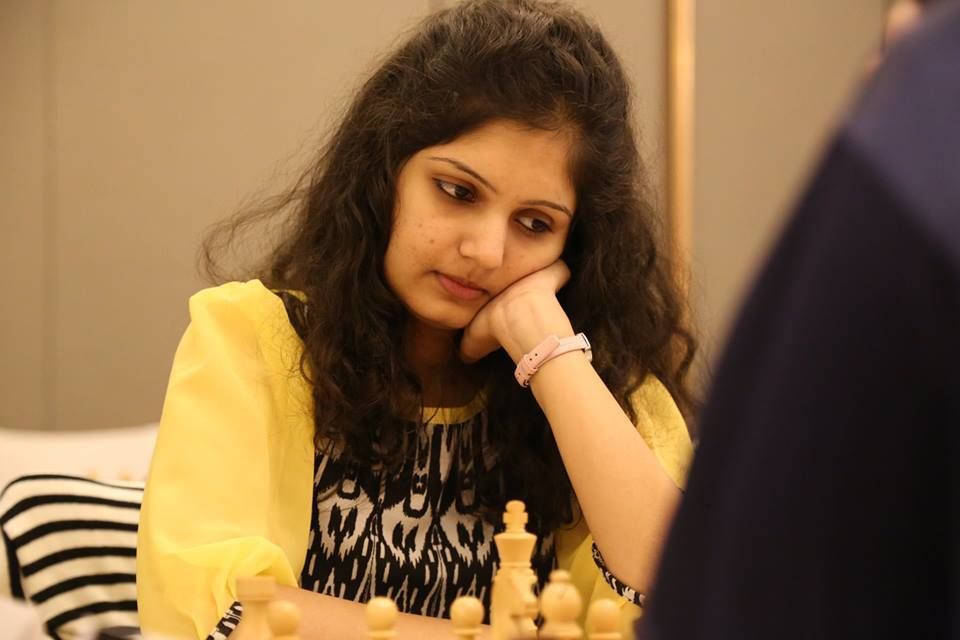 Sagar Shah (SS): First of all heartiest congratulations for becoming a WIM. Long overdue, but finally you made it. Can you tell us how difficult was it for you to achieve the title?

Rucha Pujari (RP): Thank you, I am quite happy now. Yes, the final norm took some time for me. Maybe something wasn’t going right, maybe the selection of tournaments, not playing strong tournaments more, or missing it very closely a lot of times. It was a difficult phase for me not just because it wasn’t going smooth but also because it made me question my self-belief.

But I learned something from it and that is to keep going on, and I think that has made me stronger as a player and a person.

RP: It is true that I got my rating 2200 and two norms some years back, and was sitting with it for a long time. I was too optimistic about getting the title soon, as I always looked forward to next tournament thinking that this must be it!

But it wasn’t in my control, as sometimes I didn’t fulfill the technicalities or either my opponents didn’t show up in 9-round tournaments. These things happened to me many times, and it was heartbreaking then.
But things happen and it’s a sport and one can always play better, and that’s what I decided to do. I don’t want to complain about the past critical moments now. I look forward to the future because I feel that’s the best thing to do, and work on my next goals.

SS: In between your chess career, you have dipped your feet into chess writing (articles and interviews), writing a chess book, and also creating an academy. Do you think doing these multiple things distracted you from your goals as a player? 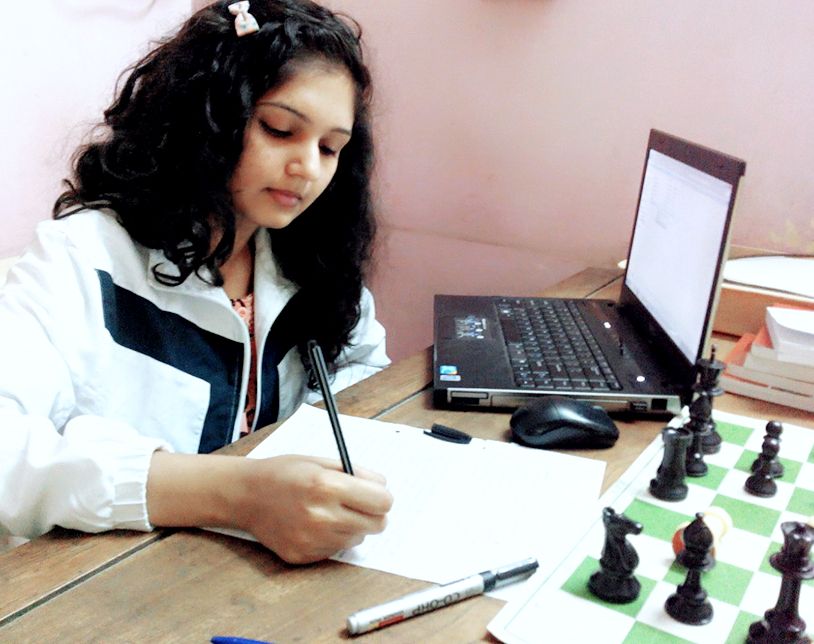 Rucha is one of the few Indians to have written a chess book. You can buy the e-book from here.

RP: Well, yes and no. It can affect if we let it. I like to try new things. I am managing all these and I think it is possible because these things are related to chess in some way, and I love this game. Also, I am studying, by the way, post graduate course in literature. Managing can get tough at times, but I tell myself I am tougher and get along.

SS: How did you decide to play two events at the Aeroflot Open. Were you not afraid that you would not be able to physically sustain? 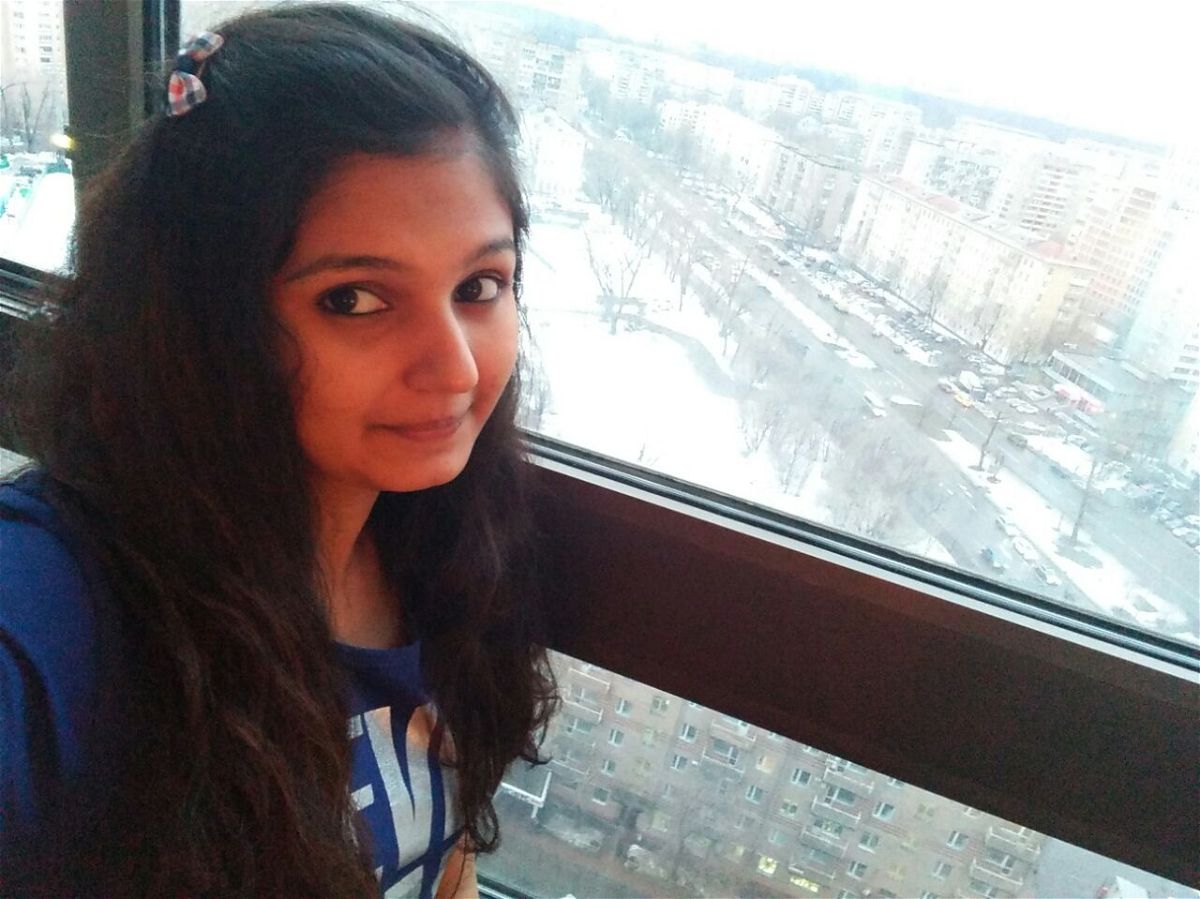 'Picture with the snow from the room.'

RP: I was planning to play in Aeroflot B, and I wrote to the organizers asking them if I could play in both B and C tournaments (above 2300 and below 2300), which they accepted. I was very excited to be able to play in such strong tournament and was looking forward to it since long. I don’t think I was afraid with my decision at any point. I was amused once for sure when I went there and was informed that I might be the only player playing in two tournaments. I took two tournaments as two opportunities for playing well, and it turned out successful for me. 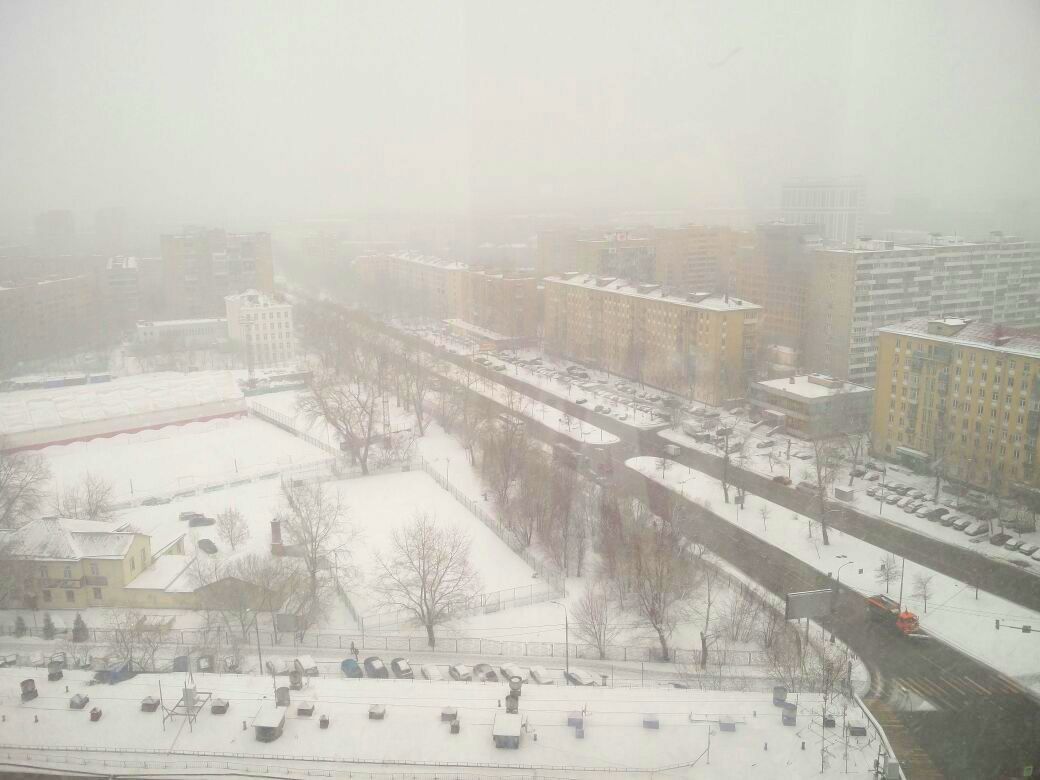 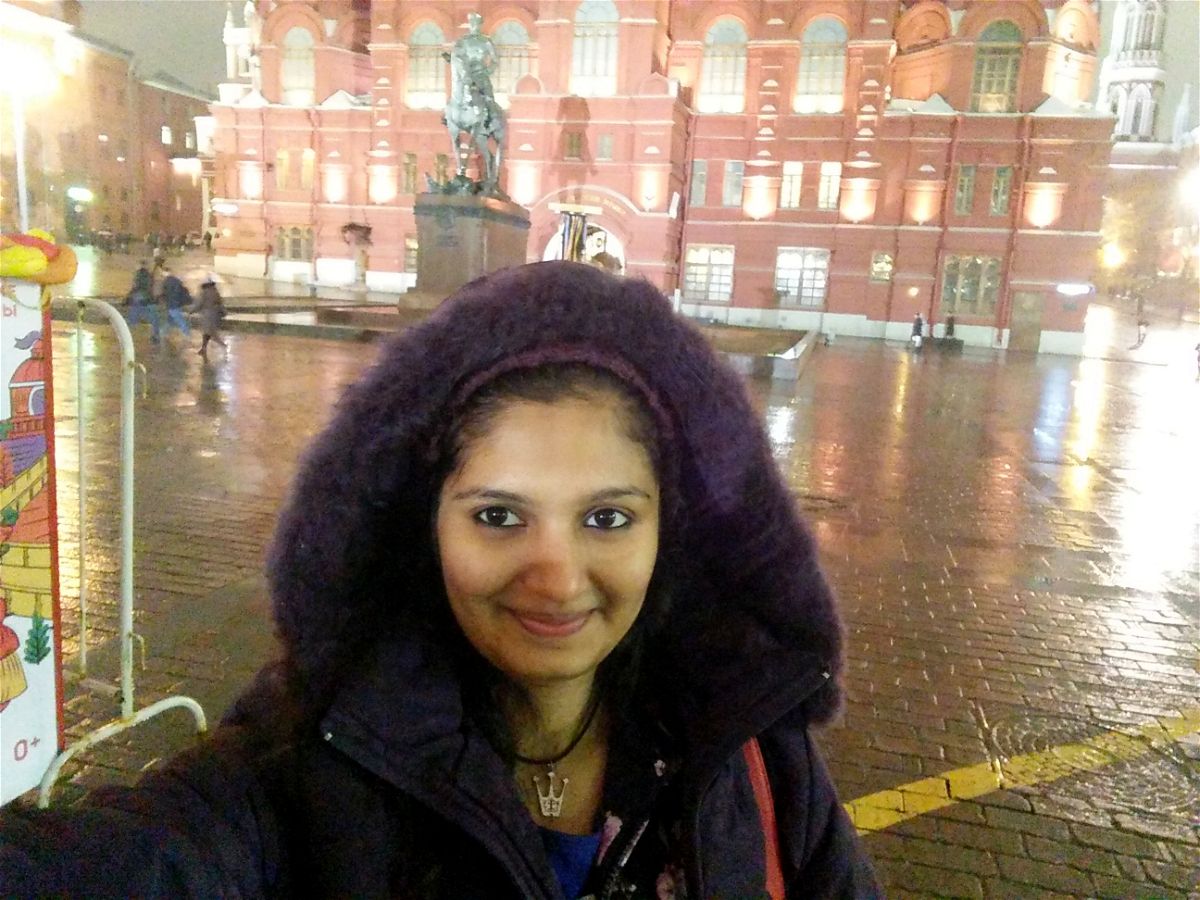 'Real feel to be in Russia!'

SS: What exactly went right for you at the Aeroflot Open?

RP: My schedule there was quite tight. C tournament game started at 9.30 a.m. and B tournament game at 3.00 p.m. Every day I would play for more than 8-9 hours, and with very strong players. I feel it was quite important to me that I started the tournaments well and scored points, and that made me happy and wanting to play more. My mindset was different; I was not thinking about anything but to play 18 games, one at a time. Maybe it was a good thing that because I was playing two rounds every day, I didn’t get time to think about other things like ratings and norm.

It was helpful for me that I had a good tournament before going to Moscow, National Teams where I had scored 4.5/5 gaining around 30 Elo points. I was working on chess and on myself and that gave me confidence and positivity, and I feel the combination of these things is what worked for me here. 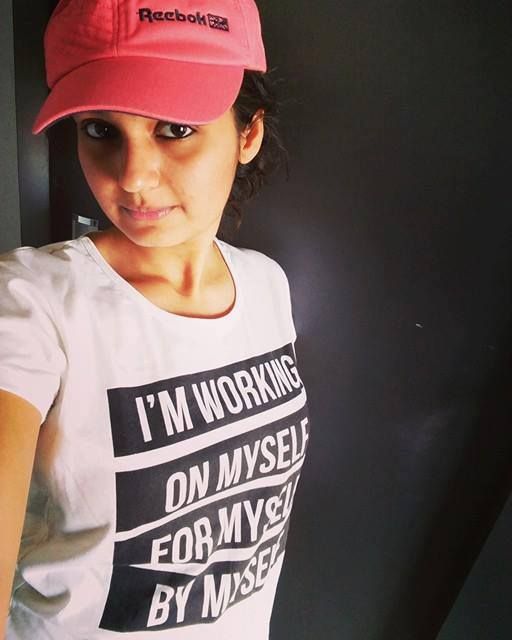 'Taking this success as a motivation to work even harder and reach new heights.'

We asked Rucha to send us her favourite game and she chose her round one victory in the B-category against Shant Sargsyan. Here's an important position for you from the game: 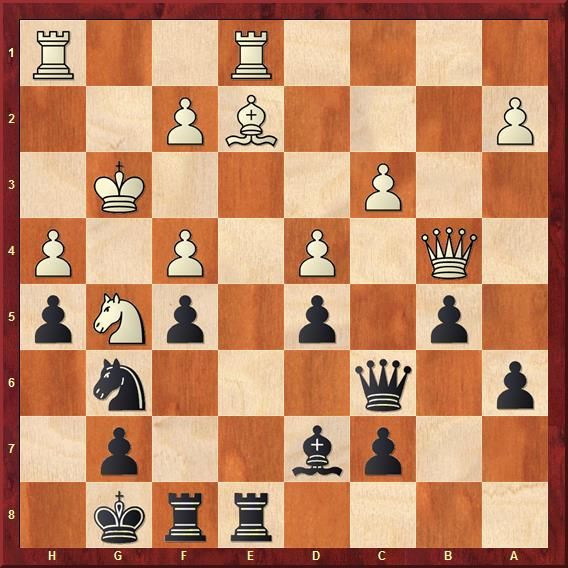 RP: The first game of the tournament, I like it because this victory gave me a good start to the tournament. Also finding 27...Re4 and then later converting the advantage was quite satisfactory. 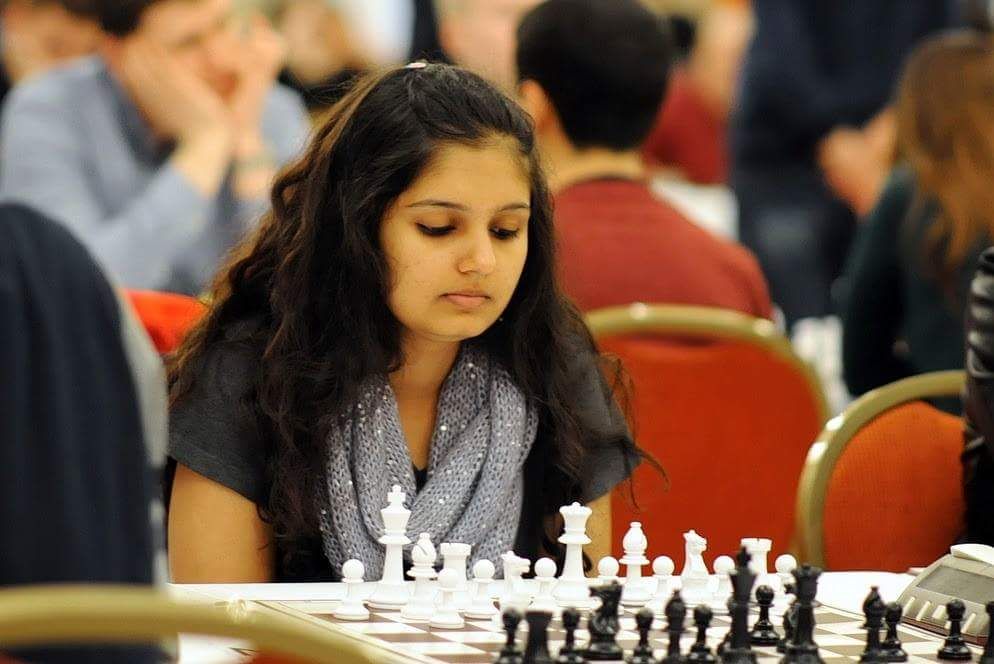 SS: Now that you have achieved your WIM title, what are you next aims? Do you think a person can be successful as a player, coach as well as a writer?

RP: My next target would be to climb the next step and become WGM, and cross 2300 rating. Also, I want to understand my game more, what works for me, and keep getting better as a player.

To your second question, Yes, I think it is possible. I am sincere when I work and for me having different roles has increased my capacity, be creative, increased my love for the game and made me a better person. 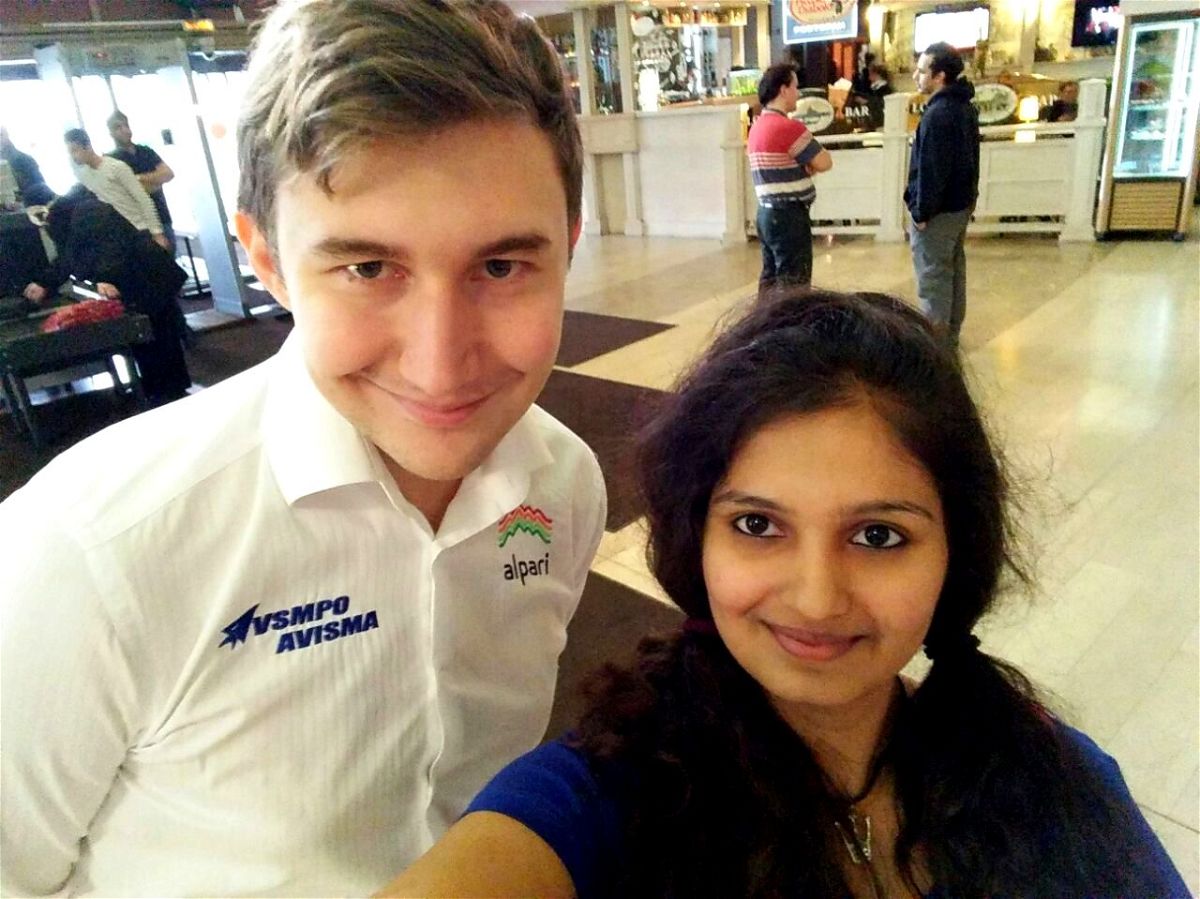 SS: There are many young girls out there who are taking up chess. What would be your advice to all of them?

RP: Chess is a great game to learn especially for kids because we learn a lot of things from this game like concentration, discipline, focus, dedication. I promote this game wherever I go, and I would definitely recommend everyone to learn this beautiful game.

To young girls I will say- Work hard, follow your dreams. If we keep going in the right direction we will achieve all our goals, some immediately, some eventually. And believe in yourself, I think it is very important.

A huge amount of work on the article was done by Hinduja Reddy, who is not only an editor but also the social media and communications head of ChessBase India.

Training your chess with Rucha Pujari