Why not study chess with Magnus Carlsen, Wesley So, and MVL?

ChessBase Magazine #174 is out! With analyses by World Champion Magnus Carlsen, Boris Gelfand, Wesley So and Maxime Vachier-Lagrave, tournament reports, a masterclass from Biel with Maxime Vachier-Lagrave and lots of training material. Not to forget the opening surveys that help you to get inspiration for your opening repertoire and to surprise your opponents in the opening. Stay ahead of your competition, you need this!

Why not study chess with Magnus Carlsen, Wesley So, and MVL?

You are playing a chess tournament soon. All your rivals and friends (and foes, of course) are competing in this event. You need to prepare if you want to beat them or fight for a good prize. You could open your opening database, but the huge amount of chess variations bores you. It is just too much for you. You need a simpler way to understand everything and win games.

Old examples are becoming outdated. Positional chess theory, opening theory, and even endgame theory has advanced so much that examples from the past are simply not powerful enough. You will need training material for improving your chess that is modern and fresh, right? What if you get the WORLD'S BEST PLAYERS TO TEACH YOU CHESS for just Rs. 699/-? 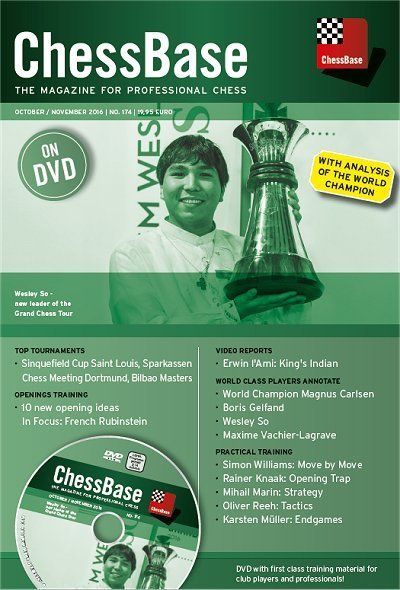 The ChessBase magazine 174 is here! PRICE: RS. 699/-; costs lesser than a family outing for a weekend movie.

When was the last time you understood deeply what positional theme, or exact calculation, Magnus Carlsen was thinking about while playing a high-level game? If you run up to Magnus after his game and ask, 'Hey Magnus, why did you play this move?' or, 'Hey Magnus, what thinking process do you use to make these strong moves?', there is a good chance that he will not answer you!

But in the ChessBase Magazine, CBM 174 that is, Magnus Carlsen will sit with you and explain in detail his thought process! You get to see how a living World Champion himself thinks! 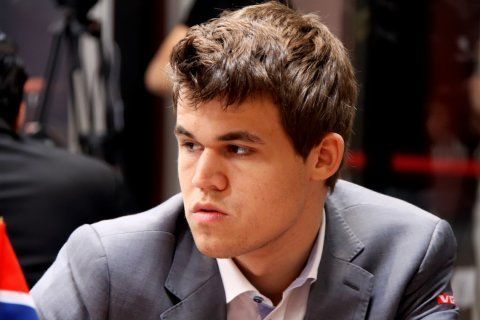 Magnus analyzes in great detail his win over Wesley So in the Bilbao tournament that he won comfortably. The complete analysis is available in PGN! Use it the way you want. 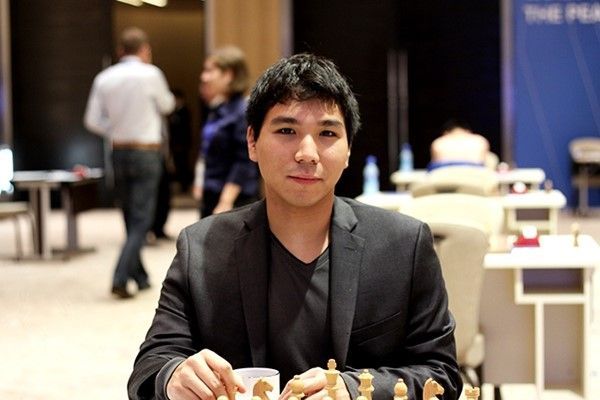 Wesley So is a super grandmaster of amazing talent. Even he will explain his thought process to you by analyzing his win over Veselin Topalov from the Sinquefield Cup, a tourney that he won. 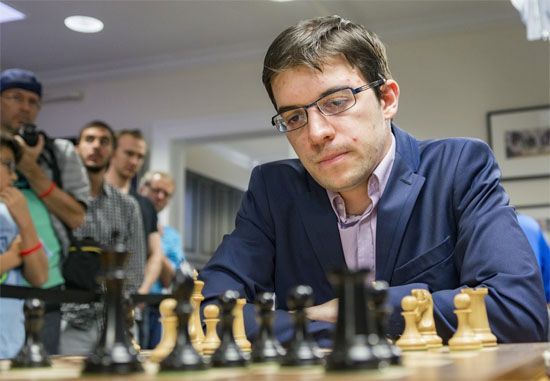 Maxime Vachier Lagrave, famous as MVL, is currently the world No. 2! MVL has explained in great detail two important games in CBM 174!

MVL has analyzed his win over Fabiano Caruana with the black pieces in a Sicilian Najdorf. In CBM 174, he does so in a video-interview. MVL is by far the best player in Najdorf positions and you will also learn from THE BEST! But that is not all, the World No. 2 has also analyzed his tricky win against Peter Svidler from the Biel tournament in great depth!

You can find the games anywhere online. But will you be able to find how MVL made those moves and found them? His thinking system? You can find it only in CBM 174. 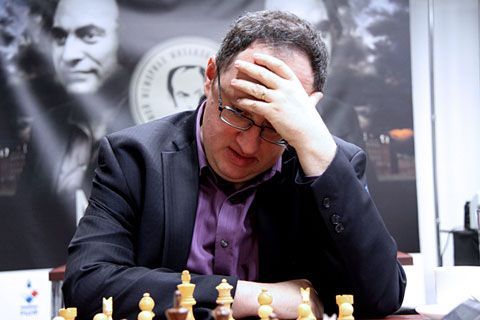 The legendary Boris Gelfand has analyzed a surprising mating attack from his own game. The 2016 World Championship is coming soon and Daniel King has analyzed Magnus Carlsen's destruction of Sergey Karjakin in his inimitable style in a detailed video.

And not just Daniel King, there are many other video interviews! Moreover, CBM 174 has deep analysis and reporting of the Sinquefield Cup 2016, Dortmund 2016 and Bilbao 2016; not to forget the famous CBM Opening Surveys! Want more details? Click on the link below.