The Myanmar Chess Federation organized the Asian Seniors Championship 2016 from 27 October to 04 November at Hotel Hazel, Mandalay, Myanmar. The tournament was held in two categories — for players aged above 50 and 65. India's 69-year-old IM Wazeer Ahmad Khan won the gold in the 65+ category where 18 players competed. The tournament had 56 players from 12 countries competing for the medals. We have a quick report.

69-years-old IM Wazeer Ahmad Khan of Rampur in Uttar Pradesh is the Asian Seniors 65+ Champion. He began the event as the fifth seed... 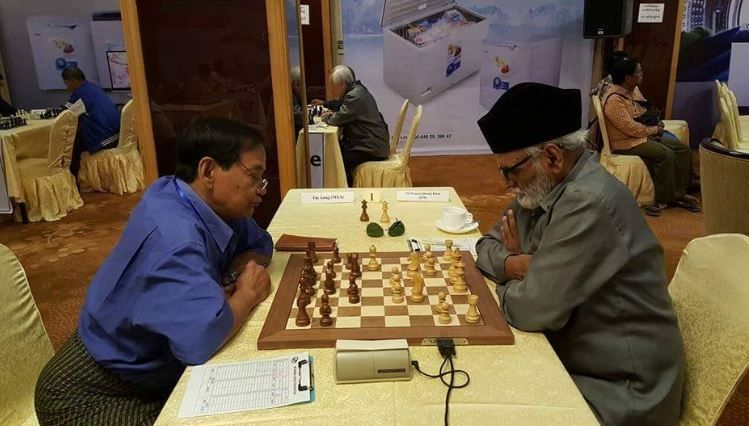 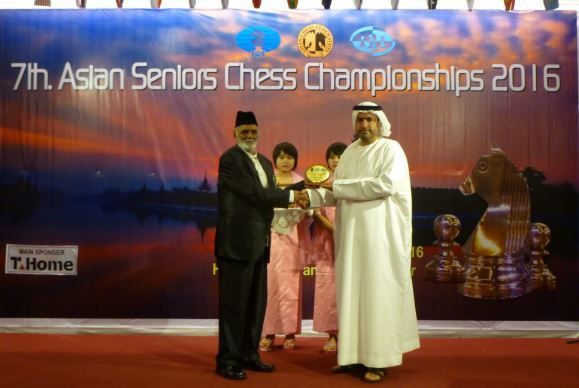 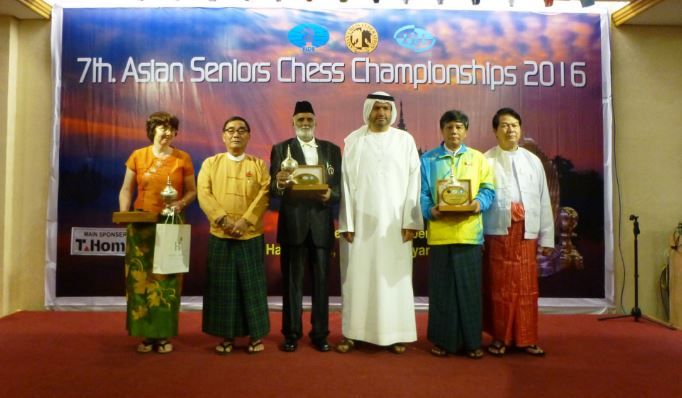 New Zealand's CM Helen Milligan (2053; extreme left) was declared the women's champion — she was the only woman competing in the entire 56-player event — while Myanmar's Myint Han (2281; second from right) won the Asian Seniors 50+ Championship with 8.0/9.