Vishy solid as ever, holds Topalov to an easy draw

Topalov didn't expect that Vishy would play the same opening system with Nbd7 and Bb4 again, after the Indian ace had played it against Anish. But Anand showed that he had faith on this system and the work he had done on it. The result was a completely fine game for Vishy right out of the opening. He even started getting ambitious and pressed the Bulgarian for a while in the endgame, but the advantage was just too minute. In the end the players agreed to a draw and Vishy maintains his third spot. Detailed analysis by IM Sagar Shah from Moscow.

Round eight article in the popular online news website : Firstpost 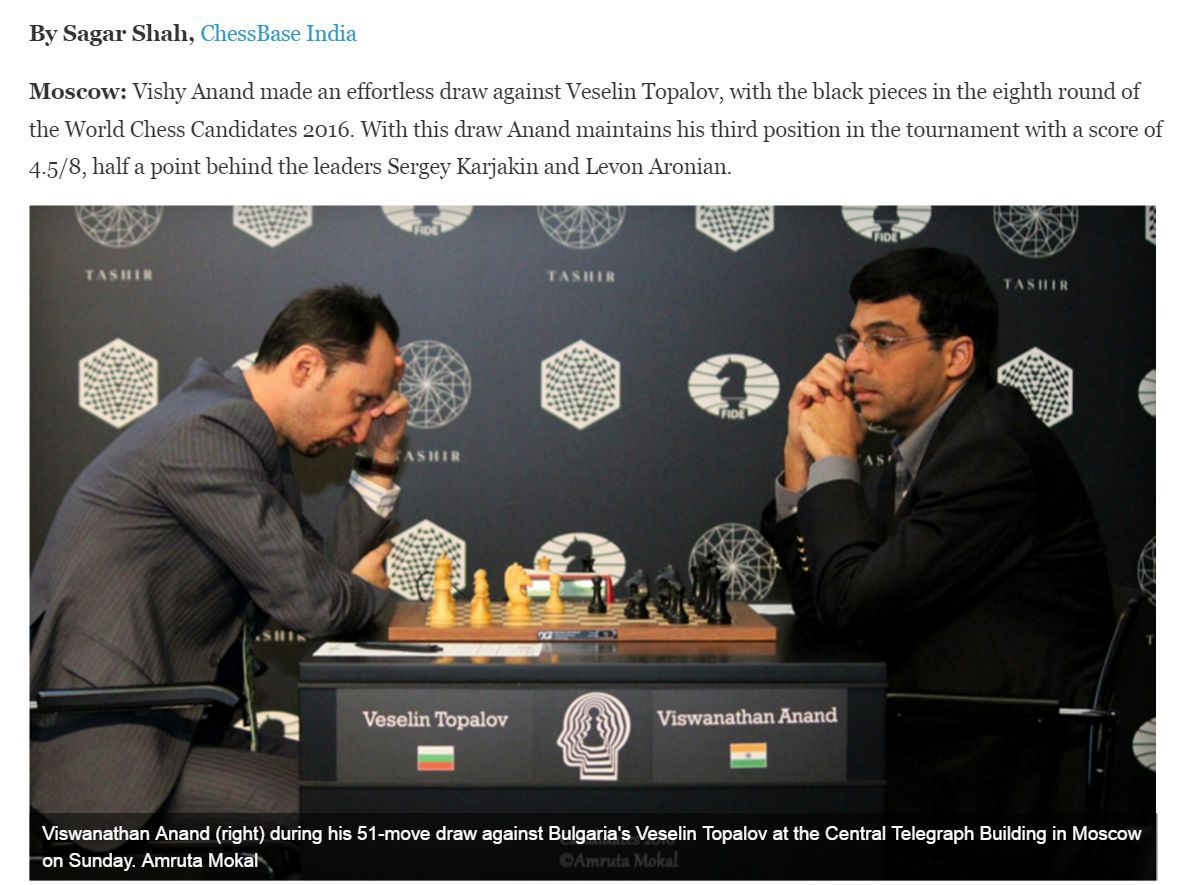