It's been nearly 15 years since Vishy Anand has been playing for the Baden Baden team in the German Bundesliga. Sixteen teams fight against each other in the strongest chess league event in a round robin format. Fifteen rounds are spread out over a period of seven months from October to April. Vishy Anand played only four games for Baden Baden this season. He scored 3.0/4. On 29th and 30th April rounds 13 and 14 were held and Vishy managed to score 1.5/2 with a draw against Robert Ruck and a win against Erwin l'Ami. Deep analysis of these highly interesting battles.

India has become a super power in the chess world. Anand and Harikrishna are right at the very top and we have a horde of talented youngsters backing them up. We have chess academies spread all over the country, capable chess coaches, employment for top players in public companies and even private companies ready to sponsor young and upcoming talents. If there is something that India lacks in a big way it definitely is an Indian chess league.

Almost every top chess country in the world has its league - Russia, China, Germany, France, Netherlands etc. you name it. It still baffles me as to why All India Chess Federation, which is such a powerful organization and has taken so many innovative steps in the past, is not thinking seriously about coming up with an Indian chess league. One of the biggest advantages will be best players from all over the world will travel to India and play against our players. Imagine a youngster like Praggnanandhaa or Nihal Sarin playing in the same team as Vishy Anand, Levon Aronian or MVL! What a learning experience for them! 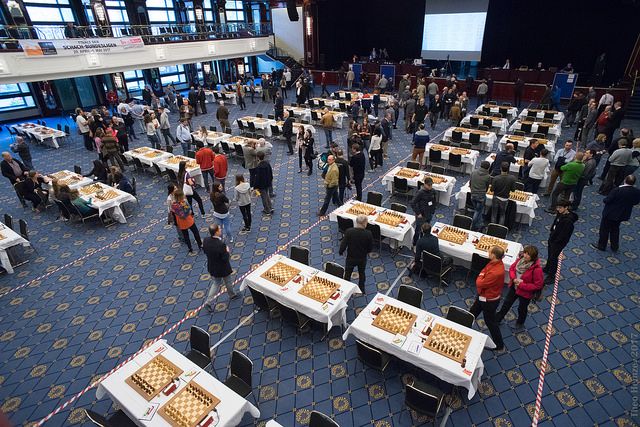 The biggest chess league in terms of prize money and stature in the world is definitely the German Bundesliga. 16 teams play a round robin event of 15 rounds over a period of seven months. The last three rounds of the 2016-17 league were held on 29th, 30th April and 1st of May. 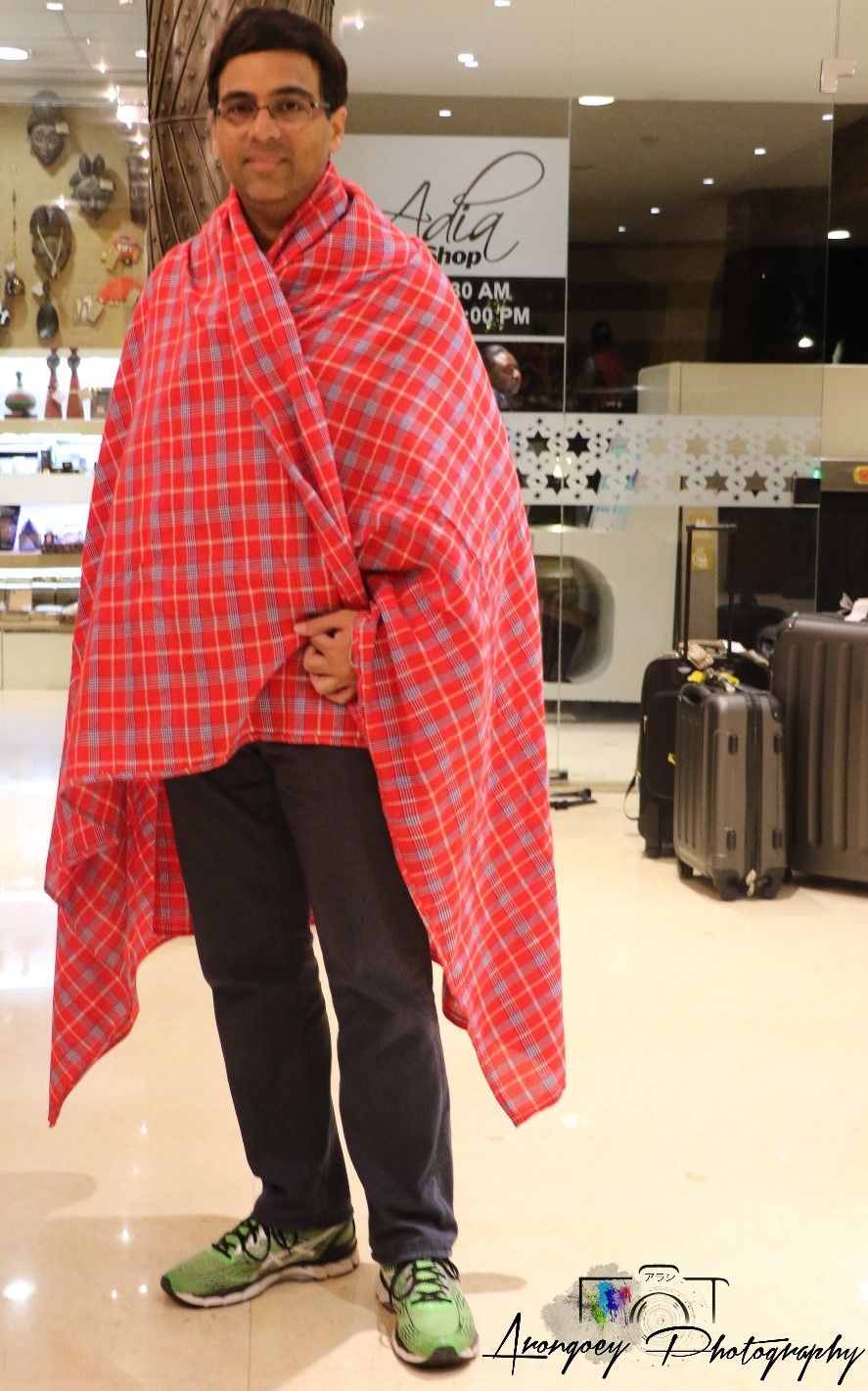 After his promotional activities in Kenya... 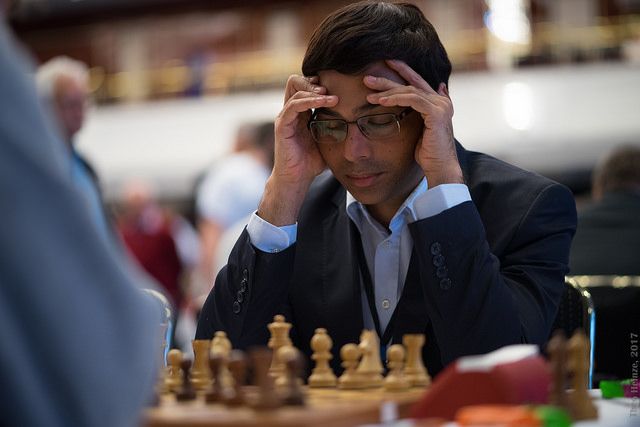 ...it was nice to see Vishy back on the chess board

Anand played for the team Baden Baden in the 13th and 14th round with the white pieces. In the 13th round he was up against Hungarian player Robert Ruck. 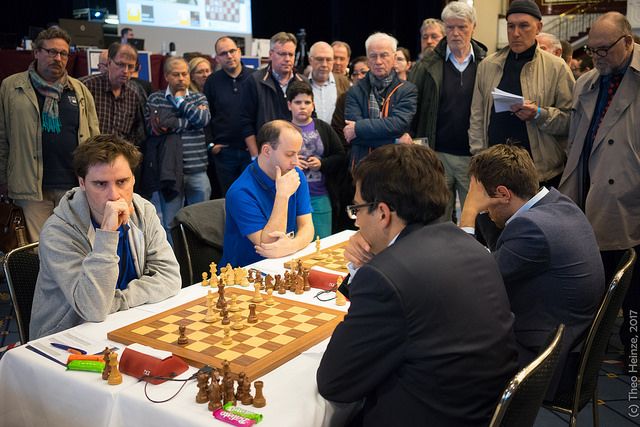 Ruck, playing for Schwegenheim, played some motivated chess and had the former World Champion on the ropes 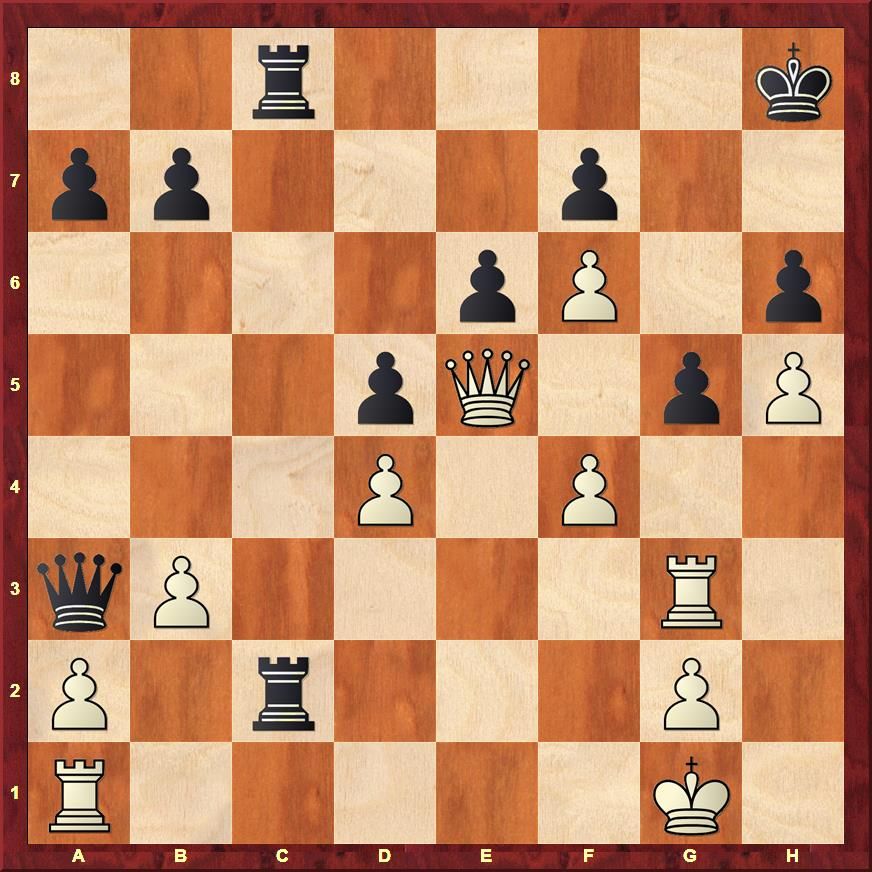 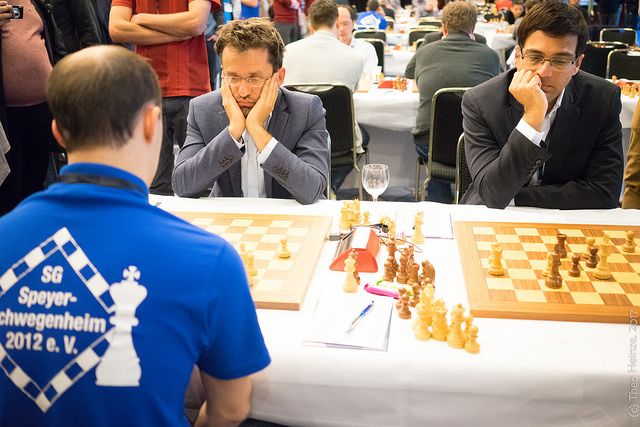 Anand and Aronian playing for the same team!

The draw against Robert Ruck was some sort of rude awakening for Vishy, who went to the 14th round in an inspired mood. His opponent was the strong Dutch grandmaster Erwin l'Ami. Erwin played some sort of a hybrid of 3...Bc5 in the Ruy Lopez and Schliemann. Anand soon got a comfortable position, much easier to play for white. 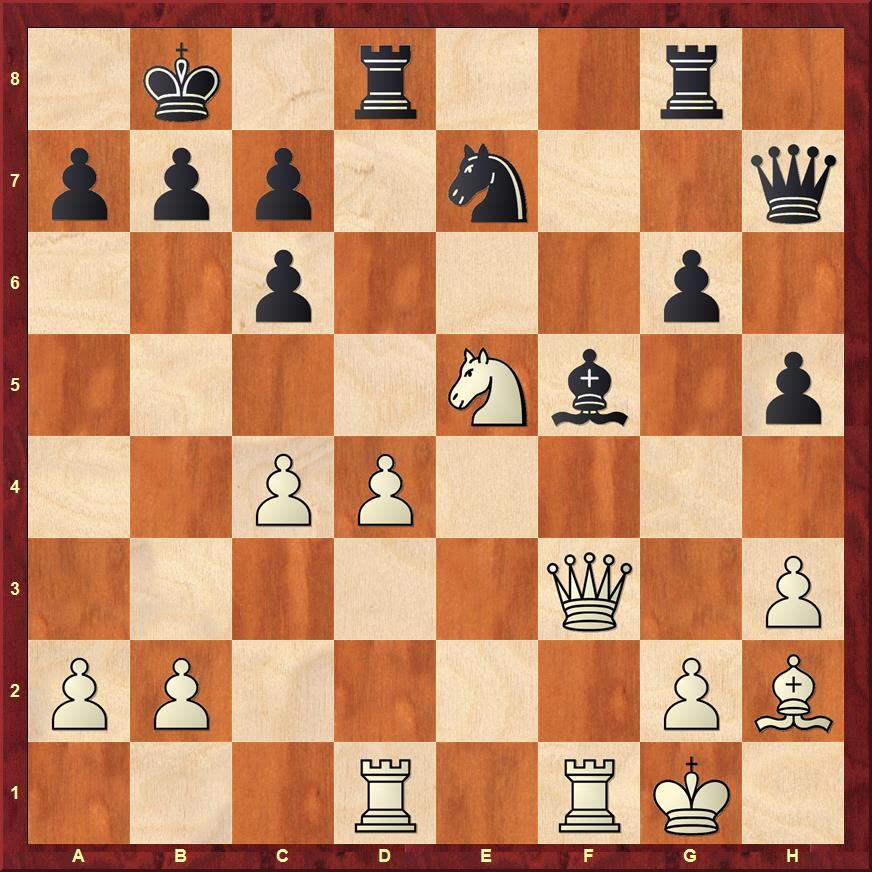 How would you continue as White here?

Anand played some brilliant chess starting with 21.g4! Every move after that point was a treat to watch. It is obvious that a move like g4 weakens your own king, but Vishy had assessed the dangers accurately. He used his piece activity to play with computer like precision and force l'Ami to resign. 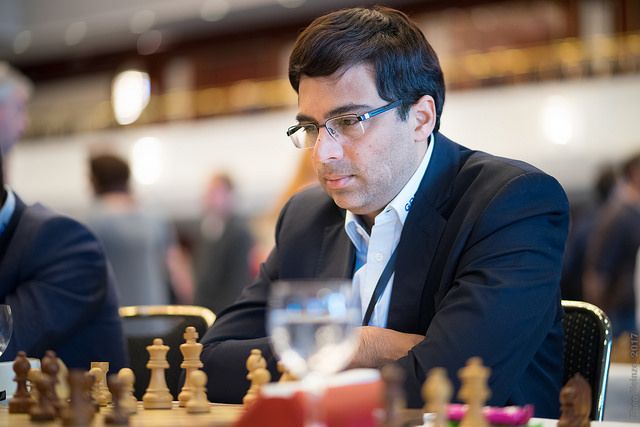 The super strong Baden Baden team. Caruana, MVL and others with their winner's trophy. Anand and Aronian had already left for some other commitments.

Anand will be giving a master class in Marrakech, Morrocco from 4th to 8th May. 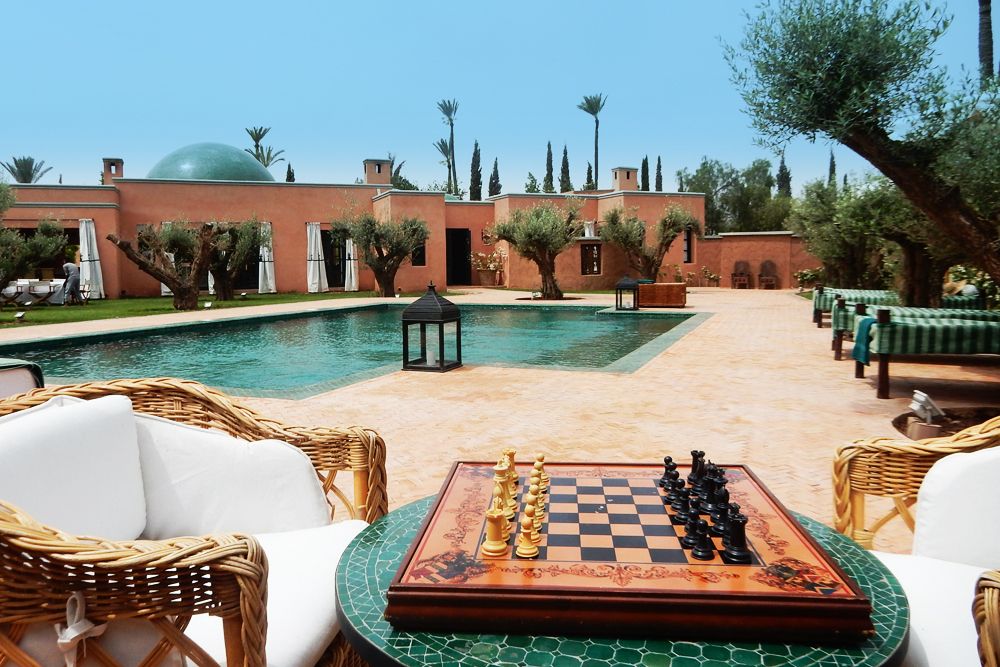 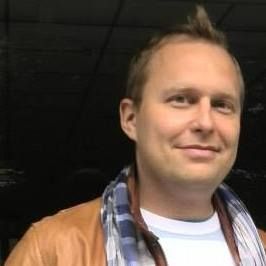 All pictures in this report have been taken by Theo Heinze.