GM Vishnu Prasanna's camp on how he became a GM

India has 47 grandmasters as on today. The pace at which we are growing it won't come to us as a surprise if we reach 100 GMs within a couple of years. And grandmasters sharing their success journey will only expedite the process. GM Vishnu Prasanna is a very serious coach, but more than that he really wants to help other chess players improve. With this aim in mind, a coaching camp is being held in Telangana from the 24th to 28th of May 2017. Details of the camp and more.

Vishnu has some huge achievements to his credit, few of them being National Juniors Runners-up in 2007, Winner of the Figueres International in Spain, has a current Elo of 2538, and has beaten strong GMs like Parimarjan Negi, Ivan Popov, Emil Sutovsky etc. He also assisted B. Adhiban as a second at the Tata Steel Masters 2017. Adhiban surpassed all expectations and finished third ahead of Karjakin, Aronian, Giri etc. After the tournament Adhiban said, "Vishnu’s role was to make sure I wouldn’t lose in openings. Judging by my performance, I can say he performed his role to perfection." 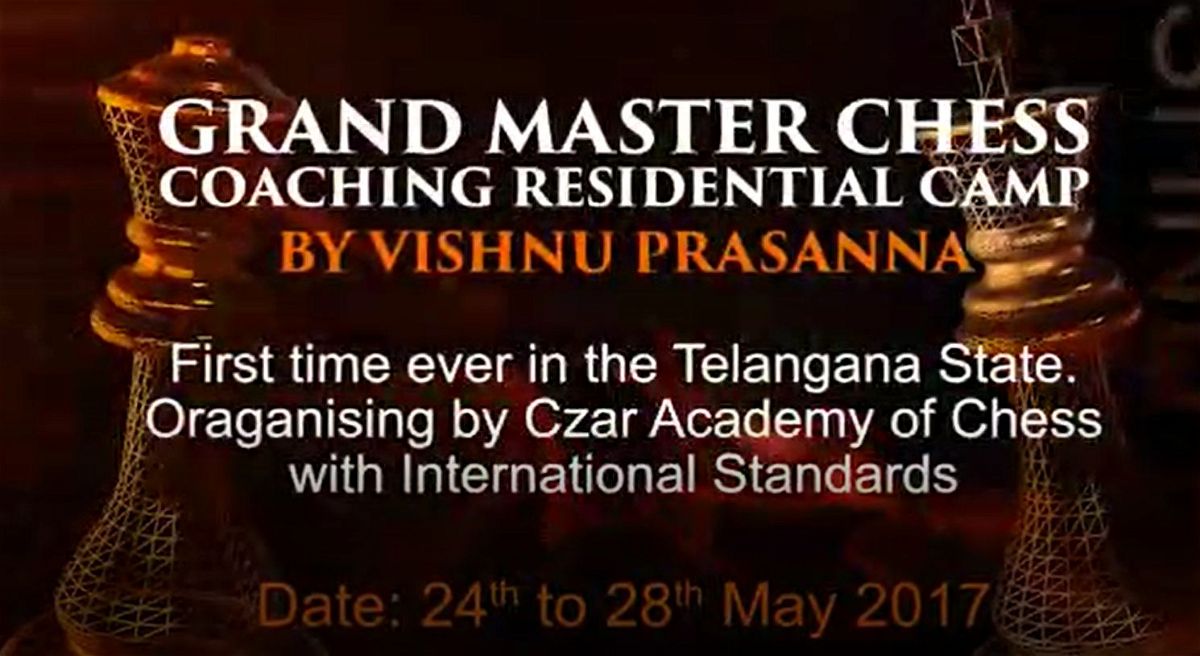 The main aim of the camp is to let the students know what it takes to become a grandmaster. Vishnu will share his journey of how he made it to the highest title in chess. Along with it he will also reveal some of the secrets that helped Adhiban to play so well at the Tata Steel Masters.

This is surely a great opportunity for the youngsters to learn from an experienced player and trainer.

The address and the fees of the camp. In case of more questions you may contact the mobile numbers given.

We started off with the ChessBase India show with GM Vishnu Prasanna as the guest. In fact the first two shows were held with him. Since then we have had many more grandmasters to the show like Jacob Aagaard, R.B. Ramesh, Abhijeet Gupta, Eugene Torre and Utut Adianto.

However, we at ChessBase India are forever grateful to Vishnu who came to the ChessBase India studio in Mumbai and helped us make a strong beginning. Here are both the shows for you to download and view it in your ChessBase program or ChessBase Reader (provided in the download).

The first show deals with Vishnu showing us some potent weapons against the Grunfeld and how he dismantled strong players like Ivan Popov and Parimarjan Negi with the white pieces.

We are sure that you enjoyed the first ChessBase India show. If you did, you can download the second show from the link given below. It mainly covers Vishnu's role as the second of B.Adhiban at the Tata Steel Masters 2017. 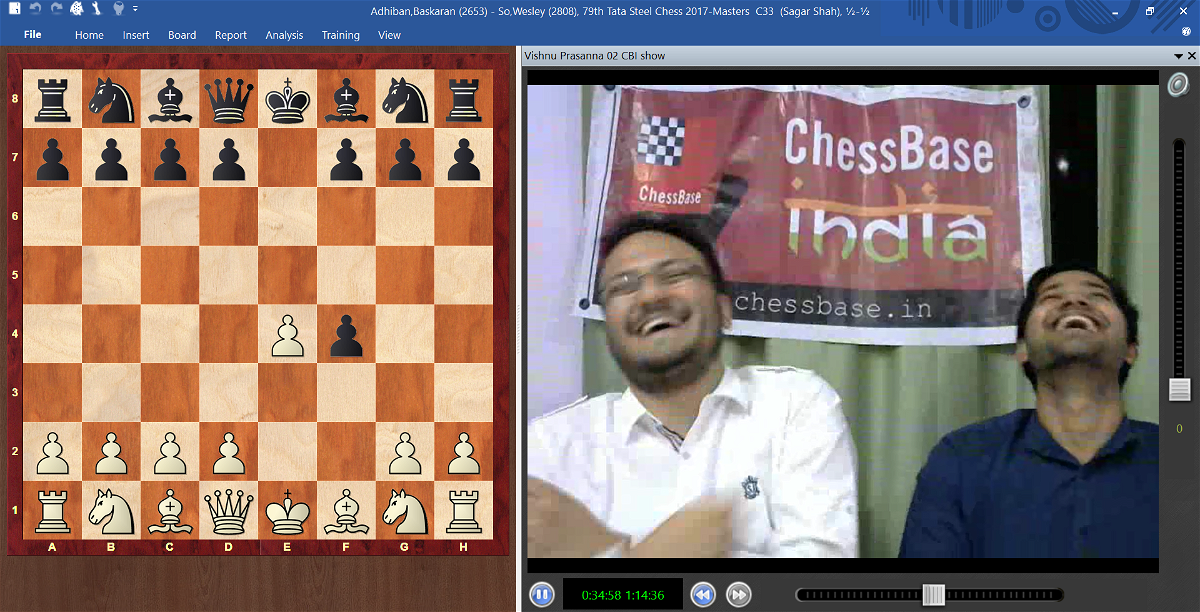 Those two shows that I did with Vishnu were really great fun!