The SBI All Maharashtra rating tournament was held from 18th-22nd November in Mumbai. The tournament held by Praful Zaveri and Indian Chess School was won by the strong IM from Mumbai Vikramaditya Kulkarni. We have some very nice pictures from the venue as well as some game analysis.

The first grandmaster that emerged from Mumbai was GM Pravin Thipsay in the year 1997. It's been 18 years and the city is still searching for its next GM. One of the main reasons for this is the lack of good rating tournaments available to the players of Mumbai. Rapid events are being held all the time, however, quality long time control games are a rarity. With a view to change the chess scenario in the financial capital of India, Praful Zaveri and the Indian Chess School organized an all Maharashtra rating tournament from the 18th to the 22nd of November 2015. 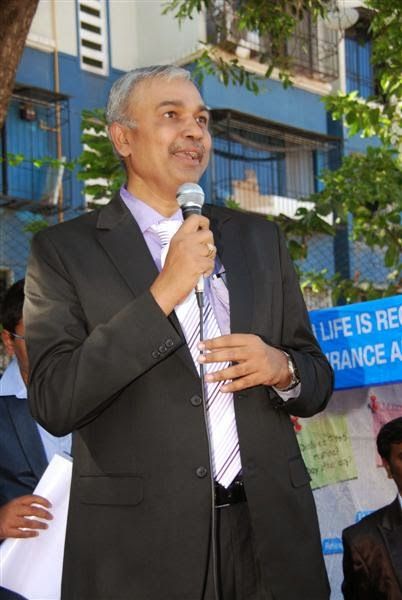 The time control of this ten round event was one hour thirty minutes with an addition of thirty minutes after forty moves and an increment of thirty seconds from move one. With this time control, games could last almost five hours, and having two rounds a day meant hard work for the players. 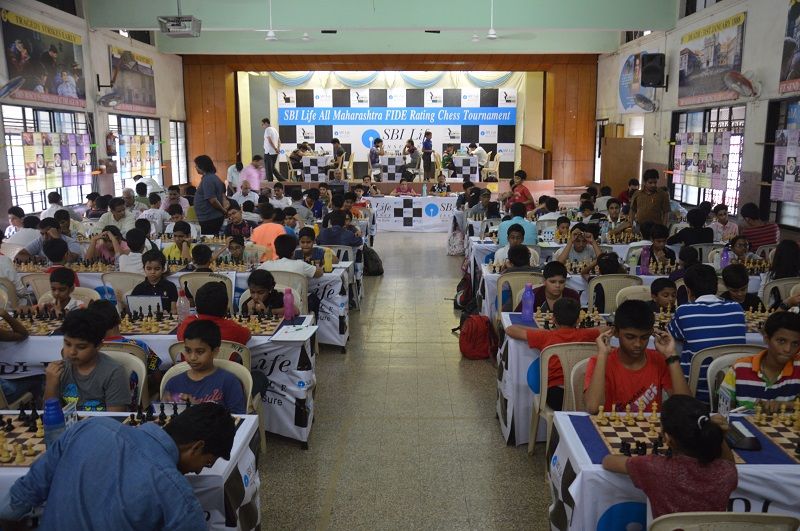 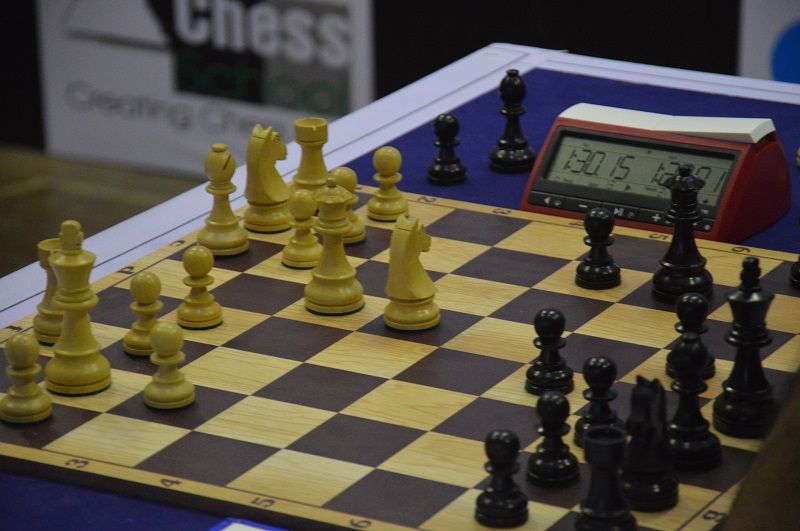 Nice wooden sets were used in the tournament 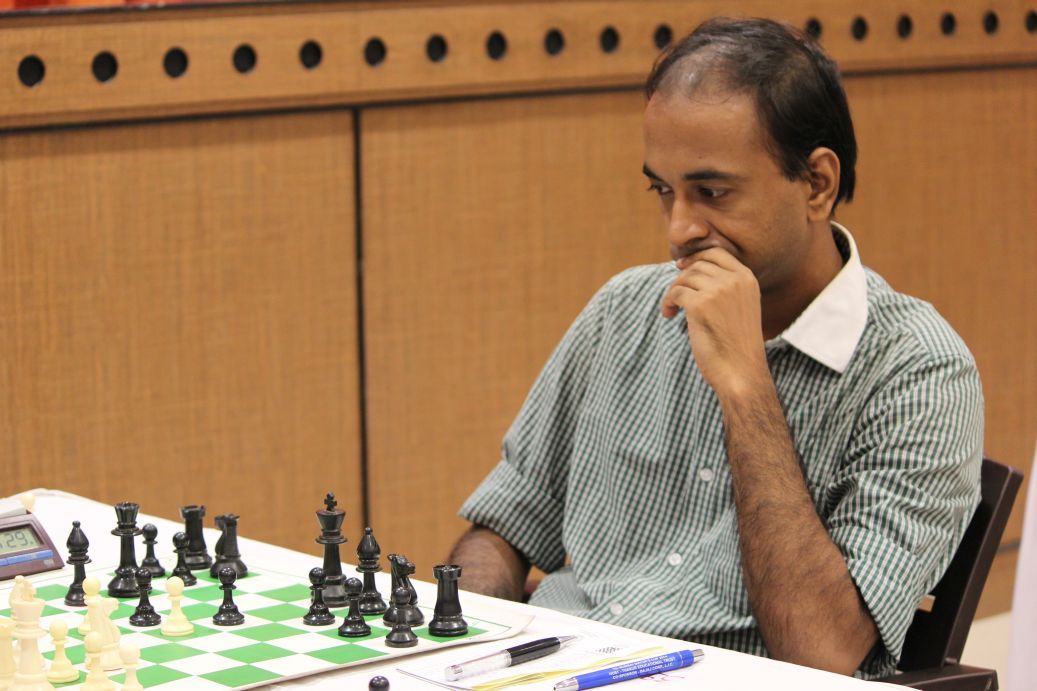 Vikramaditya from Western Railways justified his billing by winning the event with 9.0/10. For a player of his calibre this was an expected performance. In 2012 March, the Mumbai International Master had an Elo of 2465.

In his last round encounter, he defeated Vedant Panesar to remain unbeaten and win the championship comfortably in a field of 310 players. He became richer by Rs.25,000/- and was awarded the B.M. Zaveri Memorial Trophy. 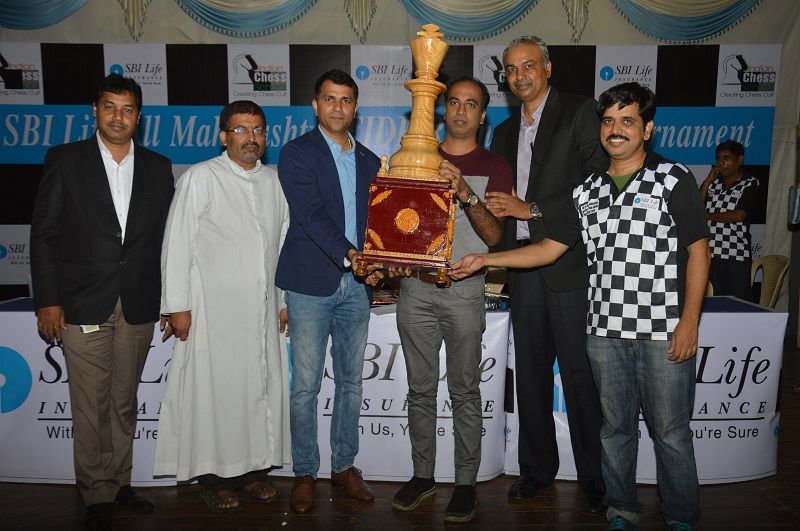 Viku, as he called by his friends, is unable to lift this huge trophy on his own Just to give you an idea about how big this trophy really is! Ridit Nimdia who is just 11 years old hopes he would be able to lift it some day! 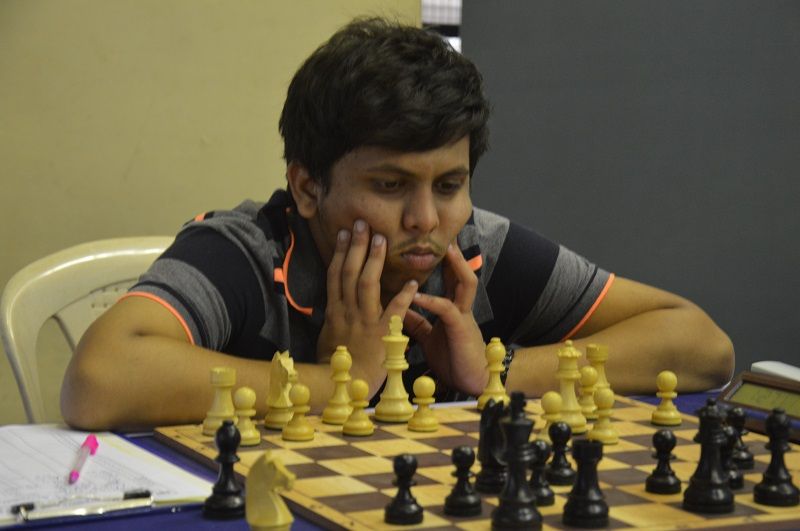 The 2nd place was clinched by Chirag Satkar, who defeated Rajesh Gupta in an all-important last round encounter. Chirag also remained unbeaten throughout with a score of 8.5/10. He was awarded Rs.20,000/-

Ketan Boricha from Mumbai also scored identical points as of Chirag Satkar however, his inferior tie-break pushed to the 3rd place and was awarded Rs.15,000/- 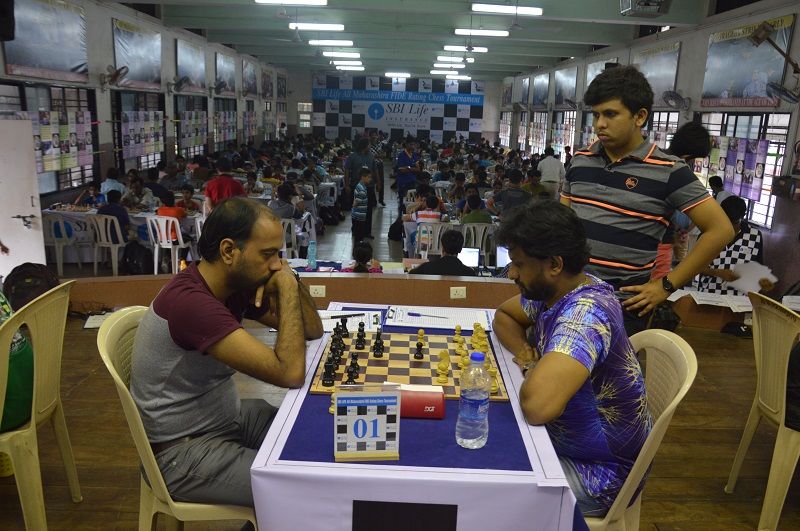 Board one clash between Ketan Boricha (right) and Vikramaditya Kulkarni in progress as Chirag Satkar kibitzes. Ketan who has recently formed the Mumbai Parent's Chess Association is doing some important work in the city. 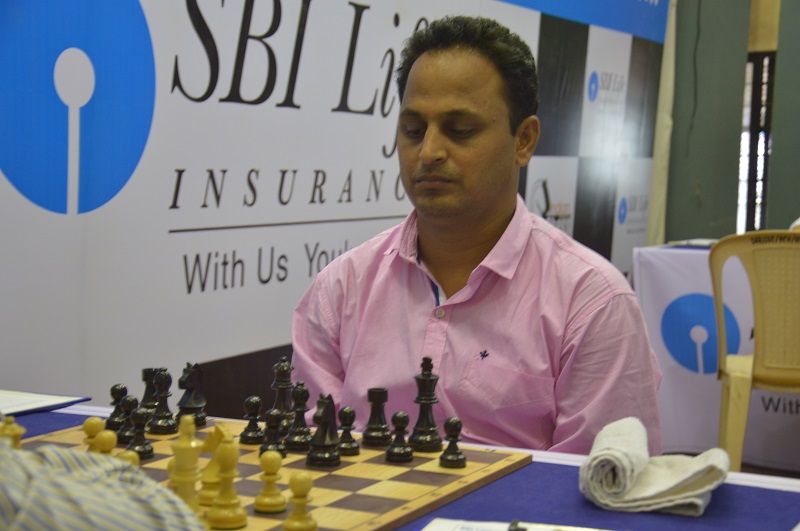 Amardeep Bartakke is quite a prominent chess coach and Mumbai and in spite of his training commitments usually performs well as a player. He finished fourth in the tournament 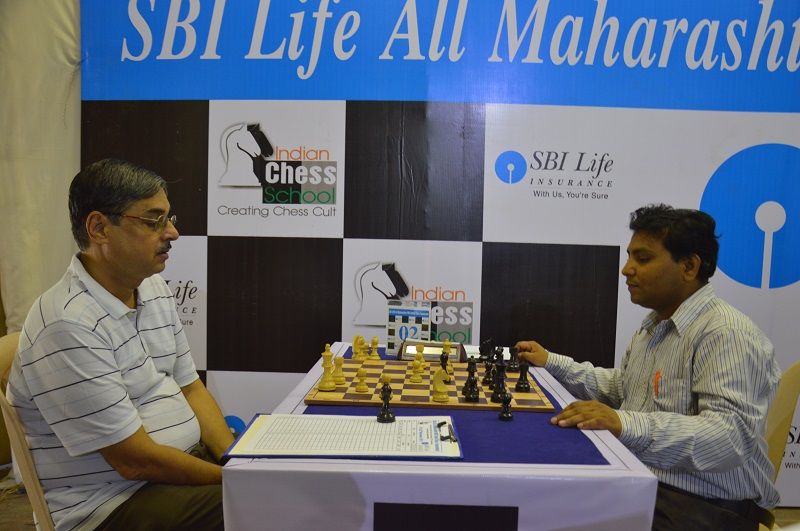 Avinash Awate returned to the game after a long time but was only able to draw his game against Rajesh Gupta.
Rajesh Gupta played a wonderful tournament drawing against Vikramaditya Kulkarni and beating Amardeep Bartakke. His game against the top seed was especialy interesting because of the stalemate pattern which cropped up in a middle game with many pieces on the board. We took his analysis from Facebook and reproduce it here:
[Event "SBI Maharashtra rating"]
[Site "?"]
[Date "2015.11.22"]
[Round "9"]
[White "Kulkarni, Vikramaditya"]
[Black "Gupta, Rajesh"]
[Result "1/2-1/2"]
[ECO "E90"]
[WhiteElo "2303"]
[BlackElo "1685"]
[Annotator "Rajesh Gupta"]
[PlyCount "185"]
[SourceDate "2015.11.30"] 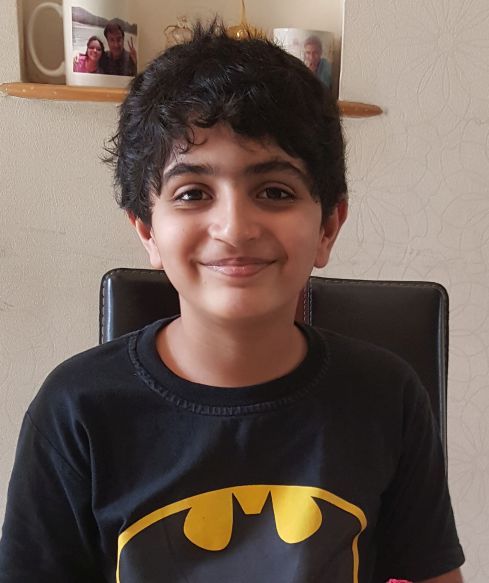 Eight-year-old Raahil Mullick was one of the biggest rating gainers in the event, scoring 7.5/10 and winning 118 Elo points! 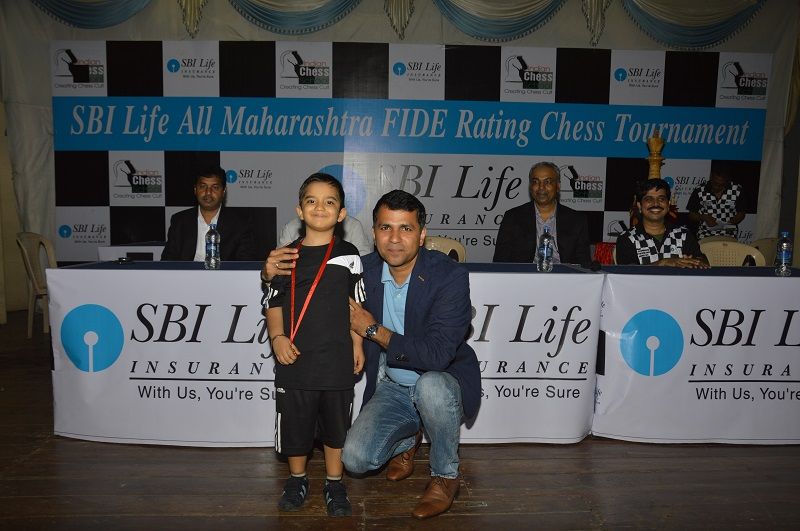 The prize for the youngest participant was awarded to Advay Arora, who had just completed 5-years. The tiny lad from Mumbai scored an impressive 3 points 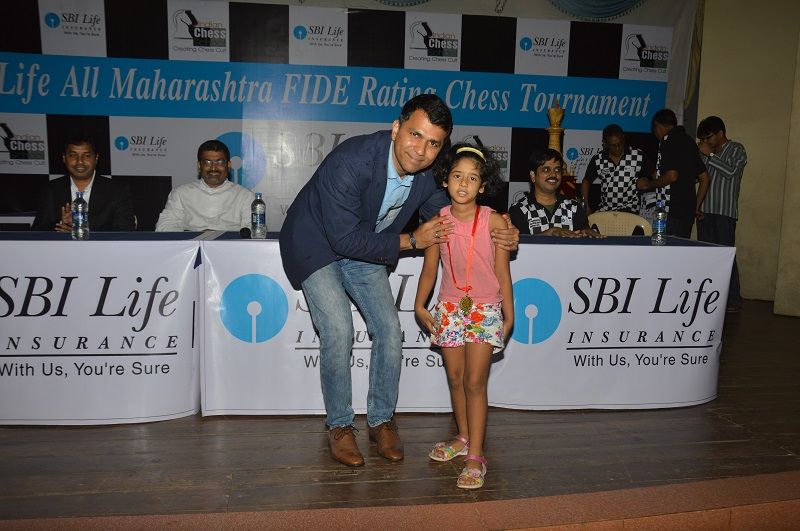 Trisha Krishnan won the proze for the youngest girl participant 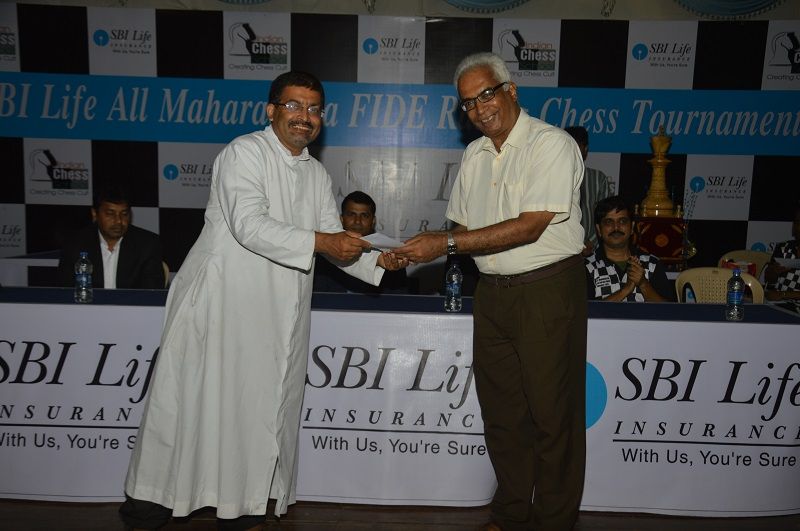 Sangita Jadhav from LIC was declared as the best women player of the tournament. A total cash prize of Rs.1.50 Lakhs and 32 medals were awarded to the winners by Mr.Santosh Chacko, Regional Manager from SBI Life. The tournament was successfully conducted by the Chief Arbiter, IA Vitthal Madhav under the aegis of Mumbai Suburban District Chess Association. 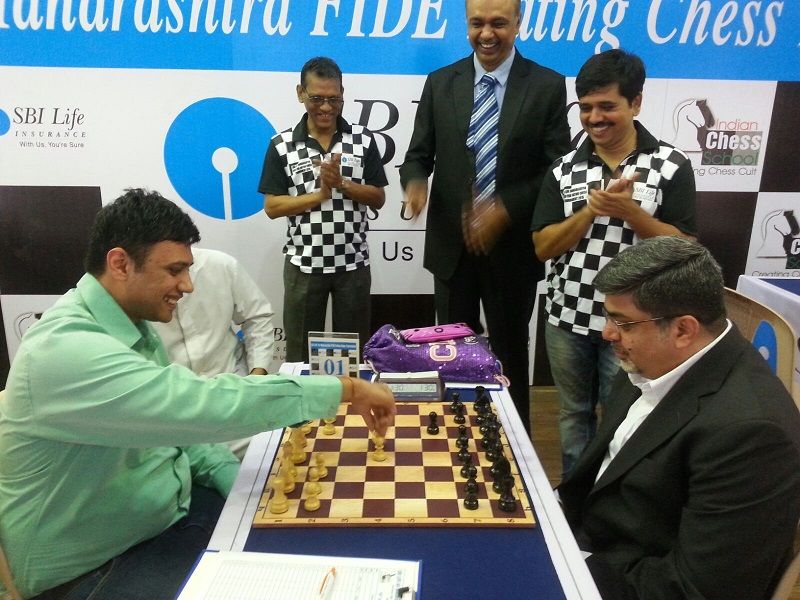 Results of all the participants can be found here