Delhi boy Vardaan Nagpal went to Europe with a rating of 2015. Being born in 2002, he had a co-efficient of 40. He played in five tournaments - First Saturday IM May and June edition, Salento Open, Balaton GM tournament and Montcada Open (which is in progress) and gained a mind boggling 486 Elo points! His live rating as on today (3rd of July) is 2501. That makes him ranked 28th India, much ahead of many grandmasters and almost all the IMs. 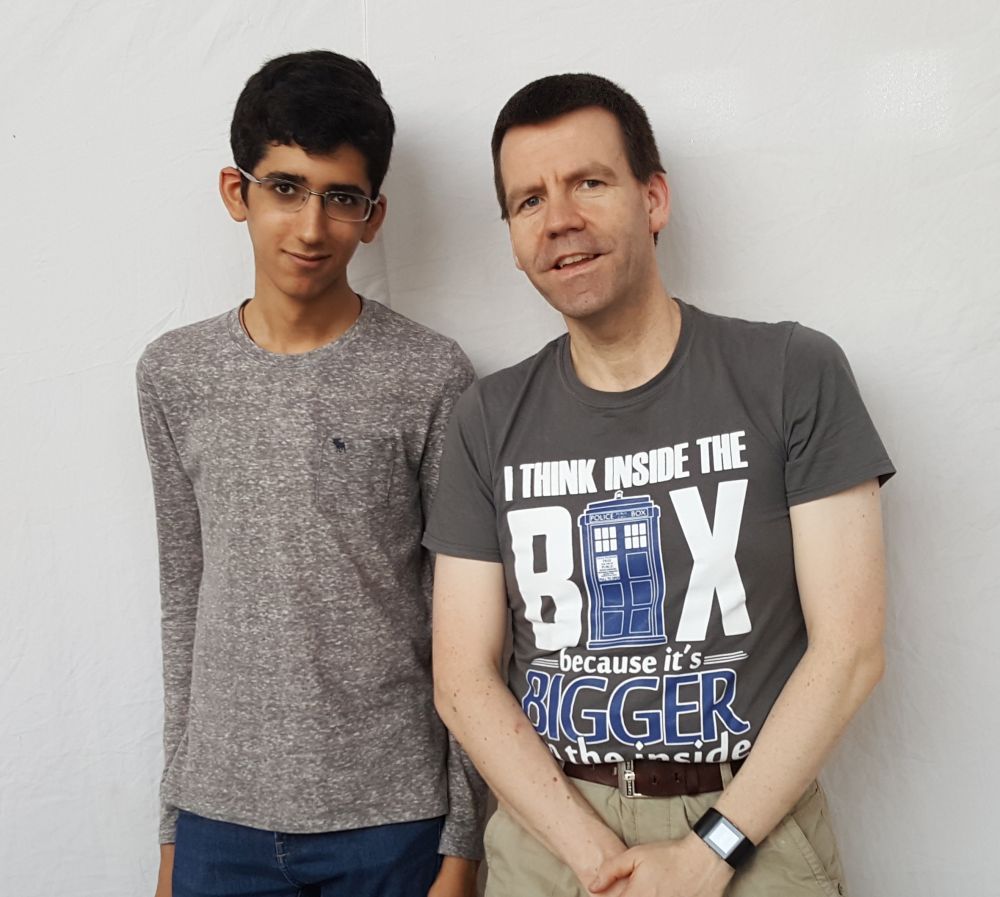 Vardaan gained 114 Elo points in the May edition of the First Saturday IM tournament. [Cumulative rating: 2129] 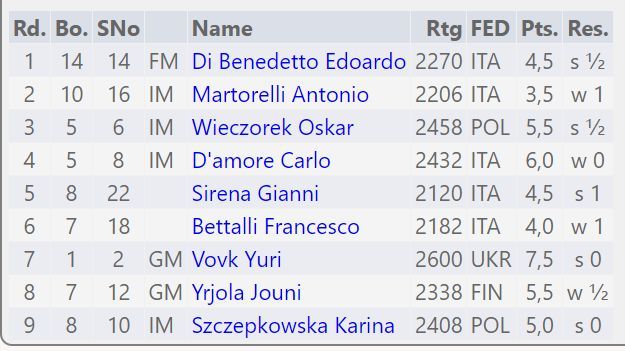 In the 6th Salento Open 2017, Vardaan, with an Elo of 2015, continued his upward trend and gained 119. This tournament was played in May. However, the rating change was reflected on the first of July. [Cumulative rating: 2248]

At the First Saturday IM section in June 2017 Vardaan began with a rating of 2129. He lost the first two rounds, but with two wins and five draws, he managed to gain 61 Elo points. [Cumulative rating: 2309] 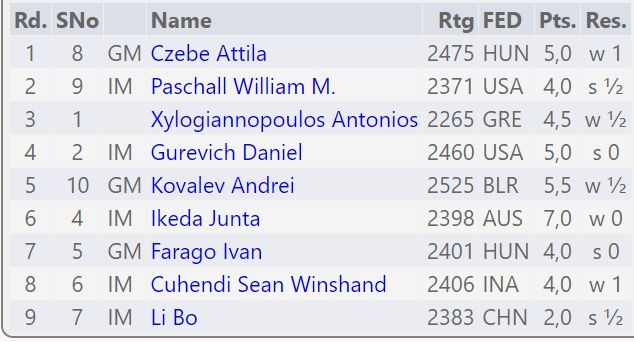 At the Balaton closed GM tournament in Hungary in June 2017 Vardaan managed to beat a GM and an IM and gained 99 Elo points. [Cumulative rating 2408].

Vardaan is born in 2002. As per FIDE rules all players below the age of 18 will have a K factor of 40. Vardaan managed to gained nearly 500 rating points with this K factor. Now his co-efficient from the next tournament will be k=10. One of the biggest gains for him in his chess career is that he would never have to think about his Elo now for becoming a GM. So if he is able to make three GM norms at some point, he would immediately become a grandmaster as he has crossed 2500 in live ratings. 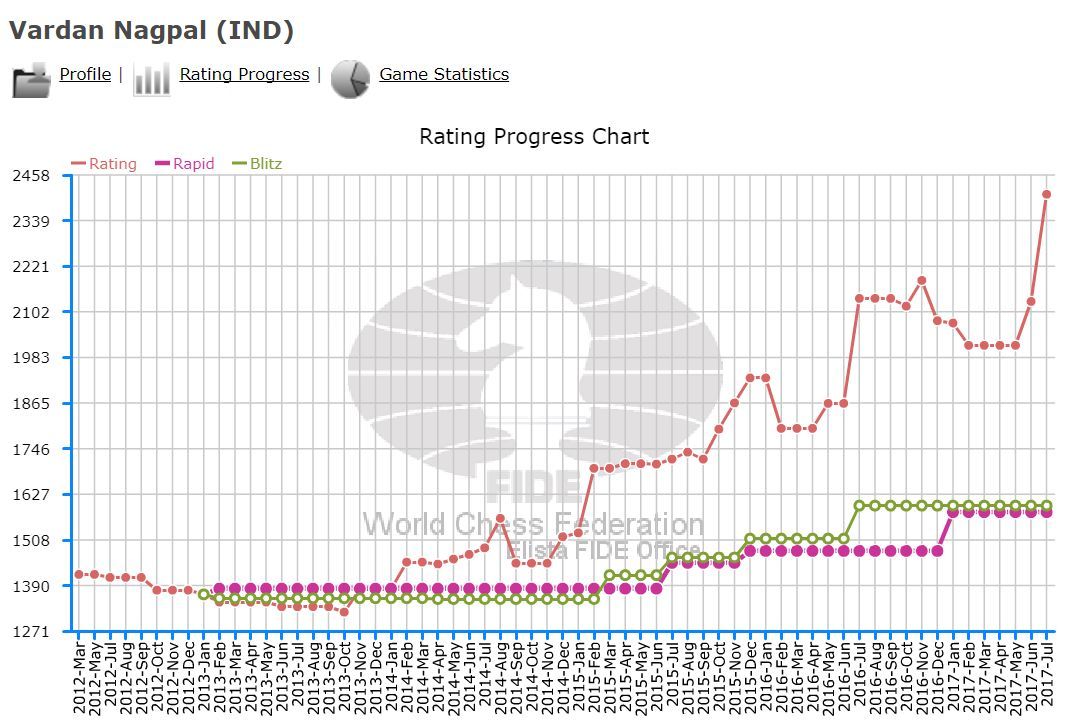 The sky is the limit for this rating graph!

Vardaan's performance has been consistent and praise-worthy. ChessBase India congratulates the boy for his show. With a rating of 2501, he would be ranked somewhere around number 28th in India. This means he is ranked above the likes of Stany, Himanshu Sharma, Thejkumar, P. Karthikeyan and even R. Praggnanandhaa.

Before ending the article one logical question that needs to be asked to all our readers is - what do you think about the k-factor being 40 for players below the age of 18. Do you think this is the right decision by FIDE?