The issues plaguing FIDE, the apex chess body, is an open secret. Now, the credibility of FIDE's top tournaments has begun to take severe hits. Former FIDE World Champion Veselin Topalov has withdrawn from 2017 Grand Prix cycle. The winner of this tournament is supposed to get a spot in the next candidates tournament. Read Topalov's announcement here. 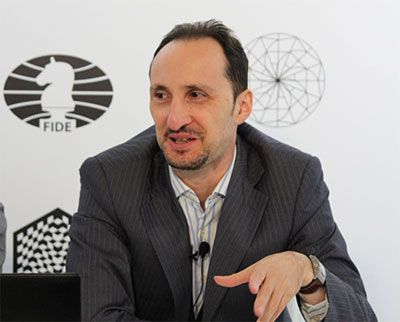 As a result of total lack of any strategy on how to develop chess globally, FIDE has failed to attract sponsors and thus has offered unfavorable conditions to the top players for the FIDE Grand Prix 2017.

As opposed to the Grand Chess Tour, the FIDE is failing to summon top players and the result will be that some of the top chess players will miss the opportunity to qualify for the Candidates Tournament, all because of such unfavorable conditions.

This, however, comes as no surprise as in the recent years we have seen that more and more people with a suspicious or even openly criminal background are promoted to the leading positions in FIDE. With the FIDE President Kirsan Ilyumzhinov on the United States Department of the Treasury blacklist, we see the FIDE Deputy President Makropoulos using the World Chess Federation to find jobs for his girlfriends.

The last degradation of the FIDE happened during the Opening Ceremony of the World Blitz and Rapid Championship 2017 in Qatar. The person appointed by FIDE to open the Championship was no other than Zurab Azmaiparashvili, ECU President with a large record of unethical and even criminal acts during his career. These unethical acts he committed both as a player and as a FIDE official include buying an entire tournament in Strumica 95, and the case of sexual harassment in Mexico in 2007.

Moreover, instead of finding ways to develop and promote chess in Europe, the only effort Zurab Azmaiparashvili is making is to try to create problems for Bulgarian Chess Federation. As a consequence, his greatest achievement as a president of the ECU is that within only two years of his mandate, he succeeded in organizing the worst Championships in the history of ECU, both for women - Chakvi (Georgia) and for men - Gjakovo (Kosovo).

It is not a surprise that with such individuals governing the FIDE, the organization is close to bankruptcy.

Bearing all this in mind, I would decline all the FIDE and ECU Championships until the leadership is changed for the better.

This announcement was made by Veselin Topalov on his official website.