The Thiruvarur District Chess Association conducted the Thiruvarur Chess Festival alongside the 2015 National Premier to commemorate the celebration of chess in this small Tamil Nadu town. Our dear friend Shyam Sundar T sent us some photographs of the festival which we have reproduced here for you to enjoy in this pictorial report. 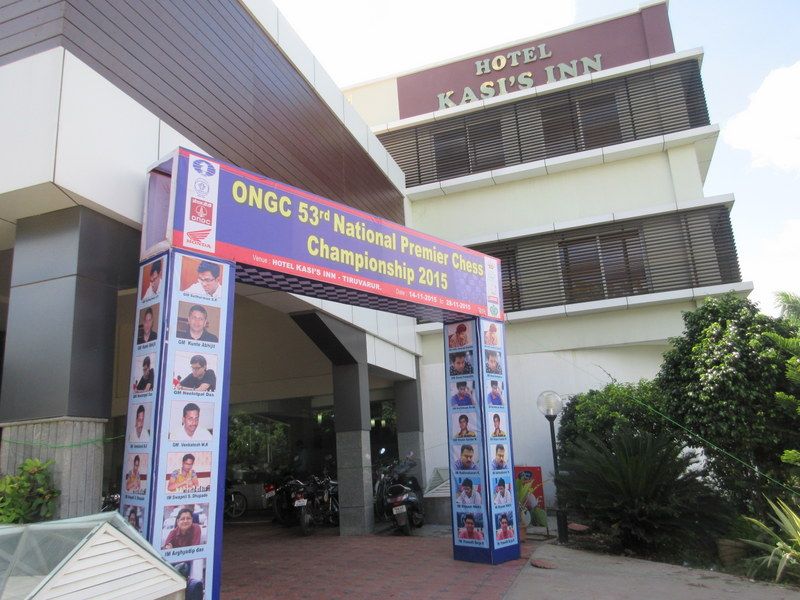 Hotel Kasi's Inn welcoming the players and the fans

The Thiruvarur District Chess Associaton organised the 2015 National Premier Championship at the Kasi's Inn, which hosted the tournament in a marvellous manner, delighting the players and officials with their hospitality. 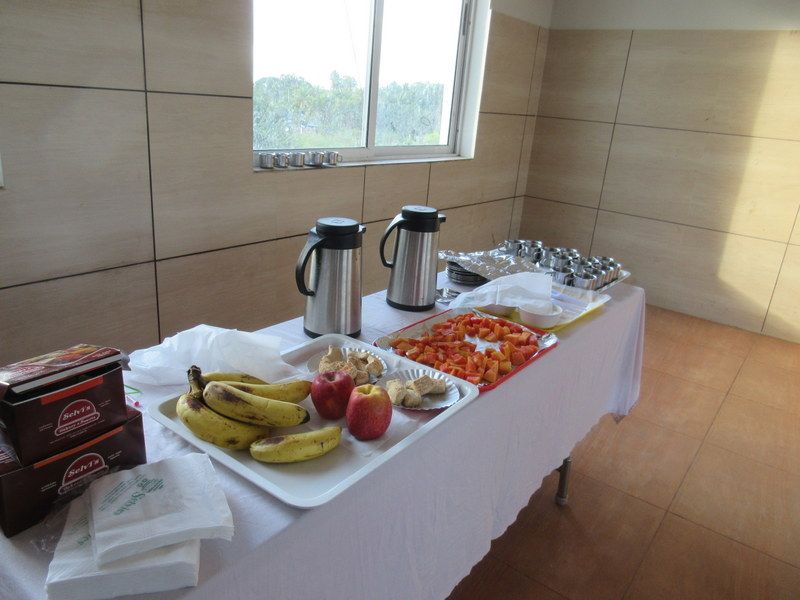 Players, officials and journalists had access to unlimited supply of tea, coffee and other snacks

The tournament organisers led by the Organising Secretary Mr Balagunasekharan saw this as on opportunity to popularise chess in Thiruvarur. They organised a well-received Thiruvarur Chess Festival with many state-level and children's events, coupled with two FIDE rating tournaments, a rapid championship and a blitz event. 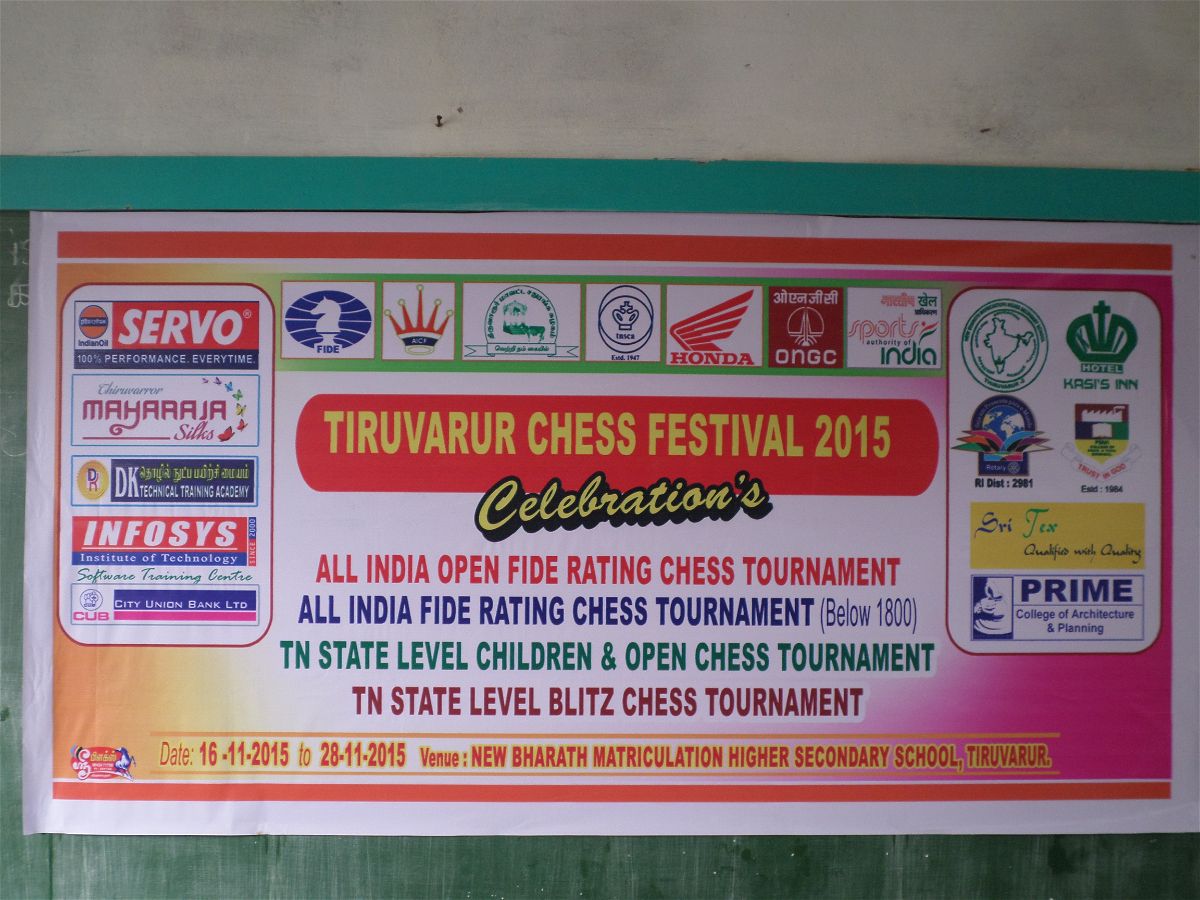 The festival was a grand success, never mind the redundant apostrophe in 'Celebrations' 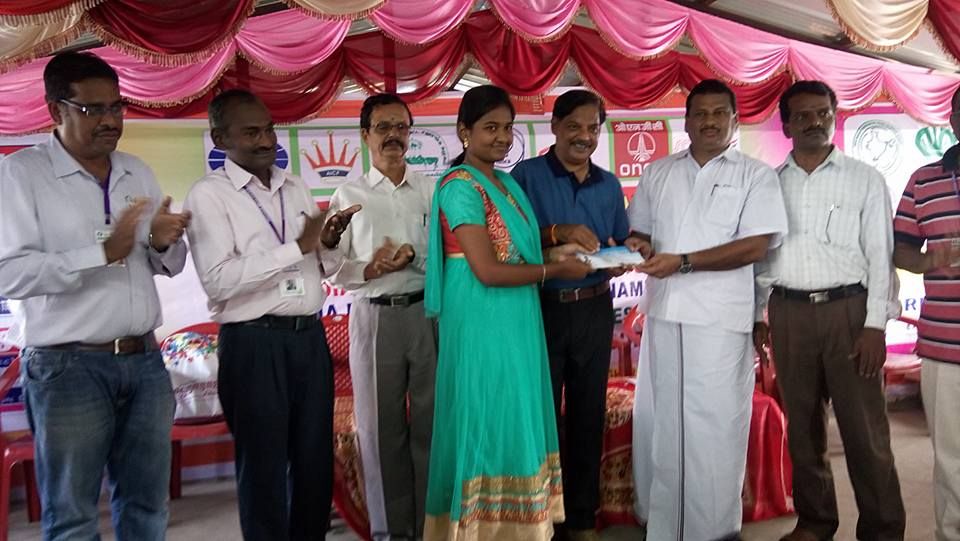 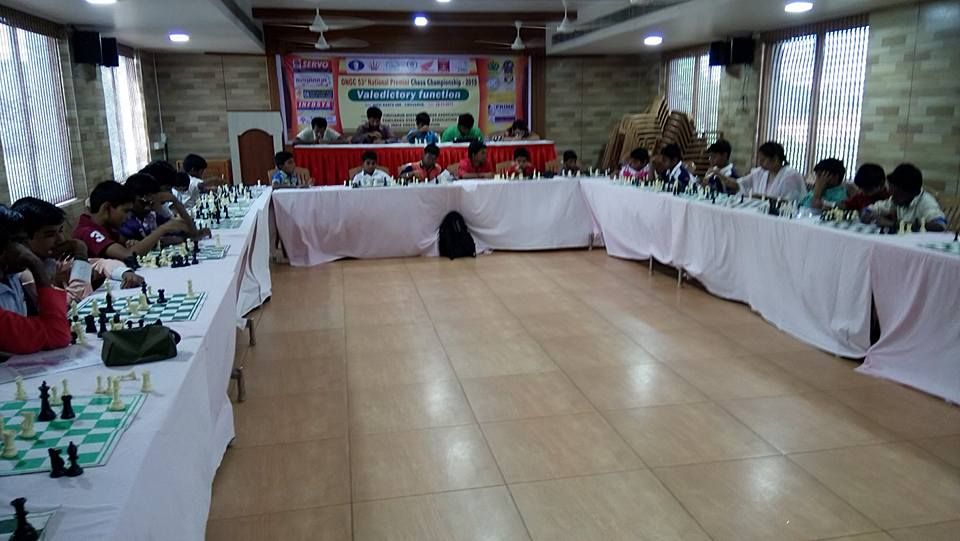 There was a problem-solving contest for studies' enthusiasts, and evidently there were many 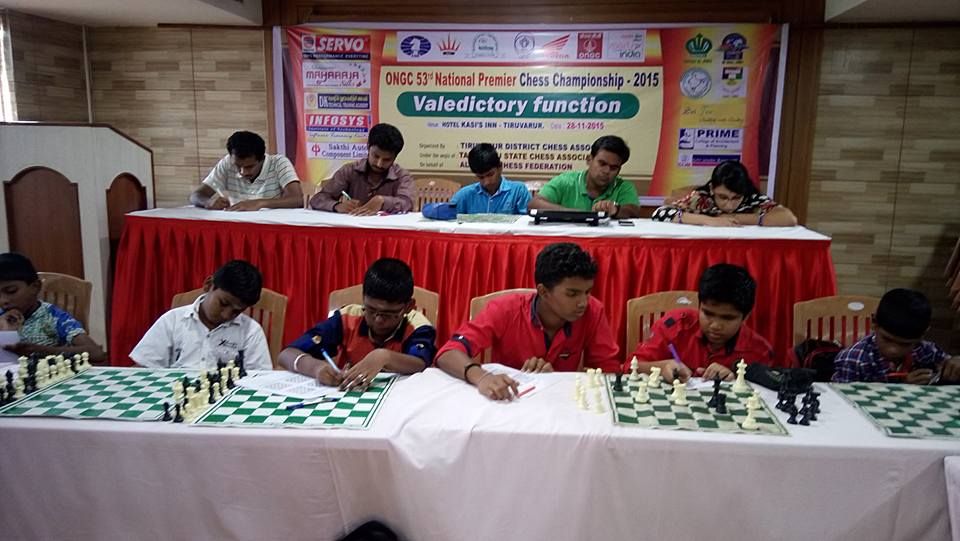 IM-elect Kunal M. (top left), who is known to be an excellent endgame player, was the top seed... 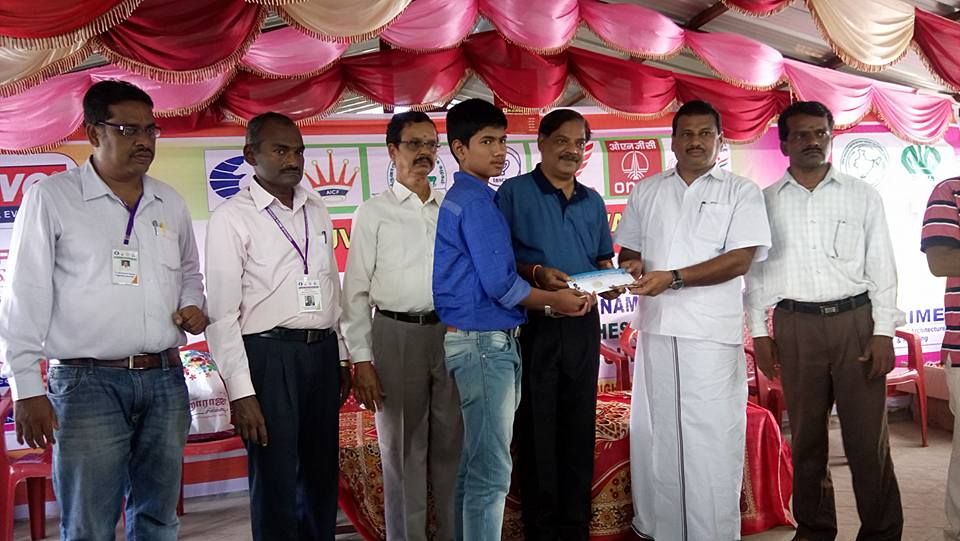 ...but the winner was the young (and extremely soft-spoken) Bharath Kalyan M. 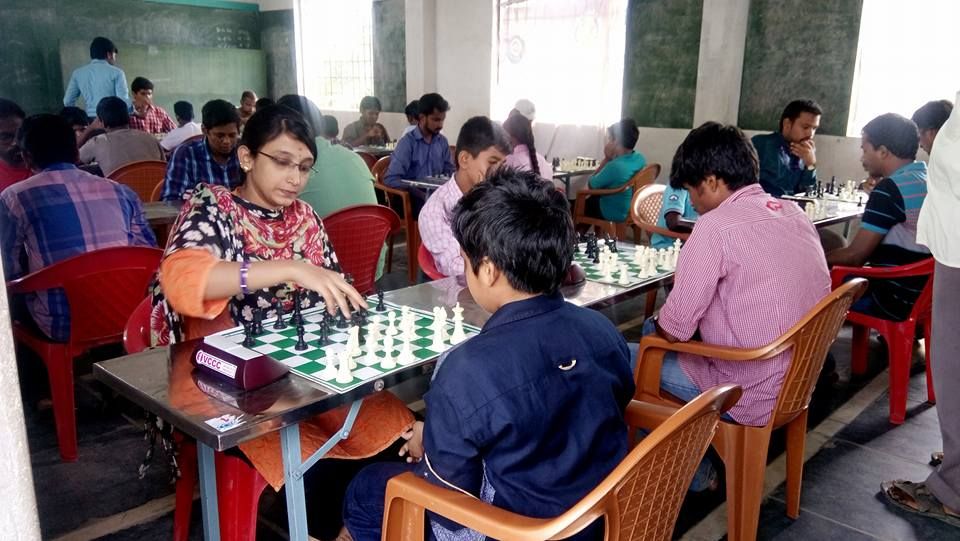 The blitz tournament was a huge success... 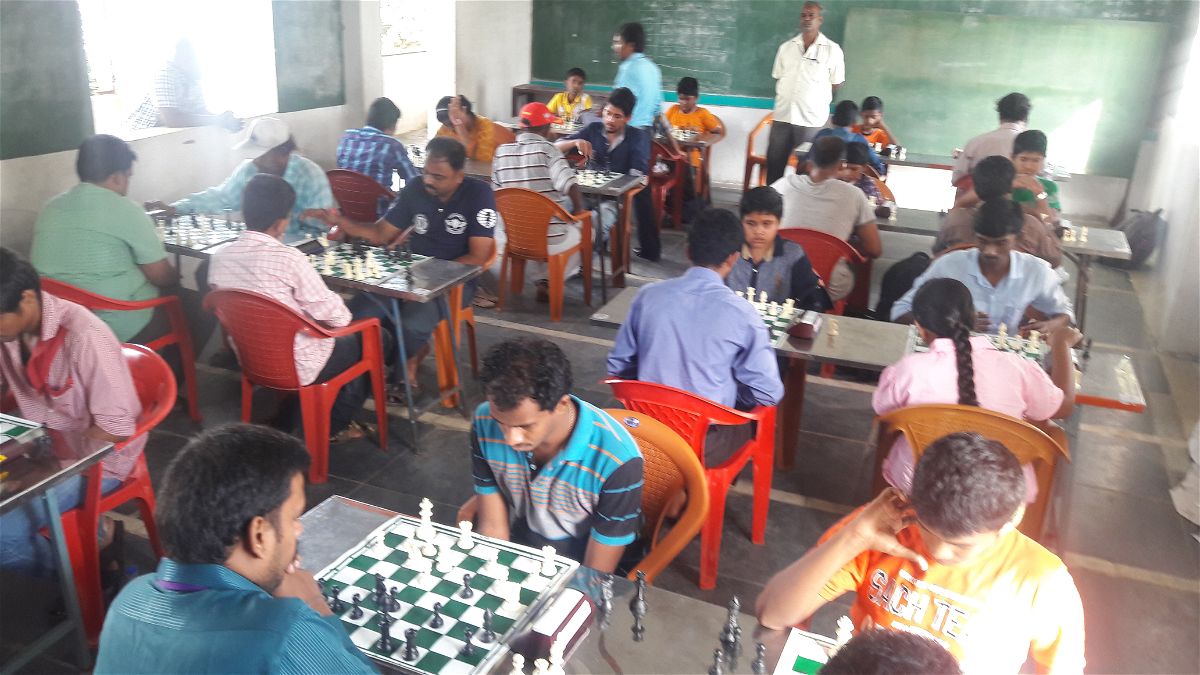 Most of the festival events were conducted int this school classroom! (New Bharath Matric. School) 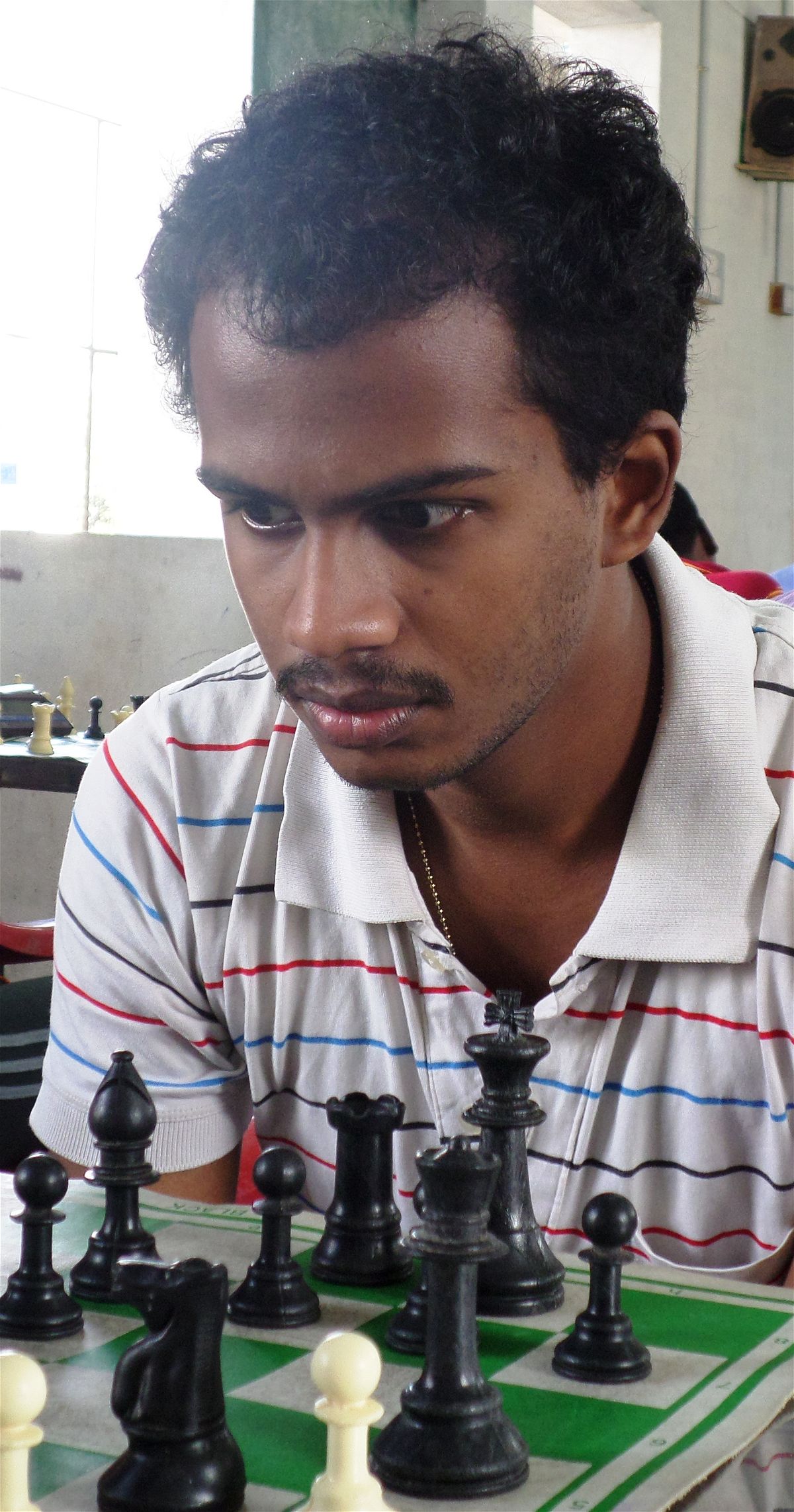 There were no disappointments for Kunal this time, as he won the blitz tournament 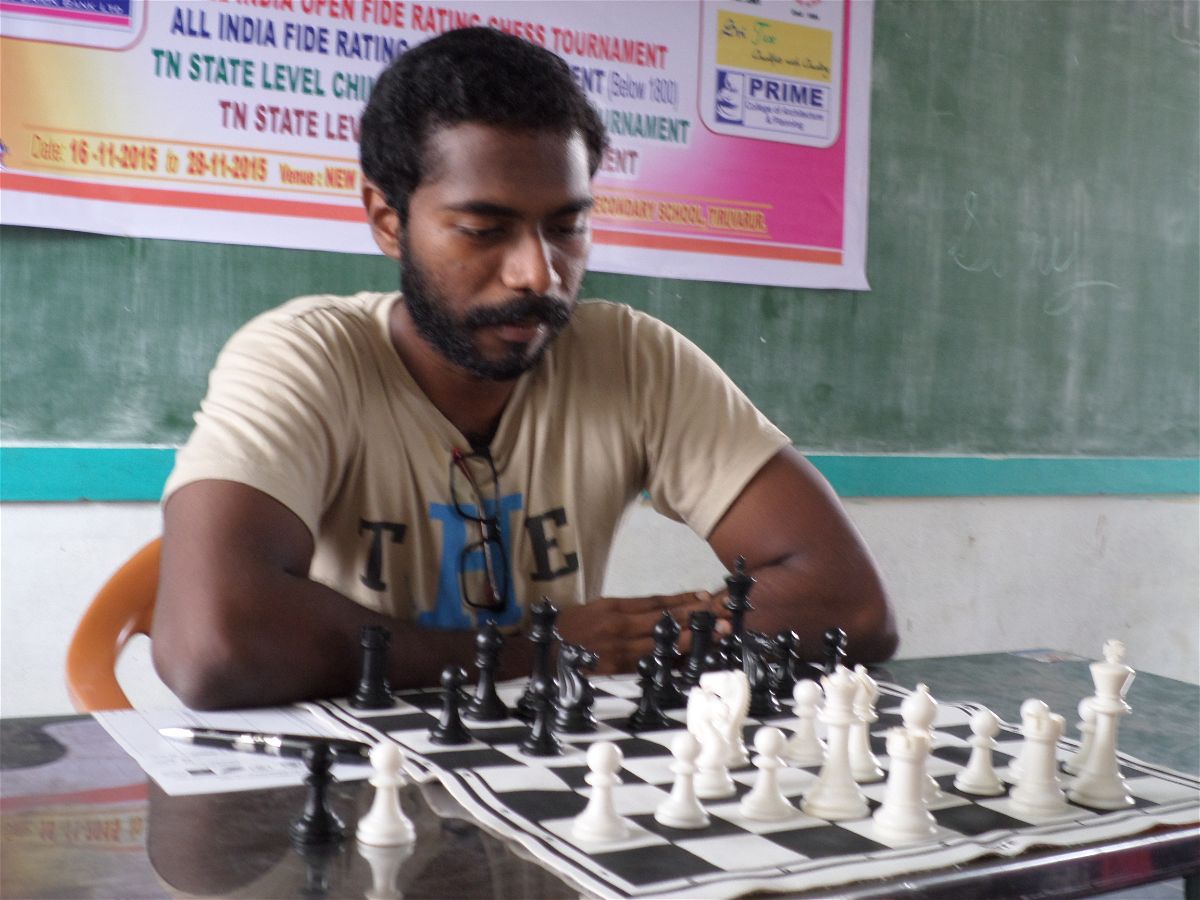 Sa Kannan, who has contributed numerous photographs for many of our reports, finished second in the blitz tourney 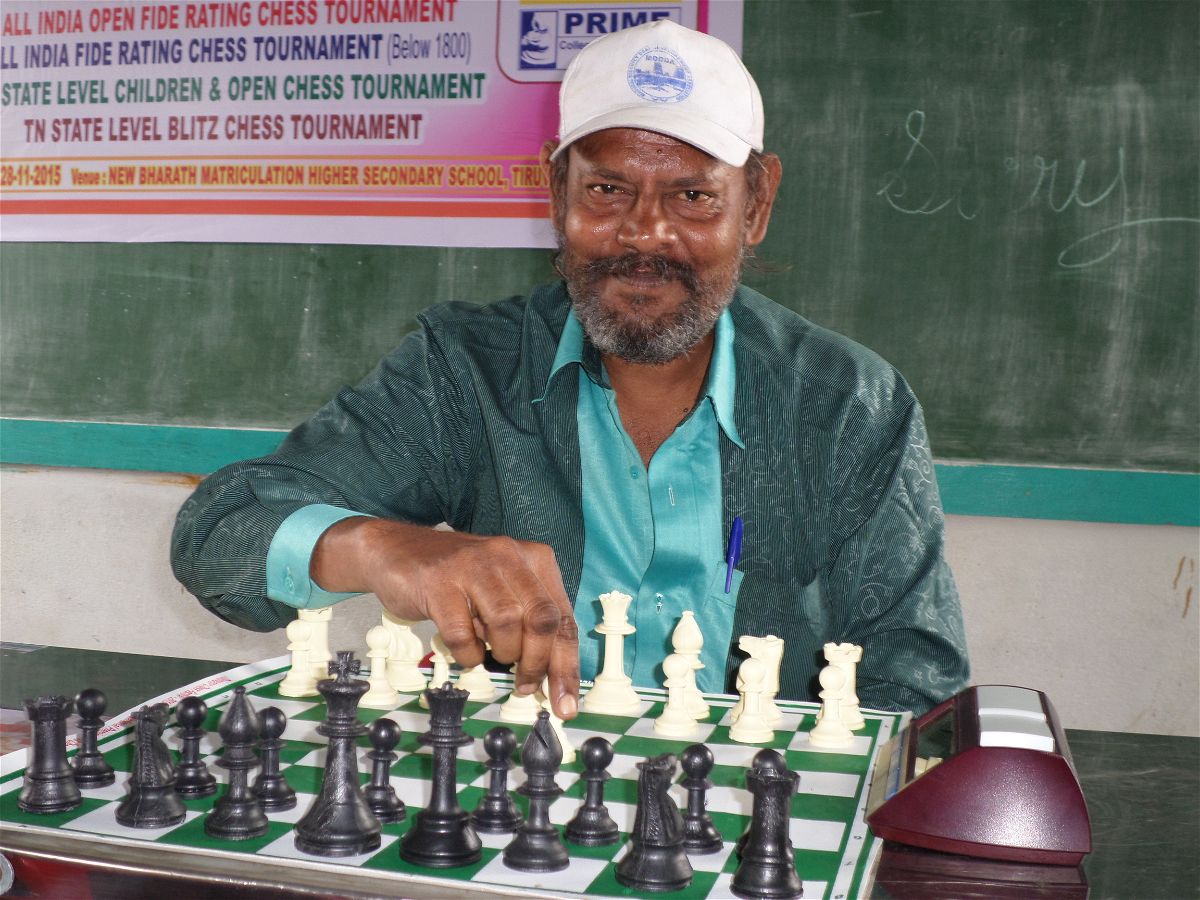 M.A. Alaguraja, who despite his age and different abilities -- he cannot hear and speak -- remains a passionate player 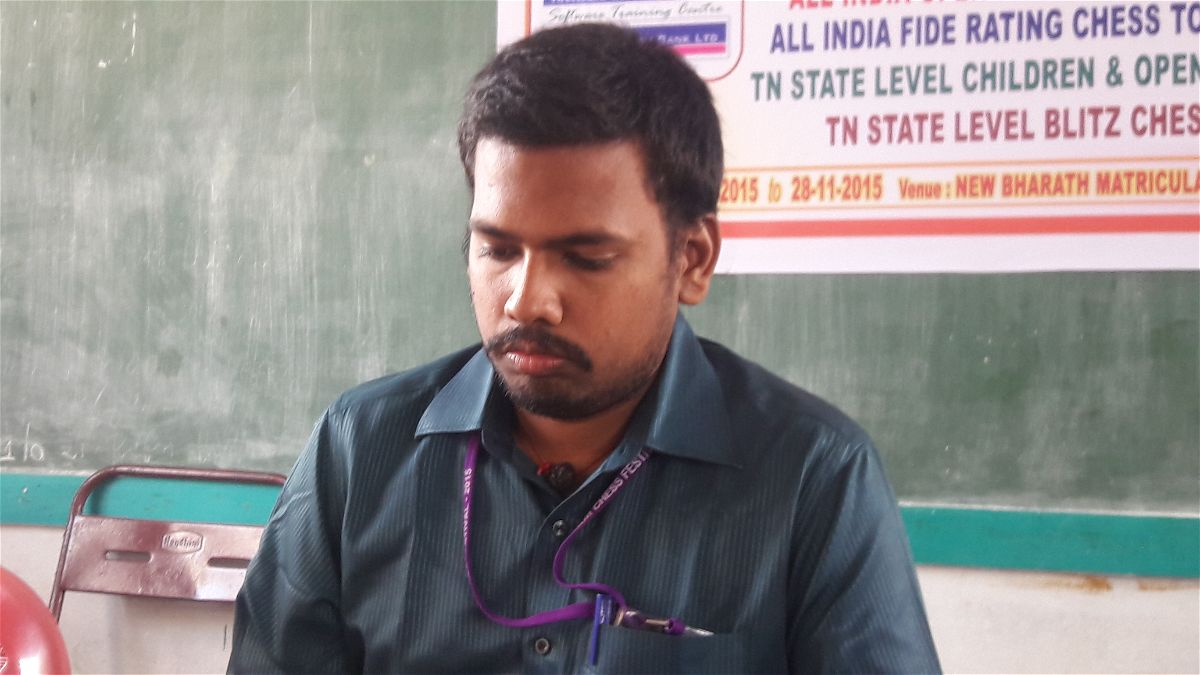 IA Ganesh Babu, who was also the arbiter in the various events during the festival, played in the blitz tournament and finished third 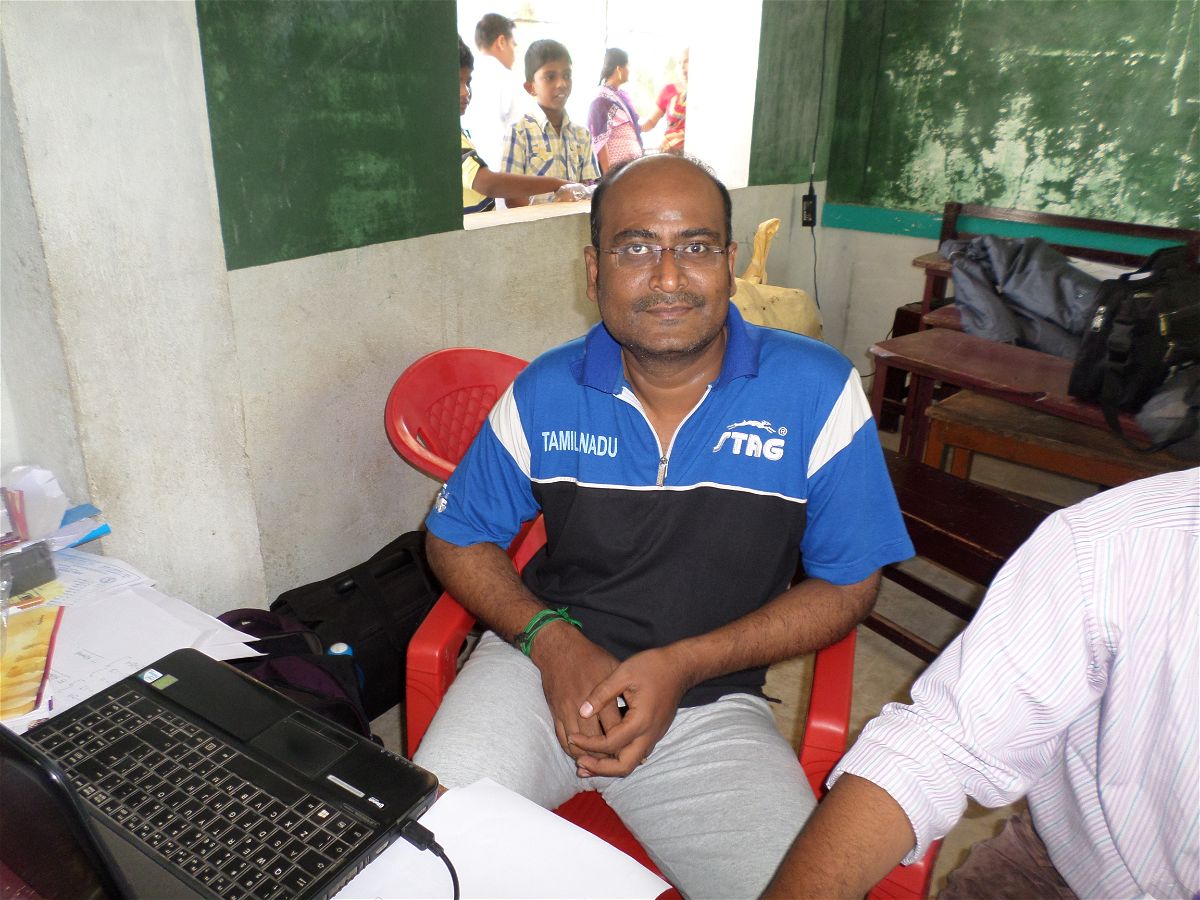 Mr Nandakumar was the Technical Arbiter of the 2015 National Premier 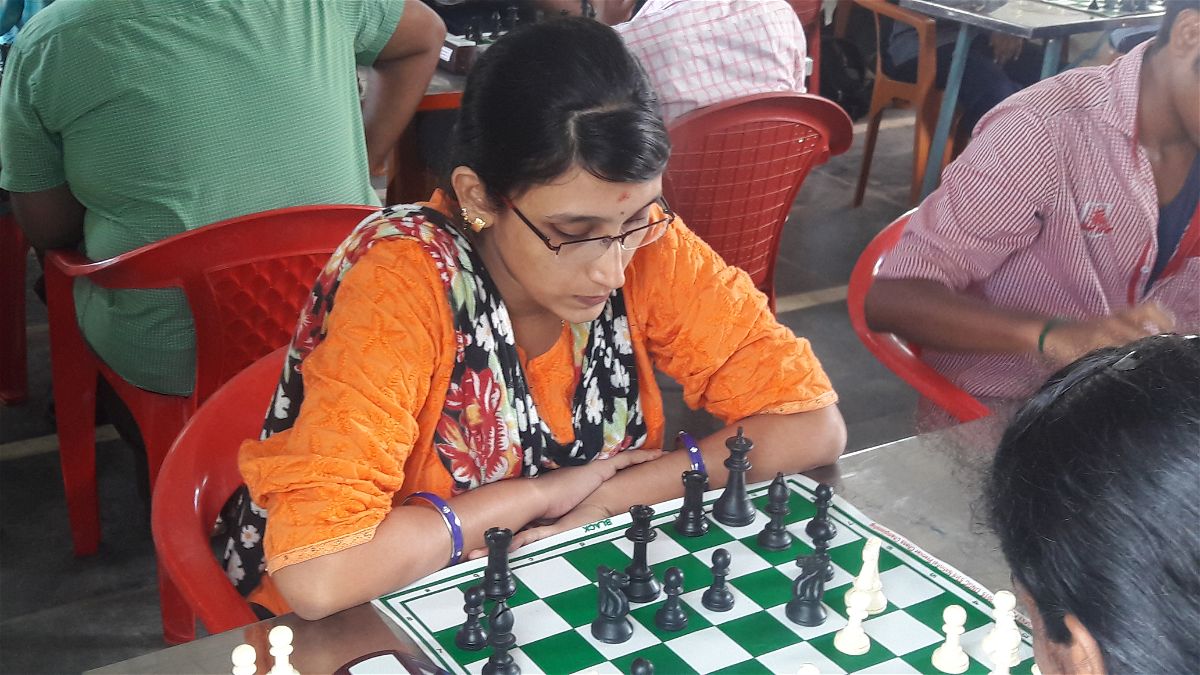 S. Harini, the better half of IM P. Karthikeyan, was the best female player in the blitz event 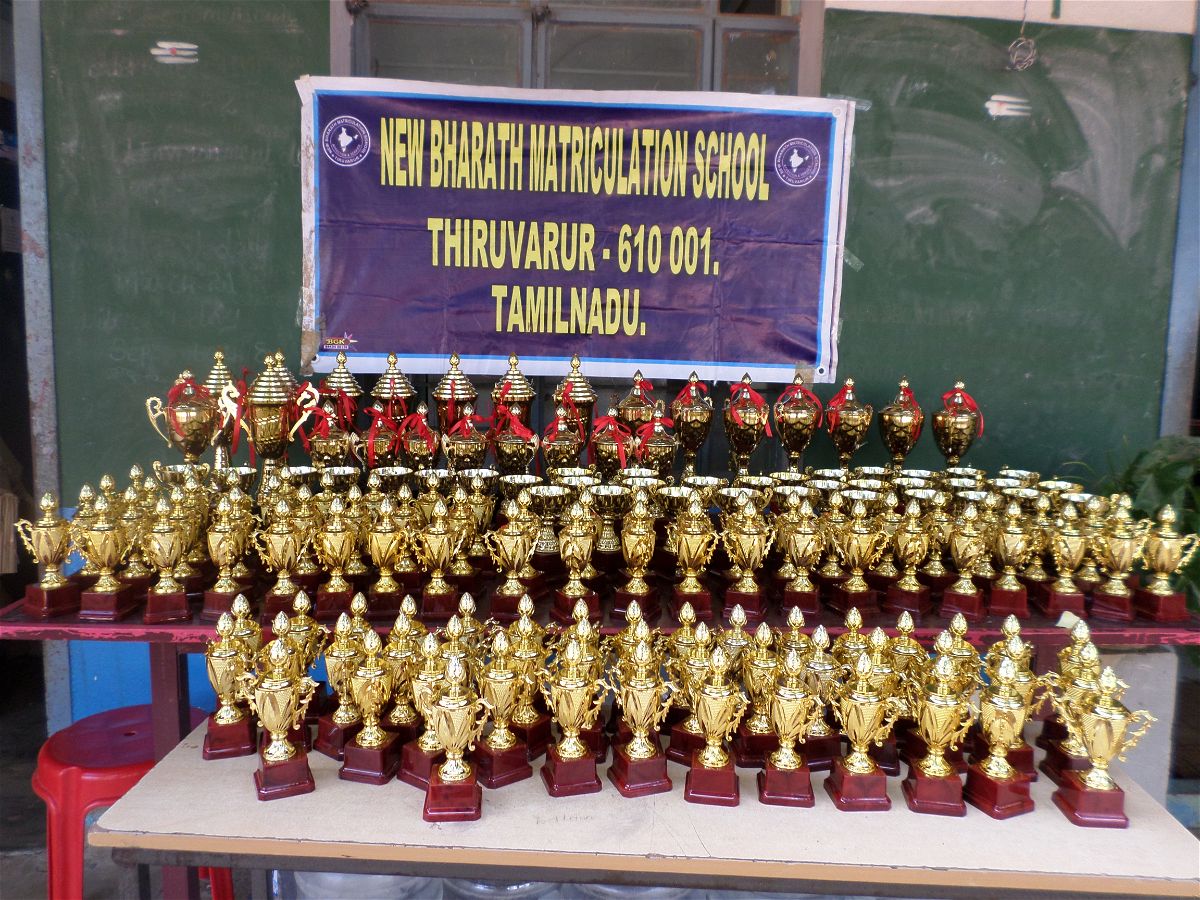 The Festival had bucket loads of trophies on offer 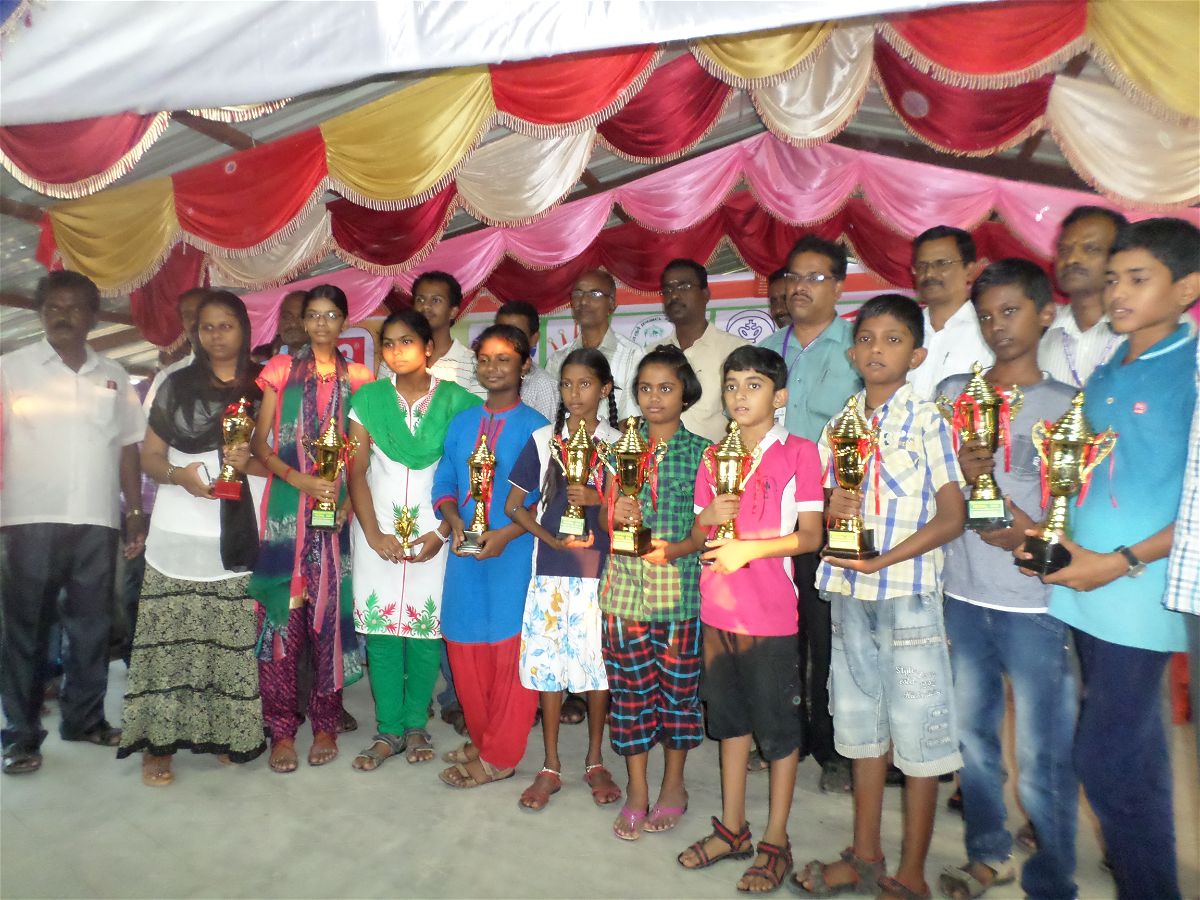 And the kids made a meal out of it! 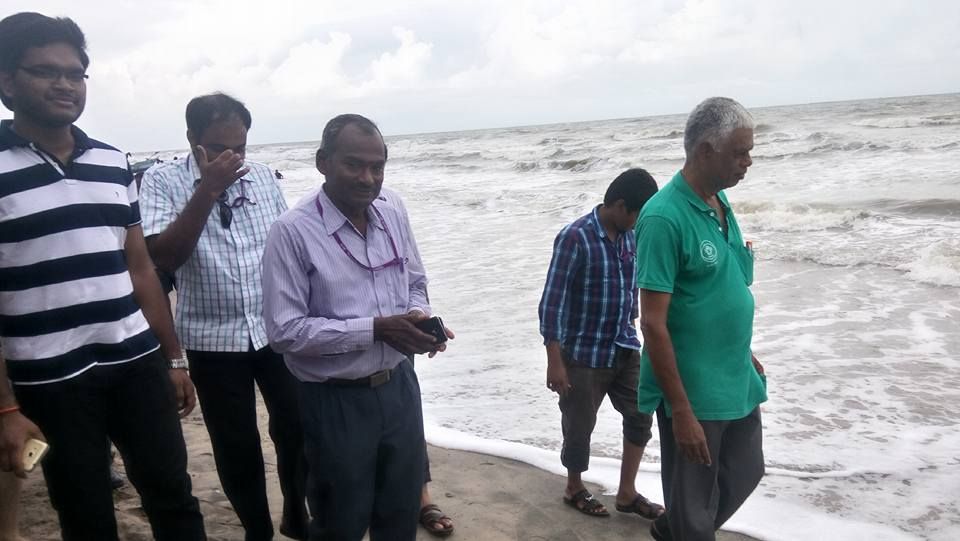 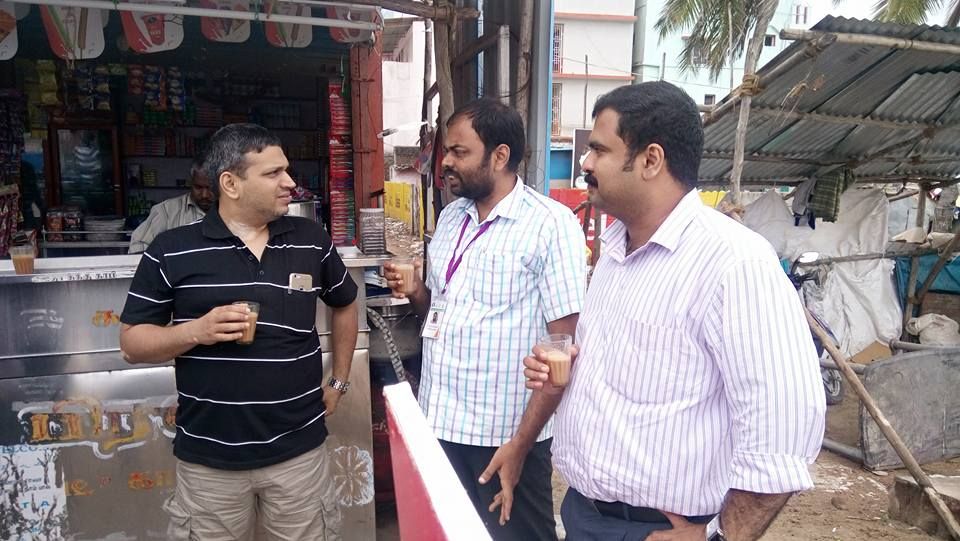 A bunch of players ventured out of their hotel rooms to unwind and enjoy India's national beverage... 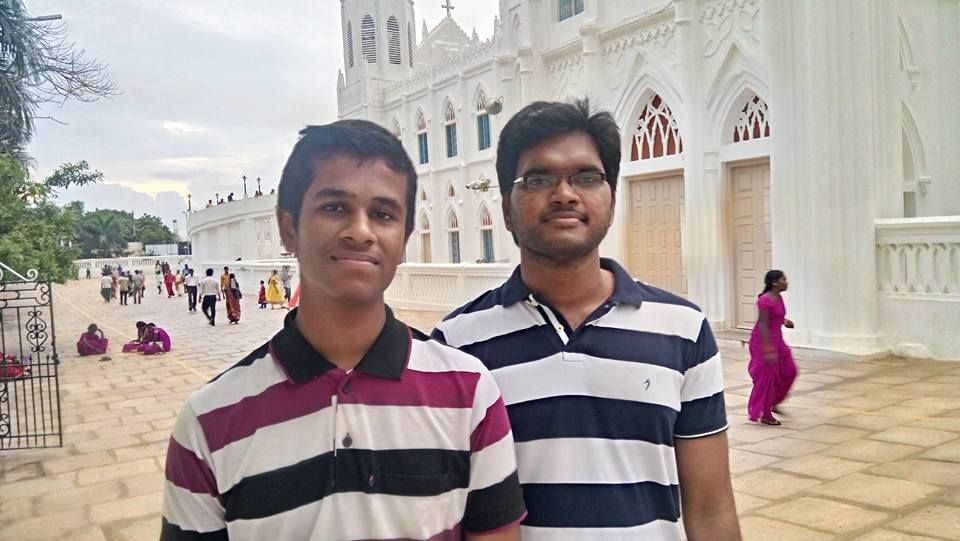 The winner of the tournament, sixteen-year-old grandmaster M. Karthikeyan, with IM P. Shyaamnikhil at the Velankanni Church

ChessBase India will bring you a detailed report with players' comments and annotated games from the 2015 National Premier Championship soon. Wait for it!