Harika had begun with indecisive play but it seems she has upped the ante in the second mini-match — she drew both her games right out of the opening. Padmini also drew her game, but her's was a Evans Gambit! Both the Indian stars will now fight in the tiebreaker.

All Photos by David Llada

There is something astounding about Harika Dronavalli's strategy for the Women's World Championship 2017. On the face of it, it may appear ridiculous, but maybe, just maybe, Harika has got it right?

In the first mini-match, she didn't press at all. In fact, in the second game, she was in trouble but her opponent chose to draw and fight the tiebreakers where Harika proved vastly superior. In the second mini-match, Harika has upped the ante — she drew bother her games right out of the opening.

The plan must be to conserve as much energy as possible and show her superiority in faster time controls. 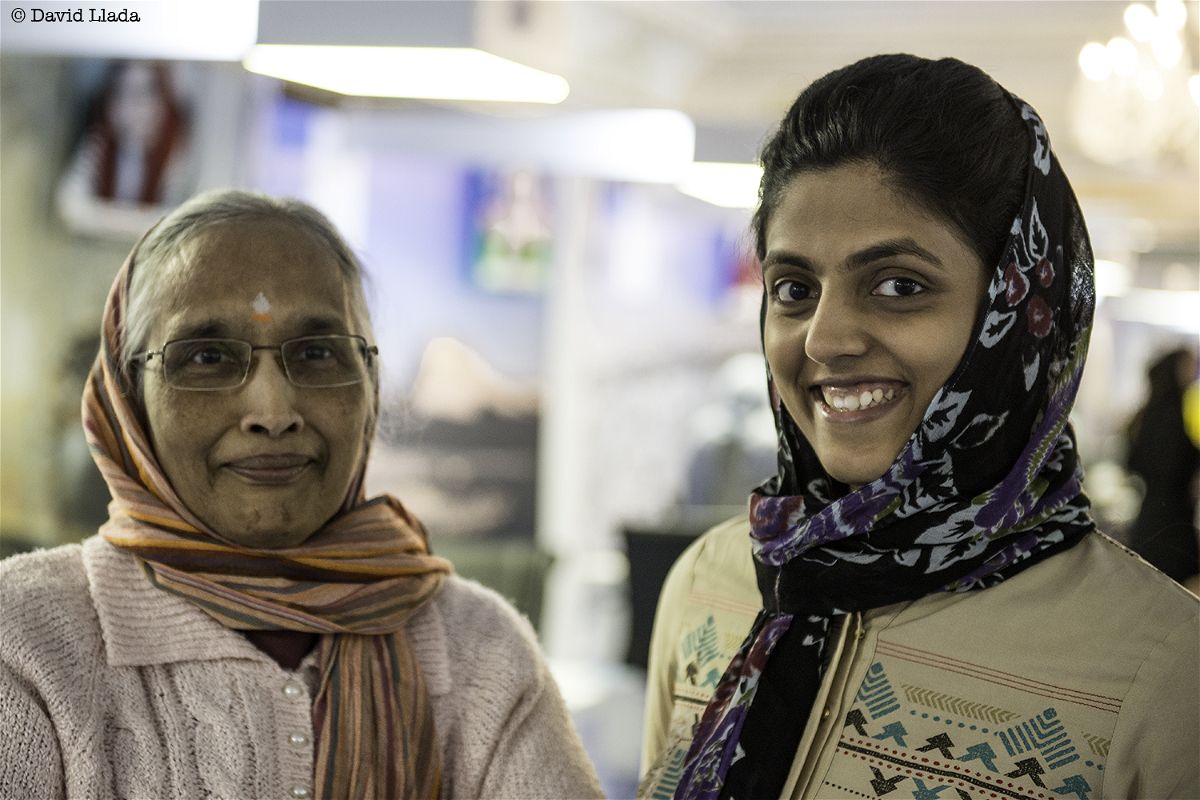 Harika with her grandmother. 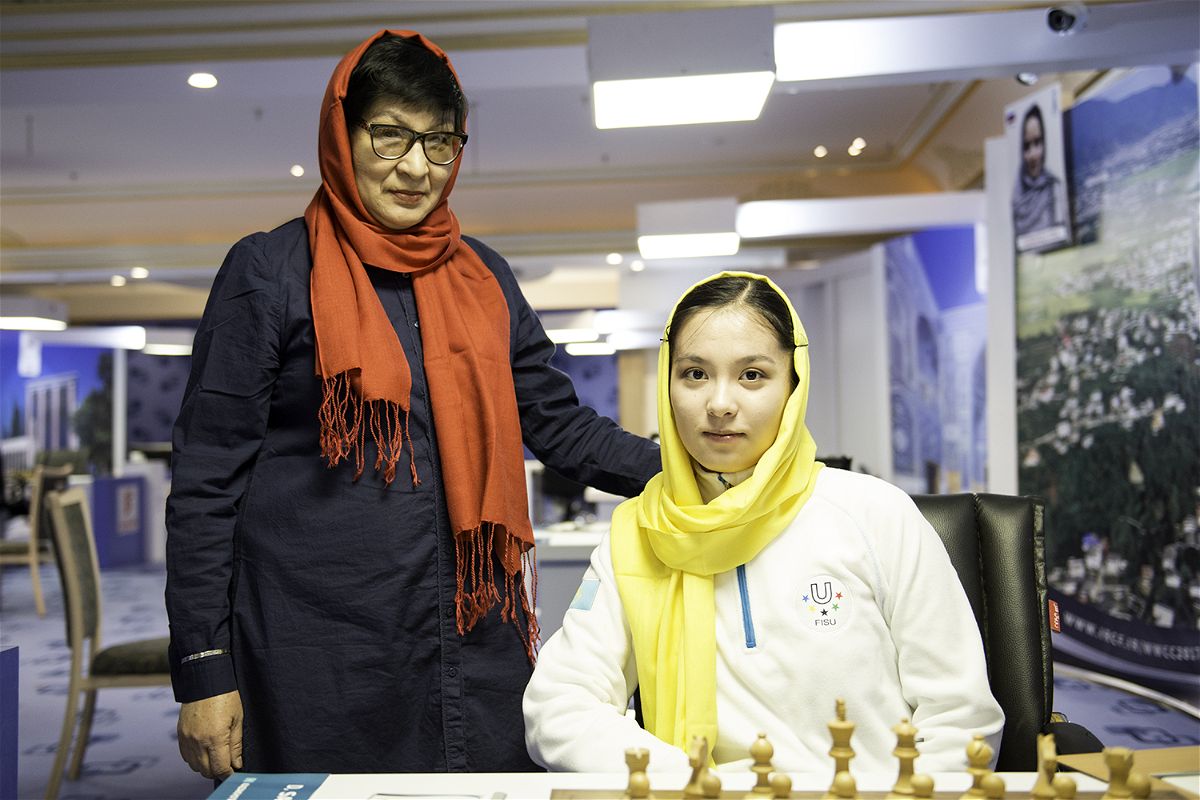 Her opponent Dinara Saduakassova with her mother. Saduakassova is the current World Junior Champion — a title she won in Bhubaneswar, India, last year. 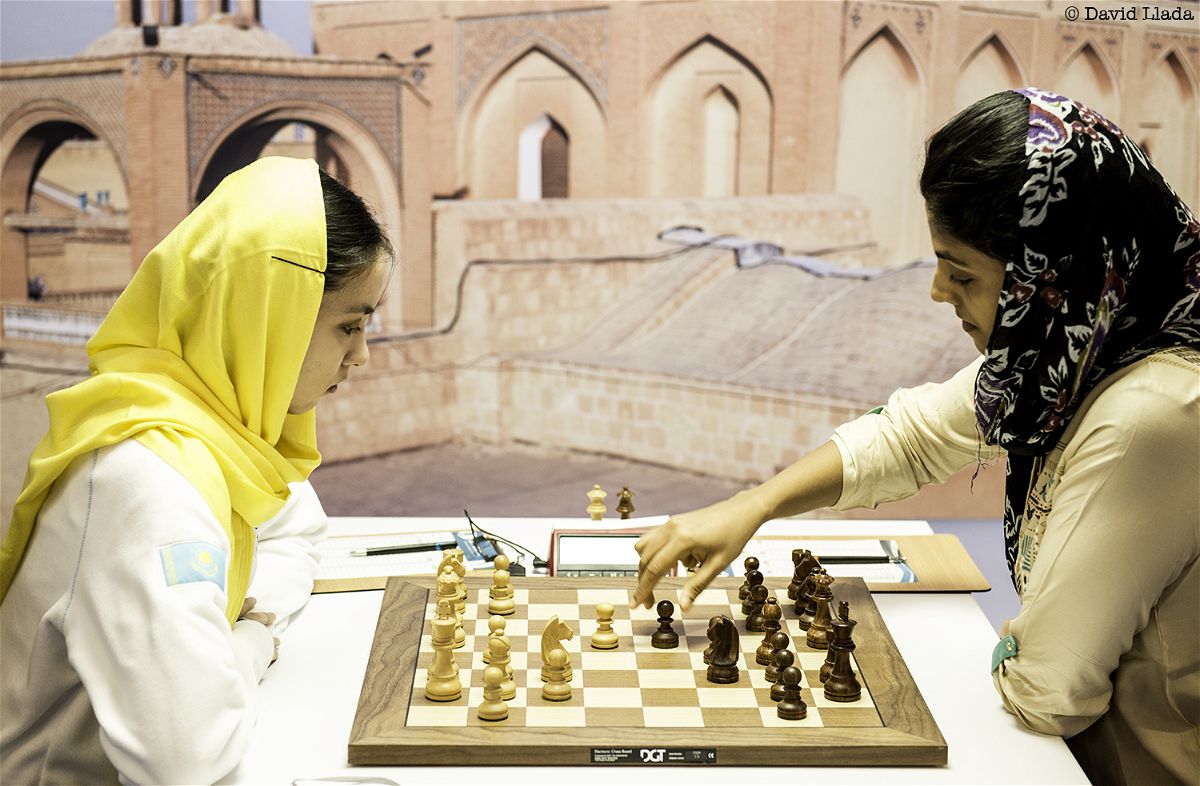 Harika didn't try to muddy the waters with the black pieces and the game ended fairly quickly. 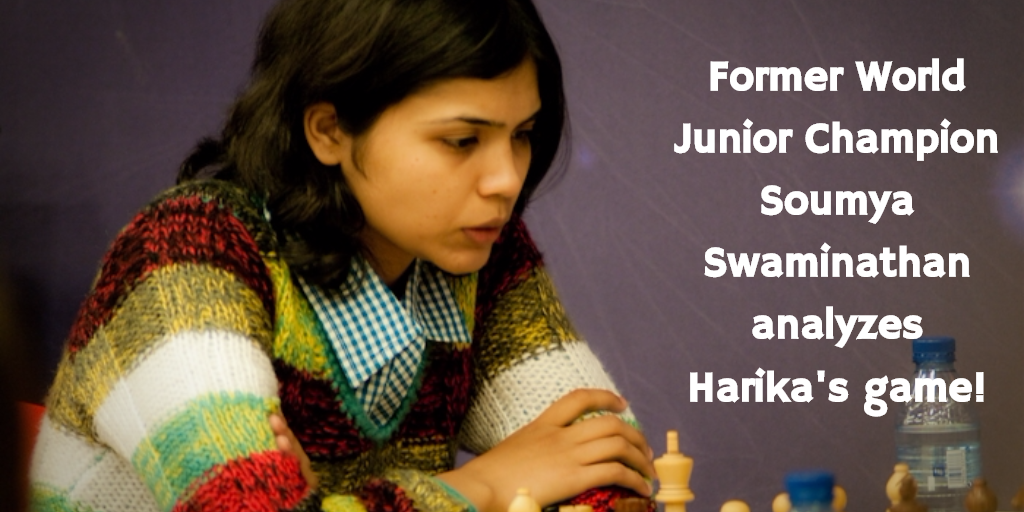 Although Soumya couldn't show much of her knowledge due to the sheer size of the game, we are sure you will be seeing more of her work here on ChessBase India. 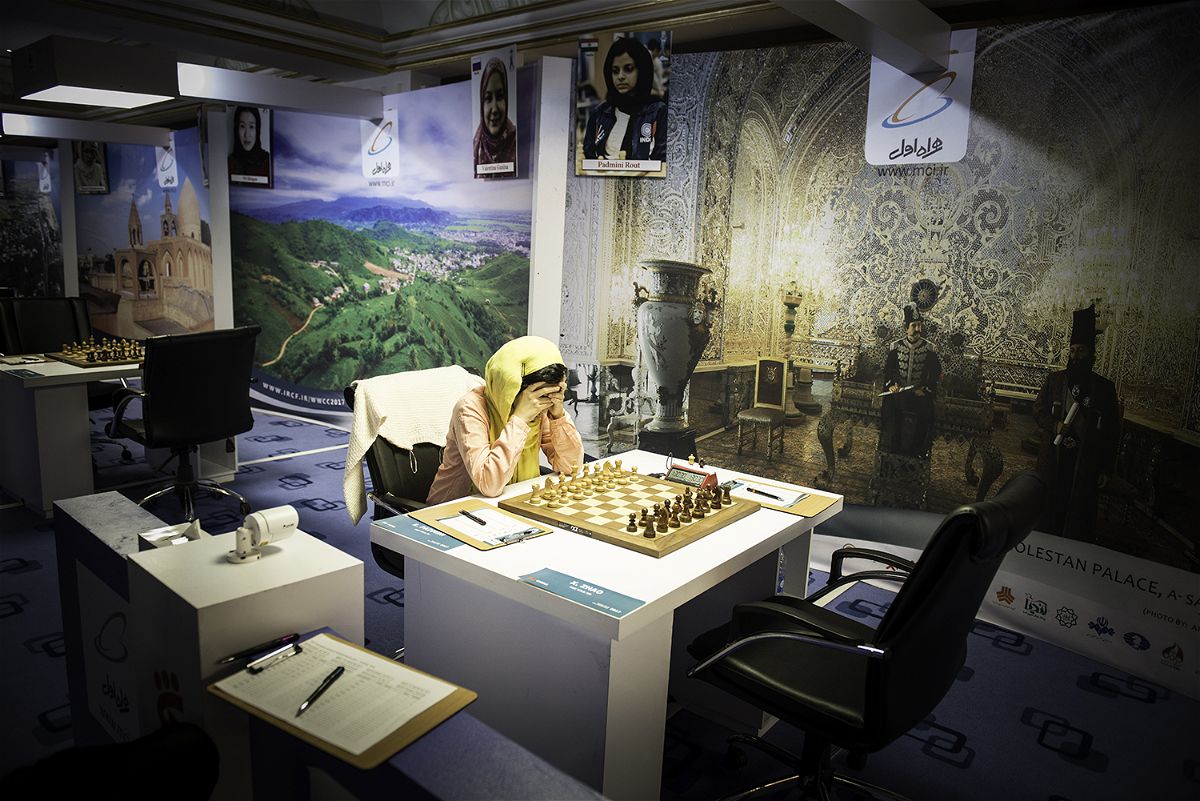 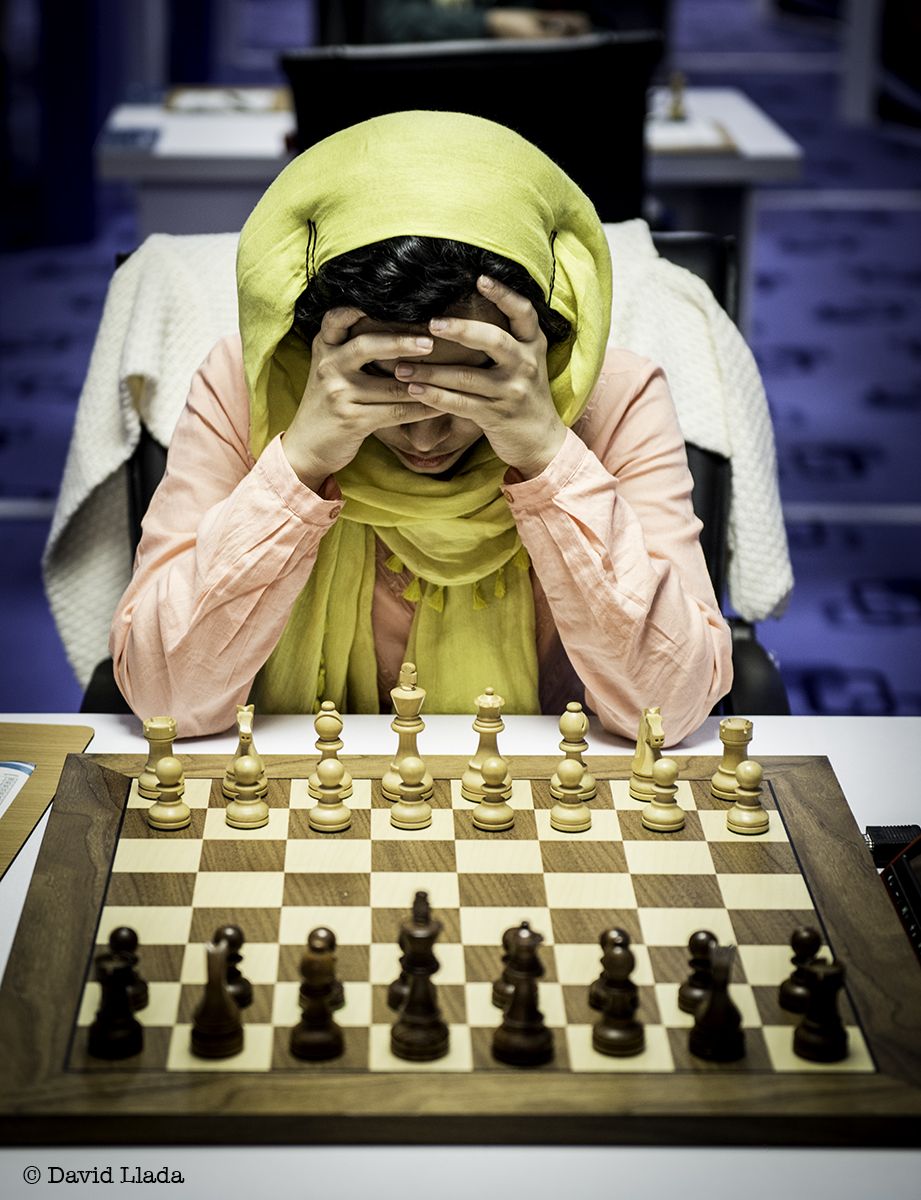 That is Padmini Rout focusing before the game. 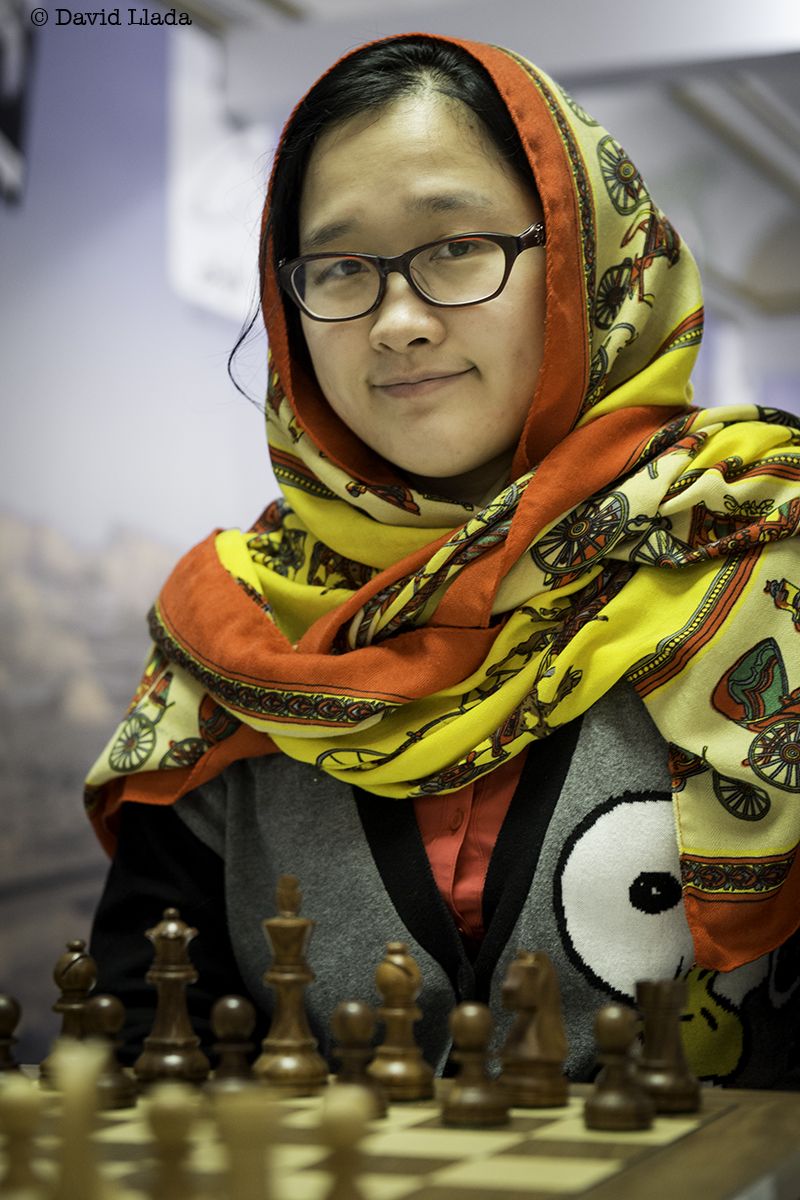 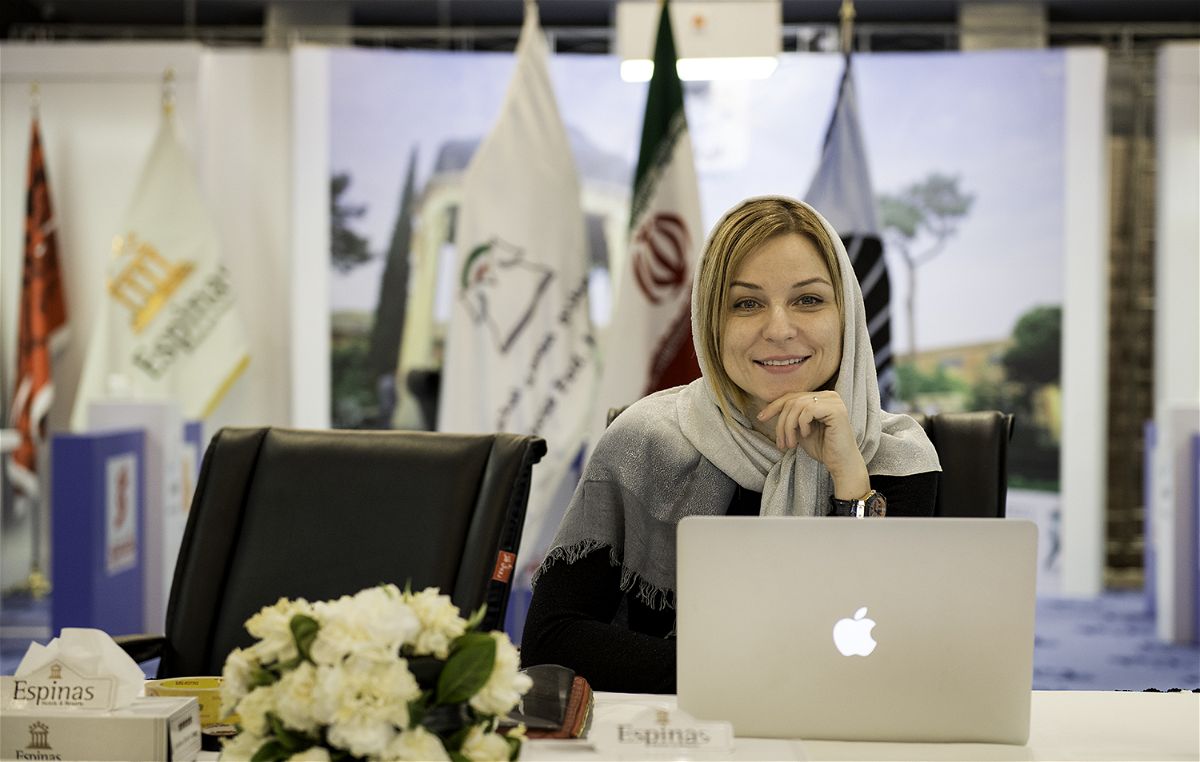 The arbiters hard at work.. with a smile 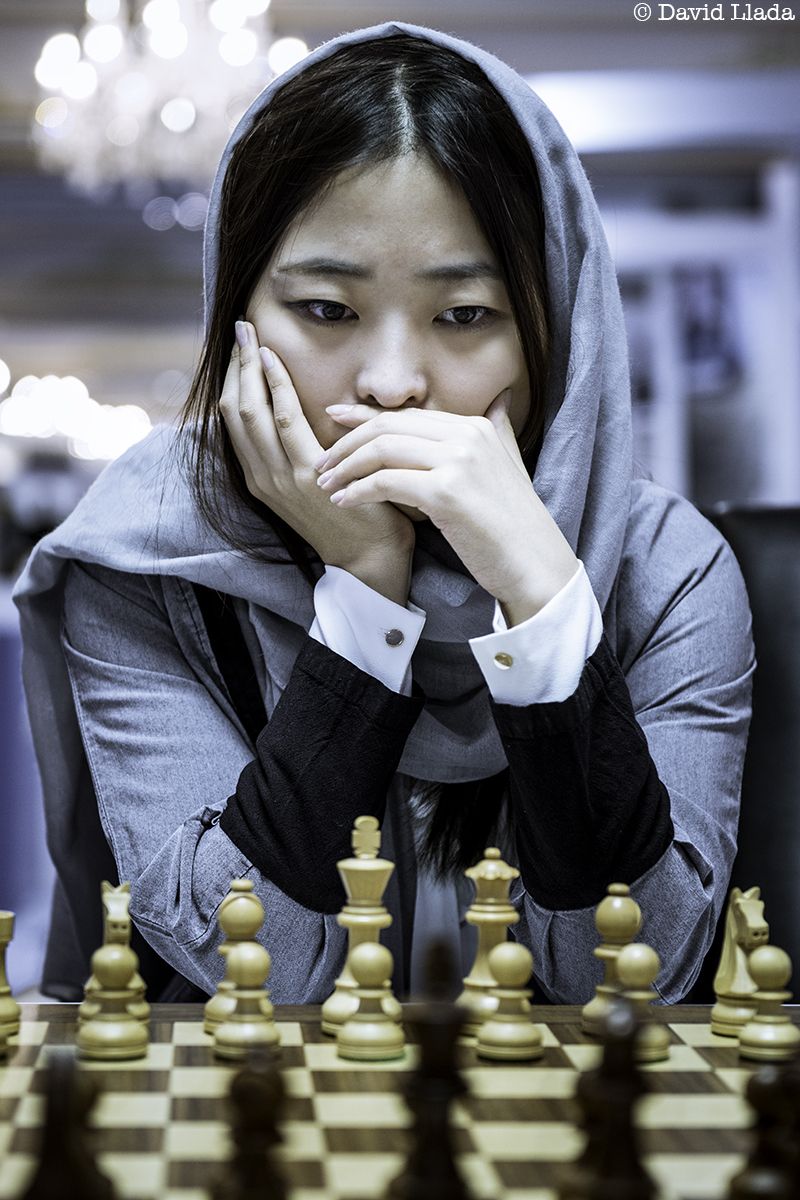 The top seed Ju Wenjun defeated Zhu Chen 1.5-0.5 to advance to the next stage. 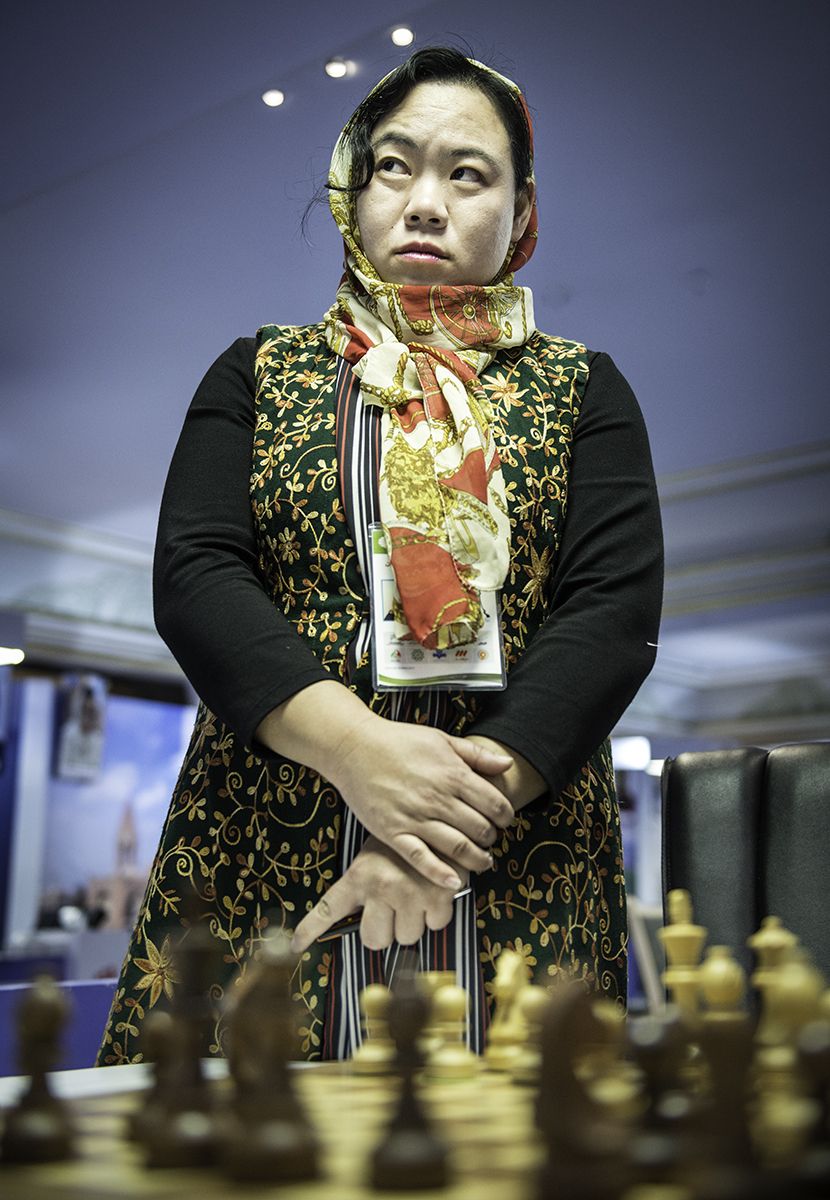 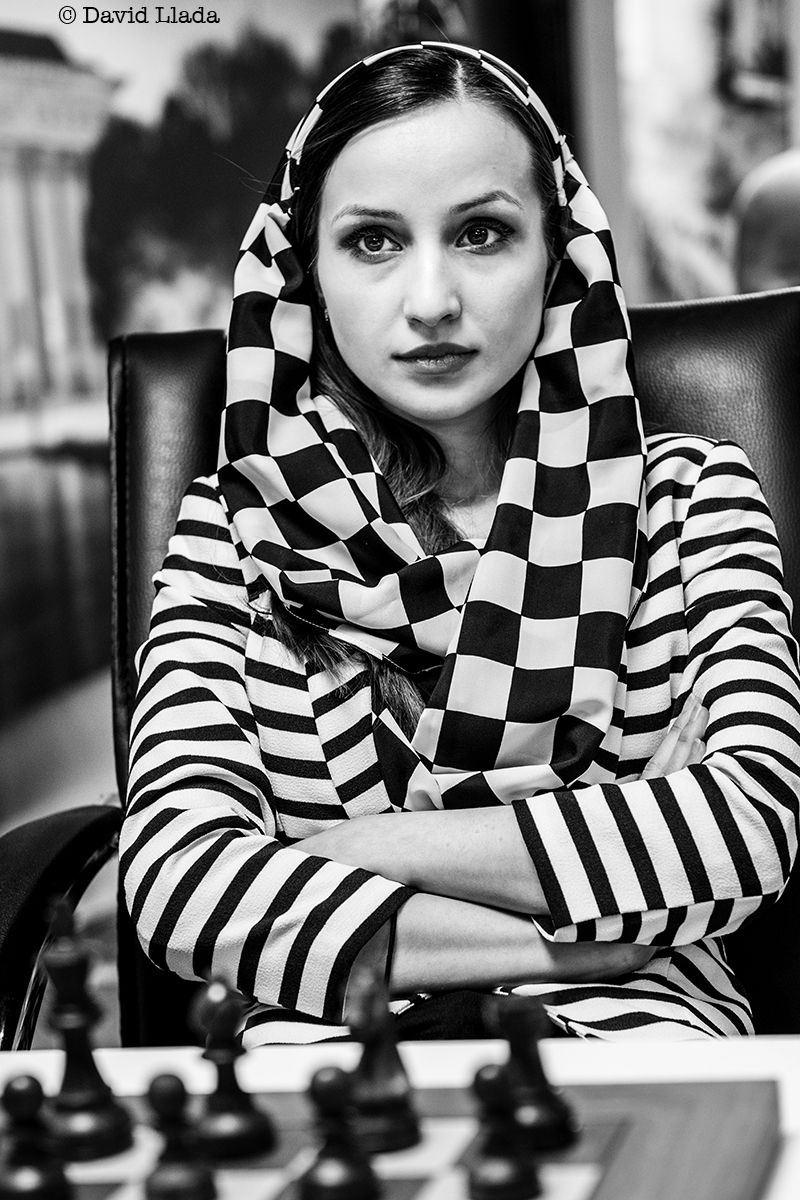