The pre-quarterfinals have come to an end. The tiebreakers saw a second set of 10-minute rapid games in all the mini-matches. Padmini, who had won a fantastic game in the very first match lost the return game and also the first game of the 10-minute tiebreak allowing the Chinese player Tan Zhongyi to qualify. Harika Dronavalli, meanwhile, did not let her missed win in the second tiebreaker affect her as she destroyed Sopiko in the 10-minute rapid. Joining them were Ju Wenjun and Alexandra Kosteniuk. 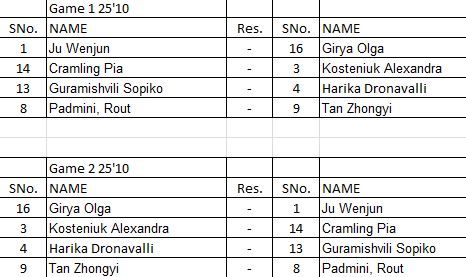 At the end of Game 01 (All photos by David Llada): 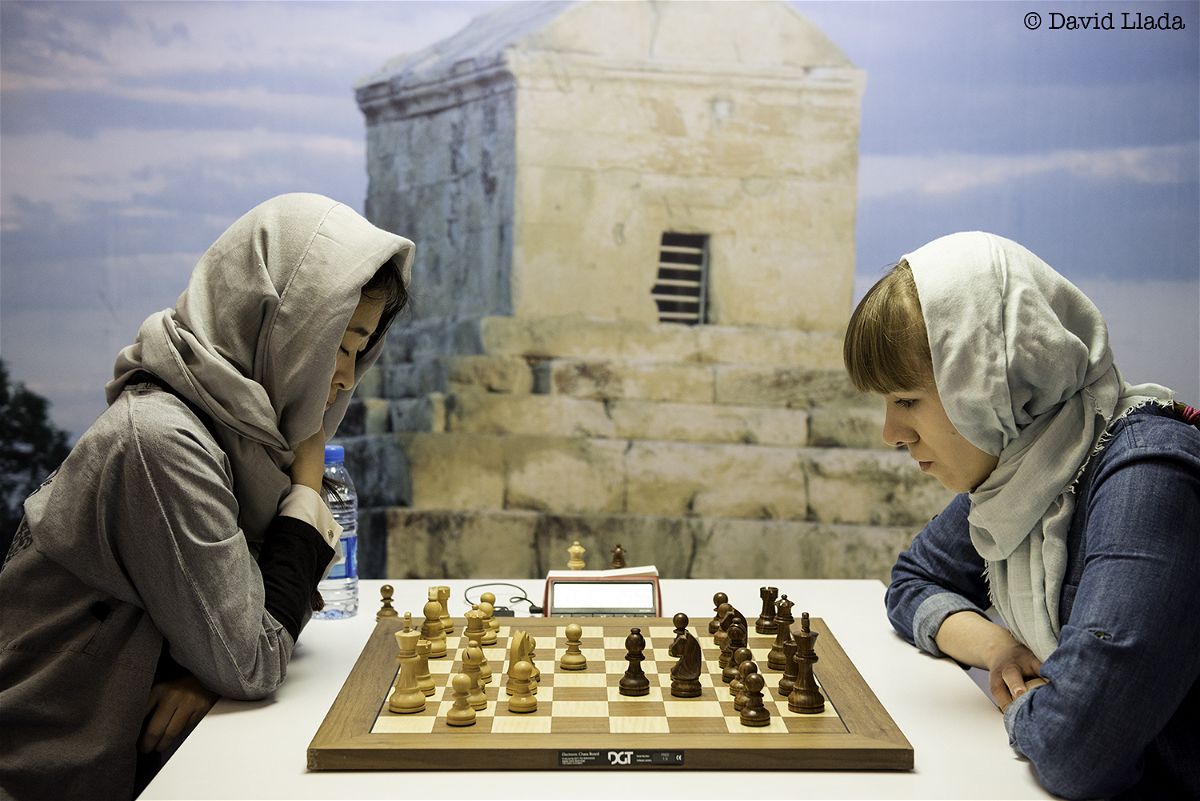 Ju Wenjun defeated Olga Girya and had taken the early lead in their mini-match rapid games. But Olga struck in the very next game and equalized. In the final 10-minute games, Girya squandered her advantage with white to let Ju draw and in the second game, the Chinese player outplayed the Russian to qualify for the quarters. 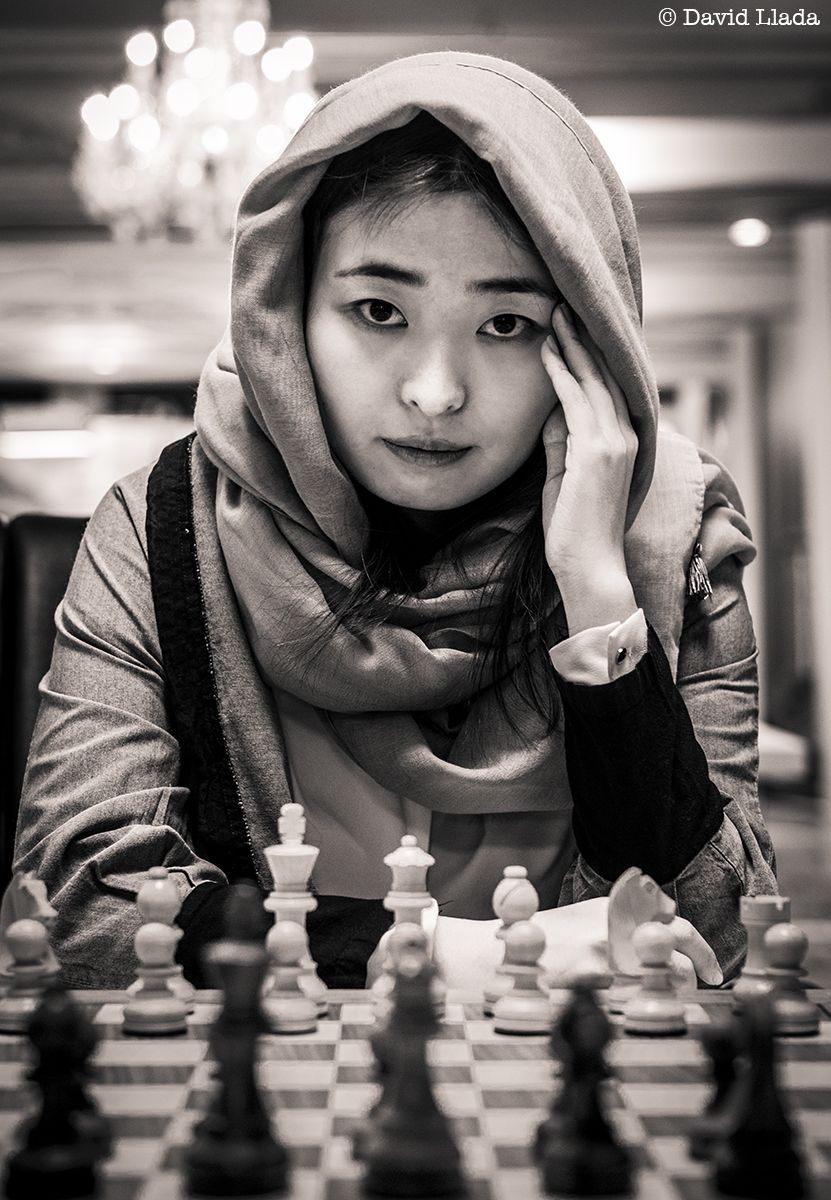 Ju Wenjun is the second-highest rated active female player in the world. 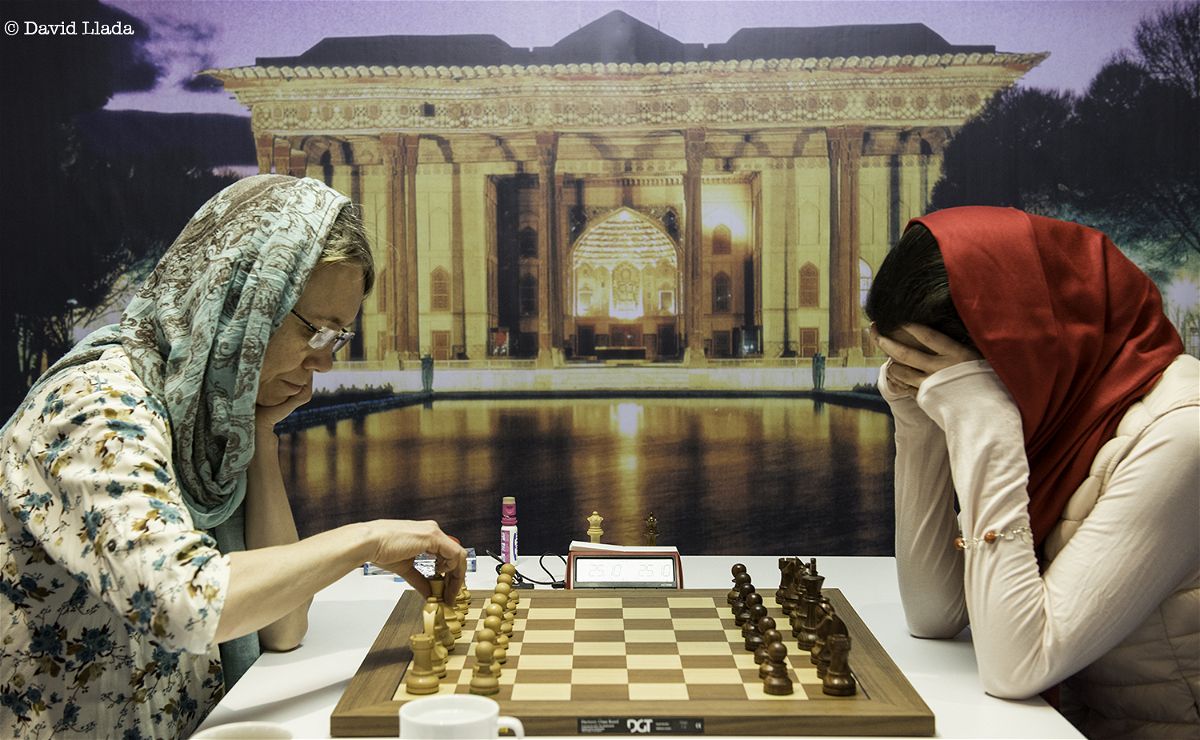 Pia Cramling and Alexandra Kosteniuk fought tooth and nail. Both rapid games in the first set of tiebreakers ended in draws. 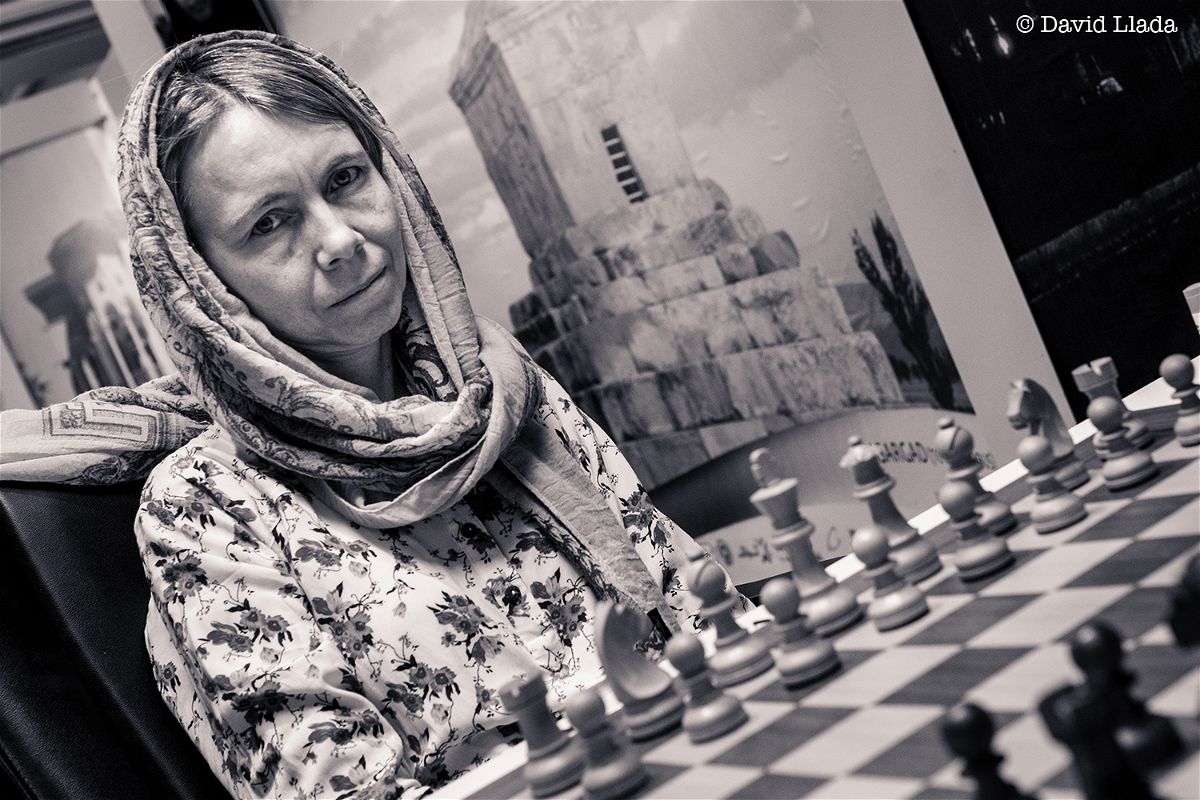 In the 10-minute rapid games, Cramling had a comfortable advantage which she lost and had to suffer a sad defeat. Perhaps shocked by the loss, she went down in the second game as well to be defeated 2-0. 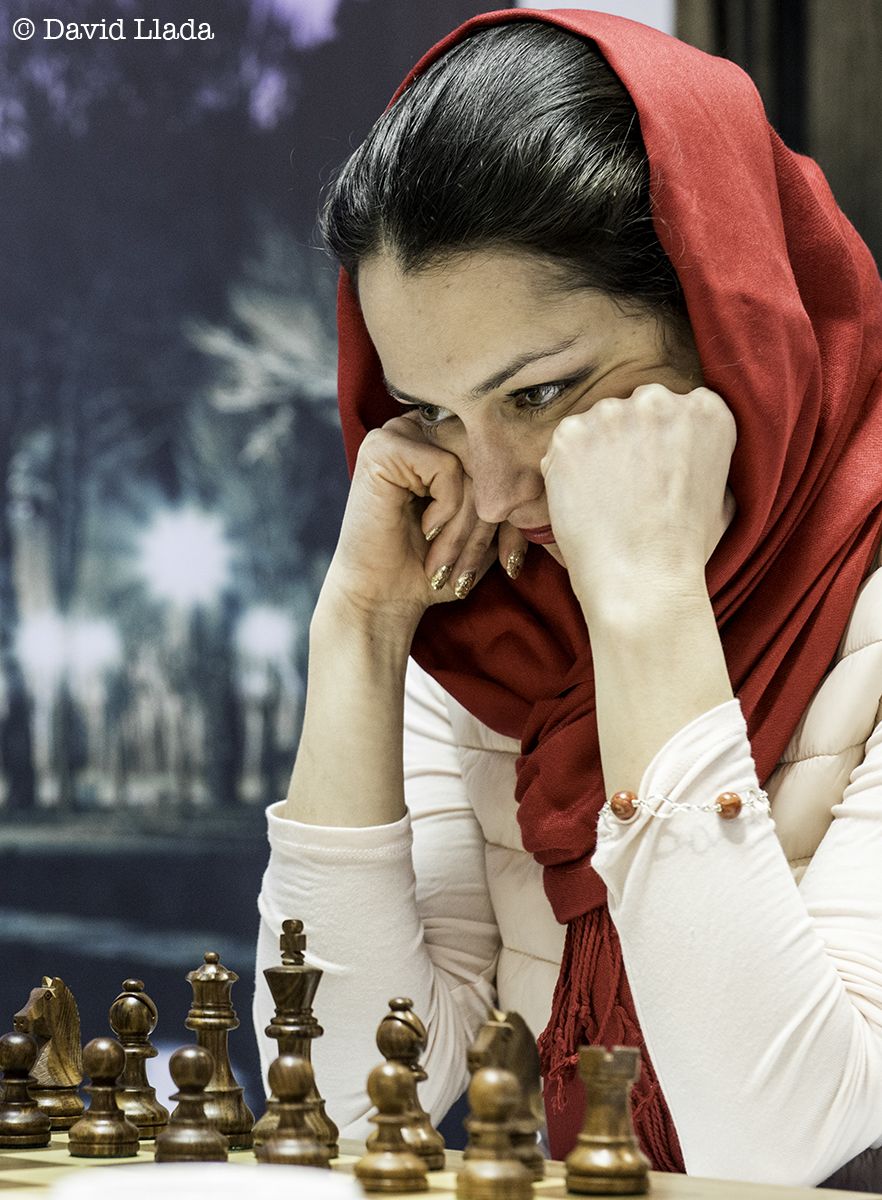 Kosteniuk is through to the Quarters. 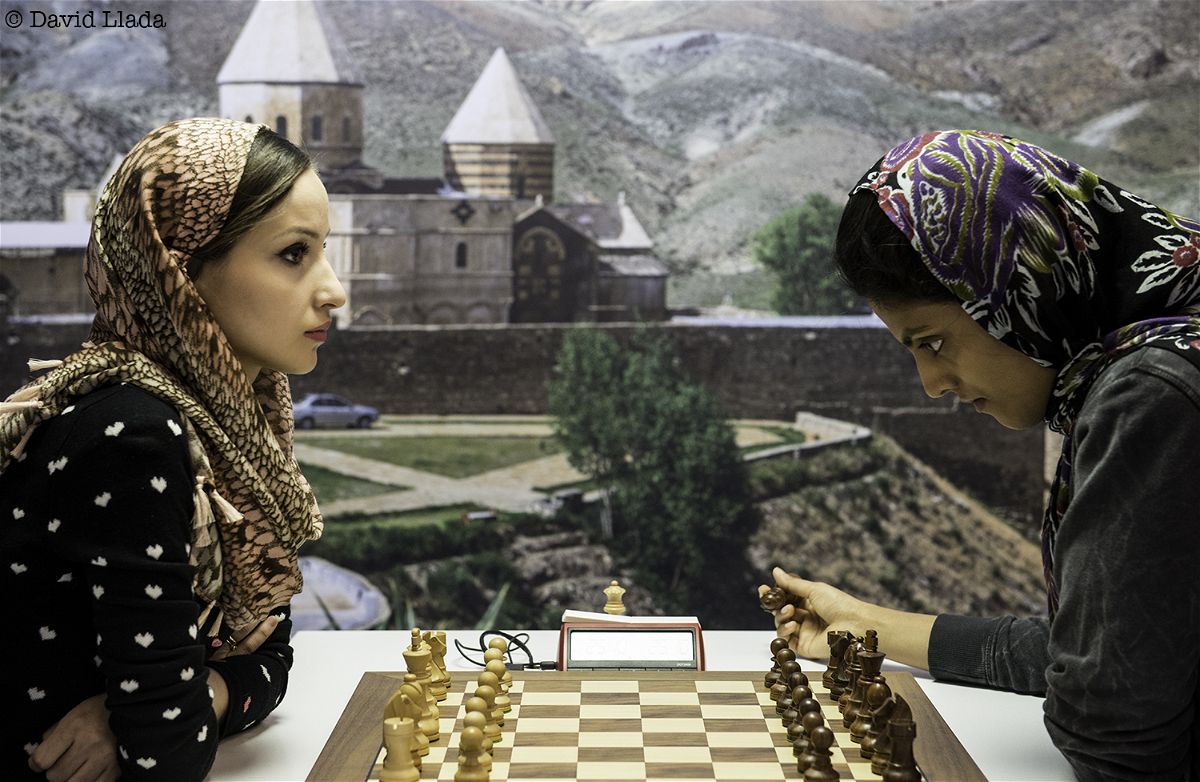 Sopiko played spiritedly but Harika held a draw in the first game. In the second game, Harika was CRUSHING Sopiko with white until she let her opponent off into a drawn ending. 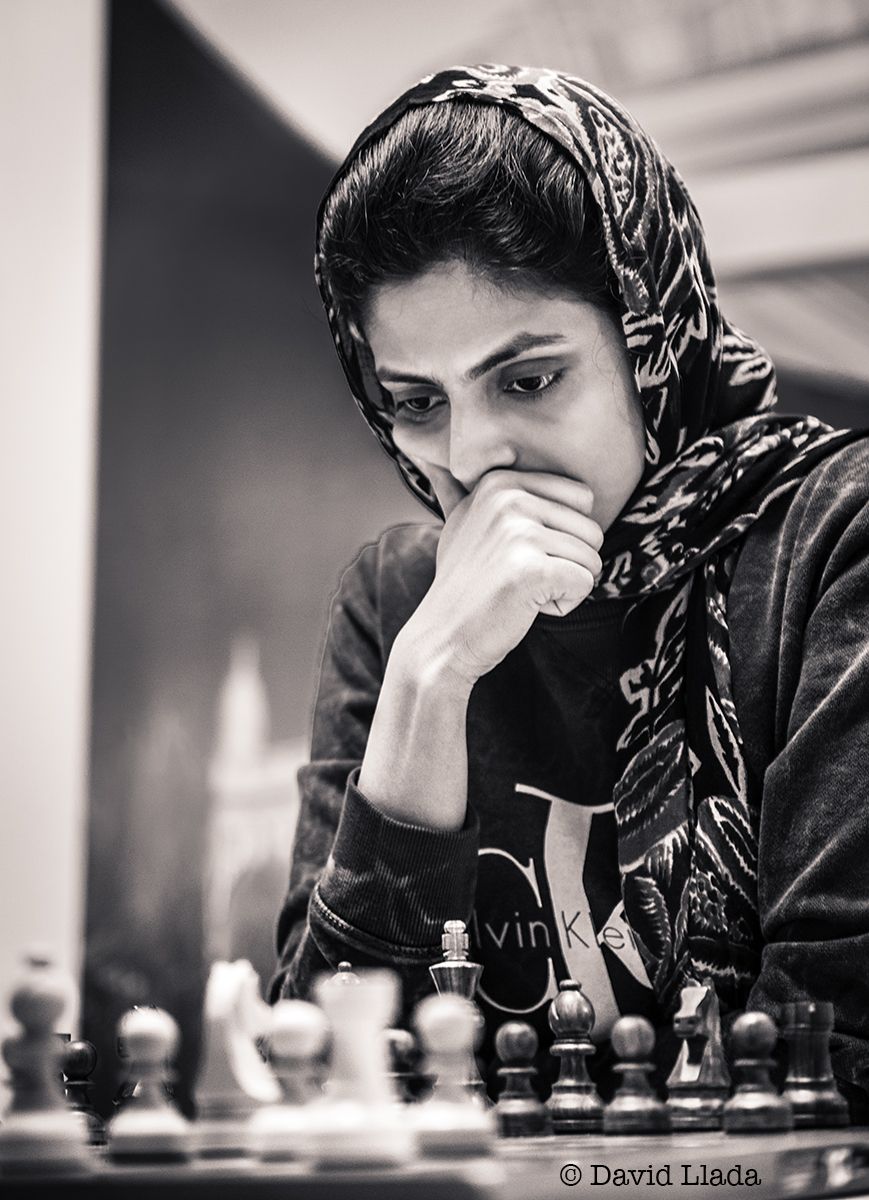 In the 10-minute rapid games, Harika won easily with white and cruised to the Quarters. 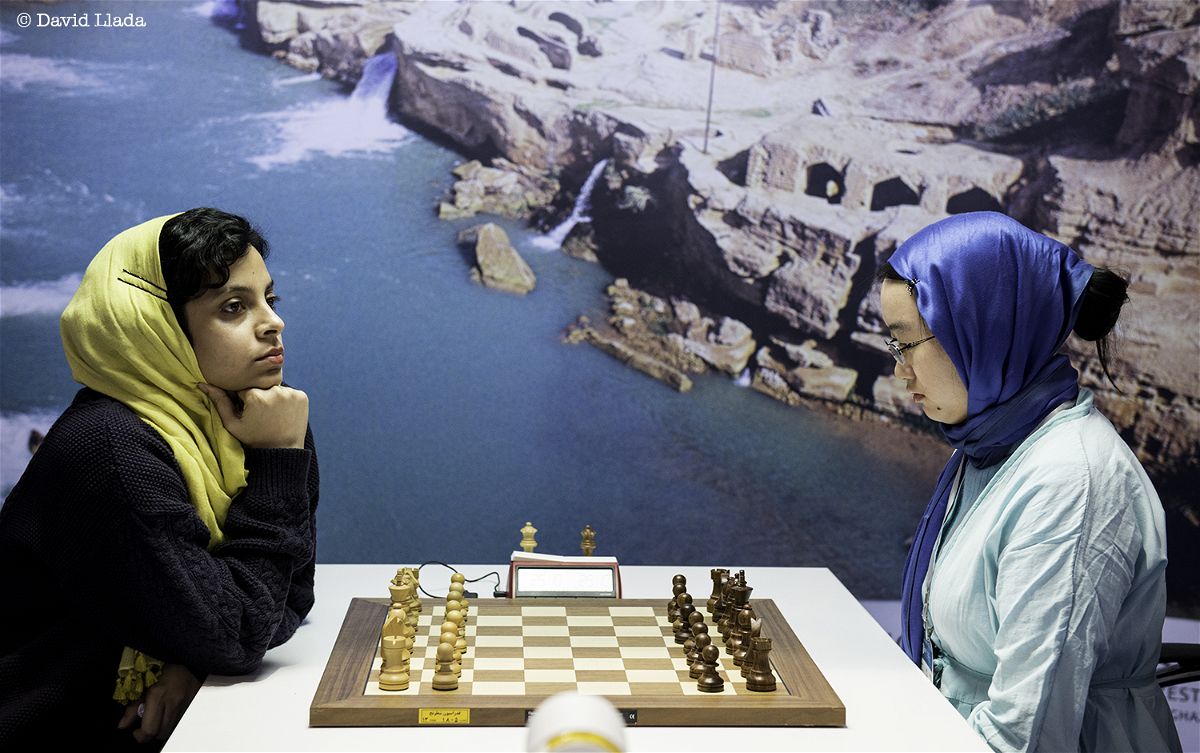 The Indian champ. became the pride and sorrow of chess today! Padmini Rout made the most of her white pieces in the first set of tiebreakers. She played a beautiful bishop+rook ending to win in 90 moves! but in the second game, things went south for the Indian pretty quickly and Zhongyi has equalized the match. 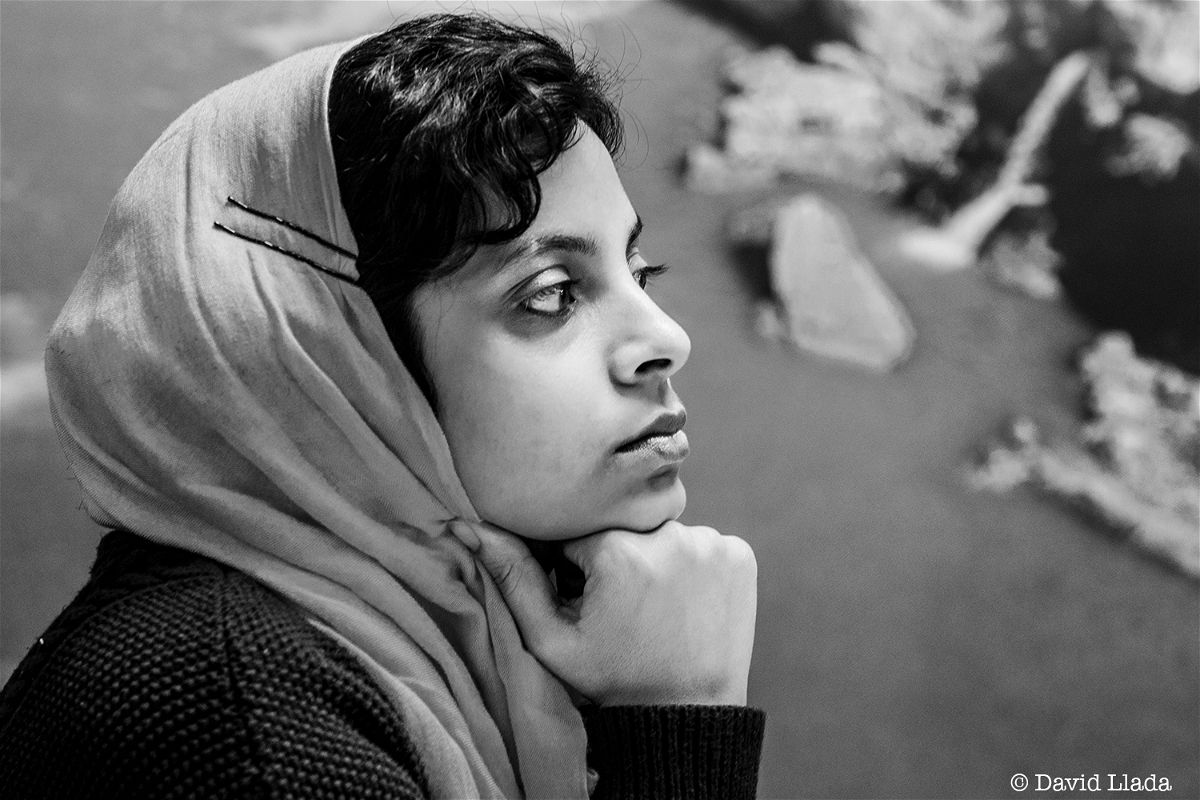 The fantastic comeback by Zhongyi must have upset Padmini as she was beaten soundly by Zhongyi in the first game. Padmini had to win at any cost in the second 10-minute game but she only drew. Padmini is out.

Share the News with your friends and family and tell them what happened!