It was a really sad day for Harika. All she had to do was hold the fort with the black pieces. Easier said than done—Dzagnidze played with flawless intent as she methodically dismantles the Indian hope. They go into tiebreakers now as the match has ended 1-1. Three players have already reached the semis. Illustrated report. 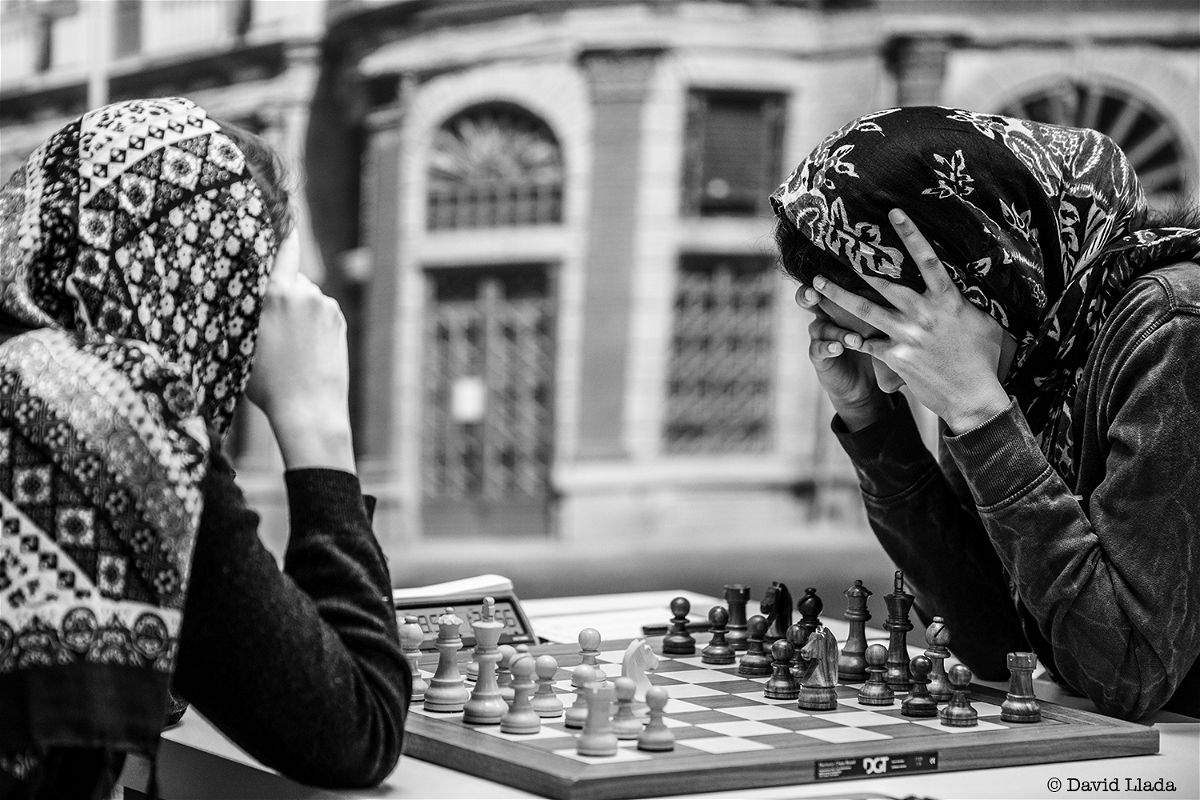 It was a dark day for Indian fans as Harika barely had any say in the game, except at one point.

Harika used up a lot of time thanks to a Dzagnidze's surprisingly solid opening choice. One would have imagined the Georgian going gung-ho to get the point in a must-win situation in the mini-match. Not Dzagnidze with her experience. She figured out a way to lull Harika into time pressure early in the game.

Objectively speaking, the game wasn't over—Harika had a golden opportunity to simply draw and advance to the semi-finals. 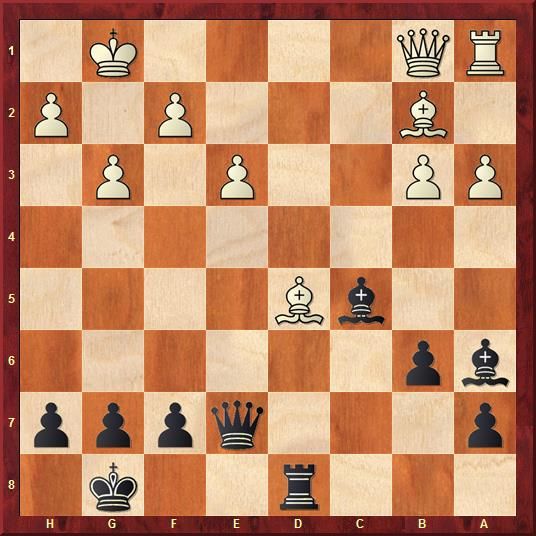 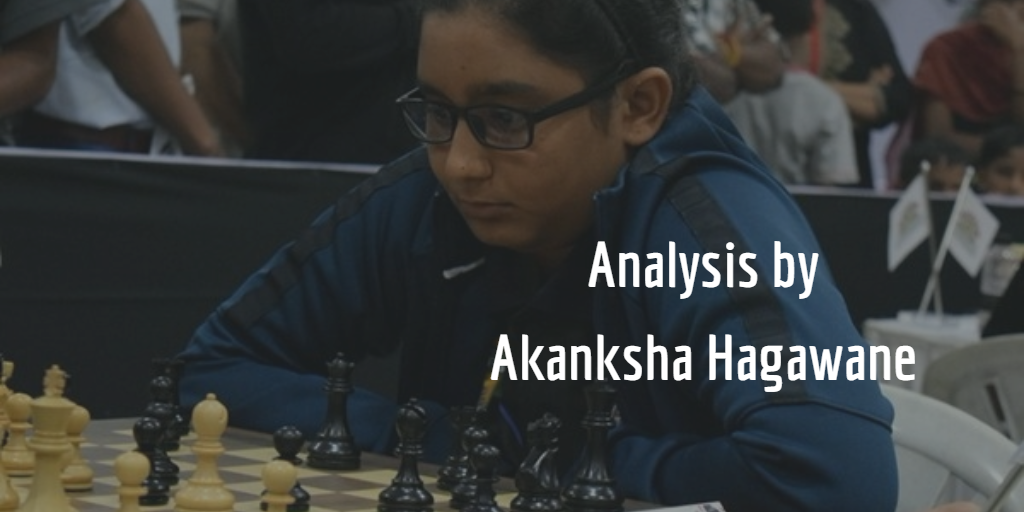 As our guest analyst, 16-year-old Aakanksha Hagawane, pointed out, it is incredibly difficult to find such ideas and convince yourself to play them.

Akanksha is the current World U-16 Girls Champion. She is also a former National Under 13 Champion; National Sub-Junior Champion; U-16 Commonwealth champion for two consecutive years (2015 and 2016); Asian champion in Under 16 in 2015 (classical and rapid); Bronze in classical and rapid at Asian Championship U-14.

Here is her analysis of the game: 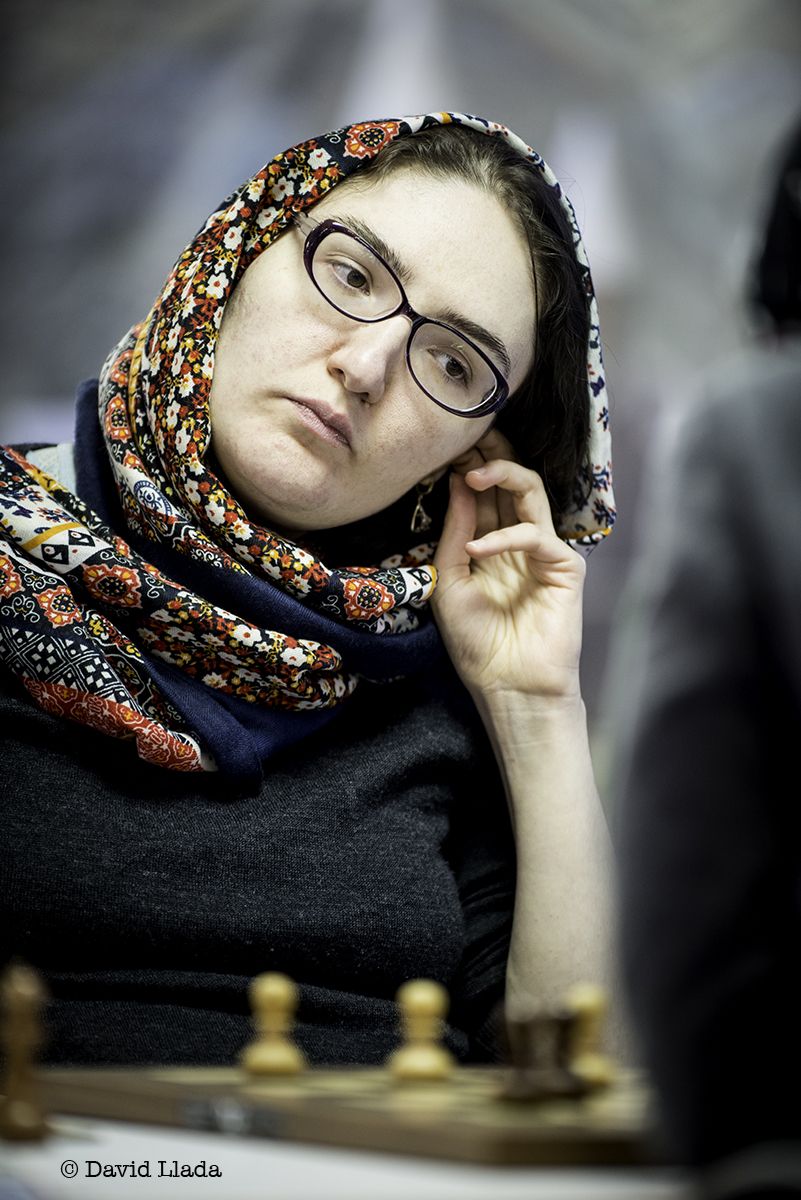 Nana Dzagnidze's immense experience is making it count. Can Harika break the Georgian and advance to the semis? 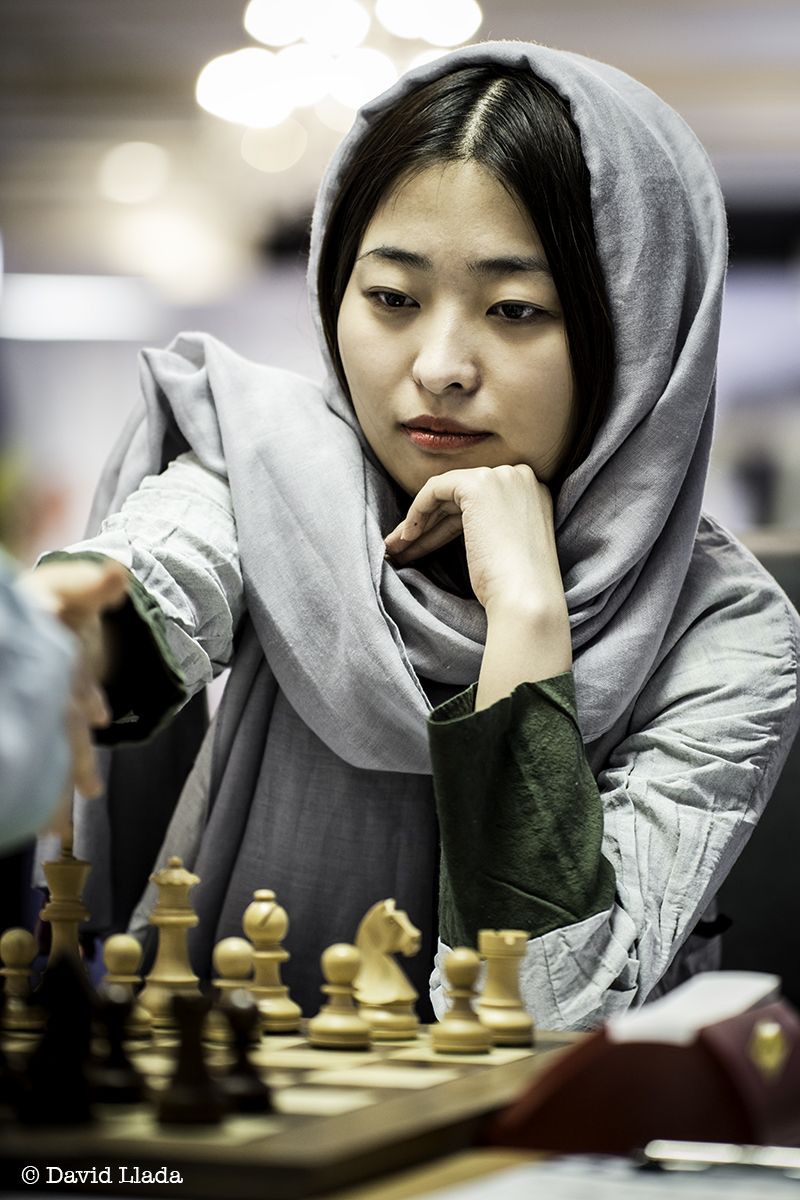 But the biggest shocks was Ju Wenjun's surprising loss to Tan Zhongyi. 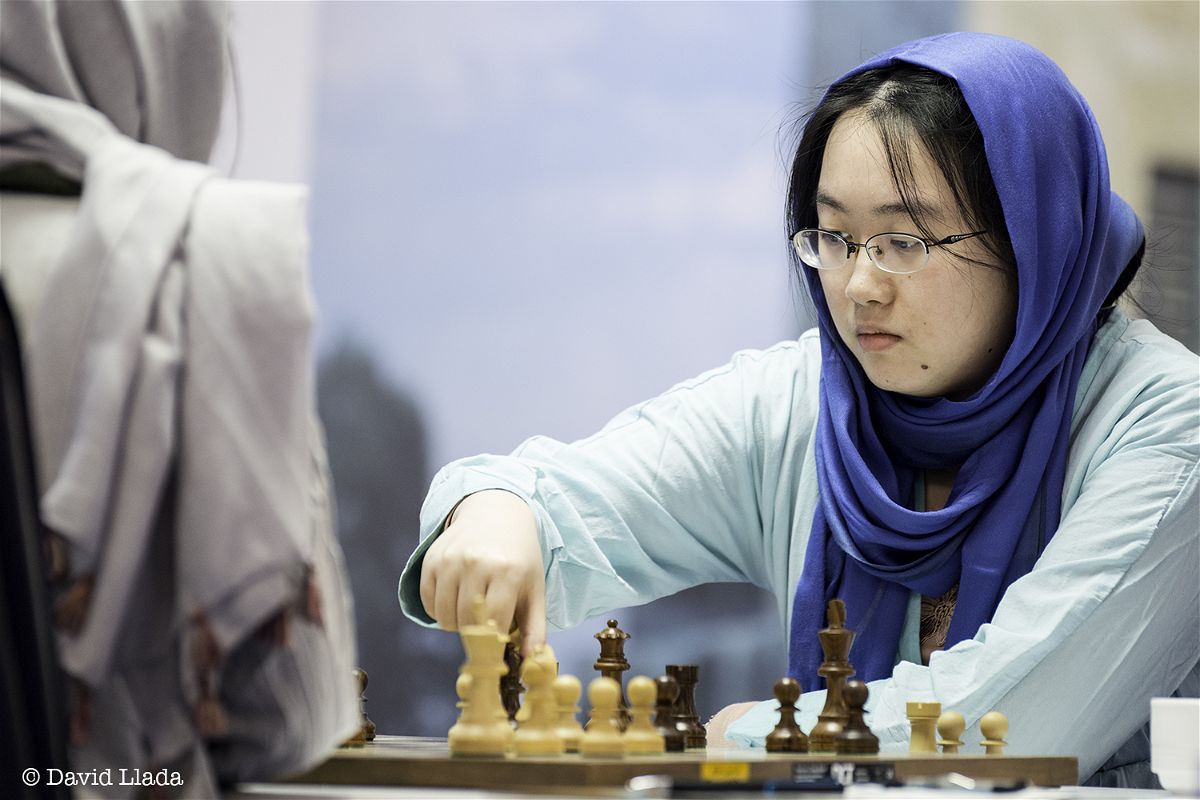 In the first game of their mini-match, Zhongyi had been pressing all along with white but faltered in the end to only draw. She was not so merciful in the second game where she defeated the top seed and the hot favourite with black! 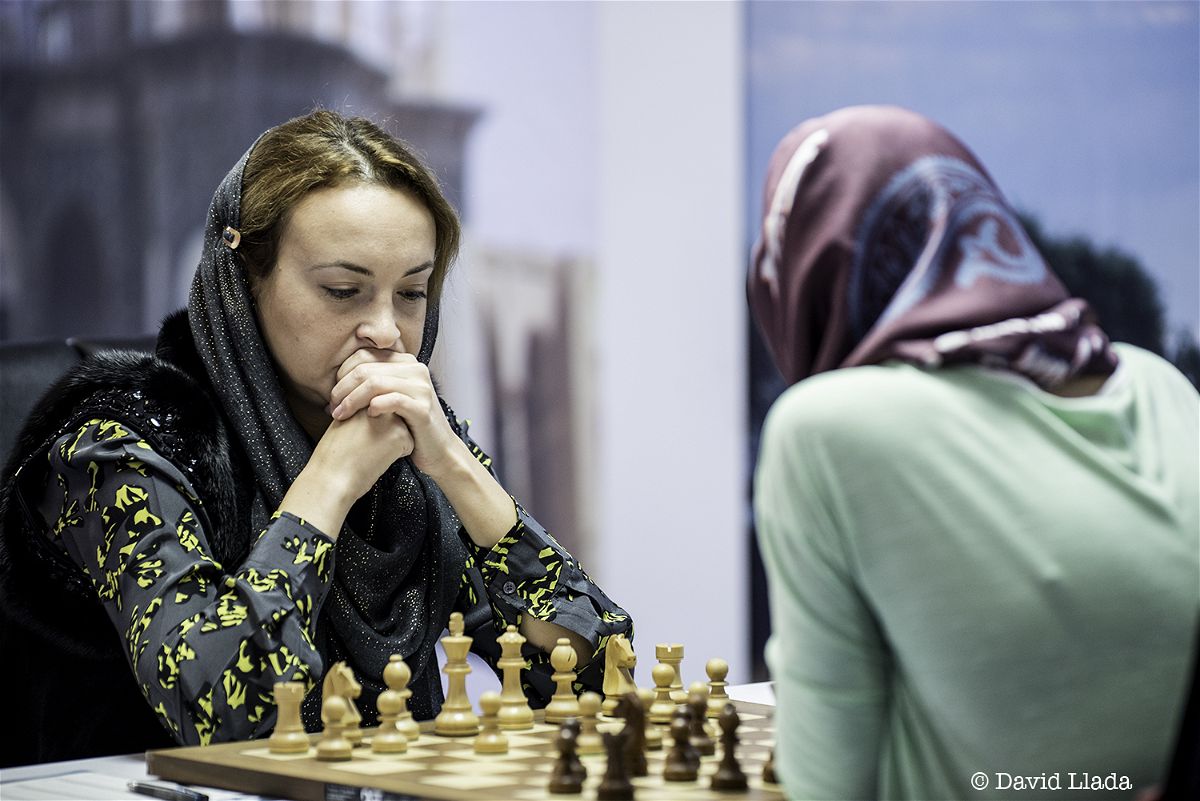 Antoaneta Stefanov battled hard with white and had an advantage, but... 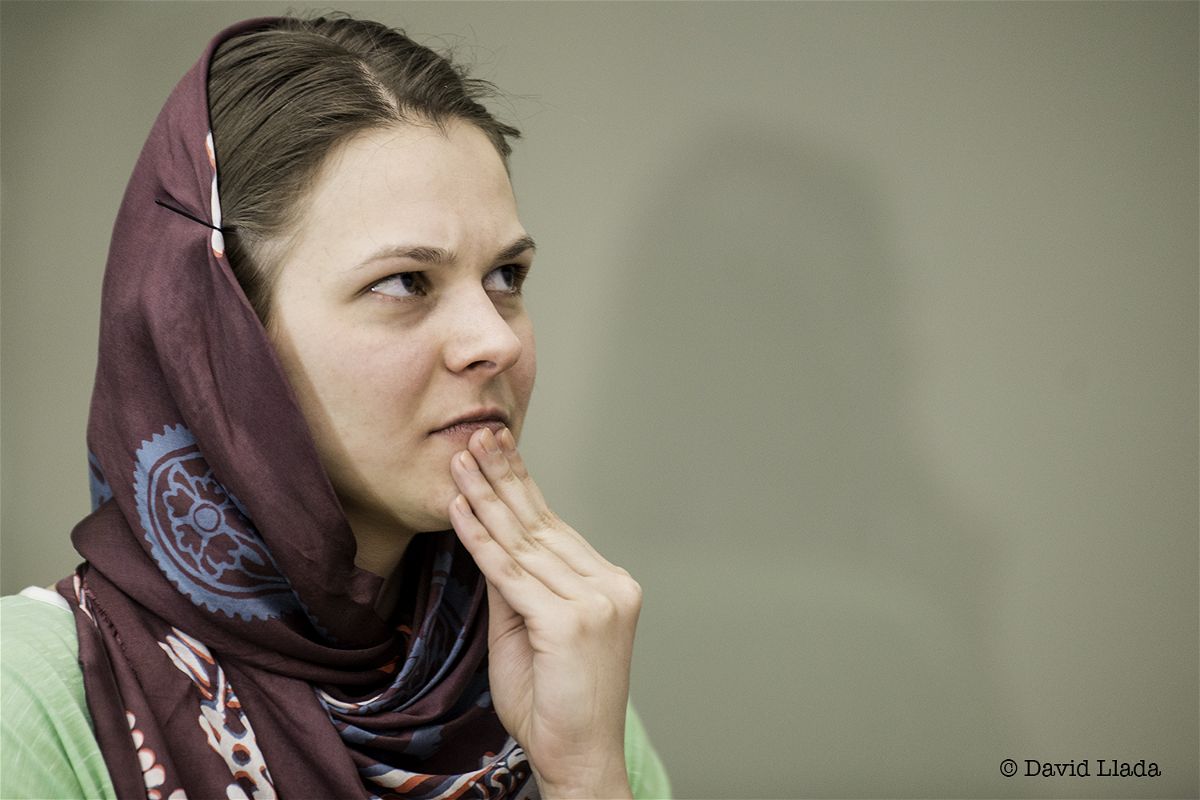 ...a couple of inaccuracies by the Bulgarian allowed Anna Muzychuk to steal a draw. As she had already won the first game, she qualified to the semis. 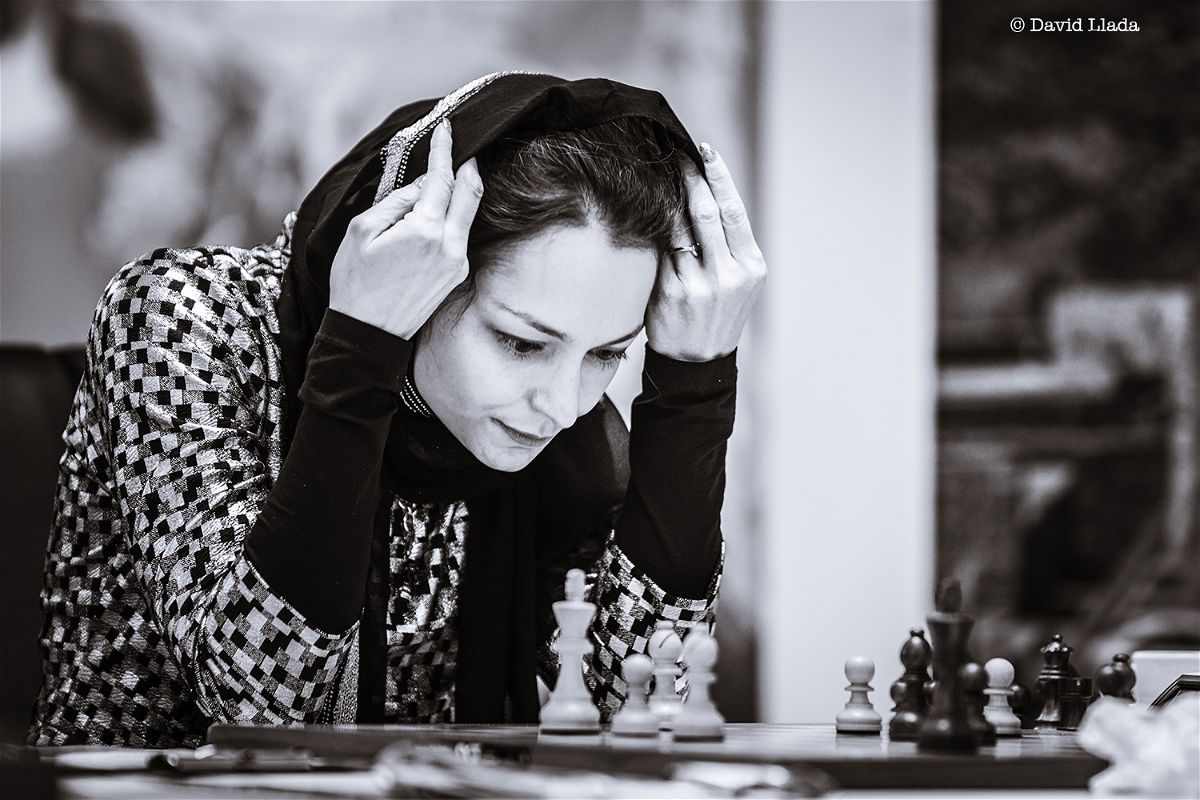 The only former world champion left in the fray, Alexandra Kosteiuk, made the most of her white pieces and beat... 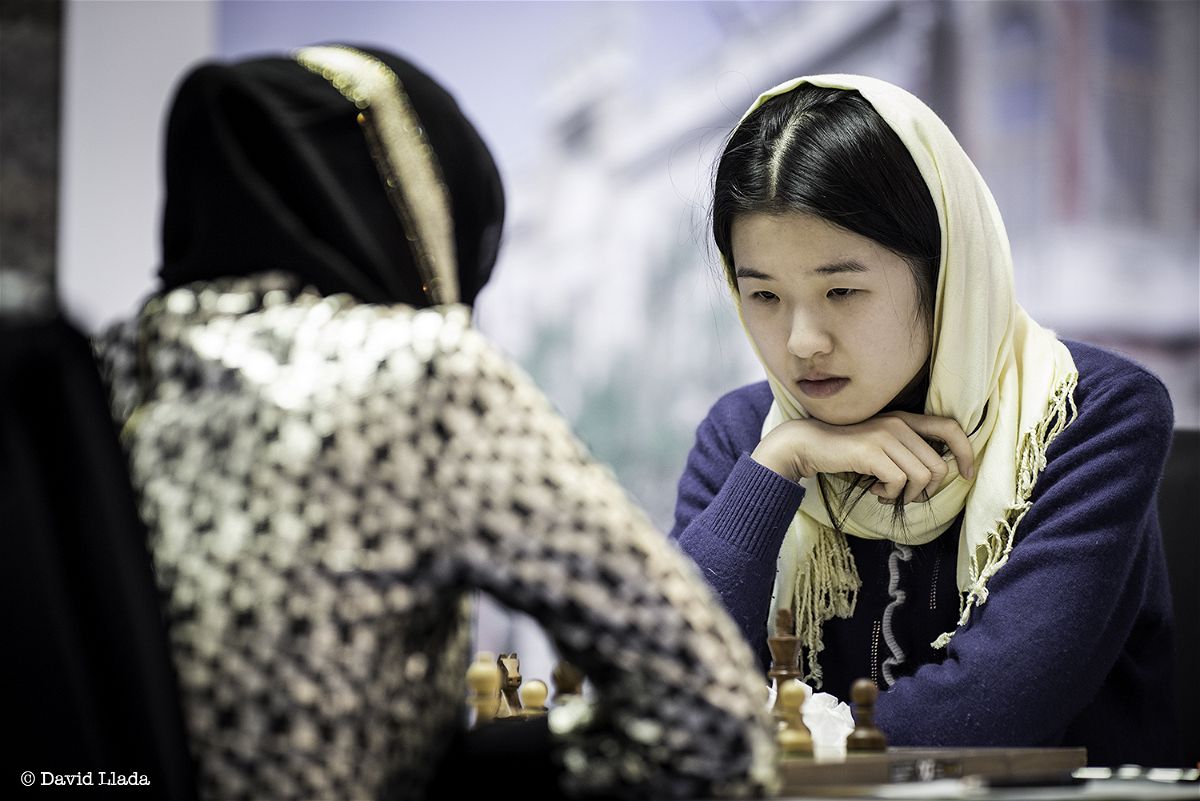 ...the talented but inexperienced Ni Shiqun of China. 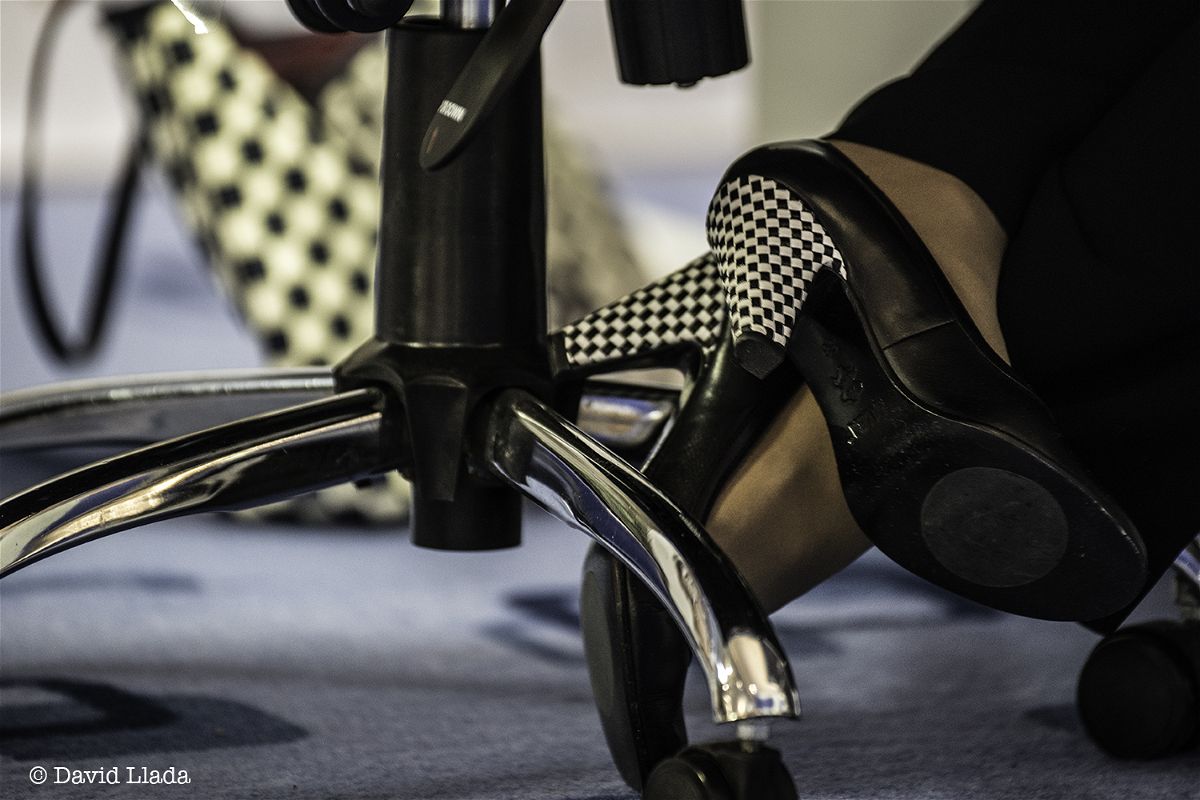 Style statement off the board. 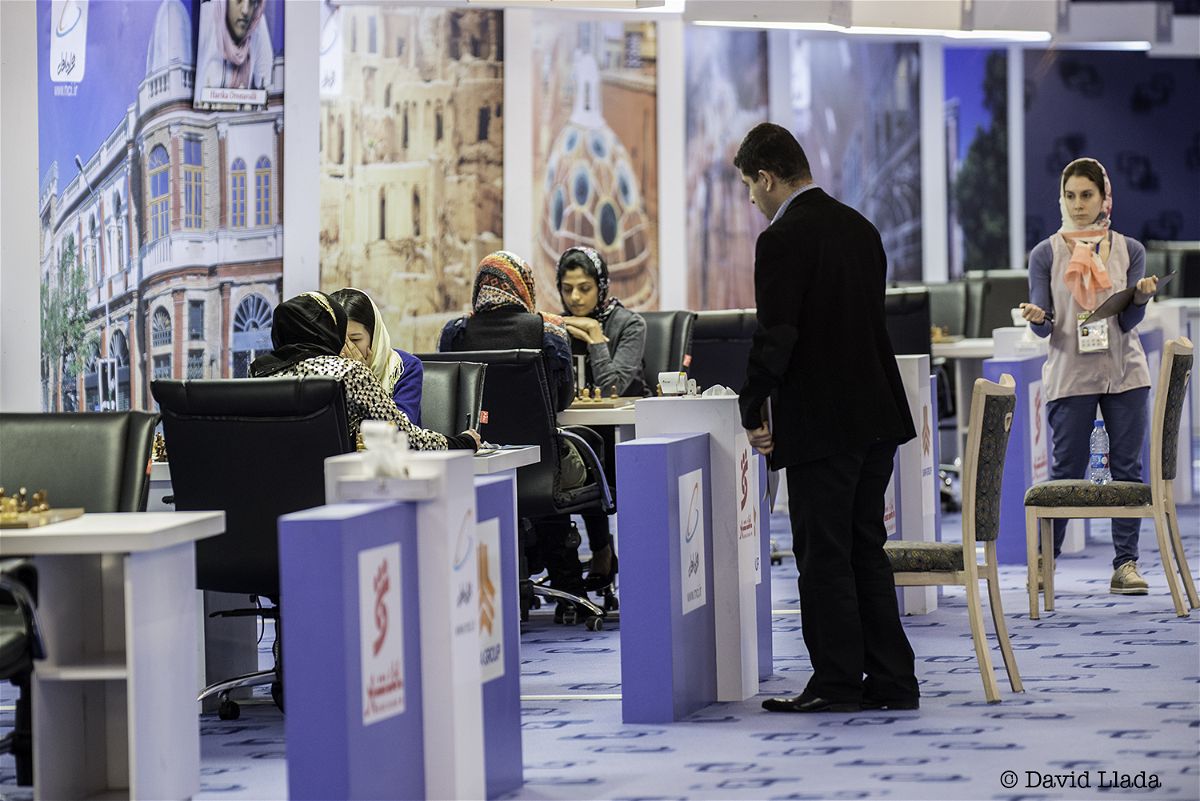 The playing arena will witness the only tiebreaker there is to play today. Harika will be competing in her fourth consecutive tiebreak matches.