Tal Memorial 03: Anand and Li Chao split the point in a Nimzo

A topical Nimzo-Indian led to a position in which Anand was certainly not worse at any point. He had an extra pawn, but Li Chao got a bit of an initiative. Anand decided to diffuse it by giving it back and reaching a very equal endgame in which White was more or less forced to repeat moves. We have an in-depth game analysis by none other than the five-time world champion Viswanathan Anand himself! You just cannot miss it. Of course, our very own IM Sagar Shah has also commented on the game for you. Enjoy this treat of an analytical report.

Tal Memorial 03: Anand and Li Chao split the point in a Nimzo

Vishy Anand settled for a draw with China's Li Chao while playing on the black side of a Nimzo Indian. It began rather funnily when Anand played some transpositional tricks to reach a position where Li Chao, with white, had the bishop pair and possibilities to expand in the center. But in return, White had a doubled pawn set-up. Anand eventually ended up playing his trumps better and had a slight edge in the middle game. He had an extra pawn, but Li Chao got a bit of an initiative. Anand decided to diffuse itt after he missed a few ideas. 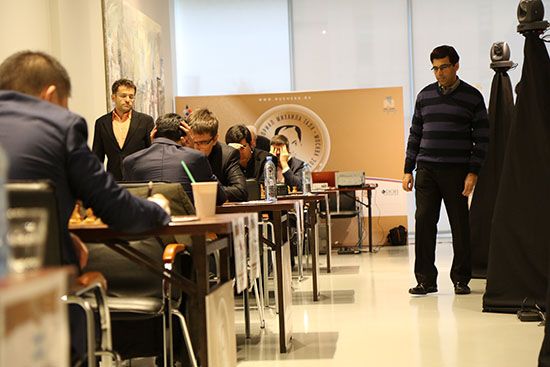 It was not at all a walk in the park 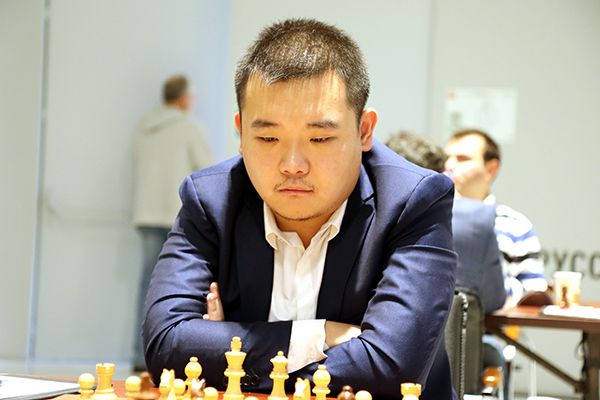 After the game, Anand commented, "It wouldn't surprise me if white is not worse because he did not make any serious mistakes. Just that he may not be better after the 15th move. But it could have been worse; it was very close for White because all the tactics sometimes worked by just one move." 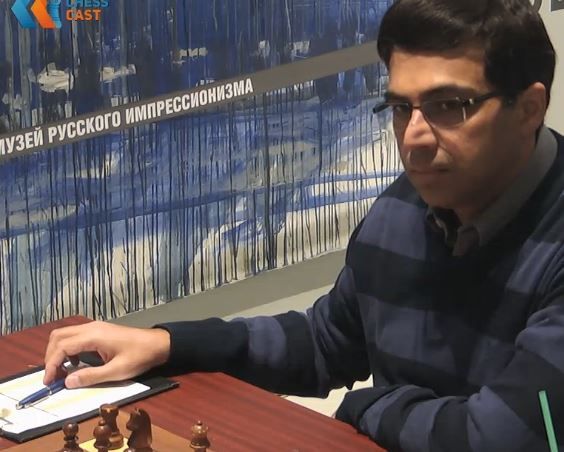 The five-time world champion has reached 2.0/3 and is sitting pretty at the second spot.

You can also have a look at IM Sagar Shah's take on Anand's game today, here:

Anyway, unbelievable scenes were witnessed in the tourney as Anish Giri won his second straight game. Spectators reportedly were trying to figure out the time when it last happened. Enjoy Alejandro Ramirez's report on the entertaining round on our international newspage here.

Round 03 games in PGN